The earliest known inhabitants of the Westport area as identified through archaeological finds date back 7,500 years.[8] Records from the first white settlers report the Pequot Indians living in the area which they called Machamux translated by the colonialists as beautiful land.[9] Settlement by colonialists dates back to the five Bankside Farmers; whose families grew and prospered into a community that continued expanding. The settlers arrived in 1693, having followed cattle to the isolated area.[9] The community had its own ecclesiastical society, supported by independent civil and religious elements, enabling it to be independent from the Town of Fairfield.[10] As the settlement expanded its name changed: it was briefly known as "Bankside" in 1693, officially named Green's Farm in 1732 in honor of Bankside Farmer John Green and in 1835 incorporated as the Town of Westport.[8][11][full ]

During the Revolutionary War, on April 25, 1777, a British force of 1,850 under the command of the Royal Governor of the Province of New York, Major General William Tryon, landed on Compo Beach to destroy the Continental Army's military supplies in Danbury.[12] Minutemen from Westport and the surrounding areas crouched hiding while Tryon's troops passed and then launched an offensive from their rear. A statue on Compo Beach commemorates this plan of attack with a crouching Minuteman facing away from the beach, looking onto what would have been the rear of the troops.[13] A sign on Post Road East also commemorates this event.[14]

The Town of Westport was officially incorporated on May 28, 1835, with lands from Fairfield, Weston and Norwalk.[8][15] Daniel Nash led 130 people of Westport in the petitioning of the Town of Fairfield for Westport's incorporation. The driving force behind the petition was to assist their seaport's economic viability that was being undermined by neighboring towns' seaports.[16] For several decades after that, Westport was a prosperous agricultural community, distinguishing itself as the leading onion-growing center in the U.S.[17] Blight caused the collapse of Westport's onion industry, leading to mills and factories replacing agriculture as the town's economic engine.[10]

Agriculture was Westport's first major industry. By the 19th century, Westport had become a shipping center in part to transport onions to market.

Starting around 1910 the town experienced a cultural expansion.[8][18] During this period artists, musicians, and authors such as F. Scott Fitzgerald moved to Westport to be free from the commuting demands experienced by business people.[19] The roots of Westport's reputation as an arts center can be traced back to this period during which it was known as a "creative heaven."[8]

In the 20th century, a combination of industrialization and popularity among New Yorkers attracted to fashionable Westport--which had attracted many artists and writers--resulted in farmers selling off their land. Westport changed from a community of farmers to a suburban development.[20][21]

In the 1950s through to the 1970s, New Yorkers relocating from the city to the suburbs discovered Westport's culture of artists, musicians and authors.[18] The population grew rapidly, assisted by the ease of commuting to New York City and back again to rolling hills and the "natural beauty of the town."[8][22] By this time Westport had "chic New York-type fashion shopping"[23][24] and a school system with a good reputation, both factors contributing to the growth.[18][22][23][24][25][26]

By the 21st century, Westport had developed into a center for finance and insurance, as well as professional, scientific and technical services.

Both the train station and a total of 26 percent of town residents live within the 100-year floodplain.[30] The floodplain was breached in 1992 and 1996 resulting in damage to private property, the 1992 flooding of the train station parking lot and the implementation of flood mitigation measures that include town regulations that affect renovations and additions to building within the floodplain zone.[] Westport, like Connecticut as a whole, is heavily Democratic. Hillary Rodham Clinton outscored Donald J. Trump by 42 points in 2016, marking the best performance for a Democratic presidential nominee in the town in over 60 years.

As of 2020, the Westport Police Department has a full-time complement of 64 sworn police officers that serve the Town of Westport.[44] This department is one of few Police Departments in the country to invest in electric and hybrid fleets.[45]

Below is a complete listing of all fire station locations and apparatus in the town of Westport. There are five elementary schools with a total of 2,556 students:

The Westport Library taken from the opposite side of the Saugatuck River.

The Rolnick Observatory, operated by the Westport Astronomical Society, is open to the public for free on clear Wednesday and Thursday evenings. The observatory is located at 182 Bayberry Lane, on a former Nike missile site.[62][63]

Westport's first newspaper dates back to the printing and publication of the first issue of The Saugatuck Journal on December 26, 1828.[19][64]

Westport is served by both English-language newspapers and news websites including Westport News[65] and WestportNow.[66] The town is also home to a monthly magazine Westport.

The financial services sector employs 7,171 in Westport; half of whom commute daily to Westport. The financial services industry is a major segment of the local economy. The major financial services companies in Westport now are Bridgewater Associates, a global investment manager and Westport's largest employer, Canaan Partners, an early stage venture capital firm focusing on IT and life sciences, and BNY Mellon.[67] Professional, scientific, and technical services companies include Terex, a Fortune 500 company manufacturing industrial equipment and offering professional and technical services around those products, and dLife, a multimedia diabetes education (and marketing) company. Comprising 234 acres (0.95 km2), Sherwood Island State Park is located on Long Island Sound and includes beach access. Compo Beach and Burying Hill Beach are municipal beaches that are open to out-of-town visitors in the summer for a fee. The state's 9/11 memorial was put in Sherwood Island State Park in Westport; on a clear day the New York City skyline can be seen.[71]

In 2011, Paul Newman's estate gave land to Westport to be managed by the Aspetuck Land Trust.[72]

In 2010, the historic Wakeman Farm was reopened to the public as the Wakeman Town Farm and Sustainability Center. The town's website describes as an "organic demonstration homestead open to the public. The Farm is a model facility created to educate the community with local healthy food production, responsible land stewardship, sustainable practices and community service orientation."[73] Interstate 95, the Merritt Parkway, and U.S. 1, as well as the Saugatuck River, run through Westport.

Westport has two train stations, Green's Farms and Westport on the Metro-North Railroad's New Haven Line, which serves Stamford and Grand Central Terminal in New York City or New Haven-Union Station. This line is shared with Amtrak trains as it is part of the Northeast Corridor, but no Amtrak services stop at Green's Farms or Westport. The nearest Amtrak stations are at Bridgeport (10 miles) and Stamford (12 miles).

A recent initiative by residents of the Town of Westport, Connecticut, culminating in a 2019 report.[74] It is part of a greater interest to improve pedestrian and cyclist options from the major places of interest in town: downtown Westport to the Westport Train Station. This approximate two-mile stretch of road is most directly accessible via Post Road East (U.S. Route 1) to Riverside Avenue. The third iteration of the study will more specifically address ways in which this path can be improved for people not traveling by car; the first report considered the conditional state of the path and the second analyzed traffic conditions.

The Westport Planning and Zoning Commission[75] is interested in offering more sustainable and accessible transit options: in 2017 the Commission released a report on alternate transit options,[76] complete with surveys of town residents and maps of current sidewalks and bike paths. The lack of sidewalks on some two-way arterial and many collector streets may increase the potential for accidents. This is occurring in tandem with the Connecticut Department of Transportation's notable laws which support users of all transit forms: the Complete Streets Law of 2009,[77] the 2014 Vulnerable User Law,[78] and the 2015 Bike Bill.[79] A true application of change in the post-Complete Streets law is the restriping of road shoulders by the DOT across the state, including the many, already narrow, two-way streets. The narrowing of roads[80] is known to encourage slower, safer driving, which protects pedestrians and cyclists, as well as auto users. This form of traffic calming is thus in line with Vision Zero, an interest by New Urbanists and city planners focused on reducing traffic-caused injuries and fatalities.

The Norwalk Transit District, with several routes available for Westporters due to support by the Town of Westport, offers another form of transit for mainly commuting use.

Among the many actors, singers and other entertainers who have lived in town is Paul Newman who resided in Westport from 1960 until his death in 2008. His wife, Joanne Woodward, still resides in town.[90][91] Fala (1940-1952), President Franklin D. Roosevelt's dog, was an early Christmas gift from Mrs. Augustus G. Kellogg, a town resident.[92] Actress Grace Carney moved to Westport in 1979, when she became president of United Tool and Die, a company started by her father.[93] She died in the city in 2009.[94] Actress Gene Tierney grew up in Greens Farms.[95] Adult film star Marilyn Chambers grew up in Westport under her given name Marilyn Briggs. Martha Stewart also lived in Westport at her historic estate of Turkey Hill.[96] Jean Donovan, a lay Roman Catholic missioner martyred in El Salvador in 1980 grew up in Westport and graduated from Staples High School. She is honored on the litany of saints by the Lutheran World Federation and by The Anglican Communion. Academy Award winner Sandy Dennis lived in Westport until her death in 1992. Actor Christopher Walken lives in Westport. Former FDA chief Dr. Scott Gottlieb is a resident of Westport.[97] 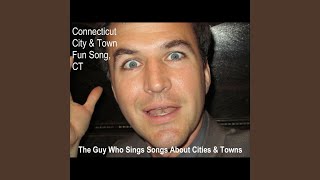 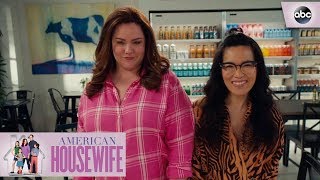 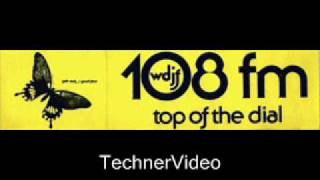 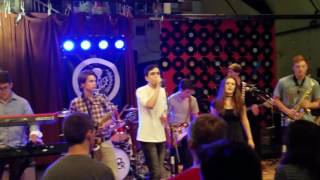 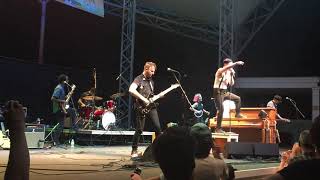 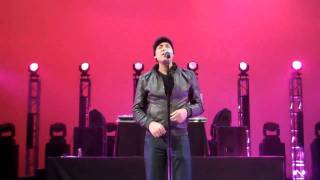 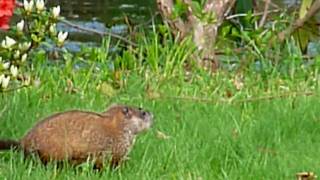 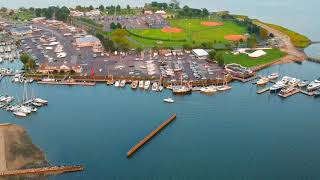 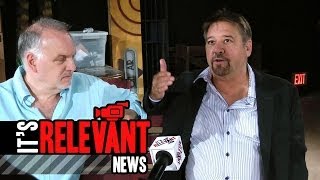 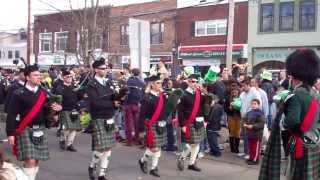 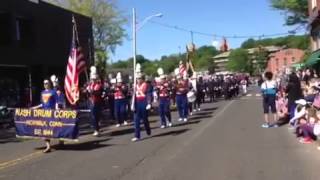 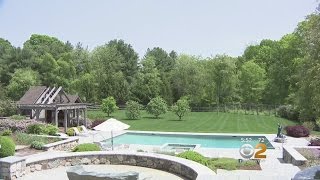 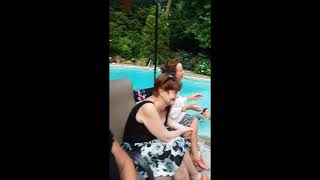 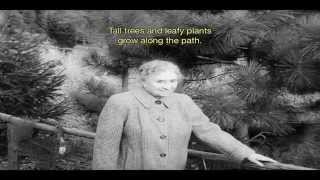 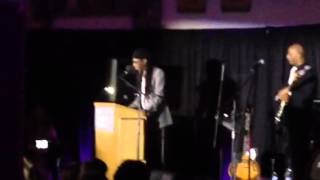 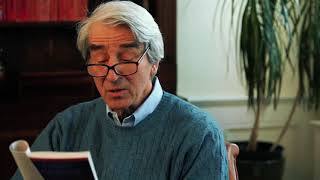