Vincent Grant Gill (born April 12, 1957) is an American country singer, songwriter and multi-instrumentalist. He has achieved commercial success and fame both as frontman to the country rock band Pure Prairie League in the 1970s and as a solo artist beginning in 1983, where his talents as a vocalist and musician have placed him in high demand as a guest vocalist and a duet partner.

He has recorded more than 20 studio albums, charted over 40 singles on the U.S. Billboard charts as Hot Country Songs, and has sold more than 26 million albums. He has been honored by the Country Music Association with 18 CMA Awards, including two Entertainer of the Year awards and five Male Vocalist Awards. As of 2017, Gill has also earned 21 Grammy Awards, more than any other male country music artist. In 2007 he was inducted into the Country Music Hall of Fame. On February 4, 2016 Gill was inducted into the Guitar Center Rock Walk by Joe Walsh of the Eagles.[1] In 2017, Vince Gill and Deacon Frey were hired by the Eagles to fill-in for the late Glenn Frey.

Gill has been married to singer Amy Grant since March 2000.

Vince Gill was born in Norman, Oklahoma.[2] His mother had a son, Bob Coen, from a previous marriage. He was Gill's half-brother, but was considered a full brother by Gill.[3]

His father, J. Stanley Gill, was a lawyer and administrative law judge[4] who played in a country music band part-time and encouraged Gill to pursue a music career. His father encouraged him to learn to play banjo and guitar, which he did along with bass, mandolin, dobro and fiddle.[5]

Gill attended high school at Oklahoma City's Northwest Classen High School. While there he performed bluegrass in the band Mountain Smoke, which built a strong local following. After graduating from high school in 1975, he moved to Louisville, Kentucky, to join the band Bluegrass Alliance. Afterwards he spent a brief amount of time in Ricky Skaggs's Boone Creek band before moving to Los Angeles to join Sundance, a bluegrass group fronted by fiddler Byron Berline.[]

Gill debuted on the national scene with the country rock band Pure Prairie League in 1979, appearing on that band's album Can't Hold Back. He is the lead singer on their song "Let Me Love You Tonight". Mark Knopfler once invited him to join Dire Straits, but he declined the offer (although he sang backup on the Dire Straits' album On Every Street). He provided background vocals for the song "Tennessee Line", from Daughtry's second studio album, Leave This Town.[6] Gill left Pure Prairie League in 1981 to join Cherry Bombs, the stage band that backed Rodney Crowell. There he worked with Tony Brown and Emory Gordy Jr., both of whom would later produce many of his albums.[5] He recorded a bluegrass album, Here Today, with David Grisman and friends[] before signing a solo deal with RCA with whom he achieved some success including the singles, "Victim of Life's Circumstance" (U.S. Country Top 40) and Country Top Ten with "If It Weren't for Him", "Oklahoma Borderline" and "Cinderella". However his albums achieved only moderate sales and in 1989, Gill left RCA to sign with MCA Records. Here, reunited with Tony Brown as producer, he sold over a million copies of his label debut, 1989's When I Call Your Name, of which several songs, including the title track, made the U.S. Country charts' Top Ten / Top Twenty.[7] This was followed by the similarly successful albums, Pocket Full of Gold (1991) and I Still Believe in You, of which the title track went to U.S. Country No. 1.

Throughout the 1990s and into the 2000s Gill continued to release highly successful albums, capitalizing on the virtuoso quality of his electric and acoustic guitar playing, his pure, high and soulful tenor voice, and the excellent quality of his songwriting. According to his biography on AllMusic, Gill has won more CMA Awards than any performer in history,[] and as at 2018 has also won 21 Grammy Awards, which represents the most ever by a country artist.[]

In July 2011, Gill appeared as a guest on NPR's news quiz show Wait, Wait...Don't Tell Me.[11] Also in 2011, he appeared on the second of two bluegrass tribute albums for the British rock band The Moody Blues: Moody Bluegrass TWO... Much Love (2011).[12] In May 2011, Carrie Underwood was one of the seven women to be honored by the Academy of Country Music at the Girls' Night Out: Superstar Women of Country special. At the ceremony, Gill introduced Underwood and presented her with the special award. He sang one of her hits, "Jesus, Take The Wheel", and joined Underwood on a rendition performance of "How Great Thou Art". The video of the performance went viral within two days.[13]

Gill (third from right) with The Time Jumpers in Golden Gate Park, 2012

In February 2012, Gill announced, "For the first time in 30 years, I don't have a record deal. Don't know that I want one."[14] In March 2012, he performed at the Southern Kentucky Performing Arts Center in Bowling Green, Kentucky, for its opening night. In April 2012, it was confirmed that Gill had been working with Bonnie Tyler on her upcoming album, performing a duet with her entitled "What You Need from Me".[15]

In June 2012, he was touring and performing only bluegrass songs.[16]

On October 15, 2012, it was announced that Gill would be featured in a song by Kelly Clarkson titled "Don't Rush", which appears on Clarkson's first Greatest Hits album. The album was certified Gold by the RIAA and has sold 509,093 copies as of October 13, 2013.[]

On November 5, 2014, at the 48th annual CMA Awards Gill received the Irving Waugh award for excellence in country music. This was only the fourth time the award had been granted since its inception in 1983. The previous country music artist to receive the award was Johnny Cash.[18]

In 2016, Gill was selected as one of 30 artists to perform on Forever Country, which celebrates 50 years of the CMA Awards.[19]

In his career Gill has sold more than 26 million albums and accumulated more than 50 Top 40 hits.[20]

In 1968, Gill's older half-brother, Bob Coen, was involved in a severe car crash. Bob was 22 years old at the time, while Gill was 11. The accident placed Bob in a coma for three months and left him with non-reversible brain damage. He subsequently struggled in life and would lose contact with his family and friends. He died in 1993.[3] Gill wrote the song "It Won't Be the Same This Year" for his brother. He dedicated his 1993 Christmas album Let There Be Peace on Earth and his first televised Christmas special that year to Coen.[]

Gill met country music singer Janis Oliver of Sweethearts of the Rodeo in Los Angeles when they were both starting out in music. The two married in 1980. Their daughter Jenny was born in 1982.[18] In 1983 the couple moved to Nashville. Gill worked as a session guitarist, sang back-up, and continued to write songs while his wife's career reached notoriety. Occasionally Gill would mix sound for his wife's band. The two divorced in 1997.[23] Amy Grant and Gill at a 2004 concert to show support for U.S. military men and women

Gill met Christian music artist Amy Grant in 1993 when he asked her to perform in his first televised Christmas special. They formed a lasting friendship. Both parties were in troubled marriages. Grant and then husband Gary Chapman began divorce mediation in 1998, with Grant moving out of the home and filing for divorce in early 1999. The divorce was finalized in June 1999. Gill and Grant began to see each other publicly a few months later. In March 2000 they were married. Together they have one daughter, Corrina.[23]

Gill's concert at the Kauffman Center in Kansas City, Missouri, was picketed September 8, 2013 by the Westboro Baptist Church of Topeka, Kansas, ostensibly over his divorce and subsequent remarriage to Grant.[24]

Gill has a keen interest in golf and has been playing since early childhood. A scratch golfer, he has organized and participated in many charity events centered around golf. In 1993 Gill founded the Vinny Pro-Celebrity Golf Invitational, which serves as the primary beneficiary for the Tennessee Golf Foundation. In 2003 the PGA awarded him the PGA Distinguished Service Award for his work in charity and in promoting junior golf.[25]

Gill is a member of the board of directors of the Predator Foundation charity organization.[26] 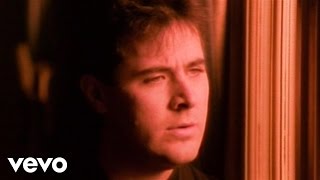 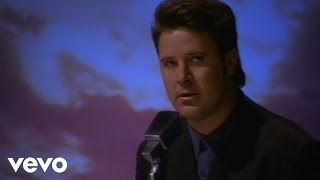 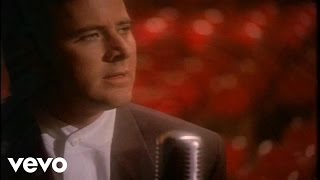 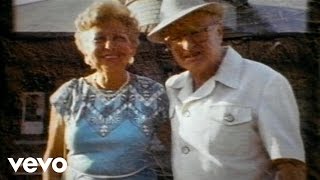 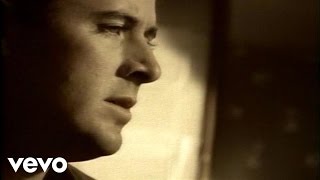 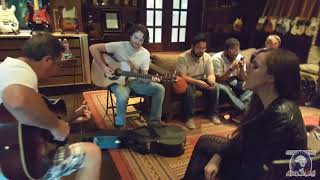 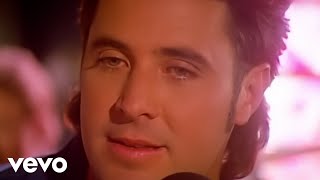 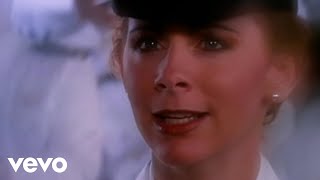 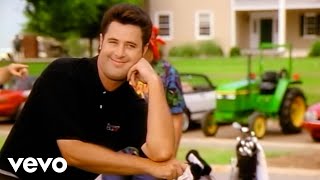 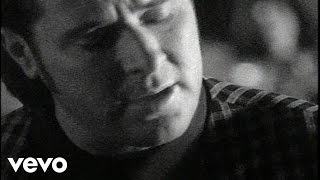 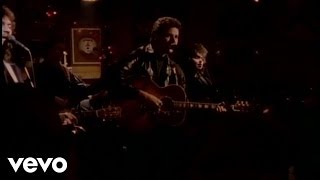 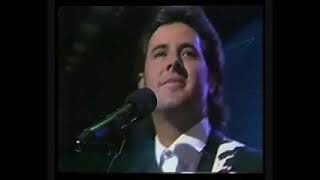 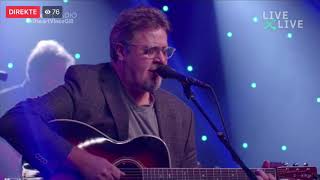 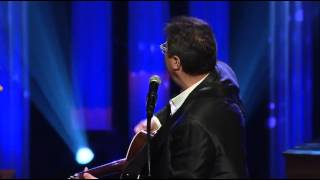 Vince Gill & Carrie Underwood - How Great Thou Art .. at the ACM "Girls Night Out" Awards
Watch   Add to List   Share 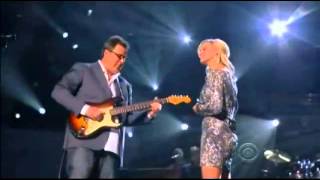 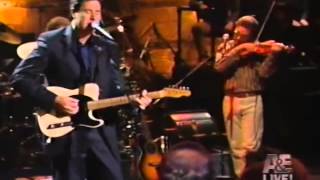 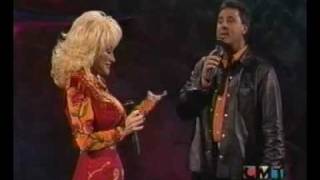 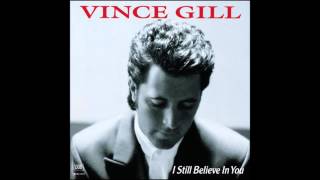