In 1909, the Suburban Homes Company - a syndicate led by Hobart Johnstone Whitley, general manager of the board of control, along with Harry Chandler, H. G. Otis, M. H. Sherman and O. F. Brandt - purchased 48,000 acres of the Farming and Milling Company for $2.5 million.[1] Henry E. Huntington extended his Pacific Electric Railway (Red Cars) through the Valley to Owensmouth (now Canoga Park). The Suburban Home Company laid out plans for roads and the towns of Van Nuys, Reseda (Marian) and Canoga Park (Owensmouth). The rural areas were annexed into the city of Los Angeles in 1915.[2][3]

The town was founded in 1911 and named for Isaac Newton Van Nuys, a rancher, entrepreneur and one of its developers.[4][5] It was annexed by Los Angeles on May 22, 1915,[6] after completion of the Los Angeles Aqueduct, providing it with the water required for further growth.[7] Van Nuys was the first new stop on the San Fernando Line of the Pacific Electric Railway red cars system, which boosted its early land sales and commercial success.[5] From as far as Alhambra, in 1917, day trips were organized for potential buyers of five-acre farms.[8]

In 1991, Marvin Braude, a member of the Los Angeles City Council, redesignated a 45-block area of Van Nuys as a part of Sherman Oaks.[9] This redesignated area included the community of Magnolia Woods.[10] Some area residents had presented a petition and several original deeds that stated "Sherman Oaks" to Braude. They argued that the area was a part of Sherman Oaks until the 1960s, when ZIP Codes labeling the area as Van Nuys were established.[9]

In October 2005, the Metro Orange Line opened with two stations.[]

In 2014, a "Great Streets" project was introduced by Mayor Eric Garcetti with Van Nuys Blvd. to be redesigned between Victory Blvd. and Oxnard Street. Also, Sepulveda Blvd. was resurfaced between Victory Blvd and Oxnard Street in May 2014. A new Los Angeles County family services building was built on the southwest corner of Van Nuys Blvd. and Saticoy Street in 2016.[]

Some former Van Nuys neighborhoods won approval in 2009 by the Los Angeles City Council to break off from Van Nuys and join the neighboring communities of Lake Balboa, Valley Glen, and Sherman Oaks[13] in an effort to raise their property values. City Council member Tony Cardenas "suggested the change was motivated by racism."[14]

The 2000 U.S. census counted 136,443 residents in the 8.99-square-mile Van Nuys neighborhood--or 11,542 people per square mile. In 2000, the median age for residents was 28, considered young for city and county neighborhoods, and the percentages of residents aged 10 or younger and 19 to 34 were among the highest in Los Angeles County.[12]

The median yearly household income in 2008 dollars was $41,134, considered average for the city, but low for the county. The percentages of households that earned $40,000 or less were high for the county. Renters occupied 73.9% of the housing stock, and house- or apartment-owners held 26.1%.[12]

Van Nuys Boulevard has a long and diverse commercial district along it, as do other major streets crossing through Van Nuys.

There are two Target stores in Van Nuys, one on Sepulveda and Hatteras and another on Raymer and Kester.

Van Nuys has two Asian supermarkets, one on Sherman Way and White Oak, and one on Sepulveda and Victory.

From December 1947 until August 1992, GM operated an automobile factory called Van Nuys Assembly at Van Nuys Boulevard and Arminta Street to augment production efforts at their South Gate Assembly factory, which opened in 1936. The Van Nuys plant manufactured 6.3 million vehicles, including the Chevrolet Impala, Corvair, and later was the primary location for the Nova, Camaro, and Pontiac Firebird. Other models built were the Chevrolet Monte Carlo, Chevelle, the Oldsmobile Omega, and the Pontiac Ventura.[17] Badge engineered versions of the Impala, Nova and Camaro were also manufactured at this location. In October 1989, GM announced that Camaro and Firebird production would be moved to a facility in Sainte-Thérèse.[17] Due to air quality remediation efforts and decreasing market share of GM products, the factory was closed.

Sound City Studios is a well-respected recording studio in Van Nuys. Van Nuys, along with Chatsworth, is home to numerous pornographic movie studios, distributors, and manufacturers.[20]

Various parts of the movie Terminator were filmed here.[22]

Victory Boulevard (Eastbound toward The City of Burbank) at Sylmar Avenue

The California Department of Developmental Services operates the North Los Angeles County Regional Center on Sherman Way west of Sepulveda Boulevard, but they closed that location and moved to a new location on Oakhurst and Plummer in Chatsworth in 2016. The agency serves a large population of developmentally disabled people living in the San Fernando Valley.

The Social Security Administration once operated a branch office on Van Nuys Boulevard north of Victory Boulevard in Van Nuys. This location was closed in 2011, and moved to Panorama City on Roscoe Blvd and Van Nuys Blvd.

The Van Nuys Recreation Area is in Van Nuys. The area has an auditorium and gymnasium with a capacity of 420 people, and a multipurpose/community room with a capacity of 20-25 people. The area has barbecue pits, lighted baseball diamonds, lighted outdoor basketball courts, a children's play area, a community room, lighted handball courts, an indoor gymnasium with no weights, picnic tables, a lighted soccer field, and lighted tennis courts.[28]

Delano Park in Van Nuys has an auditorium, barbecue pits, a lighted baseball diamond, a children's play area, a lighted football field, an indoor gymnasium with no weights, picnic tables, and a lighted soccer field.[29] The Van Nuys adjacent Sepulveda Basin Recreation Area to the west is a large open space park behind Sepulveda Dam. The Metro Orange Line bicycle path connects Van Nuys to it and other valley destinations. It has numerous recreation facilities and natural areas, including a wildlife preserve, cricket complex, and archery range at Woodley Park.[30][31] Fifteen percent of Van Nuys residents aged 25 and older had earned a four-year degree by 2000, an average figure for both the city and the county, but the percentage of the same-age residents who had less than a high school diploma (43.1%) was high for Los Angeles.[12][36]

Schools within the Van Nuys boundaries are:[37]

Van Nuys Middle School was in the Van Nuys community until 1991 when its area was moved into Sherman Oaks. The school continued to use the name "Van Nuys" despite the move.[9] The Van Nuys Branch Library of the Los Angeles Public Library serves the community. The library is currently closed for renovations.

Van Nuys Airport, the 25th busiest airport in the United States, and among the 20 busiest airports in the world by aircraft movements, is located in Van Nuys.

The closest airport with commercial airline service is Hollywood Burbank Airport in Burbank.

The community includes a terminal for the Van Nuys FlyAway Bus service, which travels from Van Nuys to Los Angeles International Airport (LAX).[42]

The area also has Amtrak and Metrolink service at Van Nuys station. It is served by the Amtrak Pacific Surfliner and Coast Starlight, and the Metrolink Ventura County Line.

Van Nuys Boulevard is planned to host the East San Fernando Light Rail line by 2027 with construction starting in 2021.

Van Nuys is served by the 405 (San Diego Freeway) passing through it.

Valley Presbyterian Hospital is a 350-bed hospital at 15107 Vanowen St, Van Nuys, Los Angeles, CA 91405. It was founded in 1958 and initially designed by architect William Pereira. It has 350 beds, as well as an emergency room which can handle pediatric patients.[43] Also in Van Nuys is the Southern California Hospital, at 14433 Emelita St, which is a psychiatric facility that provides no emergency services.[44] The nearest Kaiser Permanente hospital to Van Nuys is Kaiser Panorama City Medical Center. 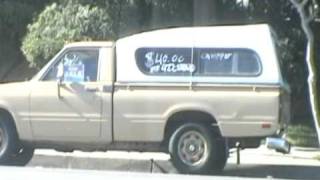 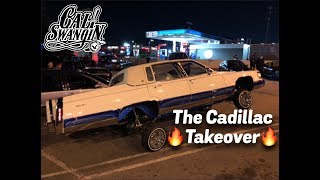 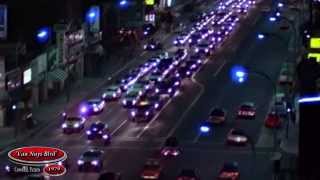 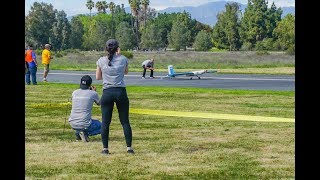 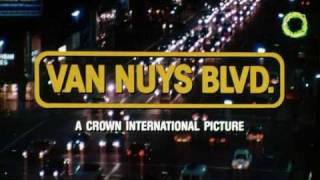 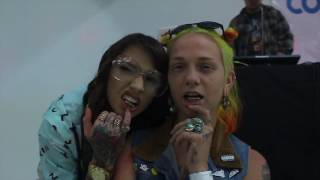 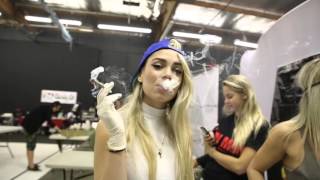 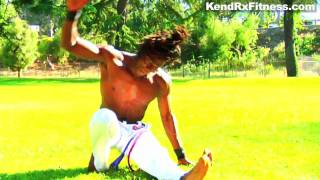 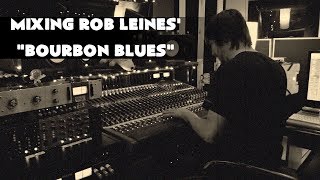 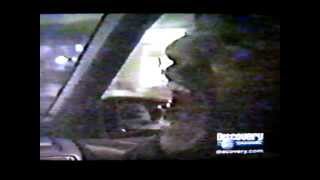 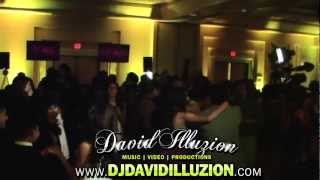 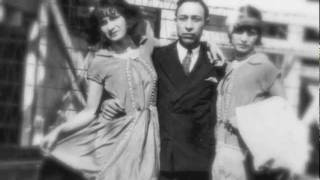 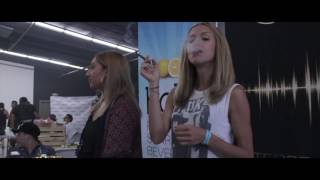 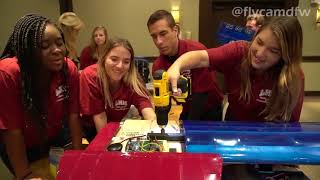 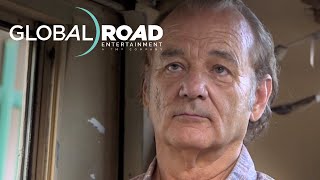 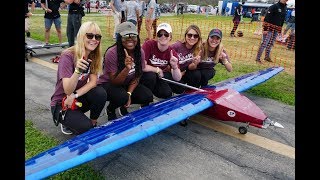 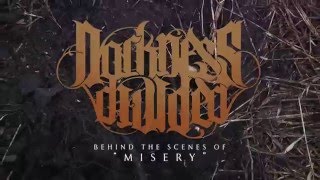 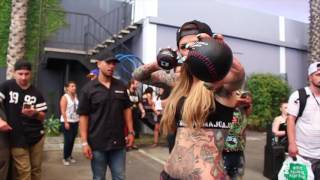 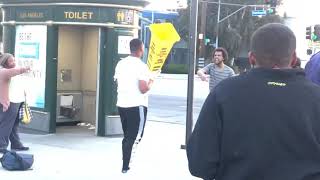 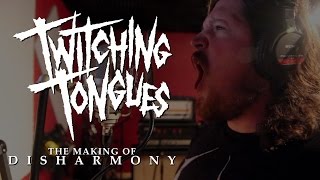