Statesboro is the largest city and county seat of Bulloch County, Georgia, United States,[6] located in the southeastern part of the state.

The city was chartered in 1803, starting as a small trading community providing basic essentials for surrounding cotton plantations. This drove the economy throughout the 19th century, both before and after the U.S. Civil War.

In 1906, Statesboro and area leaders joined together to bid for and win the First District A&M School, a land grant college that eventually developed into Georgia Southern University.

Statesboro inspired the blues song "Statesboro Blues", written by Blind Willie McTell in the 1920s, and covered in a well-known version by the Allman Brothers Band.[10]

In 2017, Statesboro was selected in the top three of the national America's Best Communities competition and was named one of nine Georgia "live, work, play" cities by the Georgia Municipal Association.[11][12]

In 1801, George Sibbald of Augusta donated a 9,301-acre (37.64 km2) tract for a centrally located county seat for the growing agricultural community of Bulloch County. The area was developed by white planters largely for cotton plantations that were worked by black slave labor. In December 1803, the Georgia legislature created the town of Statesborough. The community most likely was named after the notion of states' rights, an issue central in the 1800 United States presidential election.[13] In 1866 the state legislature granted a permanent charter to the city, changing the spelling of its name to the present "Statesboro."

During the Civil War and General William T. Sherman's famous March to the Sea through Georgia, a Union officer asked a saloon proprietor for directions to Statesboro. The proprietor replied, "You are standing in the middle of town,"[14] indicating its small size. The soldiers destroyed the courthouse, a log structure that doubled as a barn when court was not in session. After the Civil War, the small town began to grow, and Statesboro has developed as a major town in southeastern Georgia. Many freedmen stayed in the area, working on plantations as sharecroppers and tenant farmers.

Following the Reconstruction era, racial violence of whites against blacks increased. In the era from 1880 to 1930, Georgia had the highest rate of lynchings of any state in the nation.[15] Among them were three black men who were lynched and burned to death on August 16, 1904, near Statesboro. A fourth man was lynched later in the month in Bulloch County. After a white farm family was killed, the white community spread unfounded rumors of black clergy urging blacks to violence against whites, and more than twelve black men were arrested in this case.[16]

Paul Reed and Will Cato were convicted of the Hodge family murders by an all-white jury and sentenced to death on August 16, 1904, but they were abducted that day from the courthouse by a lynch mob and brutally burned to death. Handy Bell, another suspect, was lynched and burned by a mob that night.[17] White violence against blacks did not end; both men and women were physically attacked on the streets. Area newspaper coverage of the trial and lynching had been sensationalized, arousing anger, and two more black men were lynched in August 1904: Sebastian McBride in Portal, another town in Bulloch County, and A.L. Scott in Wilcox County.[18][19][16]

To escape oppression and violence, many African Americans left Statesboro and Bulloch County altogether, causing local businessmen to worry about labor shortages in the cotton and turpentine industries.[18] African Americans made a Great Migration from the rural South to northern cities in the first half of the 20th century.[16] Local effects can be seen in the drop in Statesboro population growth from 1910 to 1930 on the census tables below in the "Demographics" section.

Around the turn of the century, new businesses in Statesboro included stores and banks built along North, East, South, and West Main streets. In 1908, Statesboro led the world in sales of long-staple Sea Island Cotton, a specialty of the Low Country.

Mechanization of agriculture decreased the need for some farm labor. After the boll weevil destroyed the cotton crop in the 1930s, farmers shifted to tobacco. The insect had invaded the South from the west, disrupting cotton cultivation throughout the region. By 1953, however, more than 20 million pounds of tobacco passed through warehouses in Statesboro, then the largest market of the "Bright Tobacco Belt" spanning Georgia and Florida.

The 1906 First District Agricultural & Mechanical School at Statesboro was developed as a land grant college, initiated by federal legislation to support education. Its mission shifted in the 1920s to teacher training; and in 1924 it was renamed as the Georgia Normal School. With expansion of the curriculum to a 4-year program, it was renamed as the South Georgia Teachers College in 1929. Other name changes were to Georgia Teachers College in 1939, and Georgia Southern College in 1959. After this period, it became racially integrated and with development of graduate programs and research in numerous fields, since 1990 it has had university status as Georgia Southern University.

A vendor at the Main Street Statesboro Farmers Market

The economy of Statesboro is based on education, manufacturing, and agribusiness sectors. Statesboro serves as a regional economic hub and has more than one billion dollars in annual retail sales.[20]

Georgia Southern University is the largest employer in the city, with 6,700 regional jobs tied directly and indirectly to the campus.

Agriculture is responsible for $100 million in annual farm gate revenues.[21]

Statesboro is home to multiple manufacturing facilities. Statesboro Briggs & Stratton Plant is the third-largest employer in the region with 950 employees.[22]

The Development Authority of Bulloch County retains over 100 acres of GRAD (Georgia Ready for Accelerated Development) land at the Gateway Industrial Park. Southern Gateway Park is a newly developed 200-acre tract located at the intersection of U.S. 301 and Interstate 16 in close proximity to the Court of Savannah. Southern Gateway is served by municipal water, sewer and natural gas lines.[23]

Statesboro has a humid subtropical climate, according to the Köppen classification. The city experiences very hot and humid summers with average July highs of about 91 degrees and lows around 70. Afternoon thunderstorms associated with the summer heat and humidity can spawn from time to time. Winters are mild with average January highs of 58 degrees and lows of 36 degrees.[26] Winter storms are rare, but they happen periodically, the most recent being an ice storm in January 2018. On February 12, 2010, approximately two inches of snow fell on the city.[27]

Georgia Southern University is the largest university in south Georgia

Georgia Southern University is the city's principal institution of higher learning. The university, a unit of the University System of Georgia (USG), was founded as the First District Agricultural and Mechanical School in 1906 as a land grant college, open only to white students. On July 1, 1990, it became the fifth university of the University System, and as of 2015 is a comprehensive residential university of nearly 20,000 students. The university's graduate programs are offered on campus, at satellite centers, and by distance and on-line delivery. For the past decade, the university has combined a capital building program with beautification of the nearly 700-acre (2.8 km2) campus.

The university facilities include a museum of cultural and natural history, a botanical garden, and a center for wildlife education located within the campus grounds. The university's Division I athletic teams, the Georgia Southern Eagles, compete in the Sun Belt Conference.

Two community colleges are also located in Statesboro. East Georgia State College, a USG college based in nearby Swainsboro, operates a satellite campus in Statesboro. Ogeechee Technical College is a part of the Technical College System of Georgia, providing technical and adult education to area students. Both schools are located on U.S. Highway 301 South, outside of the city limits and approximately 3 miles (5 km) from the campus of Georgia Southern. The Averitt Center for the Arts

The culture of Statesboro reflects a blend of both its southern heritage and college town identity.[30]

The city has developed a unique culture, common in many college towns, that coexists with the university students in creating an art scene, music scene and intellectual environment. Statesboro is home to numerous restaurants, bars, live music venues, bookstores and coffee shops that cater to its creative college town climate.[31]

Statesboro's downtown was named one of eight "Renaissance Cities" by Georgia Trend magazine.[32] The downtown area is currently undergoing a revitalization. The Old Bank of Statesboro and Georgia Theater have been adapted with renovation for the David H. Averitt Center for the Arts.[33] It houses the Emma Kelly Theater, named after the local singer, known as the "Lady of 6,000 Songs".[10] The center also contains art studios, conference rooms and an exhibition area. Downtown Statesboro has been featured in several motion pictures including Now and Then (1995) as well as 1969.[34] Georgia Southern offers a variety of cultural options available both for the university and the wider community: the Georgia Southern Symphony, the Georgia Southern Planetarium, Georgia Southern Museum, and the Botanical Gardens at Bland Cottage.[35] Touring groups appear at the Performing Arts Center, and also featured are shows put on by Georgia Southern students and faculty.

Mill Creek Regional Park is a large outdoor recreational facility with athletic fields and a water park, Splash in the Boro.[36]

Georgia Southern University Eagles field 17 varsity teams in the Division I Football Bowl Subdivision (FBS) and are members of the NCAA Division I Sun Belt Conference.[37]

Prior to joining the Sun Belt Conference in 2014, the Eagles were members of the Trans America Athletic Conference (presently known as the ASUN Conference) and the Southern Conference. During their time at the Football Championship Subdivision (FCS/I-AA) level, the Eagles football team won an unprecedented six national championships.

South Georgia Tormenta FC fields a professional team in USL League One, the third tier of the American Soccer Pyramid. The club's inaugural season was the 2016 season. Currently, games are played at Eagle Field. There are plans to build a new stadium in the near future.[38]

Statesboro is served by a variety of media outlets in print, radio, television, and the Internet. Statesboro Magazine is the community's premier quality of life publication. The local newspaper is the Statesboro Herald, a daily with a circulation of about 6,000. Other newspapers include the George-Anne produced by Georgia Southern University students, Connect Statesboro, a weekly entertainment publication, and the E11eventh Hour, a twice-a-month entertainment publication. Radio stations include WHKN, WMCD, WPMX, WPTB, WWNS, and WVGS. Statesboro Business Magazine offers Statesboro and area business news, articles, features, jobs, real estate listings and other area business information and reviews.

StatesboroHerald.com has received numerous state[39] and national awards[40] from the newspaper industry for online innovation.

Approximately 3 miles (5 km) outside of Statesboro is the Statesboro-Bulloch County Airport, which can accommodate private aircraft but does not have a control tower or commercial flights. Most travelers use the nearby Savannah/Hilton Head International Airport, which is located 45 miles (72 km) to the east and is served by eight commercial airlines. Statesboro is about three hours by highway from the major Hartsfield-Jackson Atlanta International Airport.

Rail service for freight is provided by Norfolk Southern Railway. 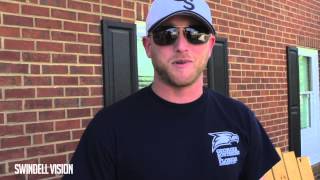 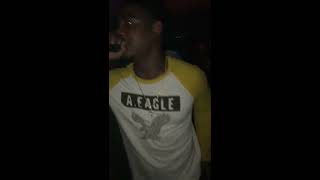 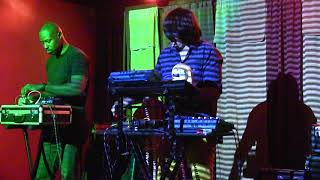 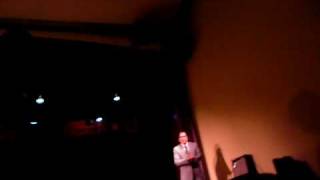 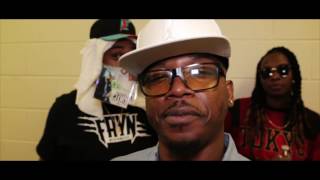 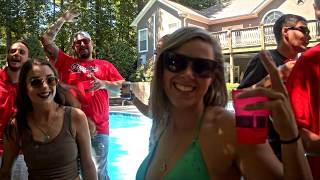 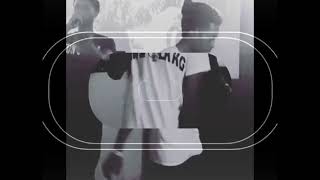 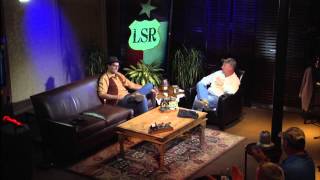 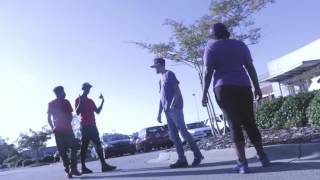 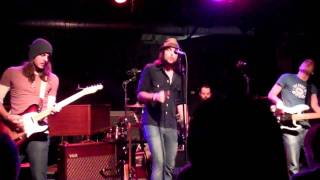 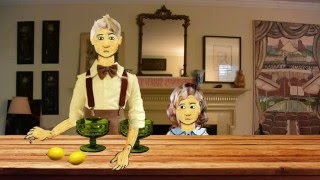 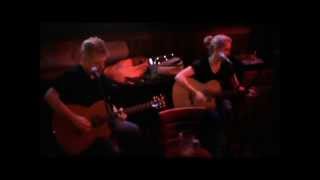 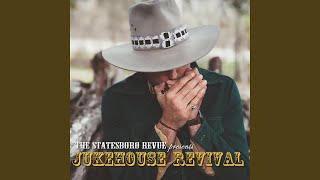 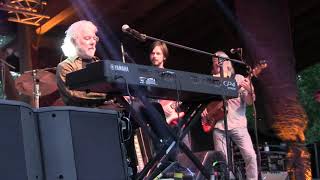 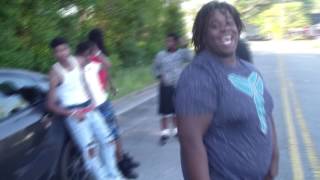 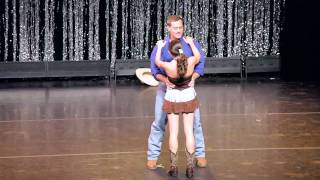 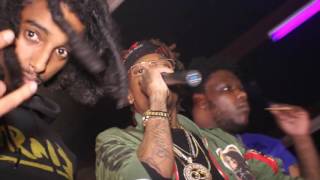 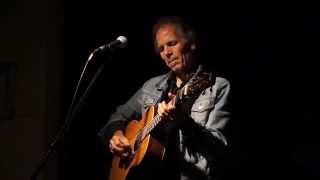 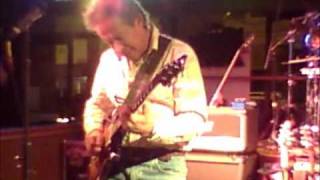