Session musician Hal Blaine (pictured in 1995) is widely regarded as one of the most prolific drummers in rock and roll history, having "certainly played on more hit records than any drummer in the rock era".[1]

Session musicians, studio musicians, or backing musicians are musicians hired to perform in recording sessions or live performances. The term sideman is also used in the case of live performances, such as accompanying a recording artist on a tour. Session musicians are usually not permanent or official members of a musical ensemble or band. They work behind the scenes and rarely achieve individual fame in their own right as soloists or bandleaders. However, top session musicians are well known within the music industry, and some have become publicly recognized, such as the Wrecking Crew, the Muscle Shoals Rhythm Section[2] and The Funk Brothers who worked with Motown Records.

Many session musicians specialize in playing common rhythm section instruments such as guitar, piano, bass, or drums. Others are specialists, and play brass, woodwinds, and strings. Many session musicians play multiple instruments, which lets them play in a wider range of musical situations, genres and styles. Examples of "doubling" include double bass and electric bass, acoustic guitar and mandolin, piano and accordion, and saxophone and other woodwind instruments.

The working schedule for session musicians often depends on the terms set out by musicians' unions or associations, as these organizations typically set out rules on performance schedules (e.g. regarding length of session and breaks). The length of employment may be as short as a single say, in the case of a recording a brief demo song, or as long as several weeks, if an album or film score is being recorded.

The remuneration terms are often set out by musicians' associations and unions. Some musicians may get the minimum scale rate set out by the union. Heavily in-demand session musicians may earn much more. The union rates may vary based on whether it is a music recording versus film/television recording. While the film/television rates may be lower, there may also be residual payments to compensate them for reruns, DVD sales, streaming usage, and so on.

Session musicians often have to bring their own instruments, such as in the case of guitar, bass, woodwinds, and brass. It is expected that studio musicians will have professional-tier instruments that are well-maintained. In some cases, larger or heavier instruments may be provided by the recording studio, such as a grand piano or Hammond organ and Leslie speaker. In certain cases, a session musicians may bring some instruments or musical gear and use them with larger instruments that are provided by the studio, such as a synthesizer player, who might bring rack-mounted synth modules and connect them to the studio's MIDI controller stage piano. Similarly, if the studio has a selection of well-known bass amplifiers and speaker cabinets, a bass player may only have to bring her basses and effect units.

Session musicians need a nuanced sense of the playing styles and idioms used in different genres. For example, a sax player who mainly plays jazz needs to know the R&B style if they are asked to improvise a solo in an R&B song. Similarly, a bass player asked to improvise a walking bassline in a rockabilly song needs to know the stock lines and cliches used in this genre.

Regardless of the styles of music session musicians play, some qualities are universal: punctuality in arriving at the session; rhythmic and intonation precision; ability to play with good ensemble and excellent blending with the other performers; willingness to take direction from bandleaders, music directors, and music producers; and having good musical taste in regards to choices with musical ornaments and musical phrasing.

During the 1950s and 1960s, session players were usually active in local recording scenes concentrated in places such as Los Angeles, New York City, Nashville, Memphis, Detroit, and Muscle Shoals.[4][5][6] Each local scene had its circle of "A-list" session musicians, such as The Nashville A-Team that played on numerous country and rock hits of the era, the two groups of musicians in Memphis, both the Memphis Boys and the musicians who backed Stax/Volt recordings, and the Funk Brothers in Detroit, who played on many Motown recordings.[5]

At the time, multi-tracking equipment, though common, was less elaborate, and instrumental backing tracks were often recorded "hot" with an ensemble playing live in the studio.[7] Musicians had to be available "on call" when producers needed a part to fill a last-minute time slot.[8] In the 1960s, Los Angeles was considered the top recording destination in the United States -- consequently studios were constantly booked around the clock, and session time was highly sought after and expensive.[9] Songs had to be recorded quickly in the fewest possible takes.[10] In this environment, Los Angeles producers and record executives had little patience for needless expense or wasted time and depended on the service of reliable standby musicians who could be counted on to record in a variety of styles with minimal practice or takes, and deliver hits on short order.[8][11]

A studio band is a musical ensemble that is in the employ of a recording studio for the purpose of accompanying recording artists who are customers of the studio. The use of studio bands was more common during the 1960s with groups such Booker T. & the M.G.'s. The benefit of having a regular group, an approach which typified Southern soul, is that the group has much more experience playing together, which enables them to get a better sense of ensemble.

The house band at Stax records in Memphis during the 1960s and 1970s, playing behind Otis Redding, Eddie Floyd, Sam and Dave, Isaac Hayes, The Staple Singers, and others. MGs guitarist Steve Cropper co-wrote many of Redding's hits and the MGs produced albums and hit singles such as "Green Onions" in their own right while being the house band at Stax.

Prolific, established studio musicians based in Los Angeles. They have recorded many songs and albums since the 1960s. The Ron Hicklin Singers (also billed as the Charles Fox Singers) was a vocal session group closely associated with the Wrecking Crew and appeared as backing vocalists on many of the Crew's recordings.

Session musicians who backed many Motown Records recordings from the late 1950s to the early 1970s, as well as a few non-Motown recordings, notably on Jackie Wilson's "(Your Love Keeps Lifting Me) Higher and Higher".

A Los Angeles singer/songwriter scene associated with the Troubadour nightclub and Laurel Canyon in the late 1960s to mid-1970s was supported by musicians Russ Kunkel, Danny Kortchmar, Leland Sklar and Craig Doerge. This session combo, nicknamed "the Section" or "the Mafia", backed many musicians, among others: Carole King, James Taylor, Jackson Browne, Warren Zevon, Kris Kristofferson and David Crosby.

A group comprising Barry Beckett, Roger Hawkins, David Hood, and Jimmy Johnson, also known as the Swampers, became known for the "Muscle Shoals Sound". Many of the recordings done in the Memphis area, which included Muscle Shoals, Alabama, used The Memphis Horns in their arrangements.

MFSB ("Mother Father Sister Brother") was a group of soul music studio musicians based in Philadelphia at the Sigma Sound Studios; they later went on to become a name-brand instrumental group, and their best known hit was "TSOP (The Sound of Philadelphia)", better known as the theme from Soul Train.

A vocal group commissioned to provide vocals for Mayoham Music, formed by husband and wife Al Ham and Mary Mayo (the latter of whom was also a member of the group). The group is best known for their jingles and television news themes. "I'd Like to Teach the World to Sing (In Perfect Harmony)", originally composed as a jingle for Coca-Cola, became a surprise hit and the source of the group's recording name, as the Coca-Cola commercial featured singers on a hillside. The New Seekers would have an even larger hit with the same song. Their best-known news theme was "Move Closer to Your World", associated with Capital Cities Communications' Action News local news format.

A project group composed of trainees selected by entertainment company SM Entertainment, active from 2013 to 2018. The trainees selected for the group promoted by project activities, recorded and covered songs of the label's artists from 2013 to 2017, and has occasionally performed in SM Town concerts in the period of 2013-2015. Most members of the group eventually debuted and became members of the K-pop groups Red Velvet, NCT and its subunits, and Aespa. 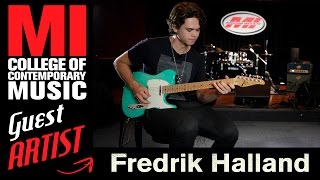 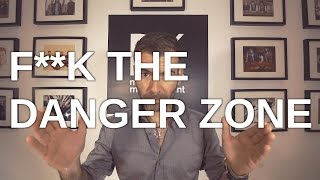 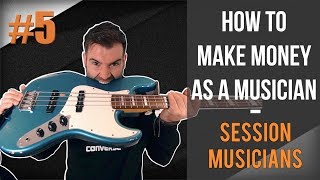 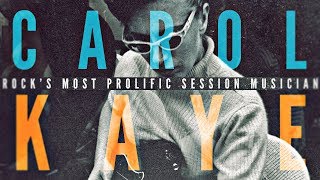 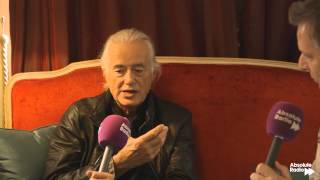 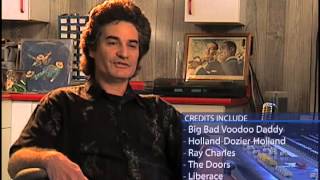 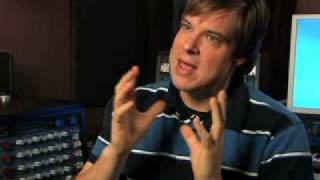 How to Become a Session Guitarist (ft. Bryan Ewald) | The Music is Win Podcast Ep. 24
Watch   Add to List   Share 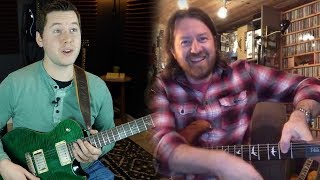 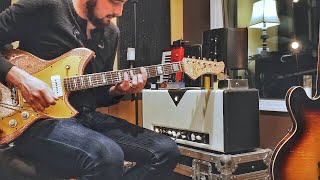 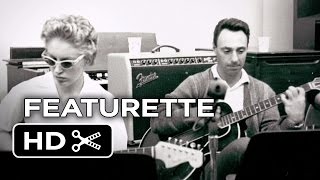 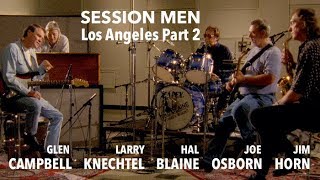 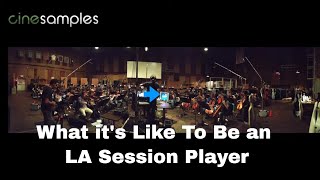 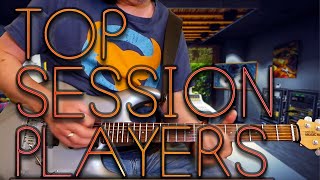 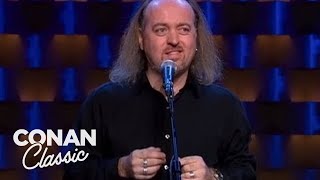 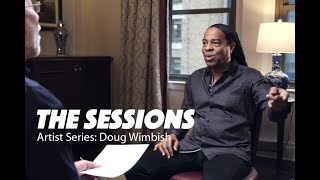 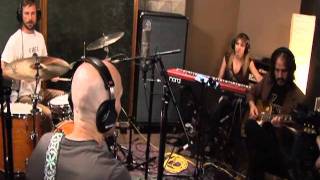 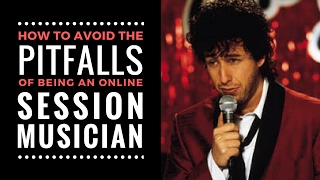 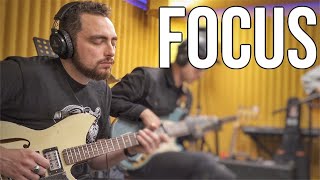 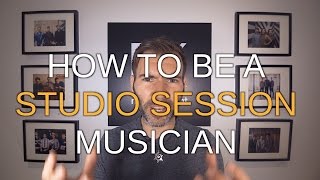