"The 500 Greatest Songs of All Time" is a recurring opinion survey and music ranking of the finest songs in history, compiled by the American magazine Rolling Stone. It is based on weighted votes from selected musicians, critics, and industry figures. The first list was published in December 2004 in a special issue of the magazine, issue number 963, a year after the magazine published its list of "The 500 Greatest Albums of All Time".[1] In 2010, Rolling Stone published a revised edition, drawing on the original and a later survey of songs released up until the early 2000s.

Another updated edition of the list was published in 2021, with more than half the entries not having appeared on either of the two previous editions; it was based on a new survey and does not factor in the surveys that were conducted for the previous lists. The 2021 list was based on a poll of more than 250 artists, musicians, producers, critics, journalists and industry figures. They each sent in a ranked list of their top 50 songs, and Rolling Stone tabulated the results.[2]

In May 2010, Rolling Stone compiled an update, published in a special issue and in digital form for the iPod and iPad. The list differs from the 2004 version, with 26 songs added, all of which are songs from the 2000s except "Juicy" by The Notorious B.I.G., released in 1994. The top 25 remained unchanged, but many songs down the list were given different rankings as a result of the inclusion of new songs, causing consecutive shifts among the songs listed in 2004. The highest-ranked new entry was Gnarls Barkley's "Crazy" (number 100).

The number of songs from each decade in the updated version is as follows: 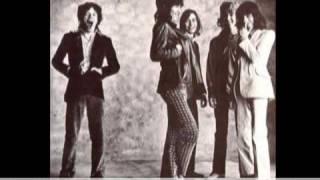 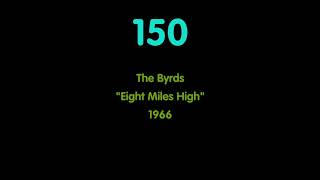