Pullman is the largest city in Whitman County, located in southeastern Washington state within the Palouse region of the Pacific Northwest. The population was 29,799 at the 2010 census, and estimated to be 34,506 in 2019.[6] Originally founded as Three Forks, the city was renamed after industrialist George Pullman in 1884.[7]

Pullman is noted as a vastly fertile agricultural area known for its many miles of rolling hills and the production of wheat and legumes. It is home to Washington State University, a public research land-grant university, and the international headquarters of Schweitzer Engineering Laboratories. Pullman is eight miles (13 km) from Moscow, Idaho, home to the University of Idaho, and is served by the Pullman-Moscow Regional Airport.

In 1876, about five years after European-American settlers established Whitman County on November 29, 1871, Bolin Farr arrived in Pullman. He camped at the confluence of Dry Flat Creek and Missouri Flat Creek on the bank of the Palouse River. Within the year, Dan McKenzie and William Ellsworth arrived to stake claims for adjoining land. They named the first post office here as Three Forks. In the spring of 1881, Orville Stewart opened a general store and Bolin Farr platted about 10 acres (4.0 ha) of his land for a town.[]

Pullman was incorporated on April 11, 1888, with a population of about 250-300 people.[8] It was originally named Three Forks, after the three small rivers that converge there: Missouri Flat Creek, Dry Fork, and the South Fork of the Palouse River. In 1884, Dan McKenzie and Charles Moore (of Moscow) replatted the site and named it for American industrialist George Pullman.[7]

On March 28, 1890, the Washington State Legislature established the state's land grant college, but did not designate a location. Pullman leaders were determined to secure the new college and offered 160 acres (0.65 km2) of land for its campus. Idaho Territory had established its land grant college in 1889; the University of Idaho was to be in neighboring Moscow. On April 18, 1891, the site selection commission appointed by Washington's governor chose Pullman. On January 13, 1892, the institution opened with 59 students under the name Washington Agricultural College and School of Science. It was renamed the State College of Washington in 1905, more commonly known as "Washington State College," and became Washington State University in 1959.[9][10]

In 1961, Pullman became a non-chartered code city under the mayor-council form of government. The city has an elected mayor with an elected seven-member council and an appointed administrative officer, the city administrator.

The hilly terrain of the Palouse, which surrounds Pullman

According to the United States Census Bureau, the city of Pullman has a total area of 9.88 square miles (25.59 km2), all of it land.[11] The city is in the eastern part of Whitman County in southeastern Washington, approximately 65 miles (105 km) south of Spokane and 22 miles (35 km) north of Lewiston, Idaho.

The city is situated across several loess hills which characterize the Palouse Prairie, formed from windblown sediment over an estimated period of over one million years.[12] This prairie region, the Palouse, is noteworthy for its fertile rolling hills where winter and spring wheat, barley, lentils, and peas are grown. These hills provide a variety of elevations across the city, from 2342 to 2575 ft (714 to 785 m) above sea level. Downtown Pullman is situated in a valley between these hills. Within the Pullman city limits, the Missouri Flat Creek and Paradise Creek both join the South Fork of the Palouse River. Pullman sits in the watersheds of the Snake River and the Columbia River.

Pullman is situated across four major hills which divide the city into nearly equal quarters. These are:

Military Hill is named for the Pullman Military College that opened its doors in 1891 and burned down in 1893.[13]

Pullman's climate is classified as dry-summer humid continental (Köppen Dsb), using the 0° threshold for mean coldest winter month; it nearly qualifies as having a warm-summer Mediterranean climate (Köppen Csb). This climate is typified by warm, dry summers followed by cold, snowy winters with short transitional seasons in between. Owing to the protective nature of the Cascade Range to its west, clear skies occur regularly throughout the year and rainfall is drastically less frequent in comparison to cities west of the mountains. Clouds of any variety are especially scant between June and September, which contributes to a diurnal temperature variation that is much higher during the summer compared to winter. Pullman has an annual average of 16.9 inches (430 mm) of precipitation.[14] The normal monthly mean temperature ranges from 30.1 °F (-1.1 °C) in December to 65.7 °F (18.7 °C) in August.[14] The lowest temperature recorded in Pullman is -32 °F (-36 °C) on December 30, 1968, while the highest is 110 °F (43 °C) on August 4, 1961.[14]

In 2011, Bloomberg Businessweek selected Pullman as the "Best Place to Raise Kids" in Washington. Factors included affordability, safety, a family-friendly lifestyle, the quality of Pullman High School, the presence of Washington State University, and the natural environment of the area.[17]

There were 11,029 households, of which 17.1% had children under the age of 18 living with them, 28.5% were married couples living together, 4.7% had a female householder with no husband present, 2.1% had a male householder with no wife present, and 64.7% were non-families. 34.5% of all households were made up of individuals, and 4.4% had someone living alone who was 65 years of age or older. The average household size was 2.18 and the average family size was 2.88.

The racial makeup of the city was:

Hispanic or Latino of any race were 3.86% of the population.

In the city, the population was spread out as follows:

Washington State University is the largest employer in both Pullman and Whitman County.[18][19]

As part of the Palouse Knowledge Corridor, companies associated with an expanding high-tech industry are at the city's north end, anchored by Schweitzer Engineering Laboratories (SEL), the largest private employer in the region.[20][19] The lab company was founded by Edmund Schweitzer, a Ph.D. graduate of WSU.[21] SEL and other firms are within the 107-acre (0.43 km2) Pullman Industrial Park, run by the Port of Whitman County.[22]

Pullman Regional Hospital opened on Bishop Boulevard in late 2004;[23][24] its predecessor, Pullman Memorial Hospital, was on the WSU campus and shared facilities with the student health center.[23][25]

Since 1989, Pullman has been home to the National Lentil Festival, a major community event celebrating the lentil legume grown in the surrounding Palouse region. The festival includes a lentil cook-off, Friday night street fair, Saturday parade and music in the park, and more. It is held in Reaney Park on the August weekend before fall semester classes start at WSU.[26]

Popular college bars in the area include The Coug and Valhalla. The Coug is popular as a sports bar, with signatures and pictures littered over every inch of wall space. Valhalla is close to Martin Stadium which makes it a busy place on football game days. One historic bar downtown is Rico's Pub, established in 1909 before Prohibition.[27] Another draw for tourists is the city's craft brewery Paradise Creek Brewery.[28]

College sports are popular in Pullman, with most support centered on the Washington State Cougars who compete in the Pac-12 Conference in NCAA Division I.[29] The football team plays at Martin Stadium, and their in-state rivals are the Washington Huskies, with whom the Cougars play an annual rivalry game, the Apple Cup. The women's and men's basketball teams play at Beasley Coliseum, and the baseball team at Bailey-Brayton Field. Moobery Track hosts track and field, and historic Bohler Gymnasium (1928) is the home of women's volleyball. The challenging 18-hole Palouse Ridge Golf Club opened in 2008, an overdue upgrade of the nine-hole WSU course.

The Greyhounds of Pullman High School compete in WIAA Class 2A in District Seven. Historic rivals are the Clarkston Bantams to the south and the Moscow Bears, in adjacent Idaho.

The Pullman School District consists of the following schools:[30]

The city's only public high school, Pullman High School (PHS) has about 700 students. It is on Military Hill. Its mascot for its athletic teams is the greyhound. PHS offers honors and advanced placement courses, along with Running Start course work through WSU and Spokane Falls Community College.

Pullman is the site of the flagship campus of Washington State University (WSU), a member of the Pac-12 Conference (Pac-12) in NCAA Division I. WSU is the second-largest university in the state of Washington, and is well known for its veterinary medicine, business, architecture, engineering, agriculture, pharmacy, and communications schools.

Pullman is located near the junction of several major highways. U.S. Route 195 and State Route 27 travel north towards the Spokane area, passing through various towns in the Palouse, while State Route 270 follows the Bill Chipman Palouse Trail to Moscow, Idaho.

The city is also served by Pullman Transit, which provides bus service for residents and WSU students who do not live on campus. WSU students are able to ride without fares by presenting their student ID card, as the university includes a transit fee in tuition. 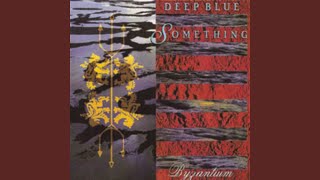 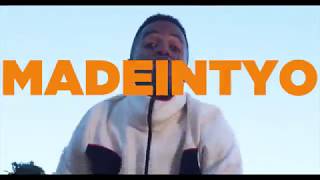 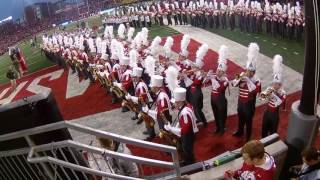 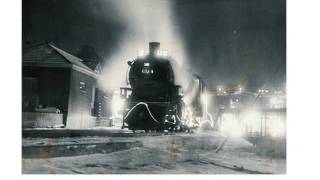 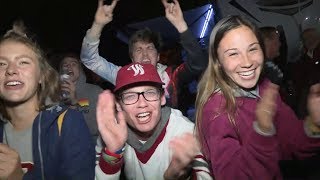 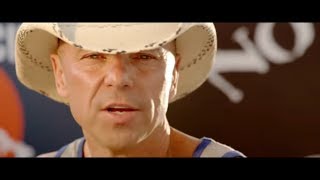 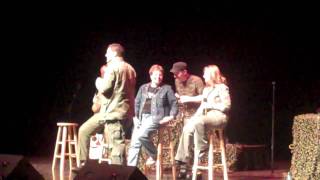 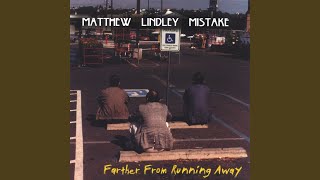 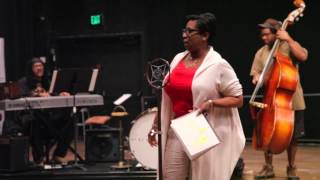 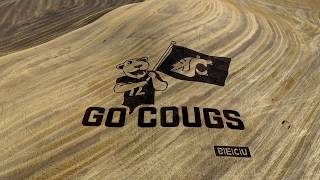 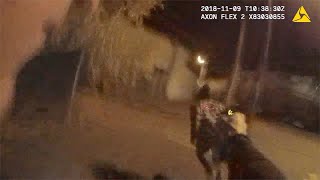 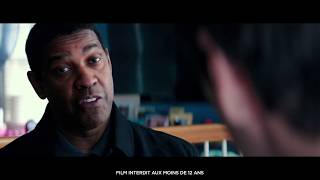 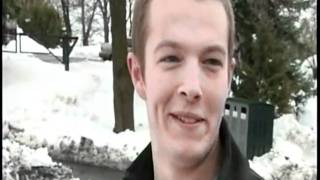 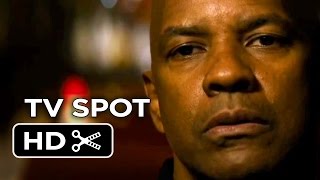 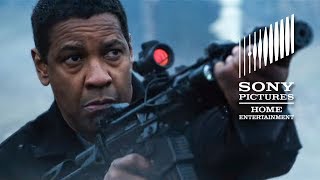 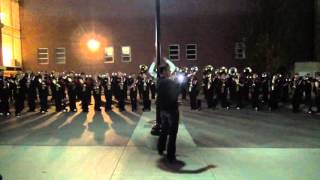 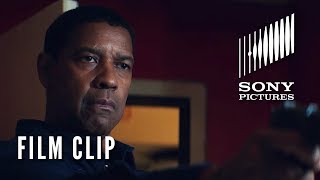 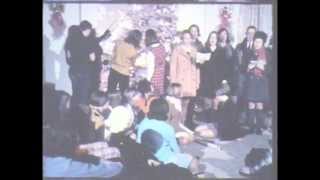 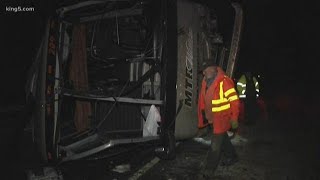