Well-known monosynths include the Minimoog, the Roland TB-303, the Korg Prophecy, and the Korg Monologue.

Duophonic synthesizers, such as the ARP Odyssey and Formanta Polivoks built in the 1970s and 1980s respectively, have a capability to independently play two pitches at a time. These synthesizers have at least two oscillators that are separately controllable, and a duophonic keyboard that can generate two control voltage signals for the lowest- and highest-note. When two or more keys are pressed simultaneously, the lowest- and highest-note will be heard. When only one key is pressed, both oscillators are assigned to one note, possibly with a more complex sound.

Paraphonic synthesizers, such as the Roland RS-202 string machine or Korg Poly-800, were designed to play multiple pitches at the same time by using multiple oscillators, but with a common filter and/or amplifier circuit shared among all the voices.[1] The result is a synthesizer that can play chords, provided all the notes start and end at the same time (homophony). For example, playing a new note on top of notes already held might retrigger the volume envelope for the entire sound. Monophonic synthesizers with more than one oscillator (such as the ARP 2600) can often be patched to behave in a paraphonic manner, allowing for each oscillator to play an independent pitch which is then routed through a common VCF and VCA.

The earliest polyphonic synthesizers were built in the late-1930s, but the concept did not become popular until the mid-1970s. Harald Bode's Warbo Formant Orguel, developed in 1937, was an archetype of a voice allocation polyphonic synthesizer.[2] Novachord by Hammond Organ Company, released in 1939, is a forefather product of frequency divider organs and polyphonic synthesizer. It uses octave divider technology to generate polyphony,[3] and about 1,000 Novachords were manufactured until 1942.[4]

Using an octave divider a synthesizer needs only 12 oscillators - one for each note in the musical scale. The additional notes are generated by dividing down the outputs of these oscillators. To produce a note one octave lower, the frequency of the oscillator is divided by two. Polyphony is achieved so long as only one of each note in the scale is played simultaneously.[5]

In the early-to-mid-1970s, the voice allocation technology with digital keyboard scanning was independently developed by several engineers and musical instrument manufacturers, including Yamaha,[6] E-mu Systems,[7][8] and Armand Pascetta (Electro Group).[9][10] The Oberheim Polyphonic Synthesizer[11][12] and Sequential Circuits Prophet-5[13][8] were both developed in collaboration with E-mu Systems.[14][15]

The Korg Monologue is a monophonic synthesizer with two oscillators and programmable note priority.

Synthesizers generally use oscillators to generate the electric signal that forms the basis of the sound, often with a keyboard to trigger the oscillators. However, multiple oscillators working independently are a considerable challenge to implement. To double the polyphony, not only must the number of oscillators be doubled but the electronics must also function as a switch connecting keys to free oscillators instantaneously, implementing an algorithm that decides which notes are turned off if the maximum number of notes is already sounding when an additional key is pressed. There are several ways to implement this:

Modern synthesizers and samplers may use additional, multiple, or user-configurable criteria to decide which notes sound.

Each key on an acoustic piano is connected to its own hammer-and-string sound-producing mechanism.

Almost all classical keyboard instruments are polyphonic. Examples include the piano, harpsichord, organ and clavichord. These instruments feature a complete sound-generating mechanism for each key in the keybed (e.g., a piano has a string and hammer for every key, and an organ has at least one pipe for each key.) When any key is pressed, the note corresponding to that key will be heard as the mechanism is activated.

Some clavichords do not have a string for each key. Instead, they will have a single string which will be fretted by several different keys. Out of the keys that share a single string, only one may sound at a time.

The electric piano and clavinet rely on the same principles to achieve polyphonic operation. An electric piano has a separate hammer, vibrating metal tine and electrical pickup for each key.

A classical violin has multiple strings and indeed is polyphonic but harder for some beginners to play multiple strings by bowing. One needs to control the pressure, speed and angle well for one note before having an ability to play the multiple notes at acceptable quality expected by the composers.

Therefore, even though the violin family of instruments are misleadingly considered (when bowing) by general untrained musicians to be primarily monophonic, it can be polyphony by both pizzicato (plucking) and bowing techniques for standard trained soloists and orchestra players. The evidence can be seen in compositions since the 17th century such as Bach sonatas and partitas for unaccompaniment solo violin.

The electric guitar, just like the classical guitar, is polyphonic, as are various guitar derivatives (including the harpejji and the Chapman stick).

Multiphonics can be used with many regular wind instruments to produce two or more notes at once, although this is considered an extended technique. Explicitly polyphonic wind instruments are relatively rare, but do exist.

The standard harmonica can easily produce several notes at once.

Multichambered ocarinas are manufactured in a number of varieties, including double, triple, and quadruple ocarinas, which use multiple chambers to extend the ocarina's otherwise limited range, but also enable the musician to play more than one note simultaneously. Harmonic ocarinas are specifically designed for polyphony, and in these instruments the range of the chambers usually overlap to some extent (typically at the unison, third, fourth, fifth, seventh or octave). Cross-fingering enables a single chamber to span an entire octave or more.

Recorders can also be doubled for polyphony. There are two types of double recorder; drone and polyphonic. In the drone type, one tube is tuned exactly like a regular recorder with a range of approximately two octaves, and the other tube is a drone and plays the tonic note of the scale. The polyphonic recorder has two tubes with a range of one major sixth. With overblowing, some notes can be played an octave higher, but it is not possible to achieve the range of an entire octave in one tube with these instruments.

Launeddas are an Italian instrument, native to Sardinia that has both a drone pipe and two pipes capable of polyphony, for a total of three pipes. 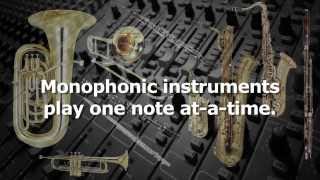 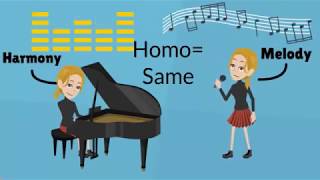 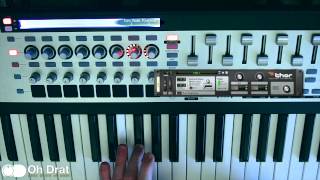 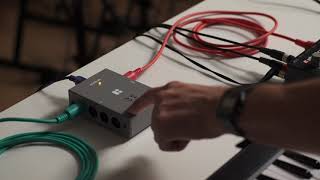 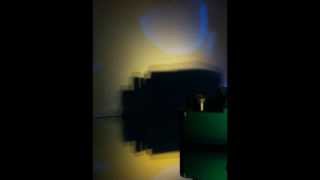 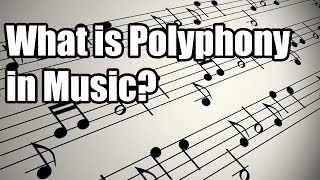 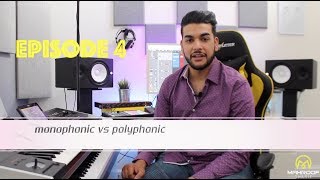 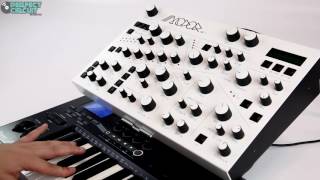 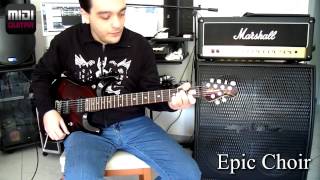 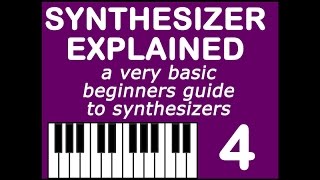 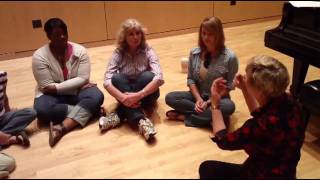 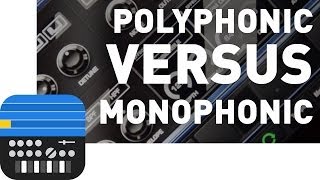 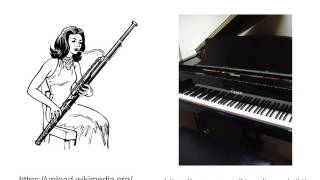 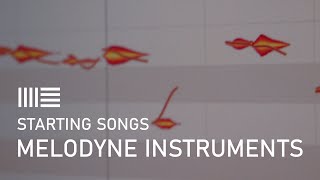 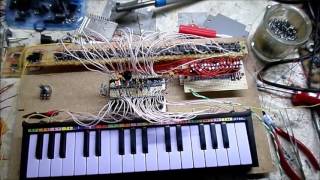 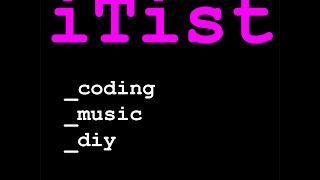 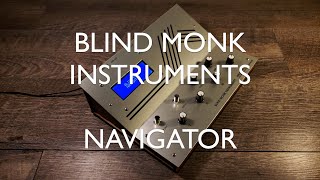 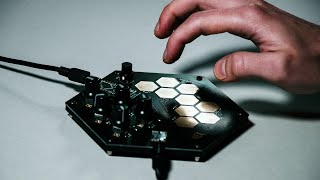