In 1822 a tract of land which included the area now known as Plainfield was obtained by Jeremiah Hadley of Preble County, Ohio. Ten years later he sold it to his son, Elias Hadley. Levi Jessup and Elias Hadley laid out the town in 1839. Plainfield was incorporated as a town in 1839.[8] The town got its name from the early Friends (Quakers) who settled around the area and established several meetinghouses throughout the county, including the important Western Yearly Meeting of Friends in Plainfield. The Friends were "plain" people, and thus the name "Plainfield". The high school continues to honor the Quakers, using the name for the school's mascot.

Plainfield has long been associated with the National Road, U.S. Route 40, which goes through town as Main Street. One incident which brought Plainfield national attention occurred in 1842 when former President Martin Van Buren was spilled deliberately from his stagecoach into the thick mud of the highway. The practical joke came as a result of Van Buren's vetoing a bill from Congress to improve the highway, a move which angered Western settlers. When Van Buren came through Plainfield on a swing to shore up his popularity for the 1844 election, a group of perpetrators set up the incident. The elm tree whose roots caused the president's carriage to topple became known as the Van Buren Elm.[2] An elementary school near this site is named Van Buren Elementary School.[9][10][11]

In the 1980s Plainfield became the headquarters of the Islamic Society of North America.

The Hendricks County Bridge Number 316, Plainfield Historic District, and THI and E Interurban Depot-Substation are listed on the National Register of Historic Places.[12]

Plainfield is located in the Central Till Plains region of the United States. There are few moderately sized hills, and a mix of deciduous forests and prairie covers much of the area within the town limits. White Lick Creek, a tributary of the White River, flows north to south through the western side of Plainfield. On the eastern side of town, Clark's Creek, a tributary of White Lick Creek, flows towards the south.

U.S. Route 40, also known as the Historic National Road and the Cumberland Road, passes through the middle of Plainfield and is the main arterial route running east to west in the town. It leads northeast 14 miles (23 km) to downtown Indianapolis and southwest 57 miles (92 km) to Terre Haute. From north to south, Quaker Boulevard (former SR 267) connects Plainfield to the neighboring towns of Avon and Mooresville, and it provides access to Interstate 70, about 3 miles (5 km) south of US-40. Plainfield's historical town center is situated around the intersection of U.S. Route 40 and Center Street, also known as Old State Highway 267.

Indianapolis International Airport borders the east side of Plainfield, in Marion County.

There were 9,747 households, of which 37.1% had children under the age of 18 living with them, 52.0% were married couples living together, 12.3% had a female householder with no husband present, 5.0% had a male householder with no wife present, and 30.7% were non-families. 25.7% of all households were made up of individuals, and 8.7% had someone living alone who was 65 years of age or older. The average household size was 2.57 and the average family size was 3.08.

The economic engine of Plainfield is the sprawling warehouse district on the east side of town, close to the Indianapolis International Airport, that boasts approximately 45 million square feet of space. Plainfield provides roughly 50% of all warehouse jobs in central Indiana.[15]

Plainfield boasts 18 hotels, including an Embassy Suites full-service hotel and conference center. The town's proximity to the Indianapolis airport and Interstate 70 have made it an attractive location for hotel space.

The Plainfield Correctional Facility (formerly Indiana Youth Center) of the Indiana Department of Correction is in the western part of Plainfield.[20] As of 2019, the prison housed 1,497 inmates, and employed 341 staff.[21] The site of the Van Buren Elm

Plainfield's public education system is run by the Plainfield Community School Corporation. The schools under this body include:

The Plainfield Community School Corporation is the only public school system in Indiana to have all of its schools receive a 4-star rating for two consecutive years. In 2019, a petition requesting a Master Plan and Architectural and Site Design Review for a new elementary school complex located south and west of the intersection of Hadley and Moon Roads (Guildford Elementary). Hendricks County has ceded planning jurisdiction to the Town of Plainfield for this project. In 2009, a new High School was constructed. The former High School became the Middle School, and the former middle school building was converted into "Clarks Creek Elementary", an upper elementary school for grades 4-5. However, as of the 2019-2020 school year, the corporation changed this setup to a High School (9-12), Middle School(6-8), and Five K-5 elementary schools.[]

The town has a lending library, the Plainfield-Guilford Township Public Library.[22] An old, restored truss bridge along the White Lick Creek Trail in Plainfield

The Richard A. Carlucci Recreation and Aquatic Center is located on Plainfield's west side on Vestal Road. The two-story center is 11,300 square feet (1,050 m2) in size. Three basketball courts, an indoor walk/run track, a fitness center and an indoor play area for children are all features of the center. [23] However, the most attractive feature at the Richard A. Carlucci Recreation and Aquatic Center is the 3.1-acre tropical-themed Splash Island Family Waterpark. It includes three waterslides, a play area for all ages and plenty of deck space and grass areas for sunbathing. The park also includes a six-lane competition pool with two 1-meter springboards. Visitors can also float on tubes along a 12-foot-wide, 900-foot-long lazy-river water attraction. [24] There is also an indoor waterpark with three lap lanes, a walking river with current, a kids' play area, and a large waterslide. [25]

Vandalia Trail and other trails

Plainfield's trail system includes over 20 miles (32 km) of pathways. These paths connect the town's several parks and recreational centers. The Vandalia Trail runs almost 5 miles (8 km) through the center of town. It is planned to become part of the National Road Heritage Trail (NRHT), which will eventually stretch 150 miles (240 km) from Terre Haute to Richmond, Indiana, using the former Pennsylvania and Vandalia railroad corridors, and it will closely follow the historic National Road for much of its route.[26][27]

Hummel Park is located next to Center Street and encompasses 205 acres (83 ha). A 300-foot (91 m) wooden bridge spans White Lick Creek and joins the park's east and west sides. The east side offers a variety of sports venues, including basketball and volleyball courts and baseball diamonds, whereas the west side features miles of nature trails, five fishing lakes and an amphitheater. Two shelter houses, one outdoor pavilion and two gazebos are also available for rent.[28]

The town of Avon, Indiana borders Plainfield to the north, with Brownsburg, Indiana just north of Avon. Mooresville, Indiana lies south of town. Indianapolis, along with the international airport and FedEx air hub, border on the east of Plainfield. 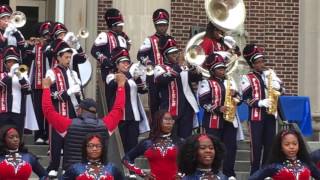 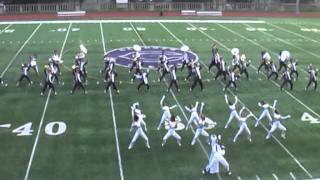 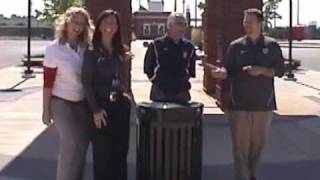 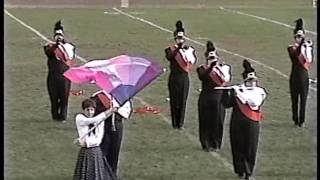 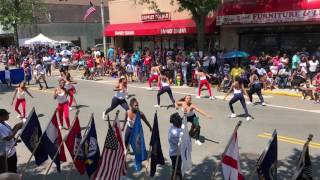 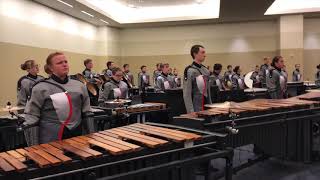 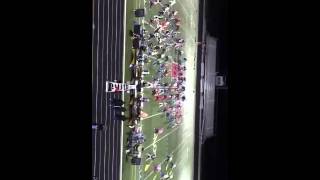 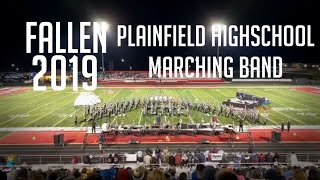 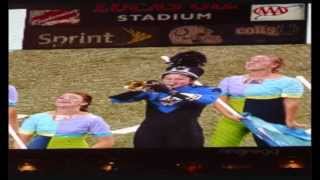 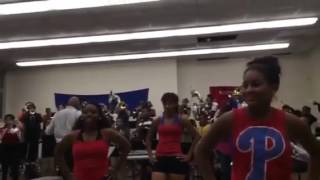 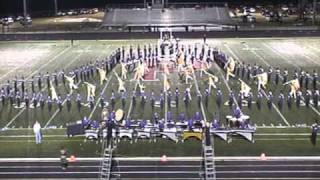 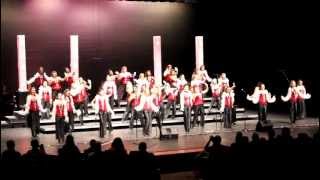 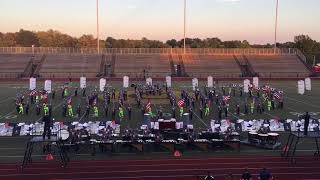 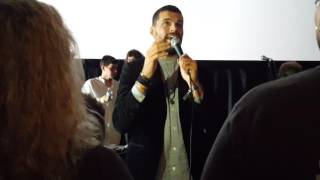 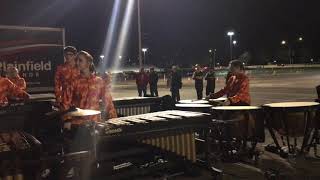 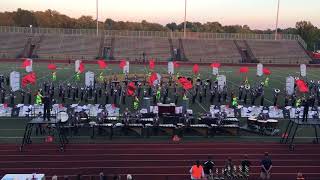 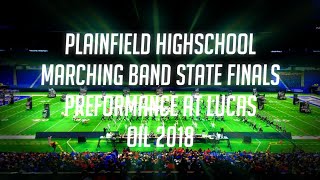 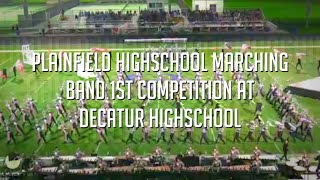 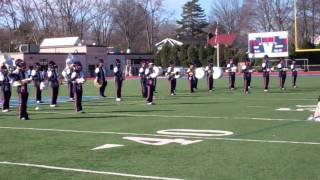 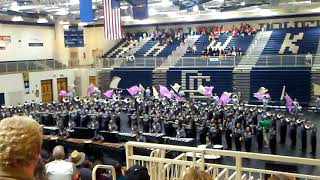