Djembé and balafon played by Susu people of Guinea

Evelyn Glennie is a percussion soloist

Percussion instruments may play not only rhythm, but also melody and harmony.

Percussion is commonly referred to as "the backbone" or "the heartbeat" of a musical ensemble, often working in close collaboration with bass instruments, when present. In jazz and other popular music ensembles, the pianist, bassist, drummer and sometimes the guitarist are referred to as the rhythm section. Most classical pieces written for full orchestra since the time of Haydn and Mozart are orchestrated to place emphasis on the strings, woodwinds, and brass. However, often at least one pair of timpani is included, though they rarely play continuously. Rather, they serve to provide additional accents when needed. In the 18th and 19th centuries, other percussion instruments (like the triangle or cymbals) have been used, again generally sparingly. The use of percussion instruments became more frequent in the 20th century classical music.

In almost every style of music, percussion plays a pivotal role.[4] In military marching bands and pipes and drums, it is the beat of the bass drum that keeps the soldiers in step and at a regular speed, and it is the snare that provides that crisp, decisive air to the tune of a regiment. In classic jazz, one almost immediately thinks of the distinctive rhythm of the hi-hats or the ride cymbal when the word-swing is spoken. In more recent popular-music culture, it is almost impossible to name three or four rock, hip-hop, rap, funk or even soul charts or songs that do not have some sort of percussive beat keeping the tune in time.

Because of the diversity of percussive instruments, it is not uncommon to find large musical ensembles composed entirely of percussion. Rhythm, melody, and harmony are all represented in these ensembles.

Percussion instruments are classified by various criteria sometimes depending on their construction, ethnic origin, function within musical theory and orchestration, or their relative prevalence in common knowledge.

The word percussion derives from the Latin verb percussio to beat, strike in the musical sense, and the noun percussus, a beating. As a noun in contemporary English, Wiktionary describes it as the collision of two bodies to produce a sound. The term is not unique to music, but has application in medicine and weaponry, as in percussion cap. However, all known uses of percussion appear to share a similar lineage beginning with the original Latin percussus. In a musical context then, the percussion instruments may have been originally coined to describe a family of musical instruments including drums, rattles, metal plates, or blocks that musicians beat or struck to produce sound.

The Hornbostel-Sachs system has no high-level section for percussion. Most percussion instruments as the term is normally understood are classified as idiophones and membranophones. However the term percussion is instead used at lower-levels of the Hornbostel-Sachs hierarchy, including to identify instruments struck with either a non sonorous object hand, stick, striker or against a non-sonorous object human body, the ground. This is opposed to concussion, which refers to instruments with two or more complementary sonorous parts that strike against each other and other meanings. For example:

111.1 Concussion idiophones or clappers, played in pairs and beaten against each other, such as zills and clapsticks.

111.2 Percussion idiophones, includes many percussion instruments played with the hand or by a percussion mallet, such as the hang, gongs and the xylophone, but not drums and only some cymbals.

21 Struck drums, includes most types of drum, such as the timpani, snare drum, and tom-tom.

412.12 Percussion reeds, a class of wind instrument unrelated to percussion in the more common sense

There are many instruments that have some claim to being percussion, but are classified otherwise: By methods of sound production

Many texts, including Teaching Percussion by Gary Cook of the University of Arizona, begin by studying the physical characteristics of instruments and the methods by which they can produce sound. This is perhaps the most scientifically pleasing assignment of nomenclature whereas the other paradigms are more dependent on historical or social circumstances. Based on observation and experimentation, one can determine how an instrument produces sound and then assign the instrument to one of the following four categories:

"Idiophones produce sounds through the vibration of their entire body."[6] Examples of idiophones:

Most objects commonly known as drums are membranophones. Membranophones produce sound when the membrane or head is struck with a hand, mallet, stick, beater, or improvised tool.[6]

Most instruments known as chordophones are defined as string instruments, wherein their sound is derived from the vibration of a string, but some such as these examples also fall under percussion instruments.

By musical function or orchestration

For example, some percussion instruments such as the marimba and timpani produce an obvious fundamental pitch and can therefore play melody and serve harmonic functions in music. Other instruments such as crash cymbals and snare drums produce sounds with such complex overtones and a wide range of prominent frequencies that no pitch is discernible.

Percussion instruments in this group are sometimes referred to as pitched or tuned.

Instruments in this group are sometimes referred to as non-pitched, unpitched, or untuned. Traditionally these instruments are thought of as making a sound that contains such complex frequencies that no discernible pitch can be heard.

In fact many traditionally unpitched instruments, such as triangles and even cymbals, have also been produced as tuned sets.[3]

By prevalence in common knowledge

It is difficult to define what is common knowledge but there are instruments percussionists and composers use in contemporary music that most people wouldn't consider musical instruments. It is worthwhile to try to distinguish between instruments based on their acceptance or consideration by a general audience.

For example, most people would not consider an anvil, a brake drum (on a vehicle with drum brakes, the circular hub the brake shoes press against), or a fifty-five gallon oil barrel musical instruments yet composers and percussionists use these objects.

One pre-20th century example of found percussion is the use of cannon usually loaded with blank charges in Tchiakovsky's 1812 Overture. John Cage, Harry Partch, Edgard Varèse, and Peter Schickele, all noted composers, created entire pieces of music using unconventional instruments. Beginning in the early 20th century perhaps with Ionisation by Edgard Varèse which used air-raid sirens among other things, composers began to require that percussionists invent or find objects to produce desired sounds and textures. Another example the use of a hammer and saw in Penderecki's De Natura Sonoris No. 2. By the late 20th century, such instruments were common in modern percussion ensemble music and popular productions, such as the off-Broadway show, Stomp. Rock band Aerosmith used a number of unconventional instruments in their song Sweet Emotion, including shotguns, brooms, and a sugar bag. The metal band Slipknot is well known for playing unusual percussion items, having two percussionists in the band. Along with deep sounding drums, their sound includes hitting baseball bats and other objects on beer kegs to create a distinctive sound.

By cultural significance or tradition

It is not uncommon to discuss percussion instruments in relation to their cultural origin. This led to a division between instruments considered common or modern, and folk instruments with significant history or purpose within a geographic region or culture. This category includes instruments that are widely available and popular throughout the world:

By capability of melodic production

The percussionist uses various objects to strike a percussion instrument to produce sound.

The general term for a musician who plays percussion instruments is "percussionist" but the terms listed below often describe specialties:

Within rock music, the term "percussionist" is often used to refer to someone who plays percussion instruments but is not primarily a drummer. The term is especially found in bands where one person plays drums and another plays other hit instruments. 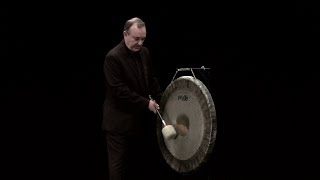 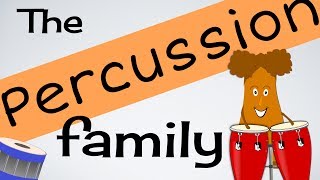 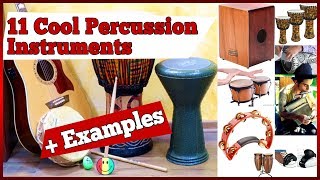 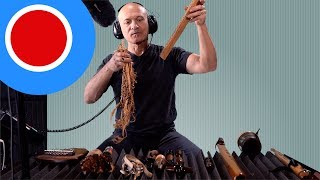 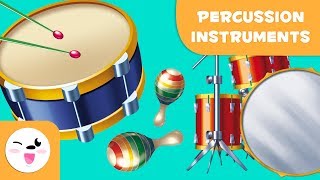 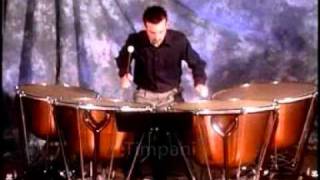 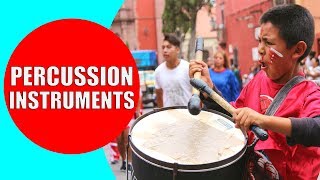 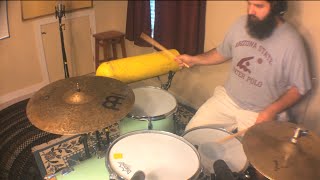 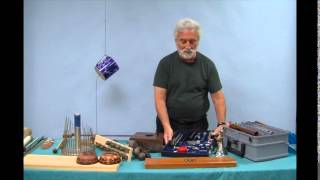 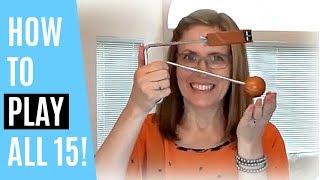 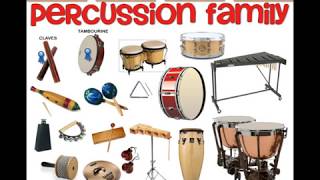 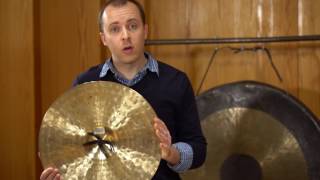 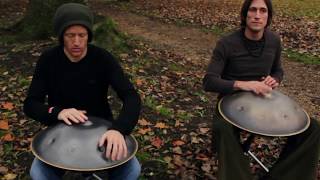 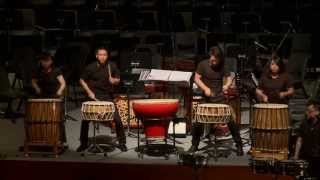 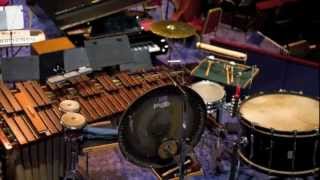 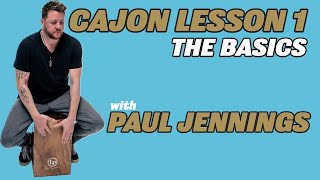 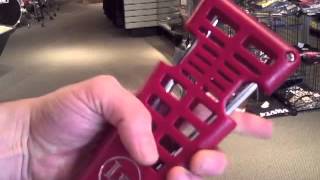 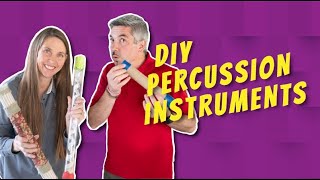 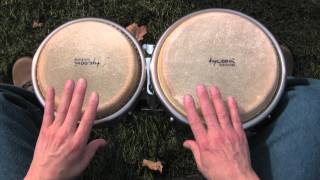