Originally, indigenous Native Americans lived in Northern California, including what is now Shasta County, prior to European American settlement. European American exploration of inland California started in 1769 and continued on into the 19th Century. Cow Creek, a Sacramento River tributary, that runs south through Palo Cedro, was a conduit for entrance into the Sacramento Valley by Hudson Bay Fur Company trappers including Alexander McLeod (1829) and John Work (1832). The town is named after cedarwood trees originally indigenous to the area in the 19th Century.

As of the 2010 census, Palo Cedro has a population density of 338.1 people per square mile (130.5/km2). Award winning country musician Merle Haggard lived in Palo Cedro for decades until his death on April 6, 2016.

Prior to white settlement, various Indian tribes settled and inhabited Northern California.[4] These tribes included the Wintu, Patwins, Nozi, Pit Rivers, Hat Creeks, Shastas, Paiutes, and Modoc Indian tribes.[4] The Wintus established their main camp on Cottonwood Creek.[4] Penutian Indian tribes on the Pacific coast or valley included the Maidu, Miwok, Constanoan, Yokuts, Yanas, and other divisions. [4] Historians said that, in the lower 48 continental United States, California has the most native tribes and subdivisions of tribes and more different Indian languages.[4] The Wintus were the largest and most peaceful division that settled in Northern California and Oregon. [4]

During the 18th Century, the first recorded Spanish (or any European) land entry and exploration of the present-day state of California, was the Portolá expedition, in 1769-1770, that led to the founding of Alta California, reaching as far north as San Francisco Bay.

The 19th Century launched many explorations by whites into California and its northern interior. In March 1812, the Russian-American Fur Company under Ivan Kuskov established a colony at Fort Ross on the coast of what is now Sonoma County.[5] As early as 1817, Father Narciso Durán, on an expedition sighted a snow capped mountain (Mount Shasta), that he called Jesus Maria, from what is now the Marysville plains. [6] Three years later, in 1827, an expedition to the Klammath Mountains from the Coastal Range, by explorer Luis Argüello and company, sighted two "twin" mountains, believed to be Mount Shasta and Mount Lassen.[6] In 1826, Mount Shasta was seen by Hudson Bay fur trader Peter Skene Odgen.[7] In 1828, Mt. Shasta was seen by United States fur trapper Jedediah Smith, whom he named Mt. Simpson.[8] On April 11, 1828 Smith and his party traveled north and entered what is now called Shasta County, and proceeded to what is now called Burnt Ranch in Trinity County.[8]

The earliest European American history of Palo Cedro comes from the exploration of Hudson's Bay Company trapper Alexander McLeod (c. 1782 - 11 June 1840) who sometime between March 26, 1829 and April 6, 1829, along with guide John Turner, and a brigade of trappers, traveling through Mexican California, started from the Pit River following the Cow Creek trail, and reached the Sacramento River.[9] Cow Creek is a Sacramento River tributary that runs through Palo Cedro and serves as its Southeastern border. McLeod had been sent out earlier in January 1829 from Fort Vancouver to find the origins of a mythical Buenaventura River.[9] After crossing the Sacramento River, McLeod explored and trapped in the Sacramento Valley as far South as present day Stockton. [9] Upon his return with an abundant supply of furs, he camped on the west bank of the Sacramento River by present day Anderson in December 1829. [9] While attempting to cross the Cascades in winter, McLeod was met by a snow storm at the headwaters of the river named after him, McLeod River (McCloud River), he lost all his horses, was forced to cache his furs, and by snowshoe trek back to Vancouver, arriving on February 10, 1830. [9][a]

In 1832, another Hudson's Bay trapper John Work (c.1792-1861), searching for a route to connect the Columbia River to the Sacramento River, reported in his journal traveling through Mexican California in with a group from the Hudson's Bay Company fur traders, staying east of the Siskiyous, bypassing Mt. Lassen, along Cow Creek, through the areas now known as Millville and Palo Cedro, finding a way to the Sacramento Valley.[10][b] In the surrounding area, Work noted there were local Indians who lived in huts, in addition to various wildlife and numerous animals, including deer, elk, and grizzly bears.[12] Local Indian men gave Work and his men food. [12] Work called Cow Creek, Canoe River, and his men chopped down pine trees to make canoes, camped near what is now called Anderson. [13][11] During their stay, while his men were making the canoes, Work said the Indians were weeping and lamenting and observed six fires were burning in the Indian camp. [14] Work later learned that the local Indian camp had been attacked and burned by another Indian raiding party, possibly the Shastas.[14] After trapping in the Sacramento Valley, work retraced his steps to the Pit River, and using the same route as McLeod had earlier used through Bartle's Gap, but without disaster, emerged from the mountains and was assisted back to Vancouver.[15] In June 1850, U.S. Army Captain Nathaniel Lyon, and his military party along with Colonel Freaner, left Pierson Reading's Rancho Buena Ventura following Fremont's route through the Cow Creek and Pit River.[18] Lyon had been sent from Benicia by his government to avenge the death of Captain Warren. [18]

In 1883, a United States post office was established for this area; at that time, the town was known as Albertson.[19] The name was changed to Roberts in 1885 and finally to Palo Cedro in 1893, meaning "cedarwood" in Spanish, after the cedar trees of the area.[19]

In 1891, T. W. H. Shannahan and Joe Enright bought 30 acres (12 ha) of land from Lem Benton and had it divided into 12 lots.[19] The town never materialized or was developed, but the original cedar tree for which it was named was cut down.[19] School children since then planted cedar trees at the Junction School District yard.[19]

In the early 1900s, the stage route went from Redding through Palo Cedro, Millville, Oak Run, and on to Fall River Mills.

In 1907 or thereabouts, Frank and Mary Love owned the Palo Cedro general store. The store was on the west side of the tracks and their house on the east. A two-story house on the northeast corner of Deschutes Road and Old Forty-Four Drive may, at one time, have been a stopping place for stage drivers and travelers. Sarah Addington later owned the Palo Cedro store. She was also the postmaster and handed the position down to her daughter, Mary Jones. She moved the post office next door into her home.

John Gebauer has since owned the store. In the 1960s John moved to his new building on the south east side of Palo Cedro; it had several one-story spaces for commercial businesses. The largest business was the Palo Cedro Market. Gebauer's son John now operates it. The post office moved into a part of Gebauer's building. Mary Jones' assistants were her sisters. The next postmaster was Sylvia Metz. As she found the post office needed more space, it moved to a two-story building on the north side of Palo Cedro.

The first Grange Hall and Feed Store were constructed in the early 1930s, just off Deschutes Road on Old Highway 44. The building was two stories with the meeting and/or dance hall upstairs. The dining room was downstairs in back and the feed store in front. This building burned down in the early 1940s and was quickly replaced with a one-story building, which is still in use in the 21st century. The feed store was built on the north side of Old Forty-Four Drive and is still there today.

As Palo Cedro continued to grow more services were needed, and the first independently owned pharmacy opened in August 1975. Its first space was a remodelled auto body shop. To accommodate its growing business, it moved to the current location on the south side of Highway 44 off Deschutes Road. Palo Cedro Pharmacy has an eclectic mix of pictures, memorabilia, and antiques collected over the last 40 years showing how the town and pharmacy has changed over the years.

According to the Köppen climate classification system, Palo Cedro has a warm-summer Mediterranean climate, abbreviated "Csa" on climate maps.[21]

There were 436 households, out of which 37.6% had children under the age of 18 living with them, 74.5% were married couples living together, 7.8% had a female householder with no husband present, and 15.6% were non-families. 13.3% of all households were made up of individuals, and 5.3% had someone living alone who was 65 years of age or older. The average household size was 2.85 and the average family size was 3.12. 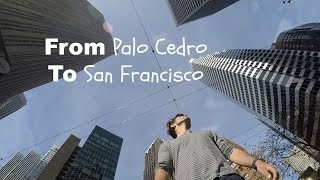 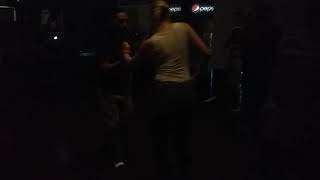 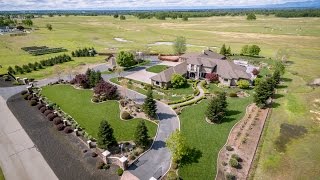 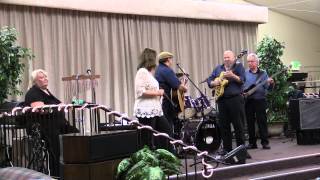 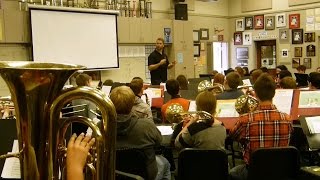 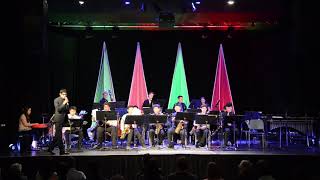 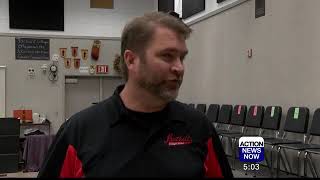 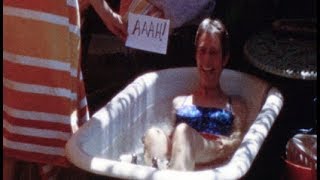 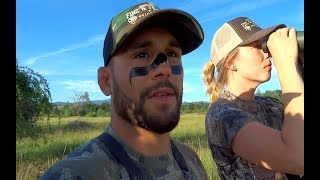 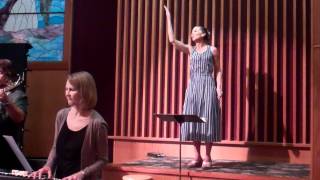 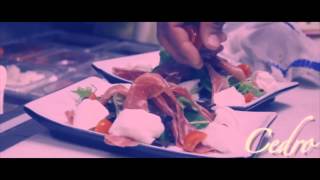 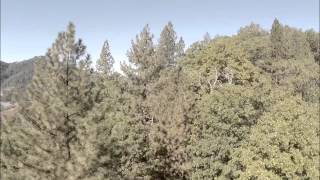 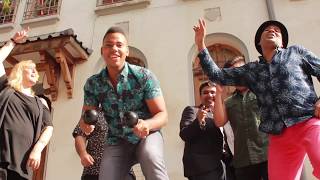 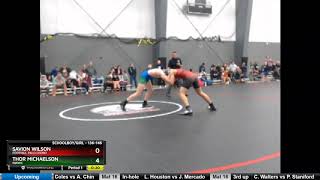 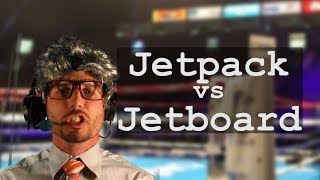 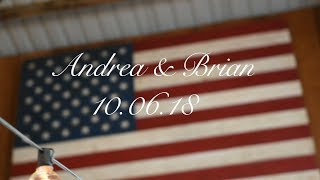 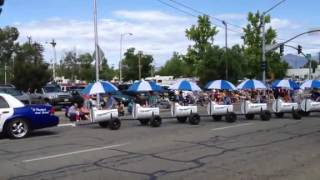 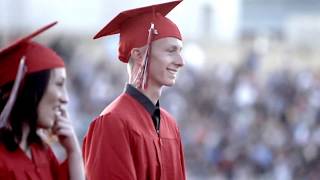