The city is surrounded by the town of Olean and is located in the southeastern part of the county. The population was 14,452 at the 2010 census.[3]

The first European in the area was possibly Joseph de La Roche Daillon, a missionary and explorer from Canada. La Roche reported on the presence of oil near Cuba, the first petroleum sighting in North America. At that time the area was a part of the territory of the Wenrohronon or Wenro Indians, an Iroquois speaking people. In 1643, the Wenro tribes became the first victims of a series of brutal conflicts known as the Second Beaver War.

The area was first settled by Europeans around 1765, called by the Indian name Ischua. Officially, this was illegal, as the British had declared the land in the Allegheny River watershed to be part of the Indian Reserve after conquering the territory in the French and Indian War two years prior. The surface is a hilly upland, separated into two distinct parts by the valley of the Allegheny. The highest points are 500 to 600 feet (150 to 180 m) above the valley. During the American Revolutionary War, the 1779 Sullivan Expedition established the first road to what would become Olean, blazing a trail to what is now Kittanning, Pennsylvania along the path of what is now New York State Route 16.

Originally the entire territory of the county of Cattaraugus was called the Town of Olean, formed March 11, 1808. As population allowed, the county was split in half and the top half was called "Hebe", and was taken off in 1812, a part of Perrysburgh in 1814, then Great Valley in 1818. Hinsdale formed in 1820, and Portville in 1837, leaving the current boundary of Olean that lies upon the south line of the county, near the southeast corner. The area remained sparsely populated until 1804, when Major Adam Hoops acquired the land and gave it its modern name. Hoops was a surveyor and Revolutionary War veteran, and was politically connected with Robert Morris, the financier of the Revolution. Along with Morris, Hoops became involved with the Holland Land Company, which was settling western New York.

This was a time of great western expansion into places such as Ohio and Indiana. Since neither canals nor railroads had become widespread by this point, the main means of travel were either by cart or by small-boat travel. The Allegheny River was a major transportation route. Hoops believed that a great city could be created at the confluence of the Allegheny and one of its tributaries, and went looking for the right spot. In 1804, he found one where Olean Creek meets the river; the confluence was important, as it was the farthest point downstream in the state before hitting the Seneca Reservation that surrounded most of New York's piece of the river. Hoops received title to 20,000 acres (81 km2) from the Holland Land Company in 1804. Hoops' brother Robert came to the site and built the first permanent structure near today's Forness Park, calling the area Hamilton in honor of Alexander Hamilton.

In a letter to Joseph Ellicott in 1804, Hoops discusses the name Olean from the local Oil Springs and the Latin word oleum:

Canandaigua, N.Y., April 15, 1804 "To Joseph ELLICOTT, Esq., Batavia, New York. Dear Sir,-It was proposed to me at New York to drop the Indian name of Ischue or Ischua (it is also spelt other ways). Confusion might arise from the various spellings, of which to obviate all risk I have concluded so to do as proposed. The neighborhood of the oil spring suggests a name different in sound, though perhaps not different in meaning, which I wish to adopt,-it is "Olean." You will do me a favor by assisting me to establish this name. It may easily be done now by your concurrence. The purpose will be most effectually answered by employing the term, when occasion requires, without saying anything of an intended change of name. To begin, you will greatly oblige me by addressing the first letter you may have occasion to write to me, after I receive the survey, to the Mouth of Olean. The bearer being properly instructed, there will be thereafter no difficulty. Your co-operation in the matter (the effect of which, though not important in itself, may be so on account of precision) will oblige. Your servant, A. HOOPS

The Post Office recognized the new town as "Olean Point". The site was surveyed by 1808, and a map from that year shows a basic street pattern that still survives, along with most of the modern street names. In 1823, the city is called Olean, without the "Point", on county maps.

In 1854 Olean was formally incorporated by the New York State Legislature, and the trustees elected at the first subsequent town meeting were Dr. Lambert Thithney, C.B.B. Barse, Charles Thing, and John K. Comstock. Enos C. Brooks, descendant of Judge James Brooks and of Cornelius Brooks (one of the earliest settlers of Olean (1808)), was appointed Clerk of Olean.[4]

Adam Hoops's dream of creating a major transportation hub on the Allegheny River -- on the scale of a Buffalo or a Pittsburgh -- was never realized, and he himself died in poverty. Nonetheless, Olean prospered and was soon the central town of the region. Olean grew quickly as a transportation hub for migrants taking the Allegheny River into Ohio. For much of this era, Olean was larger and better known than its northern competitor, Buffalo. This period ended with the creation of the great canals, especially the Erie Canal in 1825. The Allegheny River was usually too shallow for the larger steamboats to navigate except in the spring, and only two steamboats--the Allegheny in 1830 and the New Castle of 1837--reached the city.[5] A Genesee Valley Canal was extended to Olean and the Allegheny River in 1862, but the Allegheny's shallowness and the rise of the railroads rendered it obsolete before it even opened.

Timber was a major industry in New York and Pennsylvania between 1830 and 1850, and Olean was the chief timber town in the region during those times. After river travel declined, Olean became the regional railroad hub. The town was the crossroads of several railroads, a situation which endures into today with the WNYP.

Olean was the home of several corporations. During the late 19th century, Olean had a few mills, a bicycle company, a manufacturer of mechanical pumps, and a glass works, among other factories. St. Bonaventure University was founded just outside town in 1858. Olean was incorporated as a village in 1854, and as a city in 1893. Olean was rivals with the comparably populated, but much newer, city of Salamanca (city), New York at the turn of the 20th century, but the decline of the timber industry in southwestern Cattaraugus County and complications with Salamanca being situated on borrowed Seneca Nation land allowed Olean to continue growing while Salamanca declined.

Oil was first discovered in the region by a French explorer in 1632, but it was rediscovered for commercial use during the Pennsylvania oil rush. Oil became the city's claim to fame for fifty years.

Olean was the railroad and pipeline hub for the surrounding oil region. The operations HQ of Standard Oil's New York affiliate, Socony, was based in the city. Oil produced on both sides of the state line (e.g. in Bradford, Pennsylvania) would be transported to Olean for rail travel. For a short time, Olean was the world's largest oil depot, complete with a "tank city" on the edge of town.[6] A pipeline was also built linking the city to Standard Oil refineries in Bayonne, New Jersey. The oil industry maintained a presence in the city until 1954, the same year in which Olean's population peaked.

Oil also produced Olean's highest-ranking politician. Oil executive Frank W. Higgins was governor of New York in 1905-1907. Higgins' family owned grocery stores in the area, and Higgins also ran this business before his political career. To this day, Olean is one of the few smaller cities in New York State to be home to a governor.

Olean garnered notoriety as a major stop on bootlegging routes during Prohibition in 1920s. Dempsey, the Chief of Police, did not condone these thugs or their illegal activities. He did not aggressively pursue arrests, however, unless he had evidence the violator was responsible for a crime committed in his jurisdiction. As long as you kept your nose clean in the Olean City limits, it was a "safe haven". Local stories relating to this period are numerous. Some are documented and some are legends. Olean, located on a back road route between Chicago and New York City, was often frequented by famous mobsters of the era. Al Capone of Chicago, probably the most famous gang leader of the time, visited Olean in pursuance of his illegal endeavors. Olean was nicknamed "Little Chicago" in the press, due to its connection with mobsters and bootleggers, and Capone was a frequent visitor.[7]

Olean is the largest city in Cattaraugus County. The city's population peaked at an estimated 25,000 during the mid-1950s. The current population of the city is around 15,000.

A branch of Jamestown Community College is within the city. St. Bonaventure University is a few miles to the west in the town of Allegany.

Bradner Stadium, originally built in the 1920s, is a multi-purpose stadium which for years was once the home to the minor-league baseball teams the Olean Oilers. However, in 2012 the Olean Oilers were recreated. The Oilers currently play in the NYCBL League and won the League Championship in 2015 and 2016.

Bradner Stadium also hosts the Olean High School football team. The Huskies play all of their home games in the stadium located in East Olean.

The following are listed on the National Register of Historic Places: Beardsley-Oliver House, Conklin Mountain House, Oak Hill Park Historic District, Olean Armory, Olean Public Library, Olean School No. 10, St. Stephen's Episcopal Church Complex, Temple B'Nai Israel, Union and State Streets Historic District, and the United States Post Office.[13][14][15] The Church of St Mary of the Angels on Henley Street was built in 1915 and was designated by Pope Francis as a basilica in 2017.

Until 1970 the Erie Lackawanna Railroad operated through Olean the Chicago - Hoboken, New Jersey Lake Cities; which was the last passenger train to span through the entire Southern Tier.[19] The Erie and the PRR train stations were about one mile apart.[20]

The nearest general commercial airports with scheduled flights for the public are in Erie, Buffalo and the Elmira area. 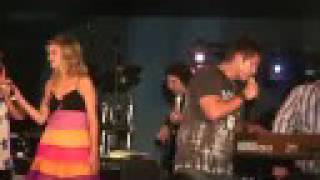 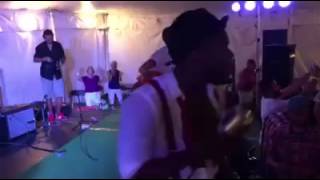 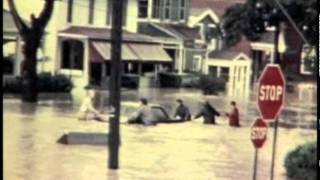 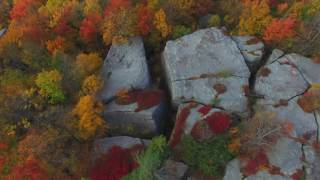 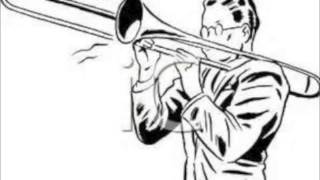 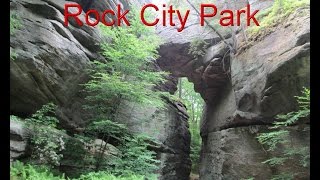 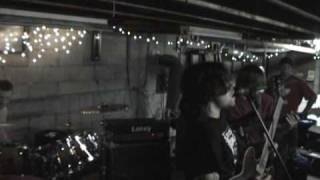 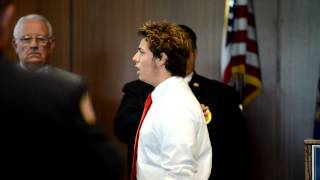 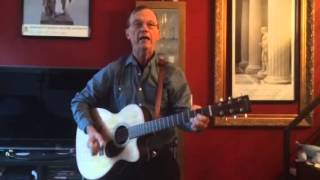 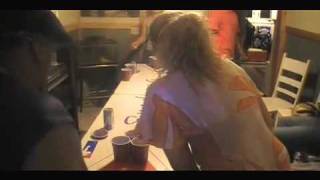 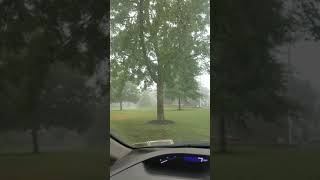 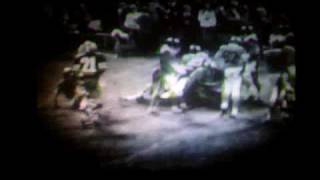 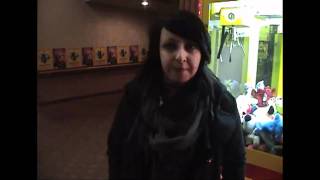 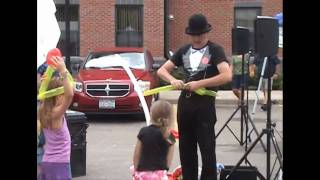 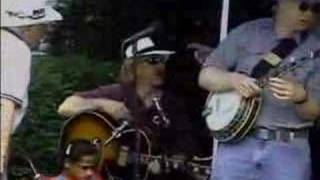 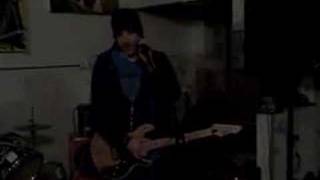 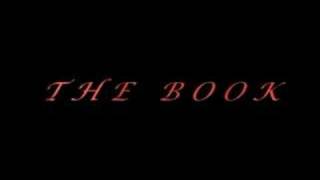 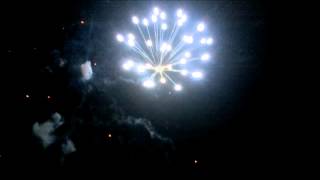 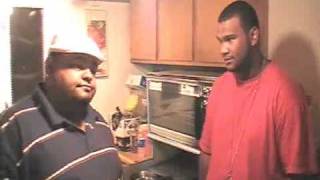