A phrase originally presented as a motif may become a figure which accompanies another melody, as in the second movement of Claude Debussy's String Quartet (1893).[1]

Play (help·info) White would classify the accompaniment as motivic material since it was, "derived from an important motive stated earlier".[2]

In Beethoven's Fifth Symphony a four-note figure becomes the most important motif of the work, extended melodically and harmonically to provide the main theme of the first movement.

Motive from Machaut's Mass, notable for its length of seven notes.[3]

Motive from many of Bach's works including the first movements of the third and sixth Brandenburg Concertos and the third viol da gamba sonata.[4]

In music, a motif

(pronunciation) (help·info) IPA: (/mo?'ti:f/) (also motive) is a short musical phrase,[5] a salient recurring figure, musical fragment or succession of notes that has some special importance in or is characteristic of a composition: "The motive is the smallest structural unit possessing thematic identity".[3]

The Encyclopédie de la Pléiade regards it as a "melodic, rhythmic, or harmonic cell", whereas the 1958 Encyclopédie Fasquelle maintains that it may contain one or more cells, though it remains the smallest analyzable element or phrase within a subject.[6] It is commonly regarded as the shortest subdivision of a theme or phrase that still maintains its identity as a musical idea. "The smallest structural unit possessing thematic identity".[3] Grove and Larousse[7] also agree that the motif may have harmonic, melodic and/or rhythmic aspects, Grove adding that it "is most often thought of in melodic terms, and it is this aspect of the motif that is connoted by the term 'figure'."

A motif thematically associated with a person, place, or idea is called a leitmotif. Occasionally such a motif is a musical cryptogram of the name involved. A head-motif (German: Kopfmotiv) is a musical idea at the opening of a set of movements which serves to unite those movements.

Scruton, however, suggests that a motif is distinguished from a figure in that a motif is foreground while a figure is background: "A figure resembles a moulding in architecture: it is 'open at both ends', so as to be endlessly repeatable. In hearing a phrase as a figure, rather than a motif, we are at the same time placing it in the background, even if it is...strong and melodious".[1]

Any motif may be used to construct complete melodies, themes and pieces. Musical development uses a distinct musical figure that is subsequently altered, repeated, or sequenced throughout a piece or section of a piece of music, guaranteeing its unity. Such motivic development has its roots in the keyboard sonatas of Domenico Scarlatti and the sonata form of Haydn and Mozart's age. Arguably Beethoven achieved the highest elaboration of this technique; the famous "fate motif" --the pattern of three short notes followed by one long one--that opens his Fifth Symphony and reappears throughout the work in surprising and refreshing permutations is a classic example.

Motivic saturation is the "immersion of a musical motive in a composition", i.e., keeping motifs and themes below the surface or playing with their identity, and has been used by composers including Miriam Gideon, as in "Night is my Sister" (1952) and "Fantasy on a Javanese Motif" (1958), and Donald Erb. The use of motives is discussed in Adolph Weiss' "The Lyceum of Schönberg".[8]

Hugo Riemann defines a motif as, "the concrete content of a rhythmically basic time-unit."[9]

Anton Webern defines a motif as, "the smallest independent particle in a musical idea", which are recognizable through their repetition.[10]

Arnold Schoenberg defines a motif as, "a unit which contains one or more features of interval and rhythm [whose] presence is maintained in constant use throughout a piece".[11]

Head-motif (German: Kopfmotiv) refers to an opening musical idea of a set of movements which serves to unite those movements. It may also be called a motto, and is a frequent device in cyclic masses.[12] 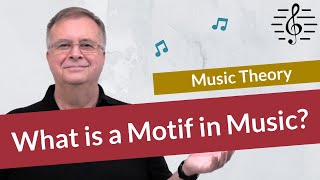 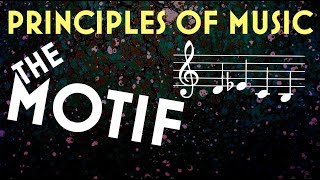 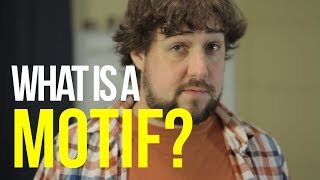 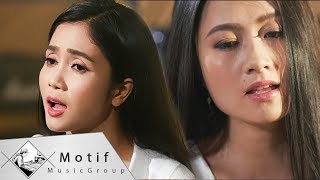 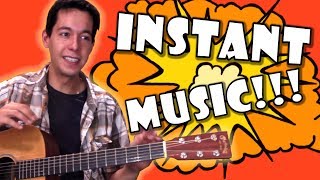 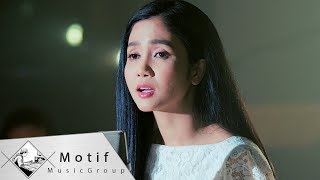 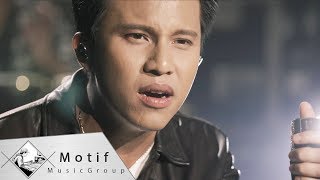 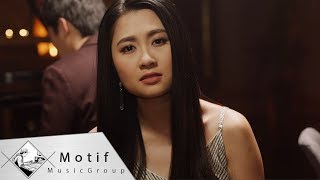 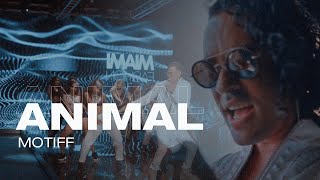 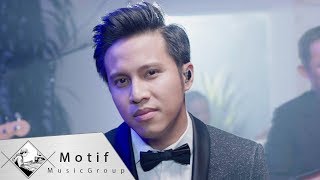 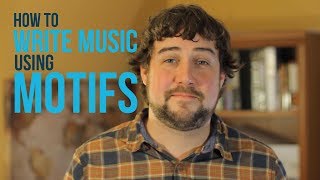 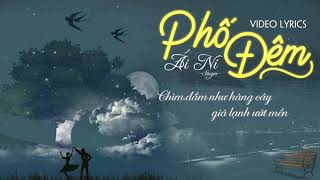 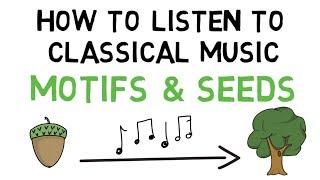 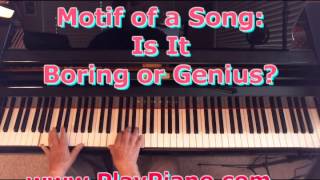 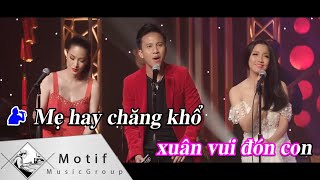 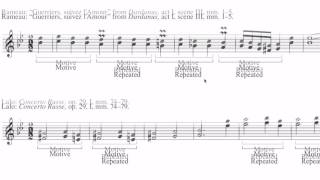