In each of these scale formations, the first, third, and fifth scale degrees form a minor triad (rather than a major triad, as in a major scale). In some contexts, minor scale is used to refer to any heptatonic scale with this property[2] (see Related modes below).

Thus, for instance, you can build the A natural minor scale by lowering the 3rd, 6th, and 7th degrees of the A major scale by one semitone:

Because of this, the key of A minor is called the parallel minor of A major.

This pattern of whole and half steps characterizes the natural minor scales.

The intervals between the notes of a natural minor scale follow the sequence below:

The natural minor scale is maximally even.

The harmonic minor scale (or Aeolian ?7 scale) has the same notes as the natural minor scale except that the 7th degree is raised by one semitone, creating an augmented second between the 6th and 7th degrees.

Thus, a harmonic minor scale is represented by the following notation:

Thus, you can build a harmonic minor scale by lowering the 3rd and 6th degrees of the parallel major scale by one semitone.

The scale is called the harmonic minor scale because it is a common foundation for harmonies (chords) in minor keys. For example, in the key of A minor, the dominant (V) chord (the triad built on the 5th scale degree, E) is a minor triad in the natural minor scale. But when the 7th degree is raised from G? to G?, the triad becomes a major triad.

Chords on degrees other than V may also include the raised 7th degree, such as the diminished triad on VII itself (viio), which has a dominant function, as well as an augmented triad on III (III ), which is not found in any "natural" harmony (that is, harmony that is derived from harmonizing the seven western modes, which include "major" and "minor"). This augmented fifth chord (?5 chord) played a part in the development of modern chromaticism.

The triads built on each scale degree follow a distinct pattern. The roman numeral analysis is shown below.

An interesting property of the harmonic minor scale is that it contains two chords that are each generated by just one interval:

While it evolved primarily as a basis for chords, the harmonic minor with its augmented second is sometimes used melodically. Instances can be found in Mozart, Beethoven (for example, the finale of his String Quartet No. 14), and Schubert (for example, in the first movement of the Death and the Maiden Quartet). In this role, it is used while descending far more often than while ascending.

The Hungarian minor scale is similar to the harmonic minor scale but with a raised 4th degree. This scale is sometimes also referred to as "Gypsy Run", or alternatively "Egyptian Minor Scale", as mentioned by Miles Davis who describes it in his autobiography as "something that I'd learned at Juilliard".[6]

In popular music, examples of songs in harmonic minor include Katy B's "Easy Please Me", Maroon 5's "Wake Up Call", and Jazmine Sullivan's "Bust Your Windows".

The distinctive sound of the harmonic minor scale comes from the augmented second between its 6th and 7th scale degrees. While some composers have used this interval to advantage in melodic composition, others felt it to be an awkward leap, particularly in vocal music, and preferred a whole step between these scale degrees for smooth melody writing. To eliminate the augmented second, these composers either raised the sixth degree by a semitone or lowered the seventh by a semitone.

The ascending and descending forms of the A melodic minor scale are shown below:

The ascending melodic minor scale can be notated as

while the descending melodic minor scale is

Using these notations, you can build the two melodic minor scales by altering the parallel major scale.

Theme in G melodic minor from the opening of the second concerto in Vivaldi's L'estro armonico (1711)[7] Although the piece is in G minor, the key signature is for G Dorian (one flat). By convention, in modern notation (and for tonal music written since the common-practice period), key signatures are typically only based on a major (Ionian mode) or minor (natural minor or Aeolian mode) key, not on modes like the Dorian mode.

Composers have not been consistent in using the two forms of the melodic minor scale. Just as often, composers choose one form or the other based on whether one of the two notes is part of the most recent chord (the prevailing harmony).[] Composers frequently require the lowered 7th degree found in the natural minor in order to avoid the augmented triad (III) that you get in the ascending form of the scale.

In jazz, only the ascending form of the scale is usually used.

Examples of the use of melodic minor in rock and popular music include Elton John's "Sorry Seems To Be The Hardest Word", which makes, "a nod to the common practice... by the use of F? [the leading tone in G minor] as the penultimate note of the final cadence."[8]

Sometimes scales whose root, third, and fifth degrees form a minor triad are considered "minor scales". In the Western system, derived from the Greek modes, the principal scale that includes the minor third is the Aeolian mode (the natural minor scale), with the minor third also occurring in the Dorian mode and the Phrygian mode. The Dorian mode is a minor mode with a major sixth, while the Phrygian mode is a minor mode with a minor second. The Locrian mode (which is very rarely used) has a minor third but not the perfect fifth, so its root chord is a diminished triad. 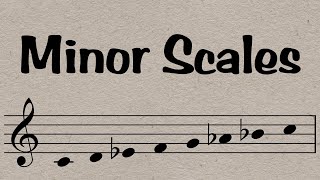 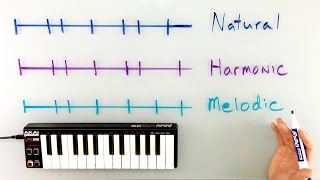 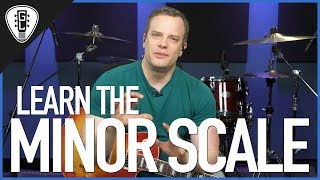 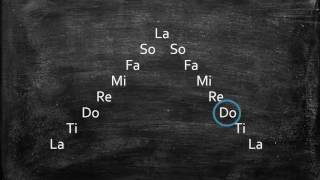 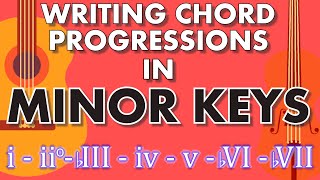 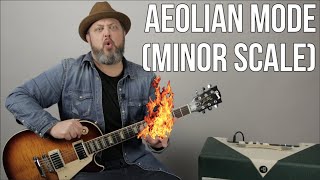 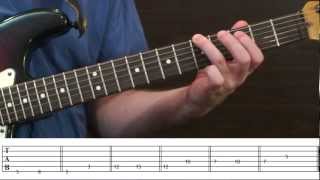 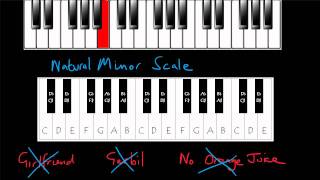 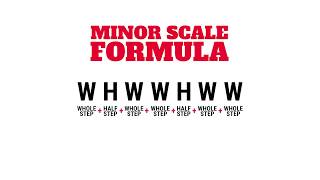 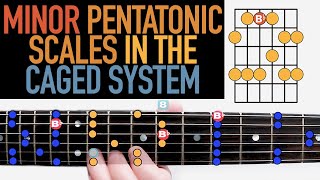 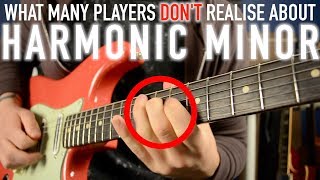 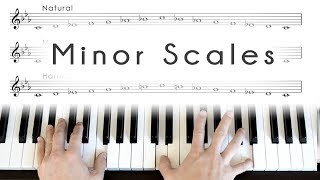 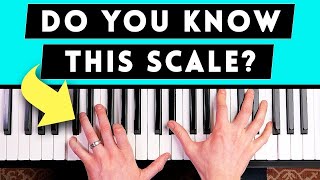 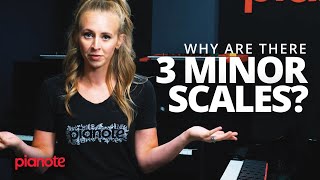 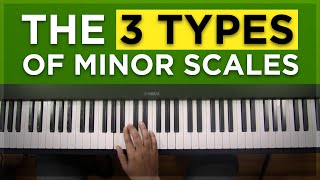 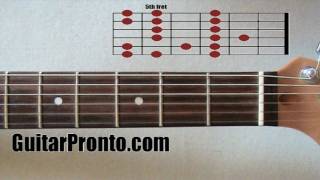 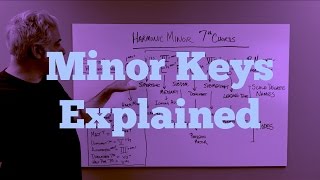 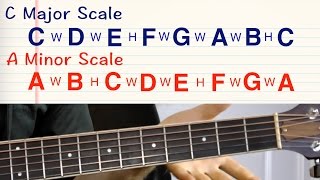 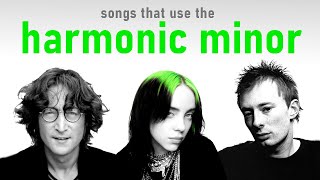 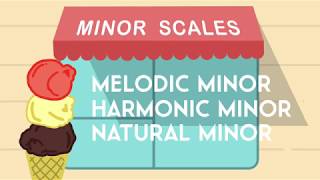