Lake County is a county located in the north central portion of the U.S. state of California. As of the 2010 census, the population was 64,665.[3] The county seat is Lakeport.[5] The county takes its name from Clear Lake, the dominant geographic feature in the county and the largest natural lake wholly within California[6] (Lake Tahoe is partially in Nevada; the Salton Sea was formed by flooding).

Lake County has been inhabited by Pomo Native Americans for over ten thousand years. Pomos had been fishermen and hunters, known especially for their intricate basketry made from lakeshore tules and other native plants and feathers. Pomo people continue to live in Lake County.[8]

The area had European-American settlers from at least the 1840s. Lake County was created in 1861 from parts of Napa and Mendocino counties.[9] The eastern boundary of Lake County, which was not clearly specified in the 1861 act, was clarified by legislative acts passed in 1864 and 1868.[10] A major effect of the 1868 act was to include in Lake County the entire watershed of North Fork Cache Creek, which had previously been claimed by Colusa County.[11]

Some vineyards were planted in the 1870s by European Americans but the first in the state were established in the 18th century by Spanish missionaries. By the early 20th century, the area was earning a reputation for producing some of the world's greatest wines. However, in 1920, national prohibition essentially ended Lake County's wine production. With authorized cultivation limited to sacramental purposes, most of the vineyards were ripped out and replanted with walnut and pear orchards. A reemergence of Lake County's wine industry began in the 1960s when a few growers rediscovered the area's grape-growing potential and began planting vineyards. Several Lake County American Viticultural Areas, such as High Valley AVA and Red Hills Lake County AVA, have been recognized as having distinct character.

The number of wineries also continues to grow, with over 35 wineries now located in Lake County.[15]

According to the U.S. Census Bureau, the county has a total area of 1,329 square miles (3,440 km2), of which 1,256 square miles (3,250 km2) is land and 73 square miles (190 km2) (5.5%) is water.[18] Two main watercourses drain the county: Cache Creek, which is the outlet of Clear Lake; and Putah Creek. Both of these flow to the Sacramento River. The main streams which flow into Clear Lake are Forbes Creek, Scotts Creek, Middle Creek, and Kelsey Creek. At the extreme north of the county Lake Pillsbury and the Van Arsdale Reservoir dam the Eel River, providing water and power to Ukiah in Mendocino County.

Clear Lake is believed to be the oldest warmwater lake in North America, due to a geological fluke. The lake sits on a huge block of stone which slowly tilts in the northern direction at the same rate as the lake fills in with sediment, thus keeping the water at roughly the same depth. The geology of the county is chaotic, being based on Franciscan Assemblage hills. Numerous small faults are present in the south end of the lake as well as many old volcanoes, the largest being Cobb Mountain. The geologic history of the county shows events of great violence, such as the eruption of Mount Konocti and Mount St. Helena and the collapse of Cow Mountain, which created the hills around the county seat of Lakeport. Blue Lakes, Lake Pillsbury, and Indian Valley Reservoir are the county's other major bodies of water.

Lake County has habitats for a variety of species of concern including the uncommon herb, Legenere limosa, the rare Eryngium constancei, and the tule elk. Waterfowl, bear, and other wildlife abound in the Clear Lake basin.

Due to its surrounding hilly terrain, Lake is the only one of California's 58 counties never to have been served by a railroad line.

In 2015 President Barack Obama created the Berryessa Snow Mountain National Monument, incorporating these and other areas.

In the late 19th century, the worldwide popularity of mineral water for the relief of myriad physical ailments resulted in the development of mineral resorts around Clear Lake.[19]

Lake County had a median home value in the year 2005 of $255,300, according to the American Community Survey. This median is less than the overall California 2005 home median value of $477,700 and greater than median home value of $167,500 for the rest of the nation in that year. In 2005, the American Community Survey reported that 14.4% of Lake County's owner-occupied dwellings are valued over a half a million dollars.

The recent sharp increase in per capita income can be directly linked to those people who have recently relocated to Lake County and telecommute to their jobs in the Bay Area. In addition, real estate values have risen due to a boom from 2003 to 2006, caused by Bay Area residents' discovery that Lake County residential real estate was lower in cost than that in adjacent Napa, Sonoma and Mendocino counties.

The income of residents of the county varies widely. The county is the largest employer thus far, followed by large retailers such as Wal-Mart, Safeway, and Kmart. Several franchised retailers have recently entered the county (up 28% since 2003) and have created a diverse employment environment. Employment statistics continue to improve, again supported by the influx of Bay Area relocations and the benefit of telecommuting. Lake County is mostly agricultural, with tourist facilities and some light industry. Major crops include pears, walnuts and, increasingly, wine grapes.

According to official estimates based on the 2000 Census, 30% of housing units in Lake County were manufactured housing units.[36] This was the highest percentage of any California county.[37]

In its early history, Lake County leaned Democratic in Presidential and congressional elections. It supported every Democratic presidential candidate between 1864 and 1916 except Alton B. Parker in his 1904 landslide defeat.[39] Nonetheless, between 1920 and 1984 Lake County tended towards being Republican and was won by just four Democratic nominees - Franklin D. Roosevelt in 1932 and 1936, Lyndon B. Johnson in 1964 and Jimmy Carter in 1976. Ronald Reagan in 1984 remains the last Republican to win a majority in the county, which has reverted to leaning Democratic.[39]

In the state legislature, Lake is part of the 4th Assembly district and the 2nd Senate district.

On November 4, 2008, Lake County voted 52.6% for Proposition 8, which amended the California Constitution to ban same-sex marriages.[42]

Lake County was one of the few Democratic-leaning counties in California to shift toward the Republican in the 2016 Presidential Election by any substantial margin, experiencing a 14 percent swing, the second-largest in the state for either candidate, and, after Stanislaus, the closest the GOP came to flipping a county that supported Obama in 2012.[]

There are also several numbered county routes in Lake County.

Lake Transit serves all areas around Clear Lake. Local routes serve Lakeport, Clearlake and Lower Lake. Connections are also provided to St. Helena (in Napa County) and Ukiah (in Mendocino County). Some routes operate on weekdays only; no service is provided on Sundays and observed public holidays.[48][49]

Lampson Field is the county's public airport. There are also several private airstrips located throughout the county.

In 1888 the Vaca Valley and Clear Lake Railroad reached Rumsey, but the planned line to Clear Lake was never built. The Clear Lake Railroad started work on a line from Hopland to Lakeport: "In November 1911 first ground was broken for the Hopland-Clear Lake railroad to Hopland. Mrs Harriet Lee Hammond, wife of the president of the road started construction. ... There were six miles of track out of Hopland ...", but this was also abandoned.[50][51][52]

The population ranking of the following table is based on the 2010 census of Lake County.[53] 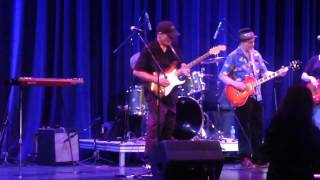 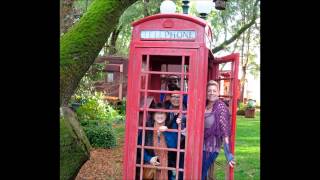 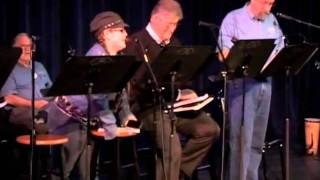 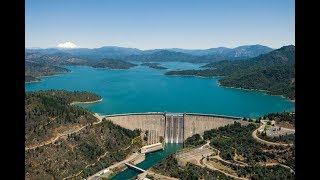 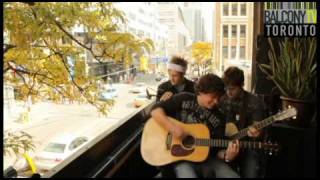 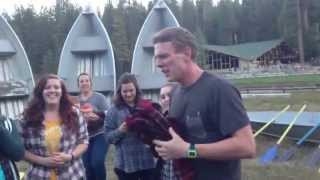 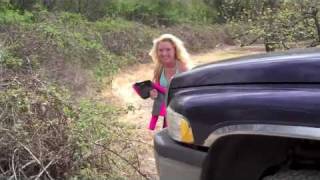 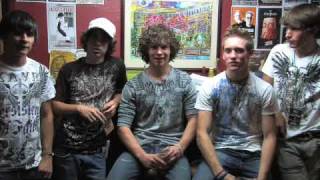 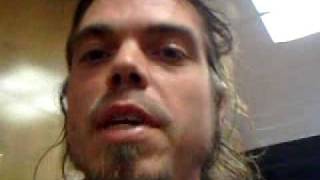 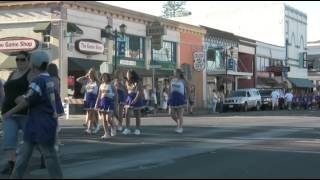 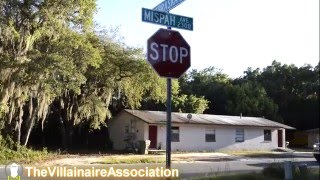 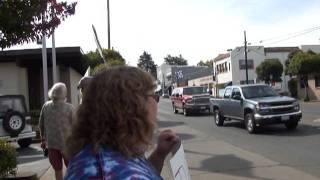 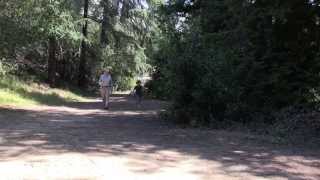 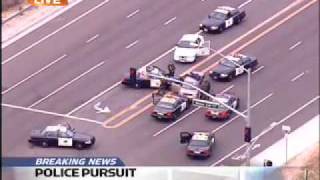 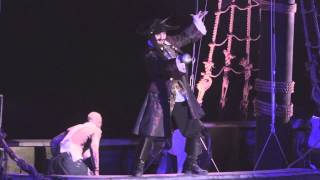 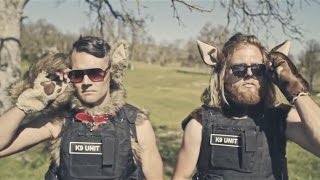 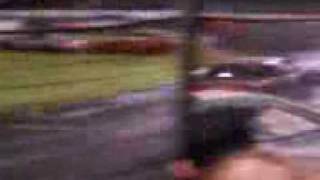