Hutchinson is the largest city and county seat in Reno County, Kansas, United States,[1] and located on the Arkansas River. It has been home to salt mines since 1887, thus its nickname of "Salt City", but locals call it "Hutch". As of the 2010 census, the city population was 42,080.[5]

The Bisonte Hotel, built in 1906 and closed in 1946. It was the Harvey House and Santa Fe Railroad station in Hutchinson. The city of Hutchinson was founded in 1871, when frontiersman Clinton "C.C." Hutchinson contracted with the Santa Fe Railway to make a town at the railroad's crossing over the Arkansas River. The town actually sprang up about one-half mile north, on the banks of Cow Creek, where a few houses already existed. C.C. Hutchinson later founded the Reno County Bank in 1873, and by 1878 had erected the state's first water-mill at Hutchinson.[7] The community earned the nickname "Temperance City" due to the prohibition of alcohol set by its founder.[8] Hutchinson was incorporated as a third class city in August 1872.[9]

In 1887, the Chicago, Kansas and Nebraska Railway built a main line from Herington through Hutchinson to Pratt.[10] In 1888, this line was extended to Liberal. Later, it was extended to Tucumcari, New Mexico and El Paso, Texas. It foreclosed in 1891 and was taken over by Chicago, Rock Island and Pacific Railway, which shut down in 1980 and reorganized as Oklahoma, Kansas and Texas Railroad, merged in 1988 with Missouri Pacific Railroad, merged in 1997 with Union Pacific Railroad. Most locals still refer to this railroad as the "Rock Island".

Also in 1887, local salt deposits were discovered for the first time, when Ben Blanchard, a land speculator who founded South Hutchinson, drilled for oil in the area. Salt mining would become a major industry in Hutchinson, with the city eventually earning the nickname "Salt City".[11]

In 1943, German and Italian prisoners of World War II were used in Kansas and other Midwest states as a means of solving the labor shortage caused by American men serving in the war effort. Large prisoner-of-war camps were established in Kansas: Camp Concordia, Camp Funston (at Fort Riley), Camp Phillips (at Salina under Fort Riley). Fort Riley established 12 smaller branch camps, including Hutchinson.[13][14]

On January 17, 2001, 143 million cubic feet (4,000,000 m3) of compressed natural gas leaked from the nearby Yaggy storage field.[15] It sank underground, then rose to the surface through old brine or salt wells, making around 15 gas blowholes.

An explosion in the downtown area at 10:45 am destroyed two businesses and damaged 26 others. An explosion the next day in a mobile-home park killed two people. The Kansas National Guard was called in to help evacuate parts of the city because of the gas leaks, and a team of specialists looked over all the city for leaks after the event. These events were broadcast on nationally televised news stations across the country.[16][17][18]

On June 21, 2013, following a grassroots campaign in an effort to promote Smallville Con, a comic-book convention hosted at the Kansas State Fair, the mayor of Hutchinson decreed the city's name would be changed to "Smallville" for one day in honor of Superman's fictional Kansas hometown of the same name. The tradition has continued every year coinciding with the convention for two days every June.[19]

The city lies on the northeast bank of the Arkansas River in the Great Bend Sand Prairie region of the Great Plains.[22] Cow Creek, a tributary of the Arkansas, runs southeast through the city.[23]

Salt was discovered in Reno County by Benjamin Blanchard on September 26, 1887.[30] This gave rise to the first salt-processing plants west of the Mississippi River. Salt was originally extracted using the evaporation method by pumping water into brine wells. In 1923, the Carey Salt[31] Company opened the only salt mine in Hutchinson, which then produced rock salt. That mine is still in use today and is now operated by Hutchinson Salt Company. Cargill and Morton Salt also have evaporative salt plants in Hutchinson.

Excavated portions of the mine are used for archival storage of movie and television masters, data tapes, and permanent business records. Underground Vaults & Storage[32] currently houses the masters for The Wizard of Oz (1939), Gone with the Wind (1939), and Star Wars (1977), among many others.[33]

The world's longest grain elevator was built in Hutchinson in 1961.

Dillon's grocery stores was established in Hutchinson by J.S. Dillon in the 1920s (originated in Sterling, Kansas). Dillon's was bought out by The Kroger Co. in 1983. The company still operates a distribution center and headquarters for Dillons and Kwik Shop in town.

The Eaton Corporation operates a hydraulics plant in Hutchinson. On August 22, 2006, Eaton announced it would keep the Hutchinson plant open because of a $1 million economic incentive from the City of Hutchinson and a $2 million incentive from the State of Kansas. 155 assembly jobs were moved to the Reynosa, Mexico plant in June 2007.[34]

Lowen Corporation,[36] founded in 1950 in a converted garage behind C.W. "Mike" Lowen's house, is a provider of graphic solutions. Lowen Sign Company, Lowen Color Graphics, and Lowen Certified are located in Hutchinson.

In May 2009, Siemens announced it would open its American wind turbine nacelle assembly facility in Hutchinson. The facility was expected to begin producing in 2010 and to create 400 jobs in Hutchinson.[37]

Hutchinson is a city of the first class with a council-manager form of government.[38] The city council consists of five members. For purposes of representation in the council, the city is divided into four districts with one council member elected to a four-year term from each district. The fifth council member is elected at-large to a two-year term. Every year, the council selects one member to serve as mayor and another as vice-mayor. Council members are term limited and may not serve for more than one partial term plus two consecutive four-year terms. The council sets policy for the city and oversees the city manager who executes those policies. Hired by the council, the city manager serves as the city's chief administrative officer, administers the city budget, and conducts daily city business. Council meetings occur on the first and third Tuesday of each month, broadcast live on local cable channel 7.[39]

As the county seat, Hutchinson is the administrative center of Reno County. The county courthouse is located downtown, and all departments of the county government base their operations in the city.[40]

Hutchinson lies within Kansas's 1st U.S. Congressional District. For the purposes of representation in the Kansas Legislature, the city is located in the 34th district of the Kansas Senate and the 102nd, 104th, and 114th districts of the Kansas House of Representatives.[38] The main campus of Hutchinson Community College, a two-year public college, is located in the city.[41]

Three public school districts provide education for students in and around Hutchinson.

The Hutchinson High School football team (the Salthawks) has had seven straight appearances, including six straight wins, in the 6A & 5A State Championship Game.

There are also three private schools in Hutchinson:[45]

U.S. Route 50 runs east-west south of the city. K-96 approaches Hutchinson from the south, bypasses it to the west, and then turns northwest. Coming from the west, K-61 runs concurrently with U.S. 50, turns north and runs through the eastern part of the city, and then exits to the northeast.

Hutchinson Municipal Airport is located on the eastern side of the city. The airport is primarily utilized for general aviation.

Three railroads serve Hutchinson. One is the La Junta Subdivision of the BNSF Railway which runs east-west through the city.[49] Amtrak uses the La Junta Subdivision to provide passenger rail service. Hutchinson is a stop on the Southwest Chief, which provides daily train service between Chicago and Los Angeles. Another railroad serving Hutchinson is the Tucumcari Line of the Union Pacific Railroad, which runs northeast-southwest through the city.[50] Lastly, Hutchinson is the terminus of two lines of the Kansas and Oklahoma Railroad: the Hutchinson Subdivision, which enters the city from the south, and the Great Bend Subdivision, which enters the city from the northwest.

There are two hospitals in Hutchinson.[51] The larger of the two, Hutchinson Regional Medical Center, is a not-for-profit general medical and surgical facility that offers a range of services including emergency care.[52] The other hospital is Summit Surgical, a specialized corporate surgical facility.[53]

Hutchinson is home to the Prairie Dunes Country Club, a golf course frequently ranked among the best golf courses in the U.S., and has hosted several United States Golf Association national championship tournaments. The club was founded by Emerson Carey and his four sons in the mid-1930s. The course was designed by Perry Maxwell and the first nine holes opened on September 13, 1937. Twenty years later in 1957 a second 9 holes were opened, designed by J. Press Maxwell (Perry's son). Prairie Dunes was host of the 2002 U.S. Women's Open and 2006 U.S. Senior Open golf championships.

Located on the north eastern edge of Hutchinson is the Sand Hills State Park.[61] 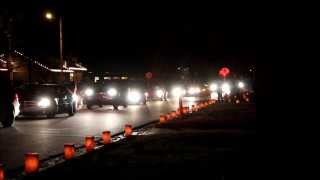 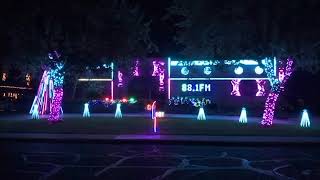 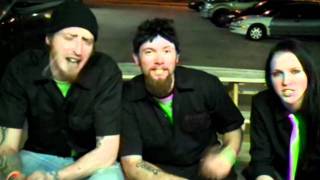 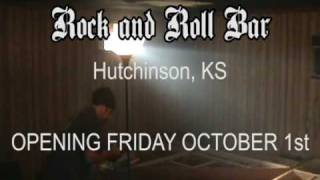 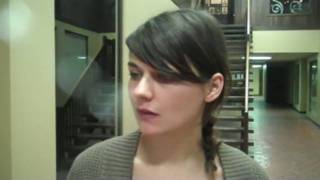 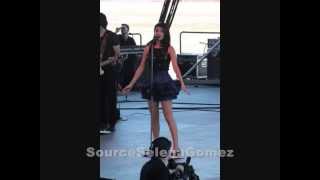 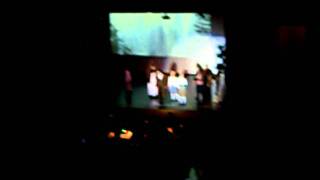 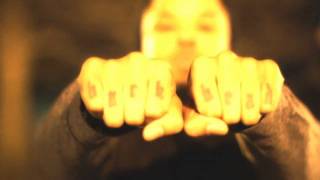 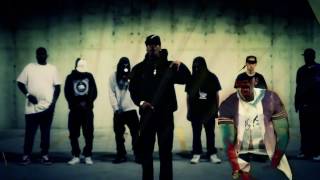 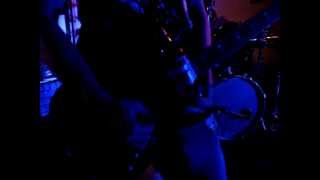 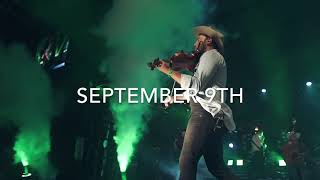 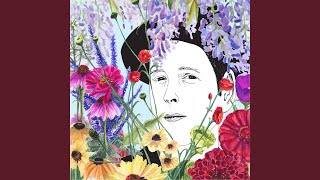 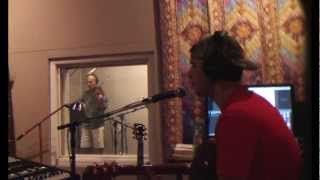 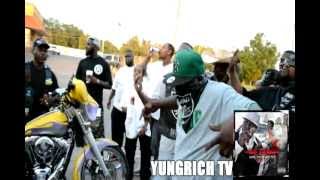 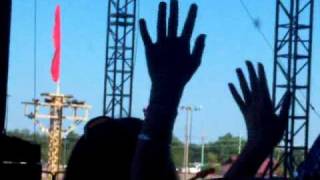 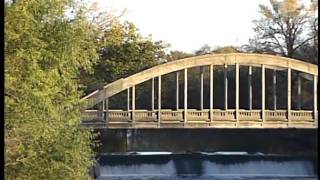 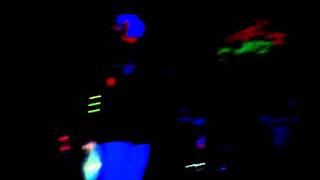