Hickory is a city located primarily in Catawba County, with formal boundaries extending into Burke and Caldwell counties. The city lies in the U.S. state of North Carolina. Hickory's population at the 2010 census was 40,010 (primarily in Catawba County),[5] with an estimated population in 2019 of 41,171. Hickory is the principal city in the Hickory-Lenoir-Morganton MSA, in which the population at the 2020 census was 365,276 and is located just northwest of the Charlotte-Concord Combined Statistical Area.

The origins of Hickory's name stems from a tavern made of logs beneath a hickory tree during the 1850s. The spot was known as "Hickory Tavern." In 1870, Hickory Tavern was established as a town. Three years later in 1873, the name was changed to the Town of Hickory, and in 1889 to the City of Hickory.[6]

The first train operated in the area of Hickory Tavern in 1859. The first lot was sold to Henry Link for $45.00 in 1858. His house is now known as "The 1859 Cafe", a restaurant (closed in 2011).[7] The community of Hickory was the first for many things in North Carolina, including the council-manager form of government it adopted in 1913. Hickory was also one of the first towns to install electric lights in 1888 and a complete sewerage system in 1904.[8]

In 1891, Lenoir-Rhyne University (then Highland Academy) was founded by four Lutheran pastors with 12 initial students.[10]

Hickory is home to one of the oldest furniture manufacturers in the United States that is still located and operated on the original site. Hickory White, formerly known as Hickory Manufacturing Company, was built in 1902 and has been in continuous operation ever since. During World War II, the factory made ammunition boxes for the U.S. military instead of furniture.

Hickory was known in the years after World War II for the "Miracle of Hickory". In 1944 the area around Hickory (the Catawba Valley) became the center of one of the worst outbreaks of polio ever recorded. Residents who were then children recall summers of not being allowed to play outside or visit friends for fear of contracting the disease. Since local facilities were inadequate to treat the victims, the citizens of Hickory and the March of Dimes decided to build a hospital to care for the children of the region. From the time the decision was made until equipment, doctors, and patients were in a new facility, took less than 54 hours. Several more buildings were quickly added. A Red Cross official on the scene praised the project "as the most outstanding example of cooperative effort he has ever seen."[11]

The city also came to national attention when the remains of Zahra Baker were found leading to a police investigation where Zahra's stepmother, Elise Baker, was found guilty of second-degree murder. The Zahra Baker All Children's playground, located in Kiwanis Park, is named in her honor.

Lake Hickory was named after the City of Hickory and runs along its northern edge. The lake covers almost 4,223 acres (17.09 km2) with 105 miles (169 km) of shoreline. Full pond elevation is 935 feet (285 m). Lake Hickory is a reliable source of water for the Cities of Hickory and Conover and the Town of Long View, while also functioning as a recreation hub for boating, fishing, and other water based activities.

Hickory is the largest city within the Hickory-Lenoir-Morganton MSA (Metropolitan Statistical Area). The MSA includes Catawba County, Burke County, Caldwell County, and Alexander County, with a combined population - as of the 2020 Census - of 365,276.[18]

In addition to Hickory, the MSA includes the cities of Lenoir, Morganton, Conover, and Newton, along with a number of smaller incorporated towns and cities.

In 1913, Hickory became the first city in North Carolina to adopt the council-manager form of municipal government, which combines the leadership of elected officials and the administrative experience of a city manager. The mayor and city council set policy and hire a non-partisan manager to oversee city operations, advise council, and implement adopted policies and ordinances.

Early industries such as wagon-making know-how, proximity to expansive forests, and excellent transportation via two intersecting railroads provided fertile ground for the emergence of the furniture industry.[22] Likewise experience with textile manufacturing and easy access to power drove new industries in both fiber-optic cable[22] and pressure-sensitive tape.[23] Forty percent of the world's fiber optic cable is made in the Hickory area.[24]

The furniture industry in Hickory is not as strong as in the decades previous, but still a primary component in the area economy. HSM (company) (formerly Hickory Springs, founded 1944) is a leading manufacturer of mattress coils. It is estimated 60% of the nation's furniture used to be produced within a 200-mile (320 km) radius of Hickory.

The Hickory area is marketed as a data-center corridor[26] and is home to large data-centers operated by Apple and Google. Apple's billion-dollar data-center campus just south of Hickory is one of the world's largest.[27]

Hickory is also home to the corporate headquarters of third-party logistics provider Transportation Insight, a member of North Carolina's top revenue tier of privately held businesses.[28] In 2015, the company relocated its headquarters to the historic Lyerly Full Fashioned Mill in downtown Hickory.[29][30] Intersection of 1st Avenue NE and NC 127 near Downtown Hickory

Hickory is home to the Hickory Crawdads, a Class High-A High-A East minor-league baseball affiliate of the Texas Rangers. The Crawdads play in L.P. Frans Stadium, located in the western portion of the city, near the Hickory Regional Airport.

Hickory is also home to the Hickory Motor Speedway, nationally known as the Birthplace of the NASCAR Stars. The speedway was opened in 1951 and features a 1/2 mile track with seating for approximately 5,000 spectators.

Hickory is the premier destination for furniture shopping in Western North Carolina & home to one of the most spacious and versatile convention centers in North Carolina. The Hickory Metro Convention Center is a special events venue hosting different types of meetings, public shows, corporate and association events, sporting events, large conferences and more. The convention center opened in 1997 and is located conveniently on Interstate 40, near the US 321 interchange in Hickory, North Carolina. More than 200 events from one day to week-long conferences are held each year.

Hickory is buzzing with entertainment for people of all ages and demographics. Throughout the year, Hickory hosts a variety of special events, festivals, and concerts. The City of Hickory is proud to partner with local organizations to support programs and events that promote the City's Life. Well Crafted. brand. Below is a listing of select annual City-sponsored and/or brand partner events.

The Sails Original Music Series features free concerts of live original music under The Sails on the Square in Downtown Hickory.  The series usually occurs every Friday evening in May, June, and September, beginning at 6:30 p.m.  Bring a blanket or lawn chair, a picnic or grab food from downtown establishments, and you can purchase beer and wine from local vendors at the event and enjoy a diverse line-up of bands from regional to internationally recognized musicians.

Swingin' Under the Stars

Presented by the Hickory Music Factory and sponsored by the City of Hickory, the annual Swingin' Under the Stars event brings the big band of the early days of jazz to Union Square in Downtown Hickory. The event is usually held the Sunday of Memorial Day weekend.

An entire weekend of film and fun! The Footcandle Film Festival is designed to bring unique, challenging, and entertaining films to Hickory every September.

Hickory Aviation Museum is an aerospace museum at the Hickory Regional Airport in Hickory, North Carolina. The museum originated from the Sabre Society co-founded by Kyle and Kregg Kirby, when an FJ-3 Fury, the Naval version of the North American F-86 Sabre was recovered and became the first aircraft of the museum. It features a museum located in the former airport terminal with artifacts, a hangar with aircraft and outdoor exhibits of aircraft on the former airport ramp.

Hickory is home to the second oldest art museum in North Carolina. Hickory Museum of Art was established in 1944 by Founding Director, Paul Whitener. The museum is housed at the SALT Block, overseen by the SALT Block Foundation, along with the Catawba Science Center, Hickory Choral Society, United Arts Council and Western Piedmont Symphony. Hickory Museum of Art (HMA) holds exhibitions, events, and public educational programs based on a permanent collection of 19th through 21st century American art. The museum also features a long-term exhibition of Southern contemporary folk art, showcasing the work of self-taught artists from around the region.

Catawba Science Center is a 35,000 sq. ft. science technology museum whose purpose is to change lives and inspire learning through science and wonder. The center houses the Millholland Planetarium, a state-of-the art digital planetarium theater, and two large aquarium galleries featuring both saltwater and freshwater animals.

Hickory Community Theatre is one of the oldest, continuously-operating community theatres in the state of North Carolina, and the oldest performing arts organization in Catawba County. The theatre offers excellent entertainment to Hickory and surrounding communities and provides creative and community service outlet for hundreds of local volunteers.

For 57 years the Western Piedmont Symphony(WPS) has accomplished our mission by providing exceptional classical music with a wide variety of classically trained guest artists which are accompanied by highly trained and talented orchestra members. The symphony hosts several series of concerts, including their free Foothills Pops concerts held annually in Downtown Hickory.

Hickory has been named an "All-America City" three times. The All-America City Award is given annually to ten cities in the United States. It is an award that represents a community's ability to work together and achieve critical local issues. Hickory won this award in 2007, as well as, 1967 and 1987.

The Hickory-Lenoir-Morganton MSA was ranked No. 5 for manufacturing among midsize MSAs in the nation, according to Business Facilities' 2020 Metro and Global Rankings Report.(2020)

According to Forbes's 2019 ranking of the Best Places for Business and Careers, Hickory, N.C. ranks No. 1 in the nation for lowest business costs, at 25% below the U.S. average.  Hickory also held the No. 1 spot for business costs in 2017 and 2018.

Hickory has been ranked among the Top 10 Best Places to Retire in North Carolina, coming in at No. 7 on the list.  Hickory was noted as "one of the most beautiful towns in the state" and a popular destination for sports fans.  (2019)

Realtor.com ranked Hickory, N.C. as the No. 6 least expensive retirement town in the country.(2018)

Realtor.com named Hickory, N.C. as the #1 Best City in America for Holiday Lovers.(2017)

In 2014, Smart Growth America identified the Hickory MSA as being the country's most sprawling metro area.[34]

Hickory has one sister city:[48] 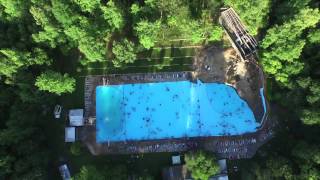 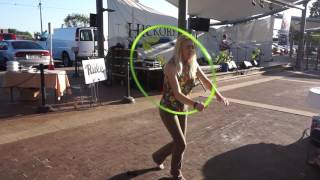 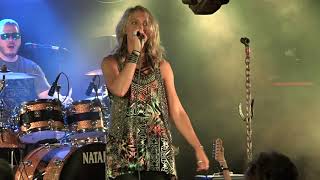 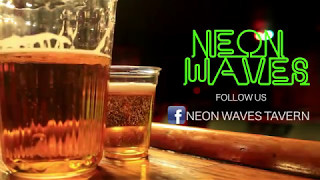 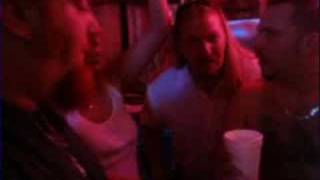 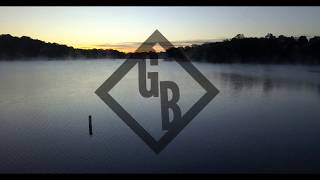 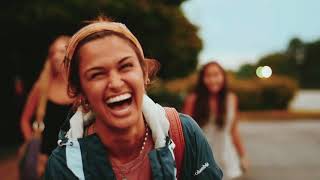 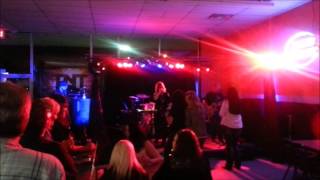 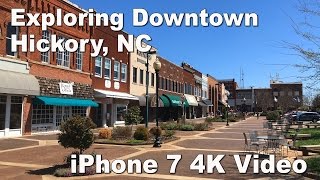 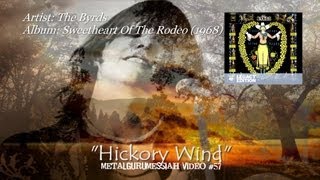 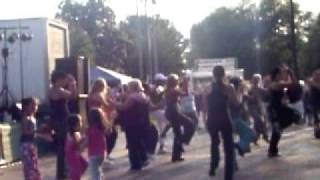 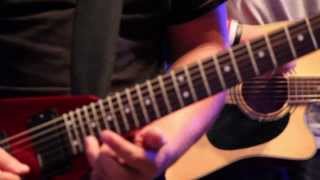 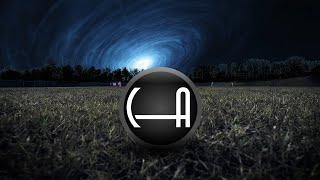 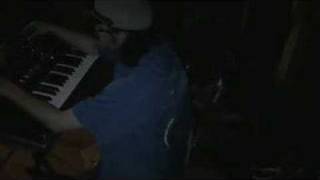 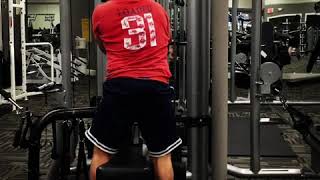 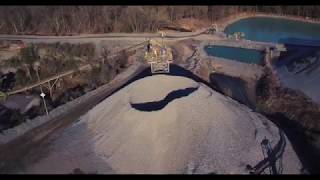 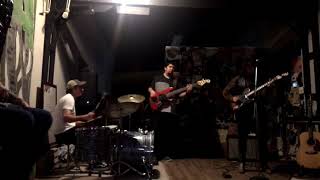