Hammond is a city in Lake County, Indiana, United States. It is part of the Chicago metropolitan area, and the only city in Indiana to border Chicago. First settled in the mid-19th century, it is one of the oldest cities of northern Lake County. As of the 2010 United States census, it is also the largest in population: the 2010 population was 80,830, replacing Gary as the most populous city in Lake County. From north to south, Hammond runs from Lake Michigan down to the Little Calumet River; from east to west along its southern border, it runs from the Illinois state line to Cline Avenue. The city is traversed by numerous railroads and expressways, including the South Shore Line, Borman Expressway, and Indiana Toll Road. Notable local landmarks include the parkland around Wolf Lake and the Horseshoe Hammond riverboat casino. Part of the Rust Belt, Hammond has been industrial almost from its inception, but is also home to a Purdue University campus and numerous historic districts that showcase the residential and commercial architecture of the early 20th century.

Most of Hammond's streets are laid out in a grid pattern similar to Chicago's streets. While Madison Street in Chicago acts as the reference point for north-south street numbering the first "1" is removed; this makes what would be a five digit address number in Illinois into a four digit address number in Hammond. The state line is used as the reference point for east-west street numbering.

Other cities and towns in Northwest Indiana that use the Hammond numbering system are Whiting, Munster and Highland. Dyer also uses the Hammond numbering system but the first number removed from the north-south streets is a "2," as by that point the Illinois numbers across the state line start with the number 2 (Munster's street numbers start with a "1" north of the Dyer line, making them 5 digits); and East Chicago uses the canal located in the middle of the city as the east-west reference point, while embodying Hammond's numbering system for the north-south streets.

The South Shore Line, a Chicago to South Bend, Indiana commuter rail line, has a station on Hohman Avenue. It is operated by the Northern Indiana Commuter Transportation District.

Amtrak, the national passenger rail system, provides twice-daily service in both directions, operating its Wolverine through the Hammond-Whiting station between Chicago and Pontiac, Michigan, just north of Detroit.

The nearest commercial airport is Chicago Midway International Airport about 25 miles away in Chicago.

Bus transit was provided by the Northwest Indiana Regional Bus Authority, which assumed responsibility from the city's Hammond Transit System in 2010, establishing EasyGo Lake Transit system in its place.[13] All EasyGo buses were discontinued on June 30, 2012 due to a lack of funding.[14] In addition, Pace routes 350 and 364 and GPTC Tri-City Connection Route 12 from Gary, Indiana stop at Hammond's Dan Rabin Transit Plaza.

The only hospital in Hammond is Franciscan St. Margaret Health on Stateline Road, across the street from Calumet City, Illinois. It is an accredited chest pain center serving Northwest Indiana and the south suburbs of Chicago. The hospital was founded in late 1898 and was originally called St. Margaret Hospital, later merging with Our Lady Of Mercy Hospital in Dyer, Indiana, in the 1990s and was part of the former Sisters of St. Francis Health Services. The first permanent residents arrived around 1847 to settle on land between the Grand and Little Calumet Rivers, on the south end of Lake Michigan. Those first residents were German farmers newly arrived from Europe looking for land and opportunity. Before that time, the area was a crossroad for Indian tribes, explorers, stagecoach lines and supply lines to the West. Convenient location and abundant fresh water from Lake Michigan led to the beginning of Hammond's industrialization in 1869 with the George H. Hammond Company meat-packing plant following merchants and farmers to the area. Hammond was incorporated on April 21, 1884, and was named after the Detroit butcher.[15] Hammond is one of the oldest cities in Lake County, with Crown Point being the oldest, established in 1834. According to the Encyclopedia of Chicago, George Henry Hammond, a pioneer in the use of refrigerated railcars for the transport of fresh meat, first used this method with his small packing company in Detroit, Michigan. In 1868, Hammond received a patent for a refrigerator car design. In the early 1870s, he built a new plant in northern Indiana along the tracks of the Michigan Central Railroad. By 1873, the George H. Hammond Co. was selling $1 million worth of meat a year; by 1875, sales were nearly $2 million. The company's large packing house in Hammond--the town had taken the name of its most powerful resident--rivaled those located at the Union Stock Yard in Chicago. By the middle of the 1880s, when it built a new plant in Omaha, Nebraska, Hammond was slaughtering over 100,000 cattle a year and owned a fleet of 800 refrigerator cars. After Hammond died in 1886, the company became less important and no longer challenged the giant Chicago packers, who acquired Hammond at the turn of the century and merged it into their National Packing Co.

The downtown Hammond shopping district along State Street and Hohman Avenue included major chains such as Sears and J. C. Penney. The largest stores in downtown were the Goldblatt's and E.C. Minas department stores.[18] The E.C. Minas store was constructed in 1894 and was in business until August 1984.[19] The building which housed the Goldblatt's store had been purchased by the Chicago-based retailer in 1931 and operated until 1982 when it closed due to bankruptcy.[20]

Architect Victor Gruen designed the Woodmar Mall[23] in the Woodmar neighborhood. The mall opened in 1954 and was anchored by a Carson Pirie Scott and Co. store.[24]

According to the 1960 United States Census Hammond's population reached a record high of 111,698 residents.[25] Hammond, like other industrial cities in the Rust Belt, went into decline during the 1970s and 1980s, with the city's population plunging to 94,000 in 1980, and 83,000 in 2000. However, Hammond's economy was more diversified than neighboring Gary, Indiana, East Chicago, Indiana, and the south side of Chicago, which all relied on heavy industry (primarily steel production). Hammond's economy, on the other hand, depended on light manufacturing, transportation & warehousing, retail, banking & insurance, healthcare, hospitality & food service, and construction. Prominent manufacturing companies in Hammond include Unilever's soap factory, Atlas Tube, Cargill food processing, Munster Steel, Lear Seating Corporation, Jupiter Aluminum, Tri-State Automation, and Dover Chemical. Warehousing and storage is also prominent, with ExxonMobil and Marathon Petroleum having large oil storage facilities, and FedEx has a distribution center. Large railroad marshalling yards are also present in the city, with the Indiana Harbor Belt Railroad's headquarters in the city. The State Line Generating Plant operated on the Indiana-Illinois state line from 1929 to 2012, and was demolished in 2014.

The Empress Casino opened in Hammond in June 1996 and was replaced with the Horseshoe Hammond casino in 2001.[26]

In February 2006, the decision was made to demolish Woodmar Mall except for the Carson's store.[27] The Hammond Redevelopment Commission announced plans in June 2016 for a $12 million sports complex to be built on the site of the former mall.[28] The Carson's store closed in 2018, and was demolished in 2019, as part of its parent company's liquidation.[29]

The following single properties and national historic districts are listed on the National Register of Historic Places:

According to the city, those businesses employing 200 or more employees in Hammond are:[30]

Hammond is served by the School City of Hammond, a school corporation under Indiana state law that is independent of the civil city.

Catholic schools are under the Roman Catholic Diocese of Gary.

St. Catherine of Siena, a Catholic elementary school, opened prior to 1949. Prior to 2009 its enrollment had declined, with 130 students that year, and its financial state had deteriorated. The school closed in 2009.[32]

Hammond Public Library, located at 564 State Street, includes the Suzanne G. Long Local History Room. The system used to operate the E.B. Hayward Branch at 1212 172nd Street and the Howard Branch at 7047 Grand Avenue. Both branches have since been closed. The Hammond Public Library was the first library in the state to form a recognized union, a local of AFSCME. Patricia E. Robinson was the first president of the library union.[33]

Hammond is incorporated as a city under Indiana law. It therefore has a mayor and a nine-member city council. Hammond's City Hall is located at 5925 Calumet Avenue. The Hammond City Council has meetings scheduled for the second and fourth Mondays of each month.

The city maintains a city court on the second floor of the City Hall,[34] exercising a limited jurisdiction within Lake County. The court handles not only local ordinance violations and certain minor criminal matters, but also a significant portion of the debt collection and eviction actions brought in Lake County.

Hammond was defeated by the team from Taipei, Taiwan in the 1972 Little League World Series.[35]

During the four years of the Hammond Pros' existence, the NFL had nine African-American players, six of whom played for the Pros. The NFL's first African-American head coach was Hall-of-Famer coach Fritz Pollard of the Pros. 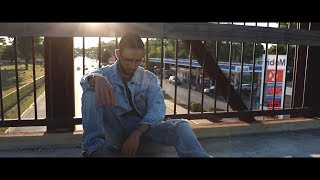 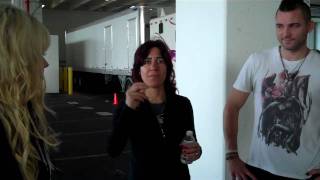 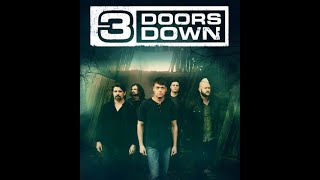 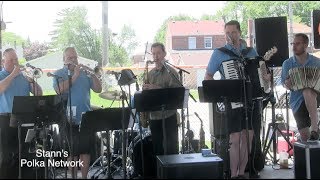 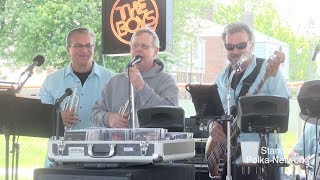 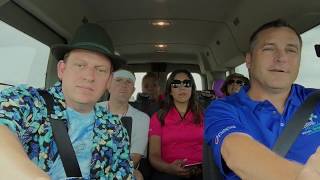 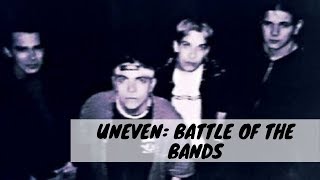 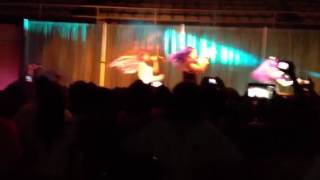 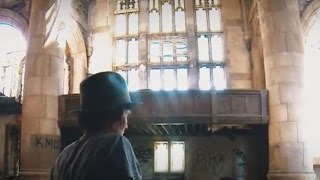 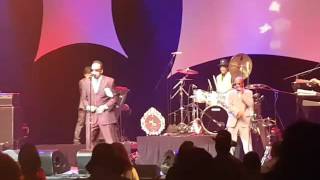 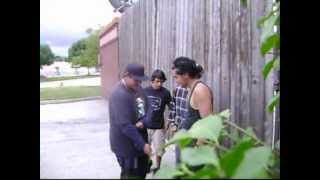 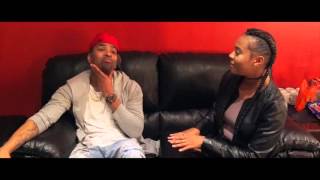 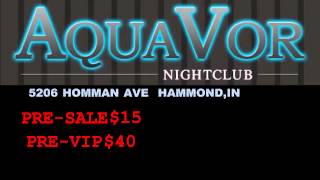 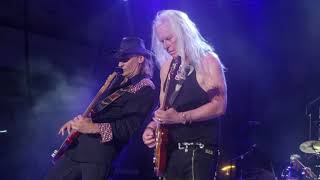 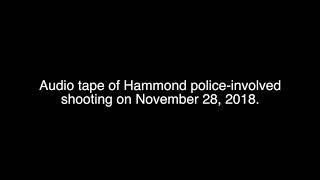 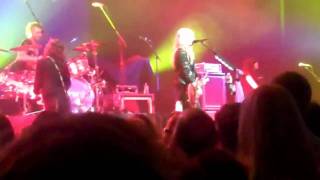 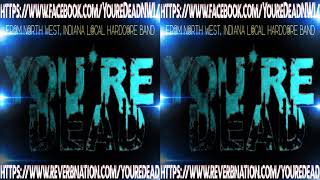