Edina ( ee-DY-n?) is a city in Hennepin County, Minnesota, United States and a first-ring suburb of Minneapolis. Edina began as a small farming and milling community along Minnehaha Creek in the 1860s and became one of Minneapolis's first incorporated suburbs in 1888. In 2019, the population was estimated to be 52,857.

After years of being a streetcar suburb, Edina grew into a prototypical post-war suburb in the 1950s. The city was largely built to be car-centric and plays host to the nation's oldest indoor mall, the Southdale Center.[8][9] The object of white flight from Minneapolis, Edina embraced sundown laws and racial covenants to keep the community white and wealthy.[10] By the late 1990s, Edina had garnered a negative reputation as a predominantly wealthy community[11][9] and as a center of conservative sentiment in traditionally liberal Minnesota.

Since 2000, Edina has become increasingly diverse and progressive.[12] No longer a Republican stronghold, the city is represented at the state and national levels by DFLers.[13] Major corporations, such as Dairy Queen, Great Clips, Edina Realty, and Caribou Coffee, have made their headquarters in Edina, and the city today is known for its shopping, parks, and high quality of life.[14] Ruins of Edina Mill next to Minnehaha Creek Edina began as part of Richfield Township, Minnesota. By the 1870s, 17 families, most of them immigrating as a result of the Great Famine of Ireland, had come to Minnesota and claimed land in the southwest section of what was then Richfield Township.[16] They were followed by settlers from New England and Germany, who claimed additional land near Minnehaha Creek.[17] The Baird and Grimes neighborhoods (which are both listed on the National Register of Historic Places) and the Country Club District (then known as Waterville Mills) in the northeast part of Edina were among the first areas to be established. The area then known as the Cahill Settlement, at West 70th Street and Cahill Road, was also an early community center and the home of Cahill School.[18]

In 1888, the residents of the township held a meeting to consider founding a new village, thus separating themselves from Richfield Township. The idea was favorably accepted by those within the community and a committee was established to oversee the transition.[19]

After the decision was made to form a new village, a debate ensued regarding the naming of the new village. Several town meetings were held in the Minnehaha Grange Hall, during which the names Hennepin Park, Westfield and Edina were suggested. Minutes taken by Henry F. Brown, a farmer and future owner (1889) of the Edina Mill, are summarized as follows:

A long debate ensued with regard to the name by which the corporation shall be called. A motion was made and passed to reconsider the vote taken at the previous meeting of the name of the proposed village, Westfield. Another motion was then made by Andrew Craik to call the proposed village Edina (upon moving to the township in 1869 from Edinburgh, he bought and renamed the mill to the Edina Mill). Before the motion could be decided, James A. Bull, a member of the five person committee, made another motion to adjourn, which was seconded by the majority. However, the chairman of the meeting called this motion out of order, at which time disorder ensued with Baird, Wilson, Ryan and Bull declaring their intent to no longer serve as members of the committee if a gag law was to prevail. During this heated moment the meeting became somewhat boisterous until, after a few minutes order was restored. Seeing that no more work could be done at this time, a final motion was made and passed to reschedule the meeting to a future date.[20]

At the next meeting, the name Edina was finally chosen with a vote of 47 for and 42 against.[19]

There has been a prevailing myth about the decision to name the new village Edina, which states that two opposing communities--the Irish Cahill community and the Scottish Mill community--fought about whether to give the community an Irish name (Killarney Lakes) or a Scottish name (Edina). The 1860 census, however, indicates that there were no Scottish people in Edina in 1860, and only a couple were present at the time of Edina's founding (1888).[17]

The first suburban development in Edina occurred during the early 1900s in Morningside, a neighborhood in the northeastern part of the village. As Morningside grew, conflict arose between its residents who wanted more city services, and the residents of the rest of the village who wanted to maintain Edina's rural character. As a result of that conflict, Morningside seceded from Edina in 1920 and became a separate village.[21] In 1966, however, the Village of Morningside once again became part of Edina.[22]

Edina was not the first settlement in its location. According to historian Deborah Morse-Kahn, the Quaker village that existed where Edina would be built included African American families of Civil War veterans and freed slaves "became very involved in community life--especially as farmland owners, civic and cultural leaders."[23] At the November 1898 general election, J. Frank Wheaton, a Republican African American, was elected to the Minnesota House of Representatives representing District 42, which included all of Edina. Wheaton beat his white Democratic opponent in every Minneapolis city ward and in every village within the legislative district, including Edina, even though the legislative district had only approximately 100 African American residents out of a total of 40,000 residents.[24]

In the early 20th century suburban development brought discriminatory policies that led to nearly all of the African Americans who had been living in Edina to move away.

Other developments, like that built by N. P. Dodge Corporation just a mile away, followed suit in attempting to protect land values through racial policies.[30] Though the Supreme Court ruled these kinds of discriminatory housing clauses unenforceable in its Shelley v. Kraemer decision of 1948, reports of discrimination persisted through the 1950s and 1960s.[23][31] According to the Edina Historical Society's story about the first black family in Morningside (then a separate village) in 1960, attempts to keep them out included tactics like trying "to get [their] lot condemned for drainage."[31] In response, then-mayor Ken Joyce wrote a note dismissing the drainage concern and challenging citizens "to live the Golden Rule". Shortly thereafter the village voted in favor of inclusion.[31]

Jewish residents were also affected by exclusionary deed covenants. In the 1960s, some residents boasted that Edina had "Not one Negro and not one Jew."[32]

There were 20,672 households, of which 29.4% had children under the age of 18 living with them, 53.7% were married couples living together, 6.4% had a female householder with no husband present, 2.3% had a male householder with no wife present, and 37.5% were non-families. 33.1% of all households were made up of individuals, and 18% had someone living alone who was 65 years of age or older. The average household size was 2.31 and the average family size was 2.98. The town's most notable shopping centers are Southdale Center,[46] Galleria Edina, and 50th & France, which is shared with Minneapolis. Besides overseeing the parks, the Edina Park & Recreation Department is also responsible for the operation of 10 arts, community, and recreation facilities within the city including Braemar Golf Course, Braemar Ice Rink, Centennial Lakes Park, and Edinborough Park.

Two prominent Twin Cities waterways, Minnehaha Creek and Nine Mile Creek, make their way through Edina on their ways to the Mississippi and Minnesota Rivers respectively. Both are sites for major regional parks and trails.

There are two country clubs located in Edina, the Edina Country Club and the Interlachen Country Club.

Due in part to its strong boys and girls ice hockey programs, Edina was named by ESPN in 2020 as the "center of the center" of the American ice hockey universe.[50] Since 2016, Edina's Braemar Ice Rink has hosted Da Beauty League, a 4-on-4 ice hockey league with rosters made up of current NHL, AHL, ECHL, and college hockey players wishing to maintain their offseason playing shape.[51]

In December 1979, the first bandy game in the USA was played at Lewis Park Bandy Rink in Edina. It was a friendly game between the Swedish junior national team and Swedish club team Brobergs IF.[52]

There are three private schools in Edina: Our Lady of Grace Catholic School, Golden Years Montessori, and Avail Academy-Edina Campus.

The E Line, an arterial BRT route, is currently planned to travel from the University of Minnesota through Downtown Minneapolis and Uptown to the Southdale Transit Center in Edina. It is expected to be operational by 2026.[57]

The Dan Patch Line and successor Minneapolis, Northfield and Southern Railway operated interurban service through Edina until 1942. Although in poor condition and rated for speeds less than 35 mph, the tracks are still used by freight trains. Under the Dan Patch Corridor proposal, commuter trains would operate between Minneapolis and Northfield with a station in Edina. A feasibility study was conducted in 2000 and found that ridership would be high but there would be a significant cost to upgrade the corridor for commuter trains. Due to this and strong opposition from residents living near the rail line, the proposal was put on hold until other commuter rail lines could be built. In 2002 a legislative gag order was placed on the project, which forbid the Metropolitan Council, MnDOT, and county rail authorities from discussing, studying, and building commuter rail on the Dan Patch Line.[58] In 2017 the Edina City Council conducted a study on the pros and cons of passenger rail on the Dan Patch Line. The conclusion was to not pursue passenger rail at that time (as of 2018).

The following is a list of notable people who were either born in, lived in, are current residents of, or are otherwise closely associated with the city of Edina: 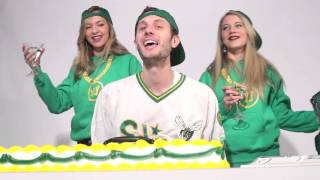 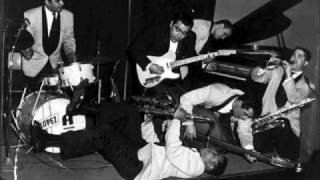 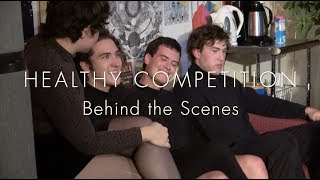 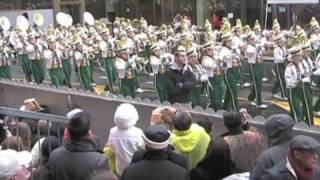 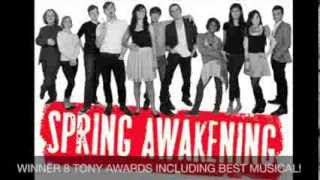 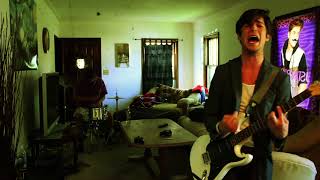 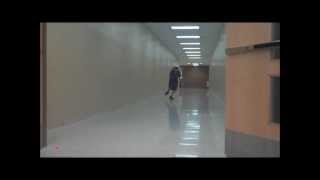 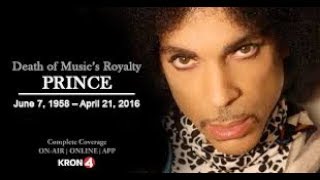 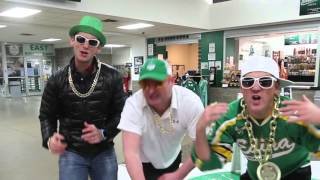 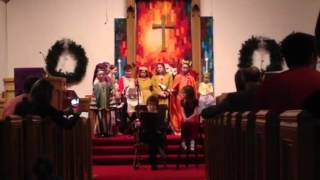 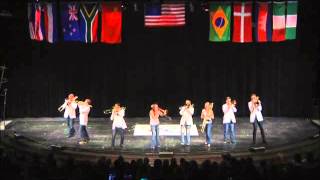 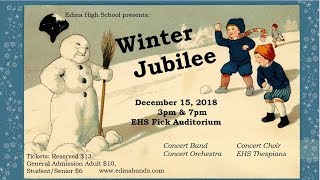 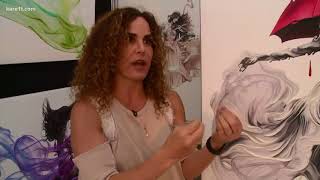 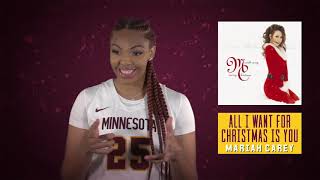 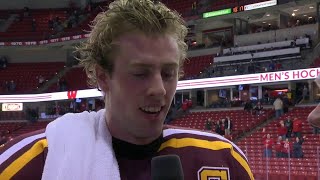 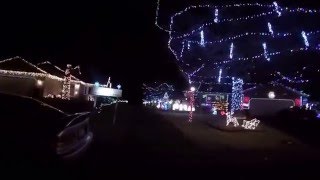 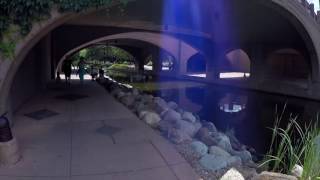 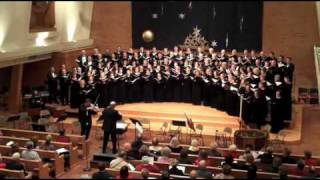 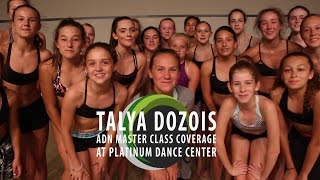