The beginning of the principal theme to the third movement of Berlioz's Symphonie fantastique showing examples of pianissimo (pp) and hairpins.

In music, the dynamics of a piece is the variation in loudness between notes or phrases. Dynamics are indicated by specific musical notation, often in some detail. However, dynamics markings still require interpretation by the performer depending on the musical context: for instance, the forte marking f (meaning loud) in one part of a piece might have quite different objective loudness in another piece or even a different section of the same piece. The execution of dynamics also extends beyond loudness to include changes in timbre and sometimes tempo rubato.

Dynamics are one of the expressive elements of music. Used effectively, dynamics help musicians sustain variety and interest in a musical performance, and communicate a particular emotional state or feeling.

Dynamic markings are always relative.[1] p never indicates a precise level of loudness; it merely indicates that music in a passage so marked should be considerably quieter than f. There are many factors affecting the interpretation of a dynamic marking. For instance, the middle of a musical phrase will normally be played louder than the beginning or end, to ensure the phrase is properly shaped, even where a passage is marked p throughout. Similarly, in multi-part music, some voices will naturally be played louder than others, for instance, to emphasize the melody and the bass line, even if a whole passage is marked at one dynamic level. Some instruments are naturally louder than others - for instance, a tuba playing piano will likely be louder than a guitar playing fortissimo, while a high-pitched instrument like the piccolo playing in its upper register can usually sound loud even when its actual decibel level is lower than that of other instruments.

The two basic dynamic indications in music are:

More subtle degrees of loudness or softness are indicated by:

Use of up to three consecutive fs or ps is also common:

Signs sometimes referred to as "hairpins"[7] are also used to stand for these words (See image). If the angle lines open up (

), then the indication is to get louder; if they close gradually (

), the indication is to get softer. The following notation indicates music starting moderately strong, then becoming gradually stronger and then gradually quieter:

Hairpins are usually written below the staff (or between the two staves in a grand staff), but are sometimes found above, especially in music for singers or in music with multiple melody lines being played by a single performer. They tend to be used for dynamic changes over a relatively short space of time (at most a few bars), while cresc., decresc. and dim. are generally used for changes over a longer period. Word directions can be extended with dashes to indicate over what time the event should occur, which may be as long as multiple pages. The word morendo ("dying") is also sometimes used for a gradual reduction in dynamics (and tempo).

For greater changes in dynamics, cresc. molto and dim. molto are often used, where the molto means "much". Similarly, for more gradual changes poco cresc. and poco dim. are used, where "poco" translates as a little, or alternatively with poco a poco meaning "little by little".

Sudden changes in dynamics may be notated by adding the word subito (meaning "suddenly") as a prefix or suffix to the new dynamic notation. Subito piano (abbreviated sub. p or sp) ("suddenly soft") indicates that the dynamics quickly, almost abruptly, lower the volume to approximately the p range. It is often purposefully used to subvert the listener's expectation and will signify an intimate expression. Although it uses the piano p dynamic symbol, the performer has slight freedom in their interpretation, causing it to vary based on the preceding loudness or character of the piece. Likewise, subito can be used to mark suddenly louder changes, like subito forte sf, or subito fortissimo sff, however in these cases it's usually only used to add a particular amount of accent to one note or chord. If subito is used to note a sudden change to an entire louder passage, something like sub. f or sub. ff should be used to leave out any ambiguity.

Accented notes is typically notated with the accent sign > above or below the note, giving it a general emphasis relative to the current dynamics. A harder and shorter emphasis is usually marked with the marcato mark ^ above the note instead. If a very particular emphasis is needed instead, it can be marked with a variation of subito, forzando/forzato or fortepiano.

forzando/forzato indicates a forceful accent and is abbreviated as fz. To emphasis the effect, it is most often preceded with subito as sfz (subito forzato/forzando, sforzando/sforzato). How these should be interpreted and played in the music is up to the judgement of the performer, but a general rule of thumb is that a forzato/forzando can be considered as a variation on marcato while subito forzando/forzato can be considered a variation on marcato with added tenuto.[8]

The fortepiano notation fp indicates a forte followed immediately by piano. By contrast, pf is an abbreviation for poco forte, literally "a little loud" but (according to Brahms) meaning with the character of forte, but the sound of piano, though rarely used because of possible confusion with pianoforte.[9] Two measures of Sergei Rachmaninoff's Prelude in C♯ minor showing dynamic markings sffff. The top two staves are both played by the right hand, the bottom two by the left.

While the typical range of dynamic markings is from ppp to fff, some pieces use additional markings of further emphasis. Extreme dynamic markings imply an extreme range of loudness, or, alternatively, imply an extremely subtle distinction between very small differences of loudness within a normal range. This kind of usage is most common in orchestral works from the late 19th century onwards. Generally, these markings are supported by the orchestration of the work, with heavy forte markings brought to life by having many loud instruments like brass and percussion playing at once.

On Music, one of the Moralia attributed to the philosopher Plutarch in the first century AD, suggests that ancient Greek musical performance included dynamic transitions - though dynamics receive far less attention in the text than does rhythm or harmony.

The Renaissance composer Giovanni Gabrieli was one of the first to indicate dynamics in music notation, but dynamics were used sparingly by composers until the late 18th century. J.S. Bach used some dynamic terms, including forte, piano, più piano, and pianissimo (although written out as full words), and in some cases it may be that ppp was considered to mean pianissimo in this period.

The fact that the harpsichord could play only "terraced" dynamics (either loud or soft, but not in between), and the fact that composers of the period did not mark gradations of dynamics in their scores, has led to the "somewhat misleading suggestion that baroque dynamics are 'terraced dynamics'," writes Robert Donington.[22] In fact, baroque musicians constantly varied dynamics: in 1752, Johann Joachim Quantz wrote that "Light and shade must be constantly introduced ... by the incessant interchange of loud and soft."[23] In addition to this, the harpsichord in fact becomes louder or softer depending on the thickness of the musical texture (four notes are louder than two). This allowed composers like J.S. Bach to build dynamics directly into their compositions, without the need for notation.

In the Romantic period, composers greatly expanded the vocabulary for describing dynamic changes in their scores. Where Haydn and Mozart specified six levels (pp to ff), Beethoven used also ppp and fff (the latter less frequently), and Brahms used a range of terms to describe the dynamics he wanted. In the slow movement of Brahms's trio for violin, horn and piano (Opus 40), he uses the expressions ppp, molto piano, and quasi niente to express different qualities of quiet. Many Romantic and later composers added più p and più f, making for a total of ten levels between ppp and fff. Note Velocity is a MIDI measurement of the speed that the key travels from its rest position to completely depressed, with 127, the largest value in a 7-bit number, being instantaneous, and meaning as strong as possible.

The velocity effect on volume depends on the particular instrument. For instance, a grand piano has a much greater volume range than a recorder.

The introduction of modern recording techniques has provided alternative ways to control the dynamics of music. Dynamic range compression is used to control the dynamic range of a recording, or a single instrument. This can affect loudness variations, both at the micro-[30] and macro scale.[31] In many contexts, the meaning of the term dynamics is therefore not immediately clear. To distinguish between the different aspects of dynamics, the term performed dynamics can be used to refer to the aspects of music dynamics that is controlled exclusively by the performer.[32] 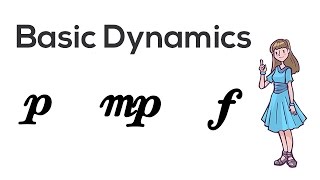 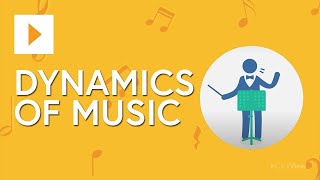 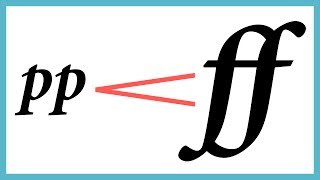 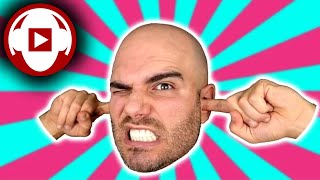 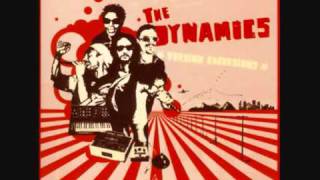 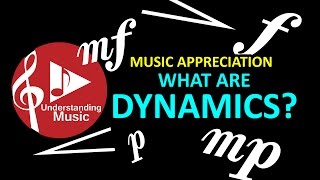 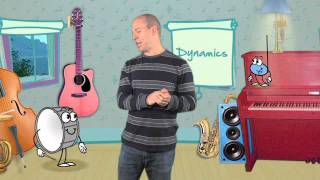 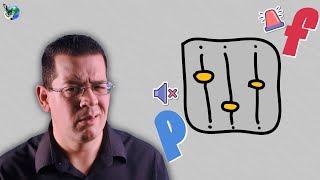 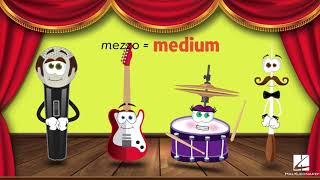 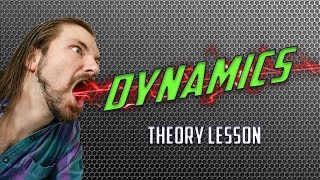 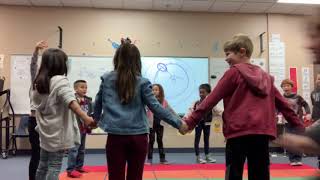 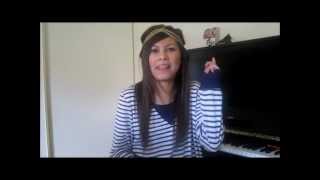 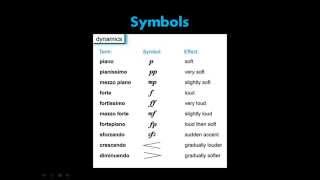 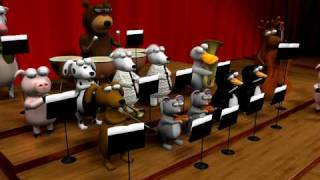 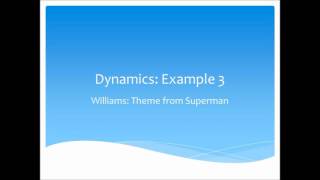 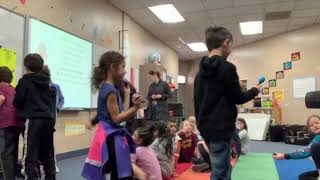 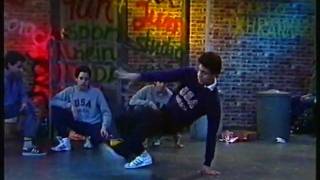 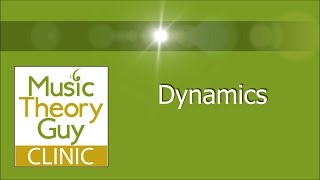 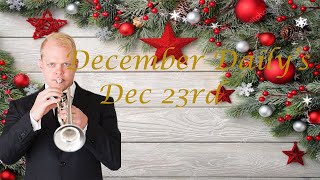