Dyersburg is a city and the county seat of Dyer County, Tennessee, United States. It is located in northwest Tennessee, 79 miles (127 km) northeast of Memphis on the Forked Deer River. The population was 17,145 at the 2010 census.[6]

The lands that make up Dyersburg once belonged to the Chickasaw people. The final treaty by which they relinquished all of West Tennessee was signed in 1818.[7]

The first European settlers began to arrive in the area around 1819.[7] In 1823,[8] the Tennessee General Assembly passed an act to establish two new counties immediately west of the Tennessee River, Dyer County being one of them. John McIver and Joel H. Dyer donated 60 acres (240,000 m2) for the new county seat, named Dyersburg, at a central location within the county known as "McIver's Bluff". In 1825,[8] Dyer surveyed the town site into 86 lots. The first courthouse was built on the square in 1827. The current Classical Revival-style courthouse, designed by Asa Biggs in 1911, centers a downtown historic district listed in the National Register of Historic Places.

Situated as the hub of steamboat navigation on the Forked Deer River, Dyersburg grew as a river town, especially once the Grey Eagle made the first successful steamboat trip in 1836. The county's first industrial boom dates to 1879, when the steamboat Alf Stevens shipped timber from A. M. Stevens Lumber Company of Dyersburg to St. Louis, Missouri markets. The Stevens company established a large sawmill in 1880 and opened a planing mill in 1885. The Bank of Dyersburg opened in 1880, while another timber industry, Nichols & Co. Wooden Bowl Factory, began operations in 1881.[8]

The arrival of the Newport News and Mississippi Valley Railroad in 1884 further expanded market possibilities; a branch line, the Dyersburg Northern, soon linked the county seat to Tiptonville. The new railroad links encouraged the creation of new industries and businesses. In 1884, for example, investors established the Dyersburg Oil Company, a cottonseed factory. This company remained locally important through the 20th century.[8]

During the Civil War, a number of skirmishes occurred in the Dyersburg area resulting in Union victories. On August 7, 1862, about 50 men of the 6th Illinois Cavalry Regiment attacked a group of Confederates about 5 miles east of Dyersburg.[9] In a report by Brigadier General Grenville M. Dodge, he wrote the Confederates who escaped left without their clothes, arms, or horses and said that "they killed some 25 to 30 [Confederates], took 53 horses, and a large number of guns & arms." Dodge also recommended burning the county as "They pay no attention to the oath, feed and guide the rebels." He reported they were assisted in routing the Confederates by "two Negros" and that "No white man had the pluck to do it."[9] On August 18, 1862, the 6th Illinois Cavalry Regiment attacked a small band of Confederates on the Obion River six miles from Dyersburg taking all their horses, arms, and ammunition.[10]

On January 30, 1863, the Skirmish at Dyersburg was fought. Confederate soldiers from Dawson's Guerrilla Band spent the day skirmishing near the Forked Deer River bridge in Downtown Dyersburg with men from the Third Michigan Cavalry. Near midnight, Union forces under the command of Colonel Oliver Wood of the 22nd Ohio Infantry Regiment located the rebel stronghold in a house near the bridge and "completely routed them [Confederates], killing 2, wounding 4, and capturing 17, when the rebels broke and fled in every direction."[11] Nathan Bedford Forrest and Robert V. Richardson occupied Dyersburg in August 1863, until they retreated upon the arrival of Colonel Edward Hatch in the area.[12]

Between 1909 and 1914, Dyersburg emerged as a regional railroad hub as it became the junction point for three different lines, led by the Illinois Central Railroad.[8]

The Edward Moody King House is on the National Register of Historic Places.

On December 2, 1917, a 24-year-old black farmhand named Lation (or Ligon) Scott[13] was brutally lynched by a white mob[14] before a crowd of thousands.[15] Over the course of several hours, Scott was publicly tortured. He was chained to a post in an empty lot adjacent to the town's court square.[16] Torturers burned out his eyes with red-hot irons.[15] When he cried out in pain, a red-hot poker was rammed down his esophagus.[15] He was then castrated, and more hot irons placed on his feet, back, and body until "a hideous stench of burning flesh filled the Sabbath air".[15] After being tortured, Scott was slowly burned at the stake.[14][15] Scott's torture and murder occurred over a three and a half hour period.[15] No one was prosecuted for the lynching.[13] Author Margaret Vandiver wrote in "Lethal Punishment: Lynchings and Legal Executions in the South", "The lynching of Lation Scott was the most ghastly of all those I researched."[13]

In 1942, Dyersburg Army Air Base was established by the War Department to facilitate and support military bomber training. Following the end of World War II, the base was decommissioned in 1946.[17] A museum is currently located at the site of the former air base.[18]

In June and July 2020, multiple peaceful demonstrations were held in downtown Dyersburg.[21][22][23][24] These protests focused on systemic racism and police brutality.[25] At one of the protests a speech was given about Lation Scott, a man who was brutally lynched in front of a crowd of thousands in the same court square over a hundred years prior. These events are notable as they are the first known protests to have occurred in the town.[26] The protesters were met by a large group of counter-protesters concerned about the removal of Dyersburg's Confederate Statue, crime rates in poor neighborhoods, and "watch[ing] my nation be destroyed by left-wing views".[23][25]

Dyersburg is located on the Forked Deer River and is 13 mi (21 km) from the Mississippi River.

The Dyersburg State Gazette is a semi-weekly broadsheet newspaper published in Dyersburg.[34] The newspaper has a circulation of 7,900.[35]

West Tennessee Healthcare Dyersburg Hospital is a Joint Commission accredited[36] hospital. The medical center has 225 beds.[37] Originally built as Parkview Hospital in 1956,[38] the hospital has changed stewardship multiple times since its inception.[39][40] 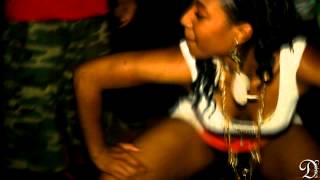 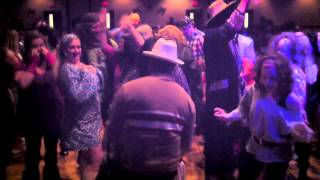 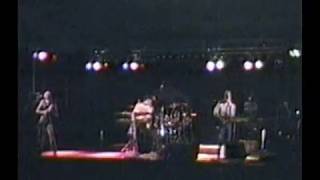 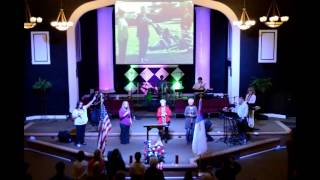 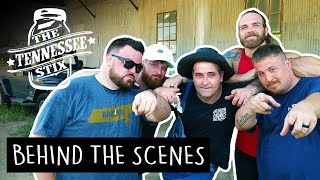 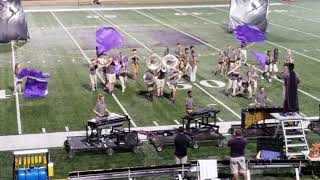 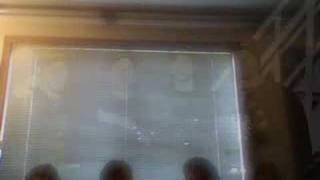 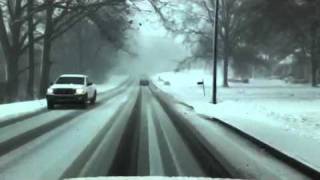 Rock Around The Clock/ Matchbox Live by The Genre Band at Howlin' For The Hounds Dyersburg, TN
Watch   Add to List   Share 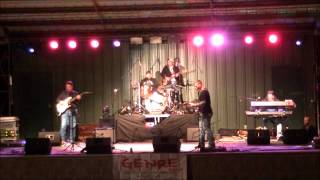 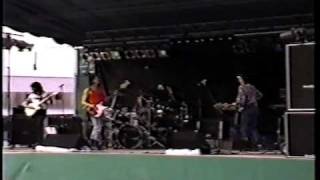 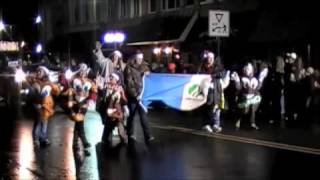 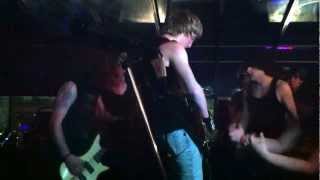 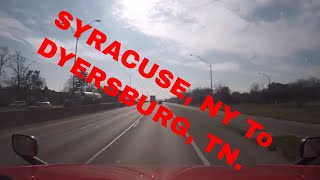 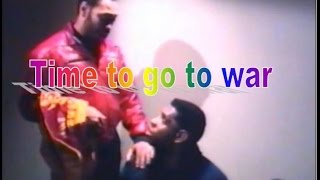 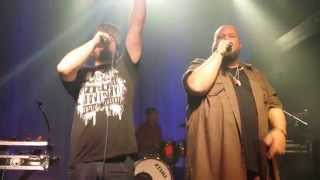 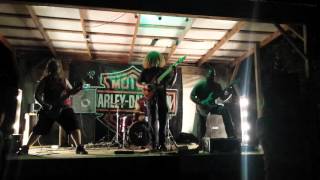 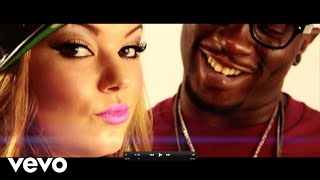 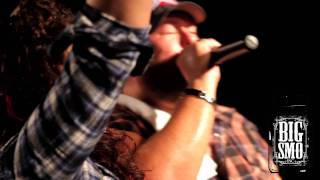