Doral is a city in Miami-Dade County, Florida, United States. One of 34 municipalities in the county, it is 1 mile (1.6 km) from Miami International Airport and 13 miles (21 km) from Downtown Miami. The city regularly hosts more than 100,000 people who work in Miami. Doral occupies 15 square miles (39 km2) bordered on the west by the Ronald Reagan Turnpike, on the north by the Town of Medley, on the east by the Palmetto Expressway and on the south by the City of Sweetwater. It is a principal city of the Miami metropolitan area, which was home to 6,012,331 people in a 2015 estimate.

Doral has operated under the mayor-council-manager form of government since incorporation. Policymaking and legislative authority are vested in a governing council consisting of the mayor and four other councilmembers. The council, which is elected at large, is responsible for passing ordinances and resolutions, adopting the annual budget, and appointing the city manager, city clerk and city attorney. The city manager is responsible for carrying out the council's policies and ordinances, overseeing the government's daily operations, and appointing the heads of various departments.

For a city of its size, Doral has many shops, financial institutions and businesses, especially importers and exporters, primarily because of its proximity to the airport. In 2008, Fortune Small Business and CNN Money ranked Doral 51st on a list of 100 cities with the best mix of business advantages and lifestyle appeal.[5]

In the late 1950s, real estate pioneers Alfred and Doris Kaskel purchased 2,400 acres (971 ha) of swampland between Northwest 36 Street and Northwest 74 Street and from Northwest 79 Avenue to Northwest 117 Avenue for about $49,000, intending to build a golf course and hotel. In 1962, the Doral Country Club opened in western Dade County, featuring the blue, red and par-3 golf courses, along with a hotel on Miami Beach. The "Doral" name combined Doris and Alfred. As Doral's very first structure, the Doral Hotel and Country Club became the area's hot spot: guests were transported from the beach to the country club for a day on the golf course.[6]

In the second year of operations, the Kaskels hosted the first Doral Open Invitational, Florida's major PGA event.[6] Alfred offered $50,000 in prize money to attract well-known golfers. According to the South Florida Golf Foundation, at the time only three other tournaments were held in Florida, offering a combined total of $65,000 prize money.[]

By the early 1980s, Doral started to experience its first residential growth spurt, when Alfred's and Doris' grandson Bill developed Doral Estates, followed by a joint venture with Lennar Corporation to build Doral Park. Both communities were named after the hotel, a trend that was to be repeated many more times. Although younger families started flooding the area, there were no stores, schools, or parks. Initially, most new homes were investment properties or second homes, but early full-time residents started coming together as a community.

From 1983 to 1985, Miami-Dade County imposed a building moratorium to protect the area's water wells. Once the ban was lifted, Doral experienced tremendous growth. In 1989, Morgan Levy helped organize the West Dade Federation of Homeowner Associations to stand strong against any proposals that threatened the community's welfare. Thus, they secured a police station instead of a jail, as well as convinced county officials to implement higher development standards as well as more lighting, roads and landscaping.

In 1995, residents began lobbying for incorporation in earnest, dissatisfied with the high tax rate relative to the services they received, as well as unchecked growth. The county met the first attempt at incorporation with a year's deferral. Some classified Doral as a "donor community," meaning that the taxes paid were more than the cost of operations.[6] With the deferral, incorporation efforts intensified even more. In 1996, the community elected its first community council: Jose "Pepe" Cancio, Sr., Mario Pita and Barbara B. Thomas were elected and three other members were appointed. The council initially met once every month.[6]

In 2002, Governor Jeb Bush appointed Cancio to fill the remainder of Miami-Dade Commissioner Miriam Alonso's term of office. Doral residents hoped that his appointment would bring the community closer to incorporation, and their hopes were realized. Although Cancio endorsed Juan Carlos Bermudez, the City of Doral's first elected Mayor, as his replacement on the Community Council, Bermudez declined the offer, ran for the seat and was elected. At the time, Bermudez was president of One Doral, a civic organization formed to counteract the perceived influence of the West Dade Federation on the new Council. However, both One Doral and the West Dade Federation proved essential to the incorporation process.

In January 2003, following a seven-year battle, 85% of Doral's voters voted in favor of incorporation. In June of the same year, 92% voted to accept the City Charter and elected their first Mayor and City Council.

The new City of Doral was named as an attractive location for entrepreneurs with an interest in the Latin America market.[7] Mayor Luigi Boria, elected in November 2012, became the second Venezuelan-American mayor in the United States. He was replaced by Juan Carlos Bermudez who won a reelection bid in 2016.[8]

The city of Doral has its own newspaper, Doral Community Newspapers, which is published bi-weekly and is part of Miami Community Newspapers. Also, The Miami Herald and El Nuevo Herald publish from their headquarters in Doral.[9][10] Two big media outlets have their headquarters in Doral: Univision Network/Fusion and CBS-owned & operated affiliate WFOR-TV, Channel 4. Several studios and other TV operations work out from Doral. In addition, the Telemundo chain has a presence in the City of Doral, with one of its main office and production units located there.[] In 2005, Doral had over 10,000 businesses. During that year, Carnival Cruise Lines, Ryder, and Univision had operations in Doral. For years leading into 2005, Doral attracted businesses of various sizes.[22]

Portions of CSI: Miami episodes were filmed at CBS' Doral studios, which is home to its owned-and-operated affiliate, WFOR-TV, as well as MyNetworkTV affiliate WBFS-TV.[]

In September 2017, Doral published a comprehensive economic study which noted that "The City is home to 6,802 establishments employing 102,235 workers. The total volume of sales revenue from these companies, concentrated in such a small geographic area, represents $679,634 per worker, or over $1.35 million per resident making Doral one of South Florida's and the State's most productive local economies."[43]

On January 20, 2015, former basketball star Shaquille O'Neal was sworn in as a reserve officer for Doral's police force.[46]

The Florida Department of Law Enforcement operates the Miami Regional Operations Center in an unincorporated area that was formerly a part of the Doral CDP and is outside Doral's city limits.[25][50][51]

The National Transportation Safety Board operates the Miami Aviation Field Office in Doral.[52]

The City of Doral Trolley was launched on February 1, 2008 and has been available to residents and visitors alike for a convenient free ride. The pilot program involved a weekday route that ran from 7:00 am to 7:00 pm with one trolley servicing one route. Since then, the City has added five new trolleys and has expanded service with two additional routes, one of which connects to the Metrorail. Currently the system has three routes serviced by seven trolleys.[53]

Doral is a part of the Miami-Dade County Public Schools system.

Residents are zoned to the following education facilities:[54]

The Miami-Dade Public Library System operates the Doral Branch, which reopened on July 5, 2003, after an expansion, in the Doral Isles Shopping Center.[56] In addition the system operates the 7,500-square-foot (700 m2) International Mall Branch in Doral. The library was the second to be built after the opening of the Main Library in 1985.[57] In June 2019, the Miami-Dade Public Library System's Doral Branch was moved to Downtown Doral, the city's new dynamic urban core.[58] 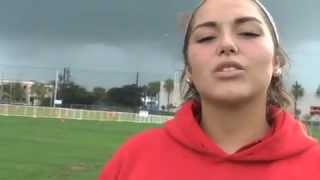 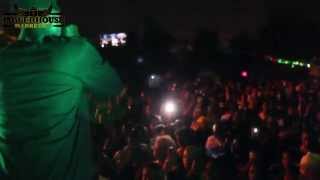 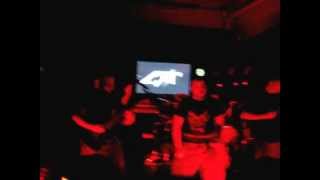 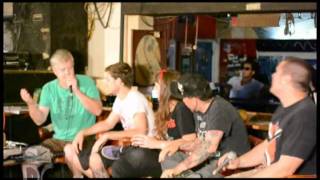 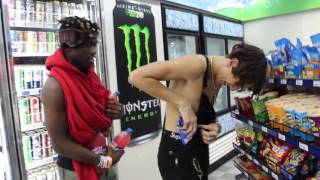 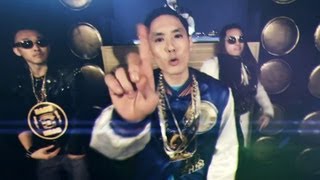 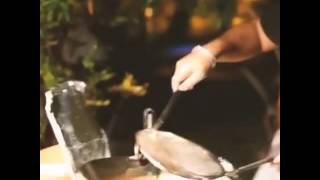 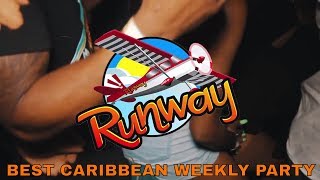 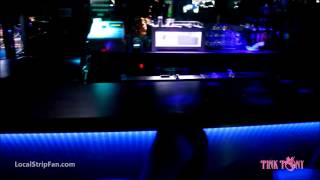 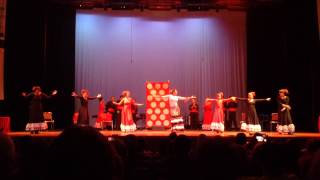 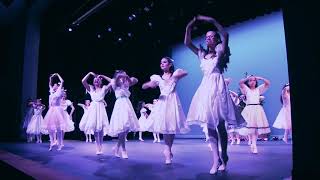 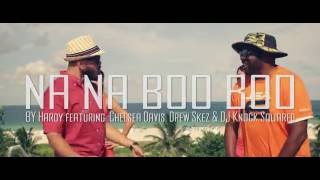 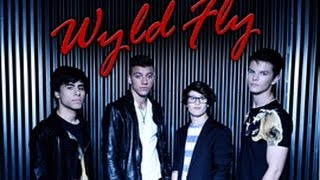 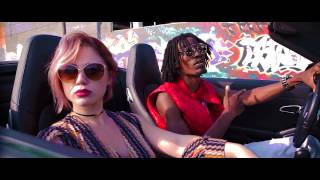 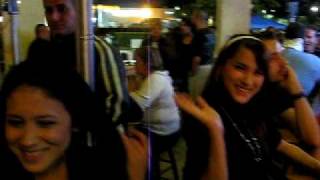 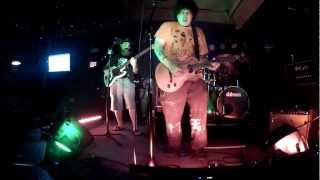 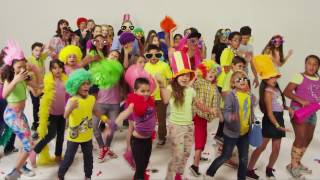