The village of Penacook, where Concord was initially settled, lies at the northern boundary of the city limits. The city is home to the University of New Hampshire School of Law, New Hampshire's only law school; St. Paul's School, a private preparatory school; NHTI, a two-year community college; the New Hampshire Police Academy; and the New Hampshire Fire Academy. Concord's Old North Cemetery is the final resting place of Franklin Pierce, 14th President of the United States.[9]

The area that would become Concord was originally settled thousands of years ago by Abenaki Native Americans called the Pennacook.[10]:65 The tribe fished for migrating salmon, sturgeon, and alewives with nets strung across the rapids of the Merrimack River. The stream was also the transportation route for their birch bark canoes, which could travel from Lake Winnipesaukee to the Atlantic Ocean. The broad sweep of the Merrimack River valley floodplain provided good soil for farming beans, gourds, pumpkins, melons and maize.

The area was first settled in 1659 as "Penacook".[11] On January 17, 1725, the Province of Massachusetts Bay, which then claimed territories west of the Merrimack River, granted the Concord area as the Plantation of Penacook.[10]:107 It was settled between 1725 and 1727 by Captain Ebenezer Eastman and others from Haverhill, Massachusetts. On February 9, 1734, the town was incorporated as "Rumford",[10]:147 from which Sir Benjamin Thompson, Count Rumford would take his title. It was renamed "Concord" in 1765 by Governor Benning Wentworth following a bitter boundary dispute between Rumford and the town of Bow; the city name was meant to reflect the new concord, or harmony, between the disputant towns.[12] Citizens displaced by the resulting border adjustment were given land elsewhere as compensation. In 1779, New Pennacook Plantation was granted to Timothy Walker Jr. and his associates at what would be incorporated in 1800 as Rumford, Maine, the site of Pennacook Falls.

Concord grew in prominence throughout the 18th century, and some of the earliest houses from this period survive at the northern end of Main Street.[13] In the years following the Revolution, Concord's central geographical location made it a logical choice for the state capital, particularly after Samuel Blodget in 1807 opened a canal and lock system to allow vessels passage around the Amoskeag Falls downriver, connecting Concord with Boston by way of the Middlesex Canal. In 1808, Concord was named the official seat of state government.[10]:324-326 The 1819 State House is the oldest capitol in the nation in which the state's legislative branches meet in their original chambers. The city would become noted for furniture-making and granite quarrying. In 1828, Lewis Downing joined J. Stephens Abbot to form Abbot and Downing.[10]:339-340 Their most famous product was their Concord coach, widely used in the development of the American West. In the 19th century, Concord became a hub for the railroad industry, with Penacook a textile manufacturing center using water power from the Contoocook River. Today, the city is a center for health care and several insurance companies. View along the Merrimack River from Terrill Park

Concord lies fully within the Merrimack River watershed,[15] and is centered on the river, which runs from northwest to southeast through the city. Downtown is located on a low terrace to the west of the river, with residential neighborhoods climbing hills to the west and extending southwards towards the town of Bow. To the east of the Merrimack, atop a 100-foot (30 m) bluff, is a flat, sandy plain known as Concord Heights, which has seen most of the city's commercial development since 1960. The eastern boundary of Concord (with the town of Pembroke) is formed by the Soucook River, a tributary of the Merrimack. The Turkey River winds through the southwestern quarter of the city, passing through the campus of St. Paul's School before entering the Merrimack River in Bow. In the northern part of the city, the Contoocook River enters the Merrimack at the village of Penacook. The city of Concord is made up of the five distinct villages of Penacook, Concord Heights, East Concord, West Concord, and the downtown neighborhoods referred to as the North End and the South End.[16]

Concord, as with much of New England, is within the humid continental climate zone (Köppen Dfb), with long, cold, snowy winters, very warm (and at times humid) summers, and relatively brief autumns and springs. In winter, successive storms deliver light to moderate snowfall amounts, contributing to the relatively reliable snow cover. In addition, lows reach at least 0 °F (-18 °C) on an average 15 nights per year, and the city straddles the border between USDA Hardiness Zone 5b and 6a.[17] However, thaws are frequent, with one to three days per month with 50 °F (10 °C)+ highs from December to February. Summer can bring stretches of humid conditions as well as thunderstorms, and there is an average of 12 days of 90 °F (32 °C)+ highs annually. The window for freezing temperatures on average begins on September 27 and expires on May 14.[18]

In 2020, the top employer in the city remained the State of New Hampshire, with over 6,000 employed workers, while the largest private employer was Concord Hospital,[28] with just under 3,000 employees. According to the City of Concord's Comprehensive Annual Financial Report,[29] the top 10 employers in the city for the Fiscal Year 2020 were:

Interstate 89 and Interstate 93 are the two main interstate highways serving Concord, and join just south of the city limits. Interstate 89 links Concord with Lebanon and the state of Vermont to the northwest, while Interstate 93 connects the city to Plymouth, Littleton, and the White Mountains to the north and Manchester and Boston to the south. Interstate 393 is a spur highway leading east from Concord and merging with U.S. Route 4 as a direct route to New Hampshire's Seacoast region. North-south U.S. Route 3 serves as Concord's Main Street, while U.S. Route 202 and New Hampshire Route 9 cross the city from east to west. State routes 13 and 132 also serve the city: Route 13 leads southwest out of Concord towards Goffstown and Milford, while Route 132 travels north parallel to Interstate 93. New Hampshire Route 106 passes through the easternmost part of Concord, crossing I-393 and NH 9 before crossing the Soucook River south into the town of Pembroke. To the north, NH 106 leads to Loudon, Belmont and Laconia.

Local bus service is provided by Concord Area Transit (CAT), with three routes through the city.[30] Regional bus service provided by Concord Coach Lines and Greyhound Lines is available from the Concord Transportation Center at 30 Stickney Avenue next to Exit 14 on Interstate 93, with service south to Boston and points in between, as well as north to Littleton and northeast to Berlin.

There is no current passenger rail service to Concord. In 2021 Amtrak announced their plan to implement new service from Boston to Concord by 2036.[31]

General aviation services are available through Concord Municipal Airport, located 2 miles (3 km) east of downtown. There is no commercial air service within the city limits; the nearest such airport is Manchester-Boston Regional Airport, located 23 miles (37 km) to the south.

Concord's downtown underwent a significant renovation between 2015 and 2016, during the city's "Complete Streets Improvement Project". At a proposed cost of $12 million, the project promised to deliver on categories of maintenance to aging infrastructure, improved accessibility, increased sustainability, a safer experience for walkers, bikers and motorists alike, and to stimulate economic growth in an increasingly idle downtown.[32][33] The main infrastructural change was reducing the four-lane street (two in each direction) to two lanes plus a turning lane in the center. The freed-up space would contribute to extra width for bikes to ride in either direction, increased curb size and an added median where there is no need for a turning lane.[34] Concord opted to add shared lane markings for bikes, rather than a dedicated protected bike lane.

Funding for Complete Streets came from a combination of $4,710,000 from a USDOT TIGER grant and the rest from the City of Concord.[34] The project was initially proposed as costing $7,850,000, but ran over budget due to overambitious ideas.[36] After scrapping some of the most expensive offenders, the budget ended up at $14.2 million, with the project actually coming in $1.1 million below that.[37] Although adding final aesthetic touches with the extra money were debated, the city council ended up deciding to save for financially straining years ahead.[37] The design was carried out by McFarland Johnson, IBI Group, and City of Concord Engineering.[32][34][38]

Concord is governed via the council-manager system. The city council consists of 14 members, ten of which are elected from single-member wards, while the other four are elected at large. The mayor is elected directly every two years. The current mayor is Jim Bouley.[40]

According to the Concord city charter, the mayor chairs the council (composed of 15 members, including the mayor).[41] However, the mayor has very few formal powers over the day-to-day management of the city.[41] The actual operations of the city are overseen by the city manager,[41] currently Thomas J. Aspell, Jr.[42] The current police chief is Bradley S. Osgood.[43]

Across from the state capitol, the former Eagle Hotel on Main Street, was a downtown landmark in Concord from its opening in 1827 until it closed in 1961. It was added in 1978 to the National Register of Historic Places. The New Hampshire State House, designed by architect Stuart Park and constructed between 1815 and 1818, is the oldest state house in which the legislature meets in its original chambers.[48] The building was remodeled in 1866, and the third story and west wing were added in 1910.

Across from the State House is the Eagle Hotel on Main Street, which has been a downtown landmark since its opening in 1827. U.S. Presidents Ulysses S. Grant, Rutherford Hayes, and Benjamin Harrison all dined there, and Franklin Pierce spent the night before departing for his inauguration. Other well-known guests included Jefferson Davis, Charles Lindbergh, Eleanor Roosevelt, Richard M. Nixon (who carried New Hampshire in all three of his presidential bids), and Thomas E. Dewey. The hotel closed in 1961.[49]

South from the Eagle Hotel on Main Street is Phenix Hall, which replaced "Old" Phenix Hall, which burned in 1893. Both the old and new buildings featured multi-purpose auditoriums used for political speeches, theater productions, and fairs. Abraham Lincoln spoke at the old hall in 1860; Theodore Roosevelt, at the new hall in 1912.[50]

On the north end of Main Street is the Pierce Manse, in which President Franklin Pierce lived in Concord before and following his presidency.[52] The mid-1830s Greek Revival house was moved from Montgomery Street to North Main Street in 1971 to prevent its demolition.

Beaver Meadow Golf Course, located in the northern part of Concord, is one of the oldest golf courses in New England.[53] Besides this golf course, other important sporting venues in Concord include Everett Arena and Memorial Field.

Other sites of interest include the Capitol Center for the Arts, the New Hampshire Historical Society, which has two facilities in Concord, and the McAuliffe-Shepard Discovery Center, a science museum named after Christa McAuliffe, the Concord teacher who died during the Space Shuttle Challenger disaster in 1986, and Alan Shepard, the Derry-born astronaut who was the second person and first American in space as well as the fifth and oldest person to walk on the Moon. 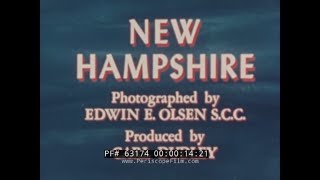 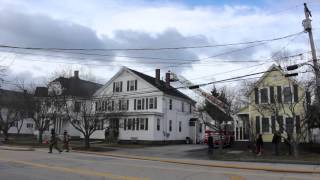 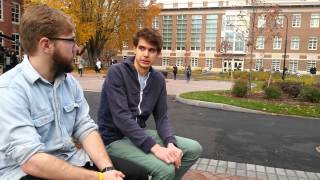 A visit to New Hampshire, with music from Fanfare for the Common Man
Watch   Add to List   Share 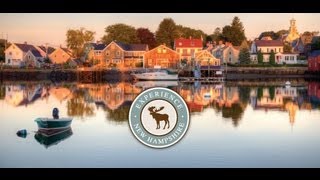 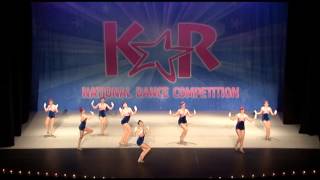 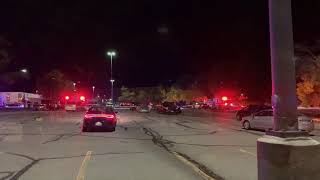 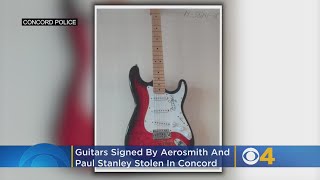 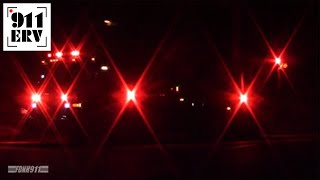 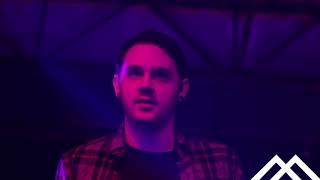 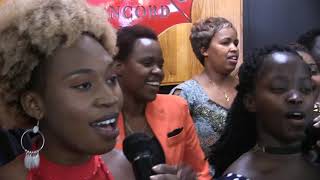 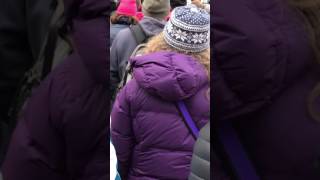 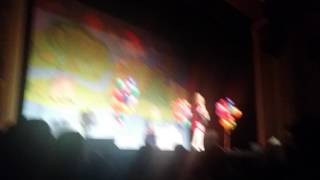 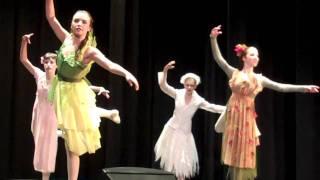