Before forming Collective Soul, singer Ed Roland studied music composition and guitar at the Berklee College of Music in Boston, Massachusetts.[2] Since the mid-1980s Roland was involved in Atlanta's underground music scene making demos and performing. He also worked at Real 2 Reel Studios in Stockbridge, which was owned by bassist Will Turpin's father, Bill Turpin. Roland's duties were producing, mixing and engineering for local Atlanta artists. He recorded his demos and released an independent solo album Ed-E Roland in 1991.

Roland recruited keyboard player and backing vocalist Christopher Dykes, drummer Tony Caporale, and bassist Skip Godwin to play live in clubs and showcase for A/R personnel from various record companies. At this time the group was simply known as "Ed-E". They played several local shows, played a part in a CBS "Movie Of The Week", and were guests on the local Atlanta television program "Music Peachtree Style" where local Atlanta-based artists were interviewed and profiled. That initial version of the "Ed-E" band dissolved in the mid to late 1980s due to incompatible musical tastes among other differences. Roland subsequently formed Marching Two-Step which included original Collective Soul drummer Shane Evans, Michele Rhea Caplinger, and Matt Serletic.

Marching Two-Step were a local gigging band for a few years, but never managed to grow beyond the club scene. Roland's early attempts to be signed to a recording contract by a label faced rejections. Caplinger would become a music industry publicist and was later appointed executive director of the Atlanta Chapter of the Recording Academy in 2000. Serletic would go on to become a Grammy winning producer for Collective Soul, Matchbox Twenty, Blessid Union of Souls and Edwin McCain, and landed executive positions with record companies.

After the demise of Roland's previous music collaborations, he enlisted musicians to record a demo in a basement. Roland initially intended to sell the songs to a publishing company and had no immediate plans of forming a band out of it. The demo was submitted to WRAS (FM), 88.5's Amy Staehling, host of the long running and popular GEORGIA MUSIC SHOW at Georgia State University's 100,000 watt student radio station in Atlanta, the largest student run radio station in the county, where she added the song "Shine" to the local rotation. It was an instant listener favorite. The demo was also passed along to WJRR in Orlando, Florida which began playing "Shine," soon to be its most requested song. Amidst the surprise popularity, Roland agreed to perform live shows, enlisting his brother Dean on rhythm guitar, drummer Shane Evans, bassist Will Turpin, and lead guitarist Ross Childress, in what would be the first official lineup of Collective Soul. Atlantic Records took note of the popularity of "Shine" and subsequently signed them to a contract.[1]

Upon Collective Soul's signing, Atlantic wished to capitalize on the band's success and quickly re-released the 1993 demo Hints Allegations and Things Left Unsaid as their first studio album. Although reluctant to have the unpolished demo represent their new lineup, Collective Soul gained international recognition and double-platinum status with their debut. The band quickly began work on what they would consider their true debut record and were invited to perform at Woodstock 1994.[1] They also toured extensively across North America.

The group's self-titled second album issued the following year, was certified RIAA triple platinum, and logged a 76-week run on the Billboard 200. Notable singles from Collective Soul included US Rock Chart No. 1 hits "December," "Where The River Flows," and "The World I Know," No. 2 hit "Gel," and the Top 10 hit "Smashing Young Man."

Following a split with their manager, Collective Soul found their tour dates canceled and were called into the courtroom to face a legal battle that lasted into 1996, presumably with said ex-manager Bill Richardson. While the legal battles continued, the band went to a cabin, in the middle of 40 acres (160,000 m2) of cow pasture in Stockbridge, and began recording. They recorded into a computer their impromptu efforts of songs Roland penned, and these became Disciplined Breakdown. The legal case was eventually settled, and both parties were instructed not to discuss the outcome.

Disciplined Breakdown, released in 1997, did not sell as well as their previous records despite debuting higher on the charts. The album eventually achieved platinum certification, and produced two more No. 1 singles on the US Billboard Mainstream Rock Tracks chart: "Precious Declaration" and "Listen", and Top 20 Hit "Blame". The album peaked at No. 16 on the US Billboard 200 chart.[1][3]

The band's fourth album was 1999's platinum certified Dosage. The first single "Heavy" set a new high mark for 15 weeks at No. 1 on the Mainstream Rock chart. Singles such as "Run", "No More, No Less" and "Tremble For My Beloved" gained notable positions on the rock charts. The album was produced by Anthony J. Resta, known for his work with Duran Duran and others. The band also performed at the Woodstock 1999 festival, where they performed "Heavy", a cover of Ozzy Osbourne's song "Crazy Train", and a cover of U2's song "I Will Follow".

2000-03: Blender, 7even Year Itch and departure from Atlantic Records

The group then released their fifth studio album, Blender in October 2000. It did not sell as well as previous albums, although the first single "Why, Pt. 2" reached No. 2 on the mainstream rock chart. They achieved additional hits with "Vent" and Pop Hit "Perfect Day" the latter being a duet between Roland and Elton John. The album became RIAA certified gold. Rolling Stone gave Blender a positive review. This was their second effort with Anthony J. Resta. The song "You Speak My Language" was a cover of a song written by Mark Sandman, who formed Morphine in 1989. The song was originally on Morphine's 1992 album, Good.

In 2001, Collective Soul released their greatest hits compilation, Seven Year Itch: Greatest Hits 1994-2001 (the title being stylized as 7even Year Itch), which featured the two new songs, the single "Next Homecoming" and "Energy". The record marked the end of the group's contract with Atlantic Records and the departure of lead guitarist Childress due to private personal differences (Childress had an affair with Roland's wife). The band promoted their longtime guitar technician, Joel Kosche from Jovian Storm, to be the new lead guitarist.

In 2004 Collective Soul created their independent label, El Music Group which allowed the band greater control over the production and distribution of their music. In November of that year, they released their sixth studio album, Youth, which debuted at No. 66 on the Billboard 200. "Counting the Days" became a Top 10 rock hit. The second single, "Better Now" received significant airplay on Adult Top 40 radio, reaching the Top 10, and was used in commercials for the cereal Special K. The resultant US and Canadian tours lasted over two years. The third single "How Do You Love" became a Top 20 hit on Adult Top 40 radio. During the recording of this album, Shane Evans was dismissed from the band due to drug use,[4] with session musician Ryan Hoyle named as his replacement. Ryan Hoyle recorded 8 of the 11 drum/percussion tracks on this album.

In May 2005, they released an eight-song acoustic EP compilation titled From the Ground Up, which had acoustic versions of past favorites, plus a new track, "Youth" that also appeared on the WB show "Charmed" playing their song "Better Now" at the end of the episode at Piper's Club P3.

Collective Soul's seventh studio album, Afterwords was released in August 2007. It was co-produced by Anthony J. Resta who also contributed synthesizers, percussion and lead guitar on the song "Bearing Witness". The band made a deal in the US with Target stores, making it the "exclusive physical retailer" of Afterwords for one year. The album was immediately available in digital form on iTunes. The record debuted at # 25 on the Billboard Comprehensive Albums chart (as albums available only from a single retailer were ineligible for the Billboard 200 at the time). Billboard would later amend this rule due to similar successes of other artists via similar agreements.

The band made an appearance on The Tonight Show with Jay Leno on August 31 to promote the album where they performed "Hollywood". They were also the musical guest on The Late Late Show with Craig Ferguson.

Collective Soul released their eighth studio album, another self-titled, but designated on August 25, 2009 with Roadrunner Records a subsidiary of their previous label Atlantic Records. The first was single "Staring Down" and the second single was "Welcome All Again". "Staring Down" charted at #18 Billboard's Adult Top 40. The album debuted at No. 24 on the Billboard 200. The third single, "You," also charted briefly on the Billboard Adult Top 40.

Collective Soul were inducted into the Georgia Music Hall of Fame in September 2009. In their induction speech, Roland thanked a long list of former members and collaborators who had involved over the past 3 decades, including Childress, Hoyle and Brannon. He also invited Shane Evans to the stage to celebrate with the band.

Collective Soul returned to El Music Group in 2010, and in December that year, the band released a re-recorded version of "Tremble for My Beloved" (originally from Dosage) as both a single and a video on iTunes. The video was also included on the DVD Music Videos and Performances from The Twilight Saga Soundtracks, Vol. 1.

In 2012, the band embarked on the Dosage Tour, with touring member Johnny Rabb replacing Cheney Brannon on drums.

Recently, the band's members have been involved in other projects. Joel Kosche and Will Turpin began their own solo careers, releasing the albums Fight Years (2010) and The Lighthouse (2011) respectively. Dean Roland is part of the rock band Magnets and Ghosts, alongside Ryan Potesta. The duo formed in 2010, and released their debut album, Mass, in November 2011. In 2011, Ed Roland began recording and touring with friends Christopher Alan Yates, Brian Biskey, Grant Reynolds and Mike Rizzi. The group, Ed Roland and the Sweet Tea Project, released their debut album, Devils 'n Darlins, on September 3, 2013.

2014-present: See What You Started by Continuing and upcoming tenth studio album

The band kicked off their 2014 tour on January 15 at Belly Up in Aspen, Colorado, where lead guitarist Jesse Triplett made his live debut as a member of Collective Soul. Triplett replaced Joel Kosche, who had been with the band since replacing original lead guitarist Ross Childress in 2001. On February 6, Collective Soul publicly confirmed Kosche's departure from the band: "After 13 great years, Joel Kosche has moved on in the world of music. Collective Soul welcomes Jesse Triplett as our new lead guitarist.[5]" On his own Facebook page, Kosche said that he had not "moved on in the world of music" but that he'd been fired.

The band's ninth studio album, See What You Started by Continuing, was released on October 2, 2015 by Vanguard Records.[6] The album's lead single, "This," made its premiere on July 15, 2015 at USA Today.[6] The band has made "This" available as a free download on their website.[7]

The band have begun recording songs for their tenth studio album, which is planned to be released as a double album in February 2019.[8] The band played two new songs, titled "Right as Rain" and "Rule Number One," from the upcoming album at the Hard Rock Casino in Northfield, Ohio on February 15th, 2018.

The band released a full live album "Collective Soul - Live" on December 8, 2017. The recordings were gathered from concerts the band performed during their 2016 and 2017 tours.[9]

According to Ed Roland, the group took its name from a phrase in The Fountainhead, citing that "we're not preaching Ayn Rand, objectivism, egoism, or anything...we just dug the name."[10] 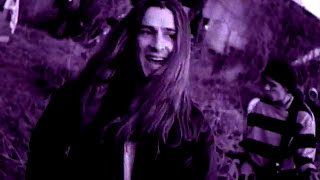 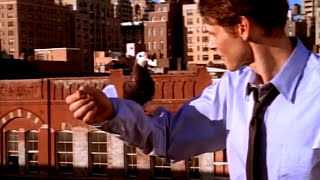 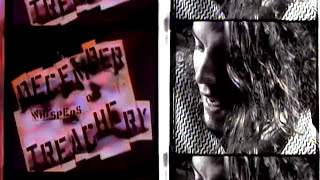 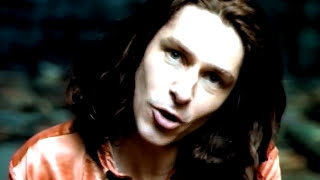 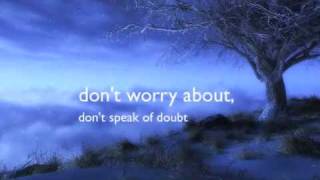 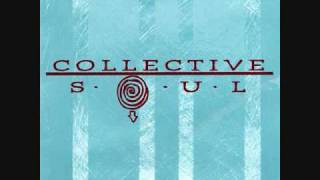 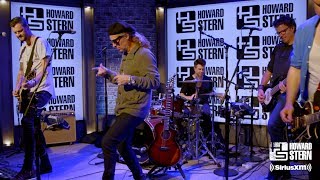 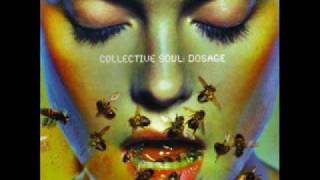 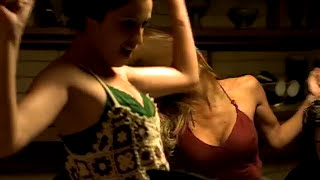 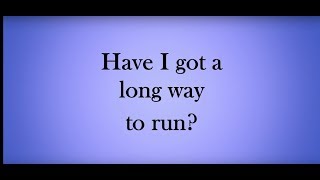 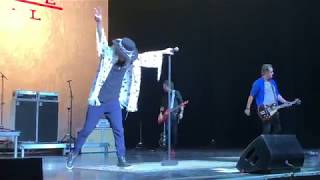 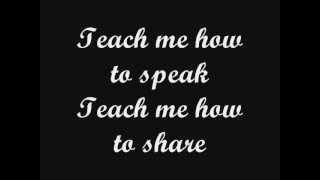 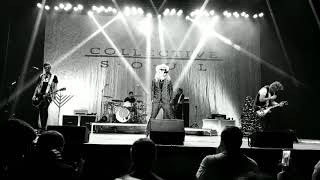 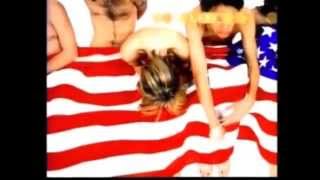