Classic country is a music radio format that specializes in playing mainstream country and western music hits from past decades.

The format resulted largely from changes in the sound of country music in the late 1980s and the early 1990s, as it began moving to FM radio stations in and around major cities and absorbing some of the electric sound of rock music; similar pressures also were a factor in the development of the Americana format at around the same time. These new FM country stations excluded older "classic" country artists from their playlists, despite the fact that artists, such as Merle Haggard, George Jones, Dolly Parton, Willie Nelson, Kenny Rogers and Emmylou Harris, were still actively performing and releasing new recordings, some of which were significant hits. When mainstream country radio began this practice in the mid-1990s, a large segment of older country fans felt alienated and turned away from mainstream country.[1] Whereas modern country began moving to FM around this time, classic country remained (and still remains) one of the few formats that has proven ideal for AM radio, particularly in rural areas; prior to this transition, country was primarily an AM radio phenomenon and was most widely popular in rural areas.

In 1998, Robert Unmacht, editor of the M Street Journal, said that thirty stations around the United States had switched to the format because many longtime country fans did not like what country radio was doing.[2]

The same practice has seemed to follow to television, where Country Music Television and Great American Country rarely play any music videos produced before 1996, leaving heritage and "classic" artists to networks such as RFD-TV, which features a heavy complement of older programming such as Pop! Goes the Country, Porter Wagoner's programs and The Wilburn Brothers Show, along with newer performances from heritage acts. CMT Pure Country, the all-music counterpart to CMT, relegated its classic country programming to a daily half-hour block known as "Pure Vintage" before abandoning classic country altogether by 2015. (Complicating matters somewhat is a relative lack of music videos for country music songs prior to the 1980s.)

As is the case with rock music (where classic rock, mainstream rock, and active rock all have varying amounts of older music), country music stations also can vary in the amount of "classic" content in their playlist, and formats exist for such stations. In addition to pure "classic country" stations, which play little to no current or recurrent country hits (i.e., recorded after about 2010), country music-formatted stations tend to fall under one of these formats:

The 1990 dividing line coincided with a change in Billboard magazine's rules for what was then the Hot Country Singles record chart. Prior to 1990, it had operated under a variant of the methods used to produce the Hot 100; singles sales were combined with radio airplay to rank songs on the chart. In 1990, through an affiliation with Nielsen Broadcast Data Systems, Billboard dropped record sales from the formula, basing a song's ranking solely on spins on country radio, weighted by a station's listenership.[8] (The formula reincorporated singles sales, both physical and digital, in 2012, but included airplay on non-country stations, thus giving pop-crossover singles a major advantage.) The 1990 change had quick effects: a number of musicians who had had consistent success on the chart through the late 1980s suddenly dropped out of the top-40 by 1991.

Although this 1990-era dividing line, to a certain extent, exists, it is not necessarily universal. "Classic" era country artists such as Kenny Rogers, Willie Nelson and Dolly Parton continued producing hits well into the 2000s that received mainstream country radio airplay (sometimes in collaborations). Other artists from the era that did not continue to receive wider radio airplay after their heyday maintained strong cult followings from fans of all ages; an example of this is Johnny Cash, who remains in high regard many years after his 2003 death. Artists that began their careers in the 1980s, near the dividing line of the classic/modern divide, enjoy followings among both audiences; examples include George Strait and Reba McEntire, both of whom (as of 2014) are still active and performing hit songs. Neotraditional country, a style of country that arose in the 1980s, continues to produce hit songs and artists that draw from the sounds of the classic country era.

In part due to changing demographic pressures, "classic country" radio programs have begun adding 1990s music into their playlists since the late 2000s and phasing out music from the early 1960s and earlier. As children who grew up between 2000 and 2009 are becoming adults, some classic country radio stations play country music from the 2000s, with 1970s music increasingly being de-emphasized. Examples of this are KLBL in Malvern, Arkansas, the now-defunct WAGL in Portville, New York (which brands itself as "country throwbacks" instead of classic country) KMJX in Conway, Arkansas. Some classic country stations have also been adding songs from the 2010s that appeal to this audience such as Jake Owen's "Barefoot Blue Jean Night" and Gary Allan's "Every Storm (Runs Out of Rain)". This is not universal, as a limited number of AM radio stations still emphasize the earlier, pre-1980s country cuts; WRVK in Mount Vernon, Kentucky being one prominent example. 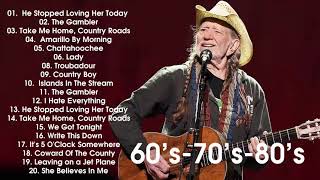