The grave marker for a British soldier in St. David's Cemetery

Cheraw ( ch?-RAW, sh?-RAW) is a town on the Pee Dee River in Chesterfield County, South Carolina, United States. The population was 5,851 at the 2010 census and has the lowest per capita income level of any municipality of 5,000 or more residents in the Pee Dee region.[5] It has been nicknamed "The Prettiest Town in Dixie".[6]

When the first Europeans arrived in the area it was inhabited by the Cheraw and Pee Dee American Indian tribes. The Cheraw lived near the waterfall hill, near present-day Cheraw, but by the 1730s they had been devastated by new infectious disease inadvertently carried by the European traders. Survivors joined the Catawba Confederacy for safety and left their name in history. Only a few scattered Cheraw families remained by the time of the American Revolution. A few European settlers entered their territory in the 1730s, and were then forced upriver when the Welsh came to claim the Welsh Baptist lands granted by the English government in the area around Society Hill. Many of the early settlers of the 1740s in Cheraw were ethnic English, Scots, French Huguenots, or Scots-Irish.

By 1750, Cheraw had become an established Anglo-American village with a growing river trade, one of the first inland villages. It was one of only six places in South Carolina that appeared on English maps at the time. In the 1760s, Joseph and Eli Kershaw were granted the part of Cheraw that is now the downtown historic district. The Kershaws laid out a formal street system. By 1830 settlers lined all the streets with rows of elms. The Kershaws originally called the town "Chatham", but people never accepted this name, continuing to call it "Cheraw" or "Cheraw Hill".

There was a lack of organization and rule during the beginning of the 1740s in the backcountry of South Carolina. This lack of organization and unrest was an underlying cause of the resentment people of these areas felt toward the British Crown. In the Pee Dee area, planters organized a group called the Regulators to help bring order to the area. In 1768 St. David's Parish, the last Anglican Church built in South Carolina under King George III, was established to help serve the civic and religious needs of the Cheraw area. Later a judicial district and courthouse were established to help deal with the problem of order. However, there was still much discontent with the ruling authority, and in May 1776 the grand jury of the Cheraws District Two declared its independence from Great Britain.

Many area men played prominent roles in the American Revolution. They included Claudius Pegues, General Henry W. Harrington, the Ellerbe brothers, Philip Pledger, and Eli Kershaw. There was much unrest in the area during this time because Cheraw fell into part of the British strategic line of defense, where garrisons were built to control revolutionaries and to encourage loyalists. Other towns in this line of defense included Camden, South Carolina, and Augusta, Georgia. Cheraw also became a strategic point for the Americans. Military activity was especially heavy in Cheraw and surrounding counties from 1780-1781. During the Revolutionary War, St. David's Church was used as a hospital for British troops that operated under Lord Cornwallis's command and as quarters for the South Carolina militia. In December 1780, just across from Cheraw, American commander General Nathanael Greene set up a "camp of repose" to rest and train his men.

In 1819, the first steamboat came up river, and along with it a burst of prosperity because of expanded trade. Cheraw was incorporated as a town in 1820. The main crops from the Cheraw area were corn, cotton, tobacco, rice and indigo. Cheraw had the largest cotton market between Georgetown, South Carolina, and Wilmington, North Carolina. Because of the cotton trade, the town boasted the largest bank in South Carolina outside of Charleston before the Civil War. Despite a serious fire in 1835, by 1850 the town was a prosperous center of trade.

From the beginning of the war, Cheraw was known as a place of refuge and a storehouse for valuables.[7] In March 1865, General William T. Sherman brought his Union troops to Cheraw for several days.[7] The town was strategically important due to its bridge across the Pee Dee River.[7] The Confederate forces there were able to delay Sherman's army by destroying the bridge during their withdrawal from Cheraw.[7] One Union soldier said that they found Cheraw to be "a pleasant town and an old one with the Southern aristocratic bearing." Sherman used this as a time to gain more control over his men. No private dwellings or public buildings in Cheraw were destroyed by Sherman and his troops. However, an accidental explosion of captured gunpowder at the river hill burned the Cheraw business district. The county courthouse in Chesterfield was burned in this event, resulting in the loss of many records. Thus, it is difficult to date many of the historic properties.

During the Civil War, St. David's Church was used as a hospital by both the Confederate and Union armies. Some troops from both armies were buried there. The first Confederate monument was erected there in 1867, a claim disputed by Romney, West Virginia. Originally, the monument did not mention the Confederate soldiers because the area was still occupied by Federal troops.

The Civil War caused great economic hardship in Cheraw due to the destruction of its bridge across the Pee Dee river and the conflagration in its business district.[7] However, by the early 1900s, prosperity began to return to Cheraw. The Great Depression again brought change. Cheraw State Park and Sandhills State Forest were both founded in the 1930s.[8] Cheraw was the first municipality to use the Civilian Conservation Corps in South Carolina to build a state park.[8] The plan, which was privately funded by the town's citizens, was to make Cheraw the "Gateway City" of South Carolina with the creation of Cheraw State Park.[8] The park is the largest of the CCC-originated state parks in South Carolina.[8]

By the 1950s and 1960s the groundwork was laid for industrial growth. By the end of the 20th century, Cheraw had a balanced industrial base while maintaining its historic charm, architectural treasures and natural resources. The harbor tug USS Cheraw was named in the town's honor.

In November, 1941, Cheraw saw pretend combat in its streets during the Battle of Pee Dee River, Phase 1 of the Carolina Maneuvers. General George Patton's 2nd Armored Division was the (Red) attacking force versus Major General Charles F. Thompson's I Corps defending (Blue). Tanks from Patton's division penetrated the defenses and entered the city center to be met by defending anti-tank guns. It was determined that Red's tanks were successful and Blue forces were forced to withdraw from the town.[9]

In addition to St. David's Episcopal Church and Cemetery, the Cheraw Historic District and Robert Smalls School are listed on the National Register of Historic Places.[10][11]

U.S. Route 1 passes through the center of the town, leading northeast 21 miles (34 km) to Rockingham, North Carolina, and southwest 55 miles (89 km) to Camden. U.S. Route 52 joins US 1 in the center of Cheraw but leads northwest 22 miles (35 km) to Wadesboro, North Carolina, and south 41 miles (66 km) to Florence. South Carolina Highway 9 also passes through the center of Cheraw, leading southeast 15 miles (24 km) to Bennettsville and west 12 miles (19 km) to Chesterfield, the county seat.

Cheraw was the center of an urban cluster with a total population of 9,069 according to the 2000 census. In 2015, Cheraw and the surrounding areas of Chesterfield County had a population of 14,944 with a median income of $41,170 according to the U.S. Bureau of Census, American Community Survey's 5-year estimate and the Bureau of Statistics in Columbia, SC. 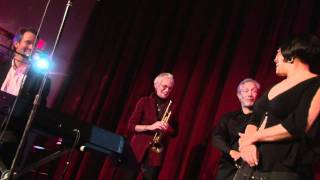 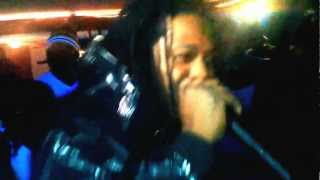 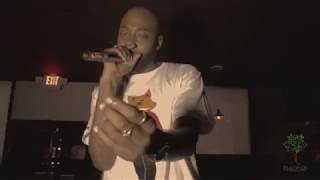 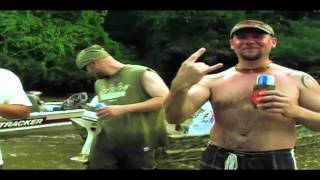 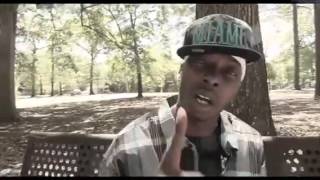 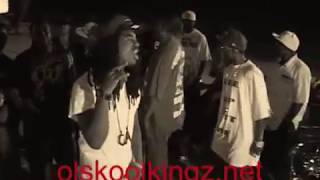 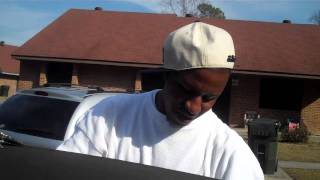 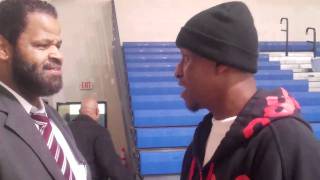 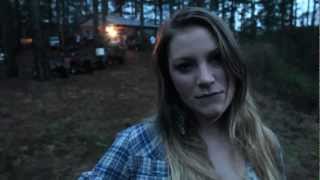 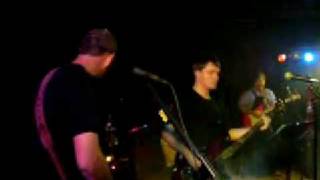 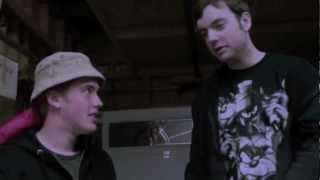 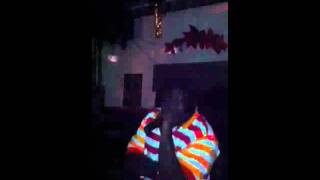 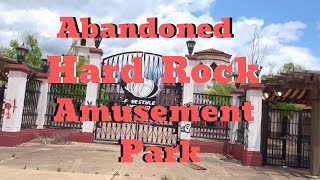 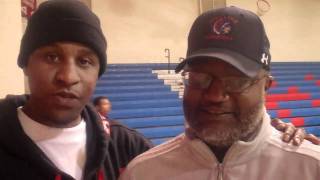 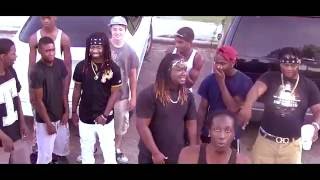 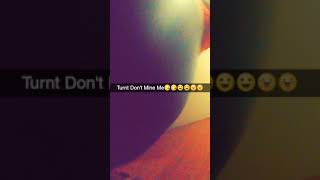 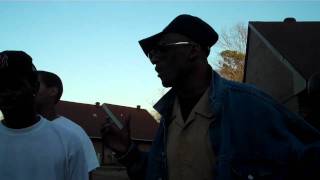 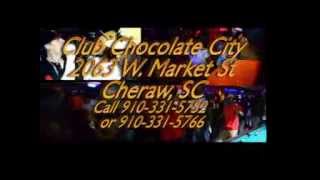