Caguas (Spanish pronunciation: ['ka?was]), founded in 1775, is a city and municipality of Puerto Rico located in the Central Mountain Range of Puerto Rico, south of San Juan and Trujillo Alto, west of Gurabo and San Lorenzo, and east of Aguas Buenas, Cidra, and Cayey.

Caguas is located 20 miles (32 km) from San Juan. It is known as El Valle del Turabo (Turabo Valley), La Ciudad Criolla (The Creole City) and La Cuna de los Trovadores (The Cradle of the Trovadores).[2] Its name originates from the Taíno cacique Caguax. Caguas is a principal city of both the San Juan-Caguas-Guaynabo Metropolitan Statistical Area and the San Juan-Caguas-Fajardo Combined Statistical Area.[3]

Caguas was founded on January 1, 1775, as San Sebastián del Piñal de Caguax, with the name later shortened and modernized to its current form. Caguax was a local Taíno chief and early convert to Christianity. Caguas' construction was finished in 1779, in 1820 it was declared a valley and in 1894 it became a city.[4]

Puerto Rico was ceded by Spain in the aftermath of the Spanish-American War under the terms of the Treaty of Paris of 1898 and became a territory of the United States. In 1899, the United States conducted its first census of Puerto Rico finding that the population of Caguas was 19,857.[5]

Hurricane Maria on September 20, 2017 triggered numerous landslides in Caguas with its wind and rain. Rivers were breached causing flooding of low-lying areas, and infrastructure and homes were destroyed. The hurricane caused $90 million in damages in Caguas.[7][8][9]

Caguas is located in the largest valley in Puerto Rico, the "Valle de Caguas" (or "Valle del Turabo-Turabo Valley")[10] which it shares with Gurabo and part of Aguas Buenas. It is located approximately 30 minutes from the coastline both on the east (Humacao) and the north (San Juan), and is divided from the Gurabo portion of the valley by the river of the same name. It is east of Aguas Buenas and Cidra, north of Cayey, south of San Juan, and west of Gurabo and Trujillo Alto. It also shares borders with Guayama and Patillas via a five-point border, with Cayey and San Lorenzo. At this point there are two tall antennas which provide signal to Puerto Rico's principal TV stations such as WKAQ-TV and WAPA-TV. No road passes exactly at this point, and it can be approached nearby through Puerto Rico Highway 184. Being a valley, Caguas has the distinction of being relatively flat except near the borders with all the mentioned municipalities except Gurabo.[11]

The climate is classified as a Tropical monsoon climate, meaning the daily mean temperature from month to month is never less than 64.4 °F (18 °C), and there is a distinct wet and dry season. Rainfall is common in relative abundance throughout most of the year, although there is less rain than in the eastern coastal valleys. The land, however, is fertile and deep.

Like all municipalities of Puerto Rico, Caguas is subdivided into barrios:[13][14][15]

Barrios (which are like minor civil divisions)[16] and subbarrios,[17][18][19] in turn, are further subdivided into smaller local populated place areas/units called sectores (sectors in English). The types of sectores may vary, from normally sector to urbanización to reparto to barriada to residencial, among others.[20][21][22]

Comunidades Especiales de Puerto Rico (Special Communities of Puerto Rico) are marginalized communities whose citizens are experiencing a certain amount of social exclusion. A map shows these communities occur in nearly every municipality of the commonwealth. Of the 742 places that were on the list in 2014, the following barrios, communities, sectors, or neighborhoods were in Caguas: Bairoa La 25, Morales neighborhood, Parcelas Viejas in Borinquén, Sector La Barra, and Comunidad La Quebrada in Río Cañas, Hoyo Frío in Las Carolinas, Lajitas, Las Carolinas, Los Muchos, Los Panes in Beatriz, and Savarona.[23][24]

Landmarks and places of interest

There are seven places in Caguas listed on the US National Register of Historic Places:[25]

Other landscapes in Caguas include:

Other festivals and events include:

The Criollos de Caguas baseball team is considered one of the greatest of all-time in all of Latin America, having won 18 national Puerto Rico titles and 5 Caribbean World Series titles The team is a member of the Liga de Béisbol Profesional de Puerto Rico (LBPPR). Three of the first five Puerto Ricans that played Major League Baseball in the U.S. mainland, at one point in their careers played for the Criollos de Caguas (Luis Rodríguez Olmo, Victor Pellot Power, Roberto Clemente).

The Criollos de Caguas basketball team, founded in 1968 by Dr. Héctor "Tato" Dávila and Lcdo. Libertario Pérez Rodríguez, was a basketball team that did not enjoy as much success as their baseball counterparts. However, in the early 2000s, they showed a lot of progress by reaching the national playoffs various times. The team was a member of the BSN. In 2006, the team won its first BSN national basketball championship, defeating Flor Melendez and his Santurce Crabbers in five games.

Caguas is home to the Bairoa Gym, one of the most important boxing gyms in all Puerto Rico and a place where many visiting champions have trained at; such as boxing Welterweight Champion Miguel Cotto, his brother Jose Miguel, Alberto Mercado, Juan Carazo, Alfredo Escalera and others.

The Criollas de Caguas women's volleyball team has won 9 national Puerto Rico titles and has made it to the finals more than 15 times. The team is a member of the Liga de Voleibol Superior Femenino (LVSF).

The Criollos de Caguas FC soccer team is considered one of the most successful clubs in the island winning multiple tournaments and cups in Puerto Rican soccer including the National League Title in 2015.

In September 2005, city mayor William Miranda Marin levied the first municipal tax in Puerto Rico via city ordinance. Area merchants now charge a one cent tax for every dollar spent at all retail businesses. The tax has become known around the island as the "Willie Tax." It resulted in an estimated $500,000 monthly income for the city. However, the municipal tax was increased to 1.5% after the establishment of the 5.5% state tax for a total of 7% and the tax was declared illegal by the Puerto Rico's Supreme Court.[]

During the early part of the 20th century, Caguas hosted one of Puerto Rico's most important sugar manufacturers, which gave employment to thousands of Cagüeños.

Numerous businesses and important buildings have opened in Caguas since the 1970s, including the imposing 23 story apartment building Caguas Tower, its adjacent competitors Bonneville Apartments, and the 10 floor Menonita Hospital.[26] There are also several shopping centers:

Puerto Rico was ceded by Spain in the aftermath of the Spanish-American War under the terms of the Treaty of Paris of 1898 and became a territory of the United States. In 1899, the United States conducted its first census of Puerto Rico finding that the population of Caguas was 19,857.

All municipalities in Puerto Rico are administered by a mayor, elected every four years. The mayor of the city of Caguas were

The city belongs to the Senatorial district VII (Humacao), which is represented by two Senators. In 2016, Miguel Laureano (PNP) and José Luis Dalmau (PPD) were elected as District Senators.

The municipio has an official flag and coat of arms.[32]

Flag and coat of arms

The colors blue and gold were chosen for the shield, distinctive of the city of Caguas. The figures symbolize both the indigenous and Christian origins of this city.

The coat of arms consists of a shield with a blue field. Upon the field are two sets of three golden arrows, forming a cross of St. Andrew. Above the cross is a crown which represents Caguax, cacique of the Turabo Valley at the time of the arrival of the Spanish conquerors.

Arrows were used as a remembrance of the first Christian place of worship established in the region which was dedicated under the patronage of St. Sebastian. There are pineapples interspersed to reflect the native agriculture. A castellated wall surmounts the shield to show the city's having been granted status as a municipality by the Spanish Crown.

On the flag, the shield sits atop another blue field on which the cross of arrows is repeated.[33]

Public transportation in Caguas, as in most of Puerto Rico, is limited to small "guaguas públicas" (Mini Bus). There is inexpensive but slow service to and from San Juan and Rio Piedras. Within Caguas, several buses and taxis serve the town.

A "light interurban rail" system connecting Caguas to San Juan was in the planning stages and discarded due to lack of funding.

Caguas is served by one freeway, one tolled expressway and one main divided highway. Puerto Rico Highway 30 connects Caguas to the east. There is no freeway/expressway to the west, due mainly to the fact that there is no sufficient population west of Caguas to develop a new freeway or expressway; good access to the municipalities of Cidra(southwest) and Aguas Buenas(northwest) are possible via PR-172 and PR-156, respectively. Puerto Rico Highway 52 connects Caguas to the north (San Juan) and south (Cayey, Ponce). Puerto Rico Highway 1 is an alternate route to San Juan and Guaynabo with two lanes per direction; in south Caguas it becomes rural near Borinquen, therefore the only good access to Cayey is the expressway (PR-52) and a $1.00 toll has to be paid (only in the south direction). The only municipality bordering Caguas with a poor-access road is San Lorenzo, via PR-183; but good access to San Lorenzo is possible by entering Gurabo via PR-30, and then taking PR-203 south.

Luis Muñoz Marín International Airport is about 35 minutes away by car. 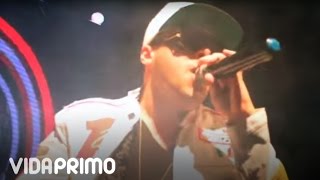 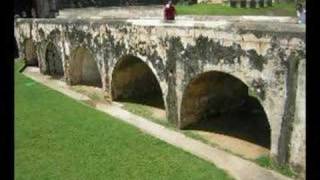 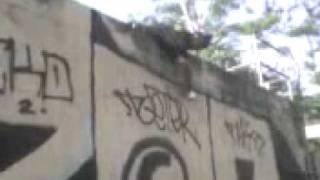 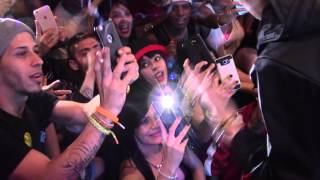 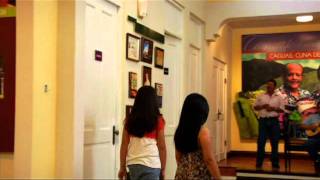 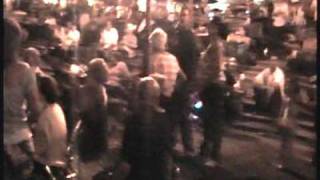 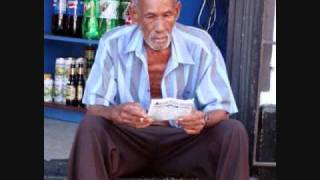 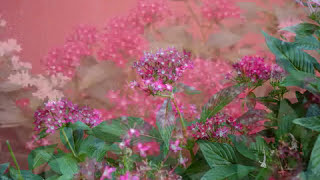 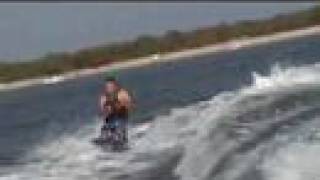 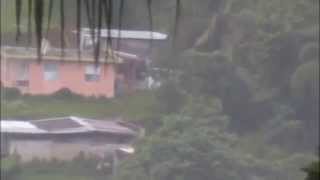 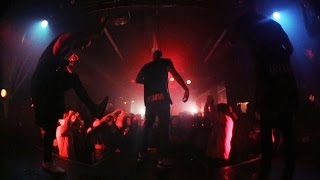 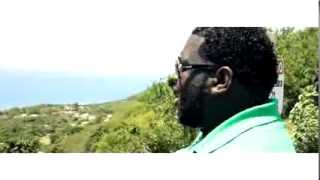 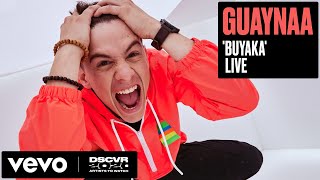 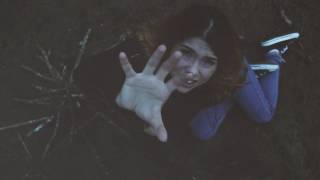 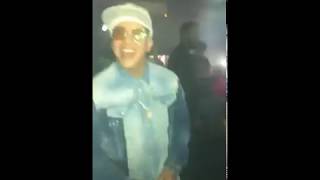 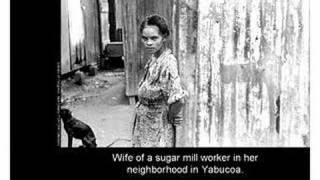 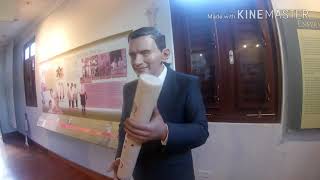