Bellefontaine ( bel-FOWN-t?n)[6] is a city in and the county seat of Logan County, Ohio, United States,[7] located 48 miles northwest of Columbus. The population was 13,370 at the 2010 Census. It is the principal city of the Bellefontaine, OH Micropolitan Statistical Area, which includes all of Logan County. The highest point in Ohio, Campbell Hill, is within the city limits.

The name Bellefontaine means "beautiful spring" in French, and is purported to refer to several springs in the area.[8] However, locally, the original French pronunciation is not used, and it is pronounced "bell fountain."

Around 1777, the Shawnee war chief Blue Jacket (Weyapiersenwah) built a settlement here, known as "Blue Jacket's Town". Blue Jacket and his band had previously occupied a village along the Scioto River, but the American Revolutionary War had reached the Ohio Country. Blue Jacket and other American Indians who took up arms against the American revolutionaries relocated in order to be closer to their British allies at Detroit.

After the United States gained independence, its forces continued warfare against former Indian allies of the British. Blue Jacket's Town was destroyed in Logan's Raid, conducted by Kentucky militia in 1786 at the outset of the Northwest Indian War. The expedition was led by Benjamin Logan, namesake of Logan County. Blue Jacket and his followers relocated further northwest to the Maumee River.[9]

Beginning in the 1800s, American Revolutionary War veterans and others from Virginia and elsewhere began settling in the area of Blue Jacket's Town. Bellefontaine is on or near the edge of the Virginia Military District, where the cash-poor government granted tracts of land to veterans in payment for their services during the war. The Treaty of Greenville defined lands to be held by European Americans as separate from those to be held by natives but it was poorly administered in the area and whites frequently encroached on native lands.[9]

Bellefontaine was platted by European Americans in 1820 and incorporated by the legislature in 1835.[10][11][12] In 1837, the Mad River & Lake Erie Railroad built the first railroad to Bellefontaine. This began its reputation as a railroading town. In the 1890s the Cleveland, Cincinnati, Chicago and St. Louis Railroad (also called the Big Four Railroad) built a main terminal in the city. This terminal boasted the largest roundhouse between New York and St. Louis.[13]

Though railroading hit hard times and the industry went through radical restructuring in the late 20th century, and the Big Four terminal ceased operations in 1983, Bellefontaine remains a landmark on America's railways. The city is now just a thoroughfare for CSX.

In 1891, Bellefontaine became the location of the first concrete street in America. George Bartholomew invented a process for paving using Portland cement, which until then had been used in stone construction. A small section of Main Street, on the west side of the Logan County Courthouse, was the first to be paved using that process. When that proved successful, Court Avenue, which runs along the south side of the courthouse, was paved with concrete. While Main Street is now paved with asphalt, Court Avenue has retained its original concrete pavement for more than 100 years. At its centennial, the street was closed to traffic and a statue of Bartholomew placed at its Main Street end; it became a pedestrian way. Since then one lane has been reopened for eastbound traffic.

View westward from the U.S. Route 68 bridge over U.S. Route 33 on the north side of the city, near Campbell Hill.

To European settlers, Campbell Hill was first known as Hogue's Hill, perhaps a misspelling of Solomon Hoge's surname, the person who first deeded the land in 1830. In 1898, the land was sold to Charles D. Campbell, in whose name Campbell Hill is now known. Campbell sold the hill and surrounding land to August Wagner, who was the original brewer of Augustiner and Gambrinus beers. (These brands are now the trademarks of the Gambrinus Company of San Antonio, Texas, though the company has stopped production of these beers.)

In 1950, the family of August Wagner deeded Campbell Hill and the surrounding 57.5 acres to the U.S. government. The government stationed the 664th Aircraft Control and Warning Squadron on the hill in 1951. This military unit was responsible for monitoring for possible aerospace attacks from the Soviet Union during the Cold War. The 664th AC&WS and similar military units were eventually superseded by the North American Aerospace Defense Command (or NORAD). The base in Bellefontaine was closed in 1969.

For years industry and business left the city until 2012 when local real estate developer Jason Duff of Small Nation purchased and renovated the former J.C. Penney building. Since then, he invested over $17 million in renovating over 30 downtown buildings and attracting new businesses to the area.[14][15] The investment into the properties created around 200 jobs in the city.[15] In 2018, Bellefontaine was classified as an Opportunity Zone to further attract investors to the area.[16] The economic development of Bellefontaine has been so successful, neighboring cities are using it as a model for their revitalization.[17]

The city of Bellefontaine is at the convergence of the humid subtropical (Köppen Cfa) and humid continental (Köppen Dfa) climate zones according to the Köppen climate map. The region is characterized by four distinct seasons. Winters are cool to cold with mild periods, and summers are generally hot and muggy, with significant precipitation year-round. The city is too far south to experience lake effect snow from the Great Lakes region, however it does experience more snow than surrounding areas due to the city's elevation. Traditionally, Bellefontaine's elevation excludes it from tornadoes and floods that affect the majority of the Miami Valley.

By comparison, the least populous metropolitan area in the United States, Carson City, Nevada, has 52,457 residents. The least populous metropolitan area in Ohio is Sandusky, with 79,555 residents. The Bellefontaine micropolis is not as populous as these, but does have a greater population than some micropolitan statistical areas traditionally considered to be small regional cities. (Examples: El Dorado, Arkansas; Clovis, New Mexico; and Red Wing, Minnesota.)

Though official definitions of micropolitan statistical areas did not exist until 2003, the area now constituting the Bellefontaine micropolis grew in population by 8.7 percent between 1990 and 2000. Sign declaring McKinley Street to be the "World's Shortest Street".

Today the museum includes the Orr mansion, former home of the local Orr family; as well as an extension to the mansion that includes history exhibits from around the county. The Mansion portion of the building has been completely restored by the historical society. Day-to-day operations in the museum and The Logan County Historical Society are supported by a Logan County tax levy and donations received from visitors to the museum. Donations also can be contributed to the society to be used in historical displays. Recent donations in the 21st century include the 1950s era "house call" bag from local doctor George E. Nixon.[24]

Bellefontaine has an elected mayor and city council style of government.

The Bellefontaine City Schools operate one elementary school, one intermediate school, one middle school, and one high school in the area.[28] These schools have a combined enrollment of 2,840. In addition, the Ohio Hi-Point Career Center, located atop Campbell Hill, offers both secondary and post-secondary education. Enrolled at Ohio Hi-Point are 505 students. The neighboring Benjamin Logan Local School District campus also has a Bellefontaine address.

Several colleges and universities operate satellite campuses in the Bellefontaine area. These include:

Bellefontaine has a public library, a branch of Logan County Libraries.[29]

The city is served by both print publishing and radio broadcasting.

The Bellefontaine Examiner is the daily local newspaper. It is the latest in a series of newspapers which have been published in Bellefontaine since 1831. It has a current daily circulation of approximately 9500 copies.[30]

The Bellefontaine Regional Airport is located about 5 miles from the downtown business district. The airport replaced the Bellefontaine Municipal Airport in 2002 and is one of 2 new airports opened to the public in Ohio in the past 30 years.[33] 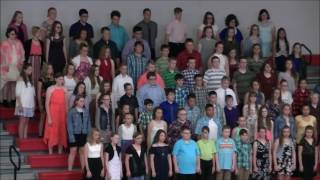 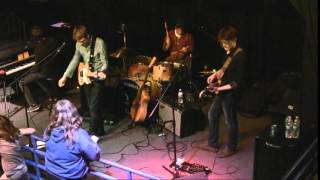 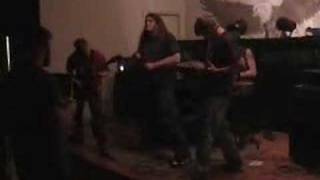 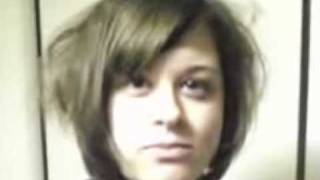 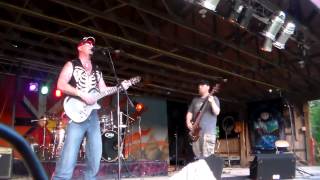 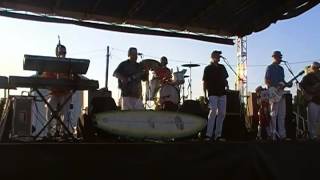 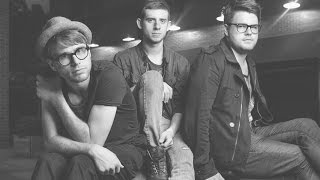 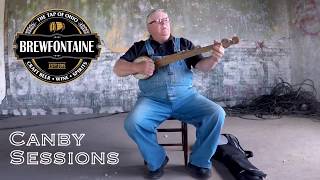 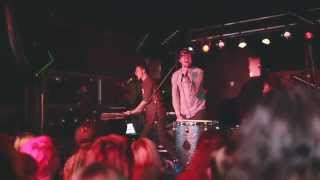 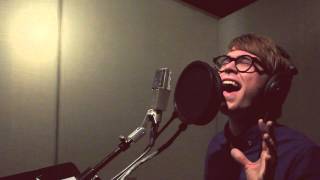 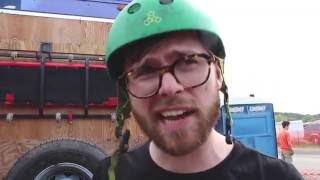 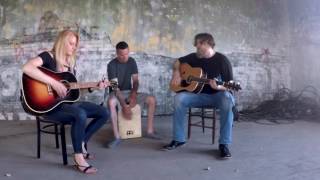 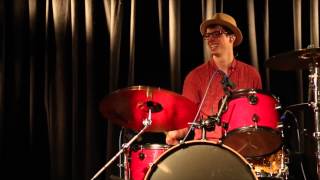 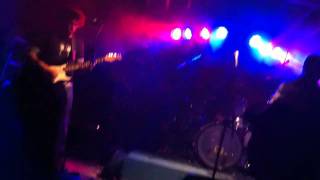 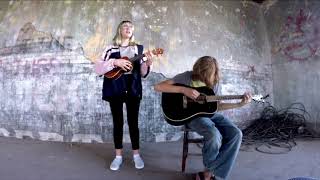 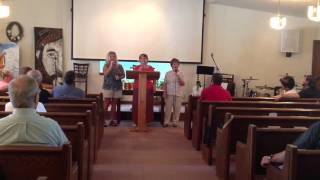 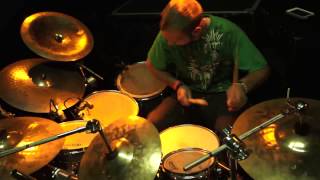 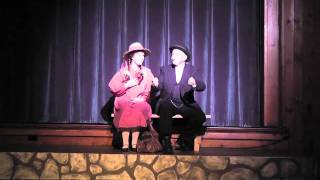 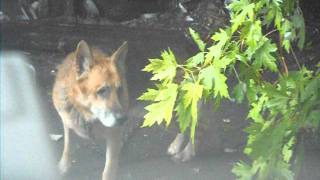