Banda is a term to designate a genre of Regional Mexican music and the musical ensemble in which wind instruments, mostly of brass and percussion, are performed.

The history of banda music in Mexico dates from the middle of the 19th century with the arrival of piston metal instruments, when the communities tried to imitate the military bands. The first bandas were formed in Southern and Central Mexico. In each village of the different territories, there are certain types of brass bands, whether traditional, private, or municipal.

There are brass instruments in the state of Oaxaca that date back to the 1850s. The repertoire of the bands of Morelos, Guerrero, Oaxaca, Chiapas and Michoacán covered gustos, sones, vinuetes, funeral pieces, marches, danzones, valses, corridos, paso dobles, polkas, rancheras, alabanzas, and foxes.

The traditional Oaxacan bands use a mix of saxophones and clarinets, fewer trumpets and more tenor slide trombones, and the bass drum and cymbals are played separately.

One of the oldest bands recorded in history is the Banda de Tlayacapan of the state of Morelos that was founded approximately in 1870, being one of the first to play la danza del Chinelo.

The traditional Zacatecan tamborazo band does not use tuba, being the tambora the instrument that takes the low tone.

Perhaps the most popular song played by bandas is "El Sinaloense" ("The Sinaloan"), written by Severiano Briseño in 1944. "El Sinaloense" has been recorded by hundreds of bandas, in both lyrical and instrumental versions. The song has become so popular that many Sinaloans consider it as their unofficial anthem.[1] The history of banda music in Mexico dates from the middle of the 19th century with the arrival of piston metal instruments, when the communities tried to imitate the military bands. In each village of the different territories there are certain types of wind bands, whether traditional, private or municipal.

Banda music was established in the 1880s in the Mexican state of Sinaloa and expanded to other nearby states in the 1890s. Its roots come from the overlapping of Mexican music with German polka music. At the time, many German Mexicans lived in the states of Sinaloa, Chihuahua, Jalisco and Nuevo León. This greatly influenced northern Mexican music. Immigrants from northern Mexico brought the music to the United States. Initially popular in the southwest United States, primarily in Texas, California, and Arizona, banda has followed the movement of Mexican immigrants to the Midwest United States and the rest of the country. Mexicans who came in contact with Latin-based Jazz of Chicanos or Mexicans born and raised in the United States adopted jazz-like sounds in banda to further enrich the music type.

Throughout the 20th century, brass banda music's mainstream popularity was traditionally confined to the state of Sinaloa. However, starting in the late 1980s and throughout the 1990s, it gained ground in the rest of Mexico's pacific states, as well as a number of central states. By the new millennium, however, brass banda started to become popular throughout the rest of Mexico, eventually becoming the most popular Regional Mexican subgenre in the 21st century.

Despite banda being a male-dominated genre, there are a number of female soloist banda-singers such as Graciela Beltran,[2] Diana Reyes, Beatriz Adriana, and Yolanda Pérez. Jenni Rivera, the highest earning solo banda singer of all-time has been attributed to bringing a female perspective to what had historically been a male-dominated genre.[3][4][5] While not known primarily as banda singers, Ana Bárbara and Ninel Conde have also recorded in the genre. The 2010s wave of popularity of the tuba in Southern California has been credited to its presence in banda music.[6] As of 2017, El Salvador started having its own Banda music.

A standard Sinaloa-style banda is made up of brass, woodwind, and percussion instruments. The most notable instrument is the tambora which is a type of bass drum with a head made from animal hide, with a cymbal on top. Bandas were previously called "tamboras", named after this drum. The tambora is played in a strong and embellished manner, which provides the drive for the rest of the band. The percussion section also includes the tarola which is a snare with timbales which would resemble the tom-toms on a regular drumset, cowbells, and cymbals. Banda El Recodo, one of the most famous bandas,[7] features three trumpets, four clarinets, three valve trombones or slide trombones, two E♭ alto horns, and one sousaphone.

Like an orchestra, a banda can be organized into different sections.

Most banda arrangements feature three-part harmony and melodic sections which contrast the timbres of the clarinet, trumpet, and valve trombone or slide trombone sections.

Historically, bandas were village brass bands called on to entertain the town, and would play anything from opera overtures to big band jazz. This tradition continues today in many towns, especially during festivals and celebrations.

Bandas usually have a strong percussion. The percussionists generally provide the accents and do not usually play all the time or keep a 'groove'. Often the percussionists will enter only when the singer is not singing, such as in an instrumental chorus. The groove is mostly provided by the sousaphone (or bass guitar in a few recordings) playing the bass line, and the alto horns playing sharp upbeats. Typically when a banda plays a cumbia, the alto horn players switch to Latin percussion instruments such as timbales, maracas, cowbell, congas, bongos and guiro.

Bandas generally contain between 10 and 20 members. They usually have a lead singer and a second voice, and occasionally a third voice. The voice often consists of a duet, but solo singers and trios are also common.

Besides the typical instrumentation, banda music, as well as many other forms of Regional Mexican music, is also noted for the grito mexicano, a yell that is done at musical interludes within a song, either by the musicians and/or the listening audience.

In the early 1980s, a new style of Regional Mexican music was developed in the state of Nayarit called Technobanda. Pioneered by bands such as Banda Machos, Banda Maguey and Banda Arkángel R-15, it is essentially a hybrid of traditional Banda with Grupero music. Its popularity spread to the rest of Mexico's western states as well as a number of central states, and among the Mexican population in United States from said regions. The 1990s was the peak of Technobanda's popularity. In this subgenre, some or all of the horns are replaced by electric instruments. A typical Technobanda will substitute a sousaphone with an electric bass and the alto horns with an electronic keyboard and an electric guitar. The clarinets are frequently replaced with saxophones, while a drum set replaces the snare drums. The genre popularized the dance style, Quebradita. Technobandas had already established vocalists within their repertoire before brass bandas officially added their own vocalists.

In the early 1990s, another style of Regional Mexican music was developed in the state of Michoacan called Tierra Caliente. Like Technobanda, it includes vocals, electric instruments like a bass guitar and electronic keyboard, as well as brass instruments such as trumpets, trombones, saxophones and drums. Some bands also use accordions. Tierra Caliente's popularity was originally limited to the regions of Mexico it is named after as well as among the Mexican population living in the United States from said regions, but starting in the mid-2000s, it went on to gain popularity throughout a number of Mexico's central states, as well as in the United States among the Mexican population from said regions.

Duranguense was also created in the early 1990s. It first became prominent in Chicago, Illinois and surged to large-scale popularity during the mid-2000s among the Mexican and Mexican-American community at large in the United States, as well as in many parts of Mexico. The instrumental line-up includes vocals, saxophones, trombones, keyboards, drums and a tambora. This genre popularized the dance style, Pasito Durangense.

The main differences between Technobanda, Tierra Caliente and Duranguense is that the synthesizer riffs are different for all three styles of music, and the fact that Duranguense includes a tambora, while the others do not. Also, Technobanda may include an electric guitar, while the other two traditionally do not, and each subgenre has between one and three vocalists per band. The three subgenres simultaneously produce rancheras, corridos, cumbias, charangas, ballads, boleros, sones, chilenas, polkas and waltzes.

Tamborazo is closely related to traditional brass Banda. However, Tamborazo uses saxophones instead of clarinets. Another difference from banda is that Tamborazo uses its drum consistently, as opposed to banda which distributes the use of the other instruments throughout a song. Tamborazo originated in Villanueva in the state of Zacatecas. It is traditionally popular in that state, as well as in the states of Chihuahua, Durango, and San Luis Potosi, and among the Mexican population from said states residing in the United States.

Tamborazo uses various instruments such as: 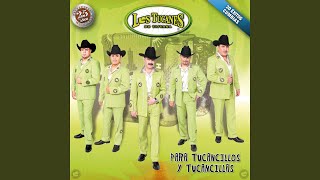 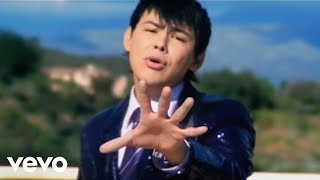 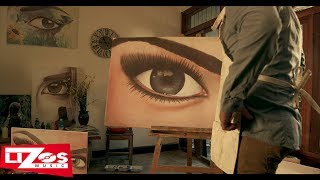 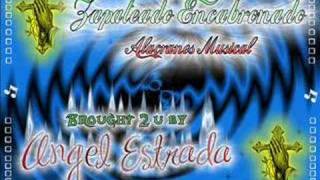 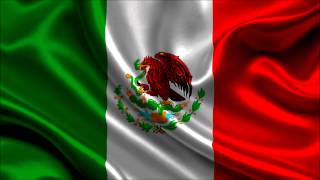 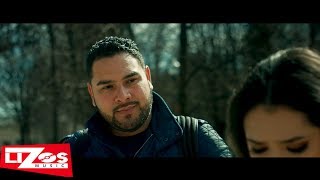 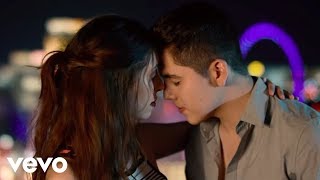 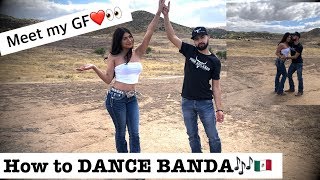 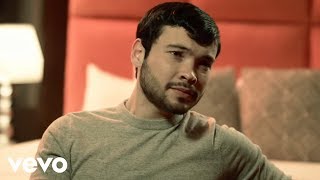 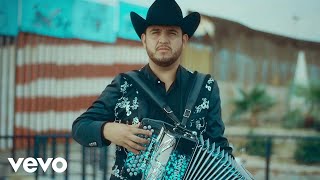 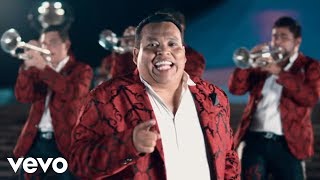 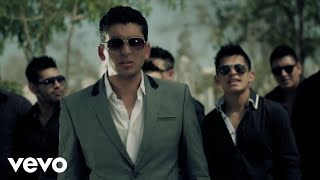