Learn
Band Gap
Get Band Gap essential facts below, , or join the Band Gap discussion. Add Band Gap to your PopFlock.com topic list for future reference or share this resource on social media.
Band Gap
Energy range in a solid where no electron states can exist

Showing how electronic band structure comes about in the hypothetical example of a large number of carbon atoms being brought together to form a diamond crystal. The graph (right) shows the energy levels as a function of the spacing between atoms. When the atoms are far apart (right side of graph) each atom has valence atomic orbitals p and s which have the same energy. However when the atoms come closer together their orbitals begin to overlap. Due to Bloch's theorem which describes the hybridization of the orbitals of the N atoms in the crystal, the N atomic orbitals of equal energy split into N molecular orbitals each with a different energy. Since N is such a large number, adjacent orbitals are extremely close together in energy so the orbitals can be considered a continuous energy band. a is the atomic spacing in an actual crystal of diamond. At that spacing the orbitals form two bands, called the valence and conduction bands, with a 5.5 eV band gap between them. At room temperature, very few electrons have the thermal energy to surmount this wide energy gap and become conduction electrons, so diamond is an insulator. An analogous treatment of silicon with the same crystal structure yields a much smaller band gap of 1.1 eV making silicon a semiconductor.

In solid-state physics, a band gap, also called an energy gap, is an energy range in a solid where no electronic states can exist. In graphs of the electronic band structure of solids, the band gap generally refers to the energy difference (in electron volts) between the top of the valence band and the bottom of the conduction band in insulators and semiconductors. It is the energy required to promote a valence electron bound to an atom to become a conduction electron, which is free to move within the crystal lattice and serve as a charge carrier to conduct electric current. It is closely related to the HOMO/LUMO gap in chemistry. If the valence band is completely full and the conduction band is completely empty, then electrons cannot move in the solid; however, if some electrons transfer from the valence to the conduction band, then current can flow (see carrier generation and recombination). Therefore, the band gap is a major factor determining the electrical conductivity of a solid. Substances with large band gaps are generally insulators, those with smaller band gaps are semiconductors, while conductors either have very small band gaps or none, because the valence and conduction bands overlap.

Every solid has its own characteristic energy-band structure. This variation in band structure is responsible for the wide range of electrical characteristics observed in various materials. In semiconductors and insulators, electrons are confined to a number of bands of energy, and forbidden from other regions. The term "band gap" refers to the energy difference between the top of the valence band and the bottom of the conduction band. Electrons are able to jump from one band to another. However, in order for an electron to jump from a valence band to a conduction band, it requires a specific minimum amount of energy for the transition. The required energy differs with different materials. Electrons can gain enough energy to jump to the conduction band by absorbing either a phonon (heat) or a photon (light).

A semiconductor is a material with an intermediate-sized but non-zero band gap that behaves as an insulator at absolute zero but allows thermal excitation of electrons into its conduction band at temperatures that are below its melting point. In contrast, a material with a large band gap is an insulator. In conductors, the valence and conduction bands may overlap, so they may not have a band gap.

The conductivity of intrinsic semiconductors is strongly dependent on the band gap. The only available charge carriers for conduction are the electrons that have enough thermal energy to be excited across the band gap and the electron holes that are left off when such an excitation occurs.

Band-gap engineering is the process of controlling or altering the band gap of a material by controlling the composition of certain semiconductor alloys, such as GaAlAs, InGaAs, and InAlAs. It is also possible to construct layered materials with alternating compositions by techniques like molecular-beam epitaxy. These methods are exploited in the design of heterojunction bipolar transistors (HBTs), laser diodes and solar cells.

The distinction between semiconductors and insulators is a matter of convention. One approach is to think of semiconductors as a type of insulator with a narrow band gap. Insulators with a larger band gap, usually greater than 4 eV,[1] are not considered semiconductors and generally do not exhibit semiconductive behaviour under practical conditions. Electron mobility also plays a role in determining a material's informal classification.

The band-gap energy of semiconductors tends to decrease with increasing temperature. When temperature increases, the amplitude of atomic vibrations increase, leading to larger interatomic spacing. The interaction between the lattice phonons and the free electrons and holes will also affect the band gap to a smaller extent.[2] The relationship between band gap energy and temperature can be described by Varshni's empirical expression (named after Y. P. Varshni),

Band gaps also depend on pressure. Band gaps can be either direct or indirect, depending on the electronic band structure.

LEDs and laser diodes usually emit photons with energy close to and slightly larger than the band gap of the semiconductor material from which they are made. Therefore, as the band gap energy increases, the LED or laser color changes from infrared to red, through the rainbow to violet, then to UV.[5]

The Shockley-Queisser limit gives the maximum possible efficiency of a single-junction solar cell under un-concentrated sunlight, as a function of the semiconductor band gap. If the band gap is too high, most daylight photons cannot be absorbed; if it is too low, then most photons have much more energy than necessary to excite electrons across the band gap, and the rest is wasted. The semiconductors commonly used in commercial solar cells have band gaps near the peak of this curve, for example silicon (1.1eV) or CdTe (1.5eV). The Shockley-Queisser limit has been exceeded experimentally by combining materials with different band gap energies to make tandem solar cells.

The optical band gap (see below) determines what portion of the solar spectrum a photovoltaic cell absorbs.[6] A semiconductor will not absorb photons of energy less than the band gap; and the energy of the electron-hole pair produced by a photon is equal to the bandgap energy. A luminescent solar converter uses a luminescent medium to downconvert photons with energies above the band gap to photon energies closer to the band gap of the semiconductor comprising the solar cell.[7]

In materials with a large exciton binding energy, it is possible for a photon to have just barely enough energy to create an exciton (bound electron-hole pair), but not enough energy to separate the electron and hole (which are electrically attracted to each other). In this situation, there is a distinction between "optical band gap" and "electrical band gap" (or "transport gap"). The optical bandgap is the threshold for photons to be absorbed, while the transport gap is the threshold for creating an electron-hole pair that is not bound together. The optical bandgap is at lower energy than the transport gap.

In almost all inorganic semiconductors, such as silicon, gallium arsenide, etc., there is very little interaction between electrons and holes (very small exciton binding energy), and therefore the optical and electronic bandgap are essentially identical, and the distinction between them is ignored. However, in some systems, including organic semiconductors and single-walled carbon nanotubes, the distinction may be significant.

Band gaps for other quasi-particles

In photonics, band gaps or stop bands are ranges of photon frequencies where, if tunneling effects are neglected, no photons can be transmitted through a material. A material exhibiting this behaviour is known as a photonic crystal. The concept of hyperuniformity[13] has broadened the range of photonic band gap materials, beyond photonic crystals. By applying the technique in supersymmetric quantum mechanics, a new class of optical disordered materials has been suggested,[14] which support band gaps perfectly equivalent to those of crystals or quasicrystals.

Similar physics applies to phonons in a phononic crystal.[15] 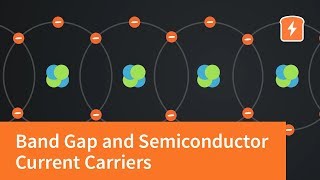 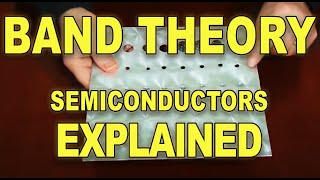 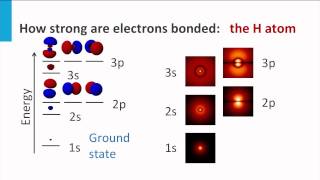 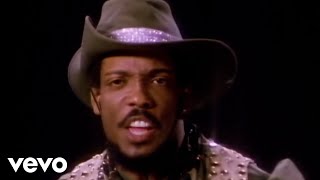 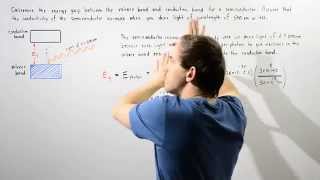 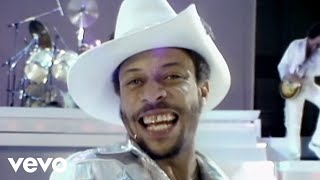 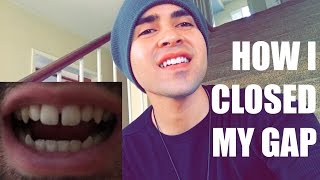 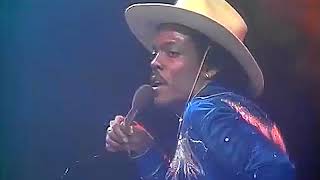 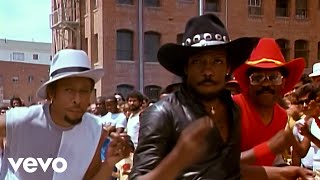 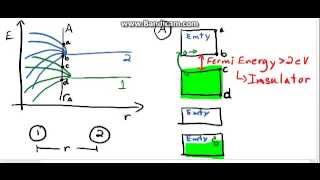 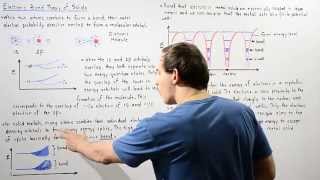 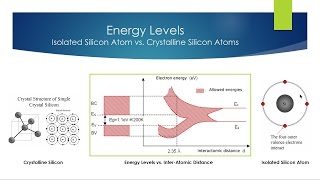 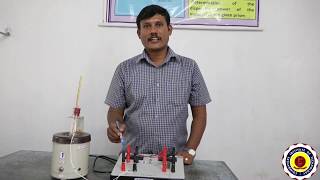 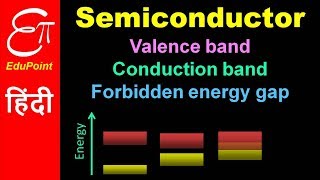 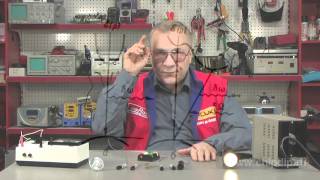 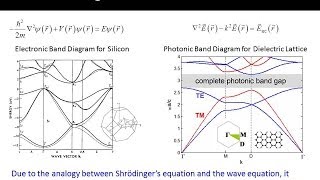 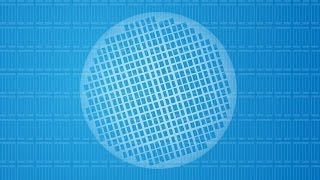 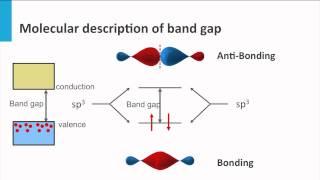 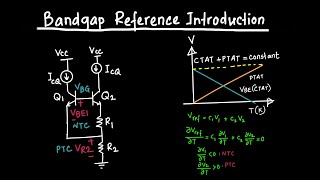