Wynton Learson Marsalis (born October 18, 1961) is an American trumpeter, composer, teacher, and artistic director of Jazz at Lincoln Center. He has promoted classical and jazz music often to young audiences. Marsalis has been awarded nine Grammy Awards and his Blood on the Fields was the first jazz composition to win the Pulitzer Prize for Music. He is the son of jazz musician Ellis Marsalis Jr. (pianist), grandson of Ellis Marsalis Sr., and brother of Branford (saxophonist), Delfeayo (trombonist), and Jason (drummer).

Marsalis was born to a musical family in New Orleans, Louisiana. He is the second of six sons born to Delores Ferdinand and Ellis Marsalis Jr., a pianist and music professor.[1] He was named for jazz pianist and composer Wynton Kelly.[2] His older brother is Branford Marsalis and his younger brothers are Jason Marsalis and Delfeayo Marsalis. All three are jazz musicians. At the age of six, Wynton Marsalis received his first trumpet as a gift from Al Hirt, a trumpeter from New Orleans. He took lessons in jazz and classical music.[3]

He grew up in Kenner, Louisiana. He was given the trumpet because his father didn't want him to feel excluded after seeing Branford playing piano and saxophone. Although he got the trumpet at six, he didn't practice much until he was 12.[4]

In 1979 he moved to New York City to attend Juilliard and performed at local venues while he was there. He received a grant from the National Endowment for the Arts to study with trumpeter Woody Shaw, one of his biggest influences. He was also mentored by Herbie Hancock, with whom he often performed. Marsalis recorded for the first time in 1980 as a member of the big band Art Blakey and The Jazz Messengers. One year later he went on tour with Herbie Hancock. After signing a contract with Columbia Records, he recorded his first solo album. In 1982 he established a quartet with his brother Branford, Kenny Kirkland, Charnett Moffett, and Jeff "Tain" Watts. When Branford and Kenny Kirkland left three years later to record and tour with Sting, Marsalis formed another quartet, this time with Marcus Roberts on piano, Robert Hurst on double bass, and Jeff "Tain" Watts on drums. After a while the band expanded to include Wes Anderson, Wycliffe Gordon, Eric Reed, Herlin Riley, Reginald Veal, and Todd Williams.[3]

Marsalis at Lincoln Center in 2004

In 1995, he hosted the educational program Marsalis on Music on public television, while during the same year National Public Radio broadcast his series Making the Music. Both programs won the George Foster Peabody Award, the highest award given in journalism.

In December 2011, Marsalis was named cultural correspondent for CBS This Morning.[9] He is a member of the CuriosityStream Advisory Board.[10] He serves as director of the Juilliard Jazz Studies program. In 2015, Cornell University appointed him A.D. White Professor-at-Large. [11]

After his first album came out in 1982, Marsalis won polls in Down Beat magazine for Musician of the Year, Best Trumpeter, and Album of the Year. In 2017 he was one of the youngest members to be inducted into the DownBeat Hall of Fame.[12]

Marsalis received the National Medal of Arts from President George W. Bush in 2005.

In 1983, at the age of 22, he became the only musician to win Grammy Awards in jazz and classical music during the same year. At the Grammys the next year, he won again in both categories.

In 1997, he became the first jazz musician to win the Pulitzer Prize for Music for his oratorio Blood on the Fields. In a note to him, Zarin Mehta wrote, "I was not surprised at your winning the Pulitzer Prize for Blood on the Fields. It is a broad, beautifully painted canvas that impresses and inspires. It speaks to us all...I'm sure that, somewhere in the firmament, Buddy Bolden, Louis Armstrong and legions of others are smiling down on you."[13]

Wynton Marsalis has won the National Medal of Arts, the National Humanities Medal,[14] and been named an NEA Jazz Master.[15] Approximately seven million copies of his recordings have been sold worldwide.[16] He has toured in 30 countries and on every continent except Antarctica.[17]

He was given the Louis Armstrong Memorial Medal and the Algur H. Meadows Award for Excellence in the Arts. He was inducted into the American Academy of Achievement and was dubbed an Honorary Dreamer by the I Have a Dream Foundation. The New York Urban League awarded Marsalis the Frederick Douglass Medallion for distinguished leadership. The American Arts Council presented him with the Arts Education Award.

He won the Dutch Edison Award and the French Grand Prix du Disque. The Mayor of Vitoria, Spain, gave him the city's Gold Medal, its most coveted distinction. In 1996, Britain's senior conservatoire, the Royal Academy of Music, made him an honorary member, the Academy's highest decoration for a non-British citizen. The city of Marciac, France, erected a bronze statue in his honor. The French Ministry of Culture gave him the rank of Knight in the Order of Arts and Literature. In 2008 he received France's highest distinction, the insignia Chevalier of the Legion of Honour.[18]

Jazz critic Scott Yanow regards Marsalis as talented but has criticized his "selective knowledge of jazz history" and has said that he feels the fact that Marsalis considers "post-1965 avant-garde playing to be outside of jazz and 1970s fusion to be barren" to be the unfortunate result of the "somewhat eccentric beliefs of Stanley Crouch".[3]

Bassist Stanley Clarke said, "All the guys that are criticizing--like Wynton Marsalis and those guys--I would hate to be around to hear those guys playing on top of a groove!" But Clarke also said, "These things I've said about Wynton are my criticism of him, but the positive things I have to say about him outweigh the negative. He has brought respectability back to jazz." [21] 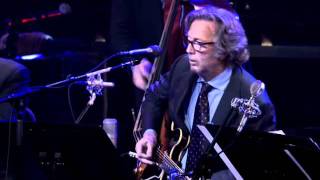 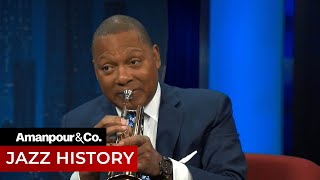 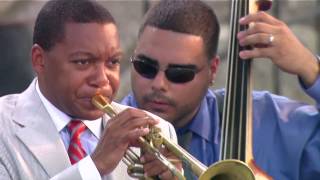 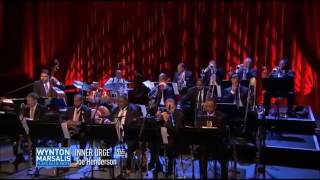 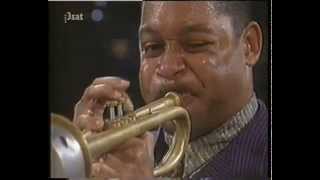 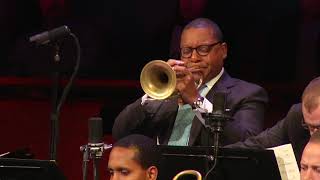 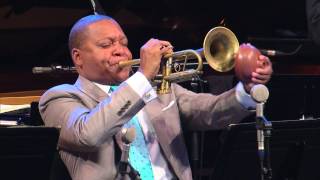 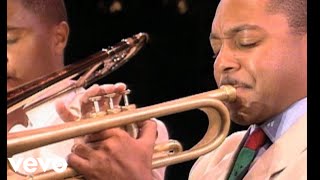 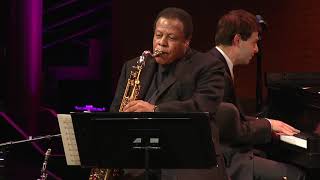 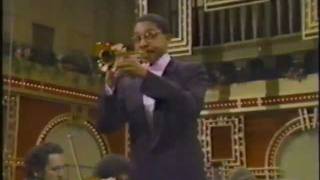 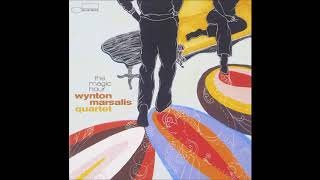 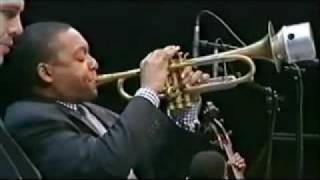 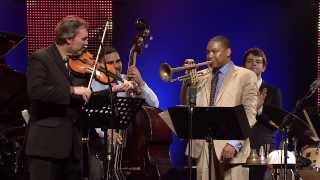 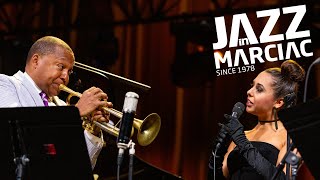 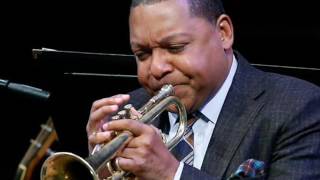 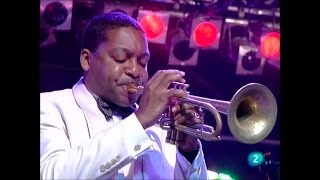