Winter Park is a suburban city in Orange County, Florida, United States. The population was 27,852 at the 2010 United States Census.[6] It is part of the Orlando-Kissimmee-Sanford, Florida Metropolitan Statistical Area.

The Winter Park area's first human residents were migrant Muscogee people who had earlier intermingled with the Choctaw and other indigenous people. In a process of ethnogenesis, the Native Americans formed a new culture which they called "Seminole", a derivative of the Mvskoke' (a Creek language) word simano-li, an adaptation of the Spanish cimarrón which means "wild" (in their case, "wild men"), or "runaway" [men].[7] The site was first inhabited by Europeans in 1858, when David Mizell Jr. bought an 8-acre (32,000 m2) homestead between Lakes Virginia, Mizell, and Berry. A settlement, called Lake View by the inhabitants, grew up around Mizell's plot. It got a post office and a new name--Osceola--in 1870.

The area did not develop rapidly until 1880, when a South Florida Railroad track connecting Orlando and Sanford was laid a few miles west of Osceola. Shortly afterwards, Loring Chase came to Orange County from Chicago to recuperate from a lung disease. In his travels, he discovered the pretty group of lakes just east of the railbed. He enlisted a wealthy New Englander, Oliver E. Chapman, and they assembled a very large tract of land for $13,000 on July 4, 1881, upon which they planned the town of Winter Park. Over the next four years they plotted the town, opened streets, built a town hall and a store, planted orange trees, and required all buildings to meet stylistic and architectural standards. They promoted it heavily.[8] During this time, the Winter Park Post Office opened,[9] and the railroad constructed a depot, connected to Osceola by a dirt road.

In 1885, a group of businessmen started the Winter Park Company and incorporated it with the Florida Legislature; Chase and Chapman sold the town to the new company. In a land bubble characteristic of Florida history, land prices soared from less than $2 per acre to over $200, with at least one sale recorded at $300 per acre.

Veranda at the Hotel Alabama c.1922

In 1885, the Congregational Assembly of Florida started Rollins College, the state's first four-year college. The following year the Seminole Hotel on Lake Osceola opened. This was a resort complete with the luxuries of the day: gas lights, steam heating, a string orchestra, a formal dining room, a bowling alley, and long covered porches.[]

The first president to visit was Chester A. Arthur, who reported that Winter Park was "the prettiest place I have seen in Florida",.[10] President Grover Cleveland visited the area and was given a huge reception at the Seminole Hotel on February 23, 1888. He enjoyed the Bounding Horse Cart ride and stated that it was the most pleasant diversion of his Florida trip. The New York Times reported on his visit that "The Philadelphian and Bostonian founders had done a good job with the town."

The following four years both hotel and the town became a fashionable winter resort for northern visitors. The next president to visit the area was Franklin D. Roosevelt in March 1936. He was conferred an honorary degree in literature at Rollins College.

President Barack Obama visited Rollins College on August 2, 2012 to give a speech that was part of his re-election campaign.

The Winter Park Public Library is located at 460 E. New England Avenue in the heart of Winter Park. Its origins date back to 1885, when nine women organized to create a lending library for their small community, which was still in its infancy at the time.[11] The library has been located at its present site since 1979.

In the 1904, Charles Hosmer Morse became the biggest land owner in Winter Park. His patronage continued in the 1920s, when he purchased a 200-acre parcel between lakes Virginia, Berry, and Mizell. In 1945, Morse's granddaughter Jeannette and her husband Hugh McKean moved to the land, and soon after they added peacocks.[12] Now, the land is a nature preserve that houses an orange grove and over 30 peacocks. Winter Park locals consider the peacock to be a pet to the entire community. The peacock is on the official Winter Park seal, is featured in a number of official city documents, and is protected by the community.

In 1972, Henry Swanson, an agricultural agent and "resident layman expert on Central Florida water," wrote a letter to the editor warning Orange County mayors of the sinkhole danger that could be posed by overdevelopment and excessive groundwater use. Swanson predicted that the west Winter Park area would be especially at risk.[13] In May 1981, during a period of record-low water levels in Florida's limestone aquifer, a massive sinkhole opened near the corner of Denning Drive and Fairbanks Avenue.

The sinkhole first appeared on the evening of May 8, 1981 near the house of Winter Park resident Mae Rose Williams.[14][15] Within a few hours, a 40-year-old sycamore tree near her house had fallen into the sinkhole.[14][16] The next morning, the hole expanded to nearly 40 feet (12 m) wide.[16] In a story in the Orlando Sentinel, she said that as the sun rose, she heard a noise "like giant beavers chewing" as the hole began to devour more of her land. The hole was collapsing rapidly.[16] By noon, as she realized that her home was slipping into the expanding hole, she and the family evacuated and removed their belongings. That afternoon her house fell into the sinkhole, and within a few hours the house was irrevocably on its way into the sinkhole's center, headed to unknown depths.

The hole eventually widened to 320 feet (98 m) and to a depth of 90 feet (27 m). The following fell into the sinkhole: five Porsches at a repair shop, a pickup truck with camper top, the Winter Park municipal pool, and large portions of Denning Drive.[17] By May 9, nearly 250,000 cubic yards (190,000 m3) of earth had fallen into the sinkhole. Damage was estimated at $2 million to $4 million.[13] May 9, 1981: The sinkhole grows to a record size, gulping down 250,000 cubic yards of soil and taking with it the deep end of an Olympic-size swimming pool, chunks of two streets and Williams' three-bedroom home and yard. Florida engineers have described the event as "the largest sinkhole event witnessed by man as a result of natural geological reasons or conditions."[16] He based his statements on his study of 2,000 sinkholes over more than 40 years. That opinion was echoed by Ardaman & Associates, a local engineering consulting firm.

The sinkhole drew national attention and became a popular tourist attraction during the summer of 1981. A carnival-like atmosphere arose around the area, with vendors selling food, balloons, and T-shirts to visitors. The city of Winter Park sold sinkhole photographs for promotional and educational purposes.[13] July 9, 1981: Winter Park begins selling sinkhole photographs to educate the community about sinkholes and to promote tourism. The sinkhole began to fill with water that summer, but on July 19 the water level suddenly dropped by a reported 15 to 20 feet (4.6 to 6.1 m).[13]

The Langford Hotel served as a gateway to "Old Florida" attractions in Central Florida and a community social hub for decades.

The Langford was celebrated in a party in late 1999, closed, and was demolished.[19] A portion of the former Langford property (as of mid-2009) has been developed into luxury mid-rise condominiums. The remaining parcel was redeveloped and in 2014, a boutique hotel named the Alfond Inn, owned and operated by Rollins College[20] opened at the site of the original Langford Hotel.

An orange grove, known as the Temple Grove, stood on the south side of Palmer Avenue just east of Temple Drive. The temple orange was grown on the old Wyeth grove on Palmer Avenue (later Temple Grove) owned at the time by Louis A. Hakes, whose son was the first to notify Temple of the different quality of the new orange. The orange was introduced and cataloged by Buckeye Nursery in 1917, the year W. C. Temple died. Myron E. Gillett and his son D. Collins Gillett later went on to plant the largest orange grove in the world in the 1920s (5,000 acres (2,000 ha)) in Temple Terrace, Florida.

The Winter Park Sidewalk Art Festival is one of the nation's oldest, largest juried outdoor art festivals, rated among the top shows by Sunshine Artist and American Style magazines.[21] In 2012, about 1,200 artists from around the world applied for entry, and an independent panel of judges selected 225 national and international artists to attend the show. The National Endowment for the Arts, the White House, Congress, and many others have lauded the Festival for promoting art and art education in Central Florida. An all-volunteer board of directors runs the annual festival, now in its 50th year.[22] A canal in Winter Park

The city is northeast of and adjacent to Orlando. Elevation ranges between 66 and 97 feet (20 and 30 m) above sea level.

According to the United States Census Bureau, the city has a total area of 10.2 square miles (26.3 km2), of which 8.7 square miles (22.5 km2) is land and 1.5 square miles (3.9 km2) (14.62%) is water.[23] It is nestled among the Winter Park Chain of Lakes, a series of lakes interconnected by a series of navigable canals, which were originally created for flood control and to run logs to a sawmill on present-day Lake Virginia. The lakes are popular for boating, watersports, fishing and swimming.

The city is traversed by the old East Florida and Atlantic Railroad ("Dinky Line") railroad bed, which until the 1960s had a stop at Lake Virginia/Rollins College at the city park now known as Dinky Dock. Much of this right of way has been converted to a rail-trail pedestrian/biking path in the form of the Cady Way Trail, which leads from Cady Way Park toward the Baldwin Park neighborhood and downtown Orlando, and in the opposite direction to Oviedo and beyond (via the Florida Trail), due to a new pedestrian bridge spanning Semoran Boulevard (SR 436) in Orange County.

Scenic Olde Winter Park area is punctuated by small, winding brick streets, and a canopy of old southern live oak and camphor trees, draped with Spanish moss. There are thousands of visitors[] to annual festivals including the Bach Festival, the nationally ranked Sidewalk Art Festival, and the Winter Park Concours d'Elegance.

Within the city is the Mead Botanical Garden which is a 47.6 acres (19.3 ha) park that encompasses several ecosystems.[] It has an amphitheater, butterfly garden, discovery barn and a recreation center.[] Many[quantify] structures are more than 100 years old.[]

According to the City's 2010 Comprehensive Annual Financial Report,[26] the top employers in the city are:

Annie Russell Theatre, located on the campus of Rollins College 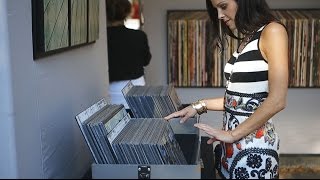 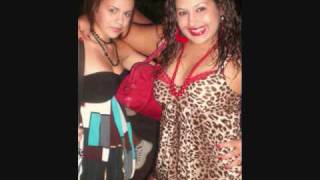 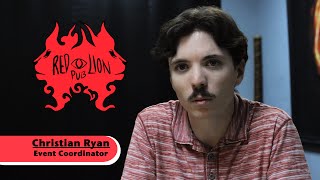 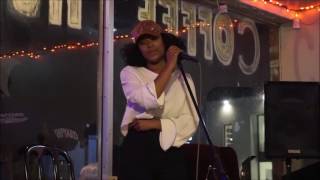 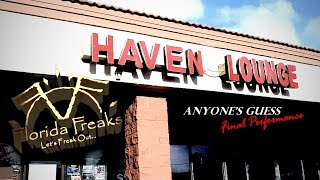 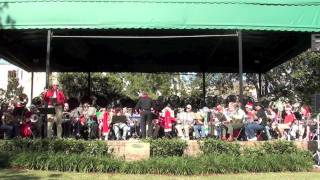 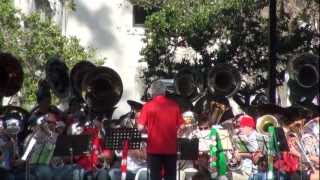 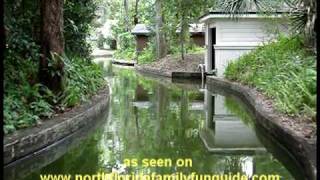 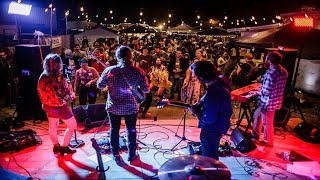 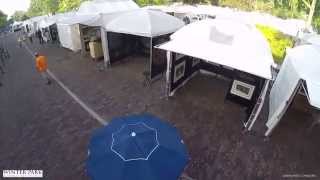 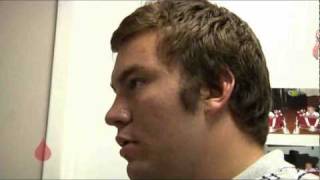 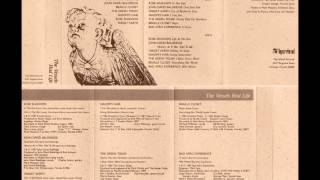 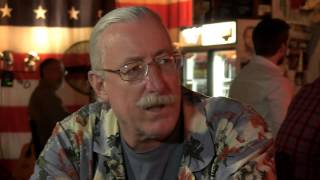 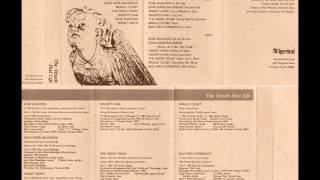 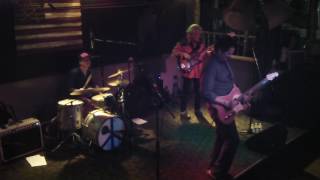 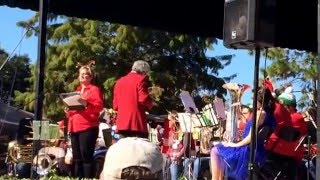 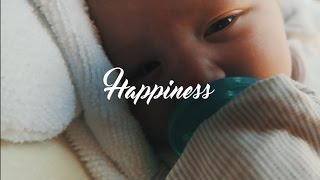 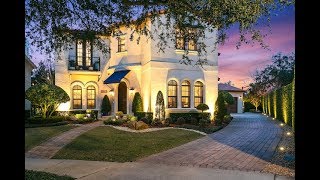 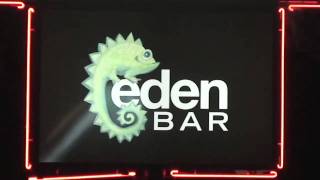