Winchester is a town located 8.2 miles (13.2 km) north of downtown Boston. Located in Middlesex County, it is one of the wealthiest municipalities in Massachusetts. The population was 22,970 at the 2020 United States Census.[1]

From the 17th century until the middle of the 19th century, parts of Arlington, Medford, Cambridge, and Woburn comprised what is now Winchester. In the early years of the settlement, the area was known informally as Waterfield, a reference to its many ponds and to the river which bisected the central village. In its second century, the area was referred to as Black Horse Village, after the busy tavern and hostelry in its center.The movement toward incorporation of what, by this time, was called South Woburn was likely precipitated by the rise of the Whig Party in Massachusetts (History of Winchester, Massachusetts by H. S. Chapman and Bruce W. Stone, 1936, 1975).

The town's early growth paralleled improvements in transportation. Prior to incorporation, the Middlesex Canal, linking the Merrimack River to Boston, was completed through then Waterfield. It flourished from 1803 to 1836, until the Boston and Lowell Railroad completed a line which neatly bisected the town and provided it with two stations. Able to deliver passengers as well as goods, the railroad soon bankrupted the canal and spurred more people to move to the area. The first church was built in 1840, the Post Office followed in 1841, and soon after incorporation town schools were started. Industries small and large followed, including the Beggs and Cobb tannery and the Winn Watch Hand factory which would operate well into the 20th century.

By the time of the Civil War, to which Winchester lent many citizens, the need for a municipal water supply became apparent. Engineers convinced a skeptical public to fund a dam in the highlands to the east of town. The structure blocked the creek which flowed from the Middlesex Fells and produced the first of three reservoirs which continue to provide clear water today.

In the early 20th century, growth continued apace as Winchester evolved from its agri-industrial roots into the bedroom community it is today. A rich mix of immigrants--the Irish in the northern and eastern neighborhoods, a smattering of African-Americans who flocked to the New Hope Baptist Church in the highlands, and finally Italians who came to work in the westside farms and live in the "Plains" to the east--complemented Winchester's Yankee forebears.

The town is roughly bisected by a central valley which is the remnant of the original course of the Merrimack River. After glacial debris effectively rerouted the Merrimack north to its current location, all that remained of its original course through present day Winchester is the Aberjona River and the several ponds it feeds en route to the Mystic Lakes on Winchester's southern border.

On its eastern third, the valley rises steeply into the wooded hills of the Middlesex Fells Reservation, in which lie the North, Middle, and South Reservoirs. The western edge of the valley yields to Arlington and Lexington heights, and the boundaries with those two towns. To the north, the town's longest border is shared with Woburn.

Overall Winchester is safe with crime well below the U.S. average. The most common crime is property crime, with 62 burglaries reported in 2010. Violent crimes are very low, with five murders and five rapes reported in 10 years.[15]

Winchester has five elementary schools (Ambrose, Lincoln, Lynch, Muraco, and Vinson-Owen) and one middle school, McCall Middle School. Considered one of Boston's elite public high schools, Winchester High School was founded in 1850, at the time was part of present-day Lincoln elementary. Winchester High was rebuilt in a different area in 1972, then renovated in 2016. Winchester public schools have achieved superior performances on the MCAS exams since their inception, and the district is consistently ranked by editorial reviews such as Boston Magazine as one of the best in Massachusetts.[17] The Winchester High School sports teams were known as the "Sachems," a term that refers to people who have been appointed to represent a (native) nation in a meeting of a confederacy council. However, the mascot was removed in the year 2020 due to its offensive and stereotypical nature. For the 2018-2019 school year, Winchester public schools and Winchester Recreation has developed the WRAP-AROUND program. A program designed to provide supervision for students who are dropped at school a bit early or who need to stay at school later on some days and was created to assist families with the school start time change for next fall. Wrap-around care will be offered at all five elementary schools for students in grades K-5, both before and after school.[18] [19] The teams practice and host home games at Knowlton Field.[20] The Winchester Sports Foundation[21] raises money through donations to maintain sports programs in the town and to give financial support, make sports programs accessible to all classes, meet costs of program expenses and preserve and promote the level of WHS sports programs.

Founded in the 1942, the Children's Own School is among the earlier surviving Montessori schools in the United States. The building it occupies, a former farmhouse, is considered locally historic. The school's founder, Ms. Dorothy Gove, was an acquaintance of Maria Montessori, giving her a firsthand opportunity to learn the Montessori concept of learning. Today the school operates as a private, non-religious, Montessori school for children of ages two to six, with classes of up to 20 children. Children's Own School is located at 86 Main Street in Winchester.

St. Mary's School is a parochial school of St. Mary's Parish, which opened 134 years ago. The school opened in 1914 and has over 200 students in grades Pre-K through 5. The school building also serves as the Sunday school for the parish during Sunday services. The church is listed on the National Register of Historic Places.

Acera School is a small private school founded in 2010 in Melrose[22][23] which moved to Winchester in 2013.[24] It offers K-8 education in small multi-age classrooms.

Established in 2004, the Winchester School of Chinese Culture is a non-profit organization whose mission is to teach the language and traditional culture of China through classroom instructions, the arts, and cultural events. The school offers a K-8 weekend program at Lynch elementary school, after-school programs at Winchester Unitarian Church and Winchester First Congregational Church, and a summer program. Train at the Winchester MBTA station in October 2008, between the Town Hall and the First Congregational Church.

Winchester has two "Zone 1" stops on the MBTA Commuter Rail Lowell Line: Wedgemere and Winchester Center. The stops are within easy walking distance of one another. The Lowell Line runs from Lowell to Boston's North Station, where one can connect with the "T", Boston's subway system. Nearby Anderson Regional Transportation Center off I-93 (Commerce Way exit) holds a stop for Amtrak's Downeaster train, going through New Hampshire, and terminating in Brunswick, Maine. While this train runs through Winchester, it does not stop at either of the town's two train stations.

There are bus lines going through Winchester to nearby communities such as Medford, Arlington, and Cambridge. Bus route No. 134 runs between North Woburn and Wellington Station on the Massachusetts Bay Transportation Authority's (MBTA) Orange Line in Medford. Bus route No. 350 runs from the Burlington Mall to Alewife station in Cambridge on the MBTA's Red Line. A commuter express bus runs from Cummings Park in Woburn to Boston during rush hours. Anderson Regional Transportation Center also has the Logan Express shuttle bus service to Boston's Logan Airport every 30 minutes, and a paid shuttle service to Manchester New Hampshire Airport (reservations required in advance)

In December 2010 Winchester was among 18 Massachusetts communities to earn the "Green Community" designation by the Massachusetts Department of Energy Resources (bringing the total number of green communities in the state up to 53).[25] In 2011 Winchester was selected as one of four communities to participate in the Massachusetts Clean Energy Center (MassCEC) Solarize MASS pilot program.[26] The program provided incentives to home owners to install rooftop solar electric systems. During that year, 35 residents contracted to have solar systems installed, resulting in 165 kW of solar installations. Most recently, in July 2014, Winchester received a $250,000 Green Communities Grant[27] which helped to offset the cost of installing 1668 cobra-head LED street lights. It is estimated that the LED streetlight conversion may potentially reduce the town's electricity costs by $50,000 each year.

Across the Main Street bypass from the high school sits the Jenks Community Center,[28] which offers programs for seniors and other age groups. Wedge Pond, home to Borggaard Beach and Splash Park, is a popular swimming spot which is continually monitored to ensure safe water quality levels. And every year, as for over a century, thousands of fans attend the annual Thanksgiving Day football contest between Winchester High School and its long-time traditional rival, Woburn.

Several private entities provide recreational opportunities for local townsfolk. Founded in 1900 as a canoe club, the Winchester Boat Club serves locals wishing to sail casually or competitively on the Mystic Lakes. In the summer, it is a popular meeting place for local families and their children. The Winchester Country Club--located in the Myopia Hill neighborhood--offers an 18-hole course open to member and named after the Myopia Club based there in the late 19th century.

In the 1840s, the Whigs sought to split a new jurisdiction away from heavily Democratic Woburn and found enough supporters in the burgeoning village to organize a movement toward incorporation. Representatives of the planned new town selected the name Winchester in recognition of Colonel William P. Winchester of nearby Watertown, who pledged $3,000 toward the construction of the first town hall. Upon the signature of then Governor Briggs, the town of Winchester was officially incorporated on April 30, 1850. Colonel Winchester did not live to visit the town that had honored his family name. He succumbed to typhoid fever within months of its incorporation.

Winchester's town government of Selectmen and Town Meeting members has remained essentially unchanged for most of its existence, until the renaming of the Board of Selectmen to the Select Board in 2018. A 1970s survey listed Winchester as "one of the top fifteen suburbs" in the nation (Ladies Home Journal, August 1975).

The town is part of the Massachusetts Senate's 2nd Middlesex district.

In the 2010 United States Senate special election in Massachusetts, Winchester voted 51% for Republican Scott Brown and 48% for Democrat Martha Coakley.[31]

Town services include full-time police and fire departments, the Winchester Board of Health, the Town Clerk, the Post Office, Water and Sewer Department, and the Public Works Department.

Winchester does NOT offer curbside trash collection. Residents must get an annual permit and use the "Transfer Station" to dispose off their trash and for recycling.

Winchester also has a Chamber of Commerce located on the platform of the Winchester Center station of the MBTA Commuter Rail.

Winchester is the sister city of St. Germain-en-Laye, France.

1852 map of Boston area showing Winchester and the Middlesex Canal 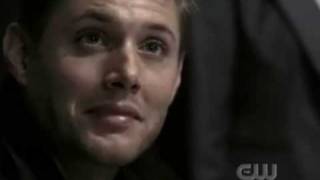 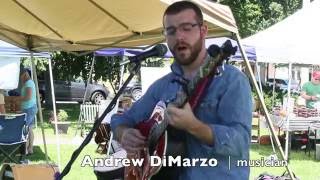 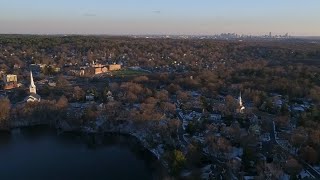 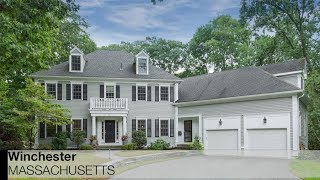 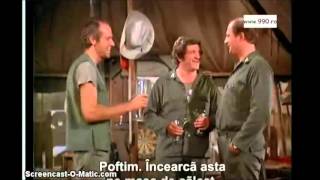 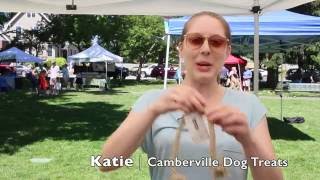 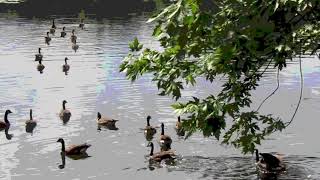 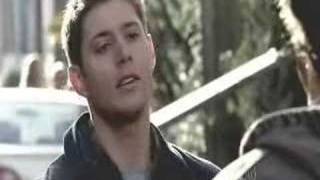 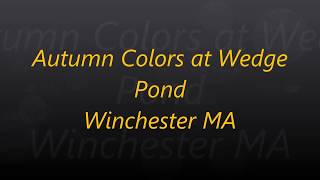 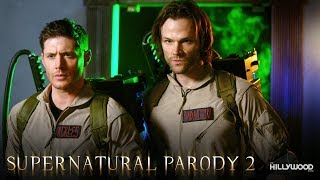 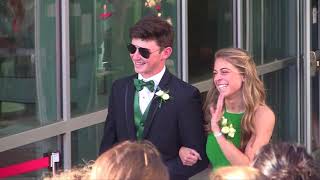 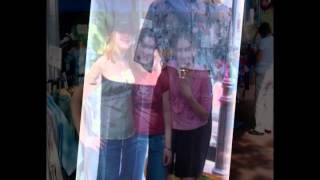 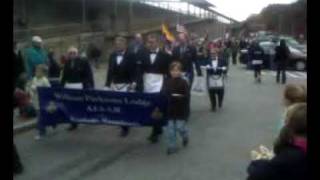 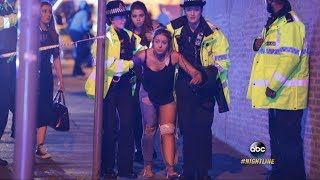 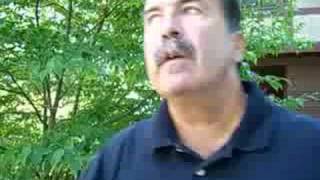 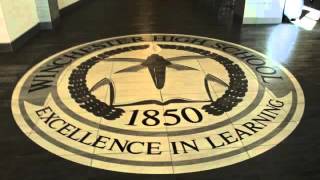 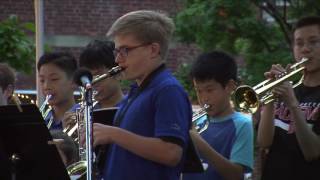 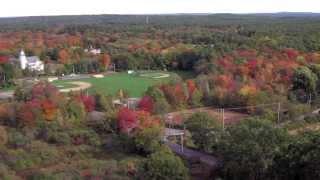 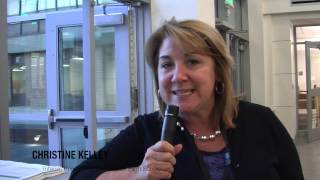 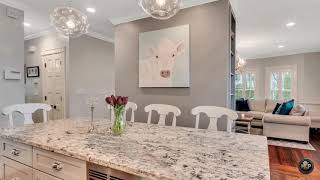