A website[1] is a collection of related web pages, including multimedia content, typically identified with a common domain name, and published on at least one web server. Notable examples are wikipedia.org, google.com, and amazon.com.

A website may be accessible via a public Internet Protocol (IP) network, such as the Internet, or a private local area network (LAN), by referencing a uniform resource locator (URL) that identifies the site.

Websites can have many functions and can be used in various fashions; a website can be a personal website, a corporate website for a company, a government website, an organization website, etc. Websites are typically dedicated to a particular topic or purpose, ranging from entertainment and social networking to providing news and education. All publicly accessible websites collectively constitute the World Wide Web, while private websites, such as a company's website for its employees, are typically a part of an intranet.

Web pages, which are the building blocks of websites, are documents, typically composed in plain text interspersed with formatting instructions of Hypertext Markup Language (HTML, XHTML). They may incorporate elements from other websites with suitable markup anchors. Web pages are accessed and transported with the Hypertext Transfer Protocol (HTTP), which may optionally employ encryption (HTTP Secure, HTTPS) to provide security and privacy for the user. The user's application, often a web browser, renders the page content according to its HTML markup instructions onto a display terminal.

Hyperlinking between web pages conveys to the reader the site structure and guides the navigation of the site, which often starts with a home page containing a directory of the site web content. Some websites require user registration or subscription to access content. Examples of subscription websites include many business sites, news websites, academic journal websites, gaming websites, file-sharing websites, message boards, web-based email, social networking websites, websites providing real-time stock market data, as well as sites providing various other services. As of 2018, end users can access websites on a range of devices, including desktop and laptop computers, tablet computers, smartphones and smart TVs. NASA.gov homepage as it appeared in April 2015

The World Wide Web (WWW) was created in 1990 by the British CERN physicist Tim Berners-Lee.[2] On 30 April 1993, CERN announced that the World Wide Web would be free to use for anyone.[3] Before the introduction of HTML and HTTP, other protocols such as File Transfer Protocol and the gopher protocol were used to retrieve individual files from a server. These protocols offer a simple directory structure which the user navigates and chooses files to download. Documents were most often presented as plain text files without formatting, or were encoded in word processor formats.

Websites have many functions and can be used in various fashions; a website can be a personal website, a commercial website, a government website or a non-profit organization website. Websites can be the work of an individual, a business or other organization, and are typically dedicated to a particular topic or purpose. Any website can contain a hyperlink to any other website, so the distinction between individual sites, as perceived by the user, can be blurred. Websites are written in, or converted to, HTML (Hyper Text Markup Language) and are accessed using a software interface classified as a user agent. Web pages can be viewed or otherwise accessed from a range of computer-based and Internet-enabled devices of various sizes, including desktop computers, laptops, tablet computers and smartphones. A website is hosted on a computer system known as a web server, also called an HTTP (Hyper Text Transfer Protocol) server. These terms can also refer to the software that runs on these systems which retrieves and delivers the web pages in response to requests from the website's users. Apache is the most commonly used web server software (according to Netcraft statistics) and Microsoft's IIS is also commonly used. Some alternatives, such as Nginx, Lighttpd, Hiawatha or Cherokee, are fully functional and lightweight.

A static website is one that has web pages stored on the server in the format that is sent to a client web browser. It is primarily coded in Hypertext Markup Language (HTML); Cascading Style Sheets (CSS) are used to control appearance beyond basic HTML. Images are commonly used to effect the desired appearance and as part of the main content. Audio or video might also be considered "static" content if it plays automatically or is generally non-interactive. This type of website usually displays the same information to all visitors. Similar to handing out a printed brochure to customers or clients, a static website will generally provide consistent, standard information for an extended period of time. Although the website owner may make updates periodically, it is a manual process to edit the text, photos and other content and may require basic website design skills and software. Simple forms or marketing examples of websites, such as classic website, a five-page website or a brochure website are often static websites, because they present pre-defined, static information to the user. This may include information about a company and its products and services through text, photos, animations, audio/video, and navigation menus.

Static websites may still use server side includes (SSI) as an editing convenience, such as sharing a common menu bar across many pages. As the site's behaviour to the reader is still static, this is not considered a dynamic site.

A dynamic website is one that changes or customizes itself frequently and automatically. Server-side dynamic pages are generated "on the fly" by computer code that produces the HTML (CSS are responsible for appearance and thus, are static files). There are a wide range of software systems, such as CGI, Java Servlets and Java Server Pages (JSP), Active Server Pages and ColdFusion (CFML) that are available to generate dynamic web systems and dynamic sites. Various web application frameworks and web template systems are available for general-use programming languages like Perl, PHP, Python and Ruby to make it faster and easier to create complex dynamic websites.

A site can display the current state of a dialogue between users, monitor a changing situation, or provide information in some way personalized to the requirements of the individual user. For example, when the front page of a news site is requested, the code running on the web server might combine stored HTML fragments with news stories retrieved from a database or another website via RSS to produce a page that includes the latest information. Dynamic sites can be interactive by using HTML forms, storing and reading back browser cookies, or by creating a series of pages that reflect the previous history of clicks. Another example of dynamic content is when a retail website with a database of media products allows a user to input a search request, e.g. for the keyword Beatles. In response, the content of the web page will spontaneously change the way it looked before, and will then display a list of Beatles products like CDs, DVDs and books. Dynamic HTML uses JavaScript code to instruct the web browser how to interactively modify the page contents. One way to simulate a certain type of dynamic website while avoiding the performance loss of initiating the dynamic engine on a per-user or per-connection basis, is to periodically automatically regenerate a large series of static pages.

Early websites had only text, and soon after, images. Web browser plug ins were then used to add audio, video, and interactivity (such as for a rich Internet application that mirrors the complexity of a desktop application like a word processor). Examples of such plug-ins are Microsoft Silverlight, Adobe Flash, Adobe Shockwave, and applets written in Java. HTML 5 includes provisions for audio and video without plugins. JavaScript is also built into most modern web browsers, and allows for website creators to send code to the web browser that instructs it how to interactively modify page content and communicate with the web server if needed. The browser's internal representation of the content is known as the Document Object Model (DOM) and the technique is known as Dynamic HTML. A 2010-era trend in websites called "responsive design" has given the best of viewing experience as it provides with a device based layout for users. These websites change their layout according to the device or mobile platform thus giving a rich user experience.[4]

While "web site" was the original spelling (sometimes capitalized "Web site", since "Web" is a proper noun when referring to the World Wide Web), this variant has become rarely used, and "website" has become the standard spelling. All major style guides, such as The Chicago Manual of Style[5] and the AP Stylebook,[6] have reflected this change.

Websites can be divided into two broad categories--static and interactive. Interactive sites are part of the Web 2.0 community of sites, and allow for interactivity between the site owner and site visitors or users. Static sites serve or capture information but do not allow engagement with the audience or users directly. Some websites are informational or produced by enthusiasts or for personal use or entertainment. Many websites do aim to make money, using one or more business models, including:

There are many varieties of websites, each specializing in a particular type of content or use, and they may be arbitrarily classified in any number of ways. A few such classifications might include:

Some websites may be included in one or more of these categories. For example, a business website may promote the business's products, but may also host informative documents, such as white papers. There are also numerous sub-categories to the ones listed above. For example, a porn site is a specific type of e-commerce site or business site (that is, it is trying to sell memberships for access to its site) or have social networking capabilities. A fansite may be a dedication from the owner to a particular celebrity. Websites are constrained by architectural limits (e.g., the computing power dedicated to the website). Very large websites, such as Facebook, Yahoo!, Microsoft, and Google employ many servers and load balancing equipment such as Cisco Content Services Switches to distribute visitor loads over multiple computers at multiple locations. As of early 2011, Facebook utilized 9 data centers with approximately 63,000 servers.

In February 2009, Netcraft, an Internet monitoring[disambiguation needed] company that has tracked Web growth since 1995, reported that there were 215,675,903 websites with domain names and content on them in 2009, compared to just 19,732 websites in August 1995.[7] After reaching 1 billion websites in September 2014, a milestone confirmed by NetCraft in its October 2014 Web Server Survey and that Internet Live Stats was the first to announce--as attested by this tweet from the inventor of the World Wide Web himself, Tim Berners-Lee--the number of websites in the world has subsequently declined, reverting to a level below 1 billion. This is due to the monthly fluctuations in the count of inactive websites. The number of websites continued growing to over 1 billion by March 2016, and has continued growing since.[8] 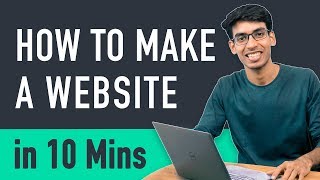 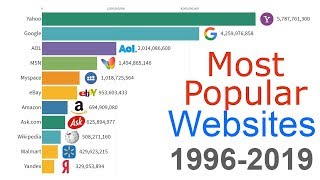 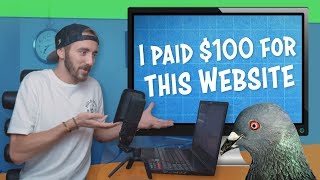 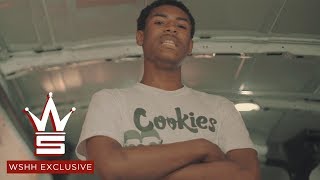 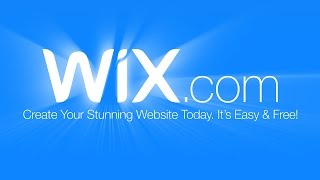 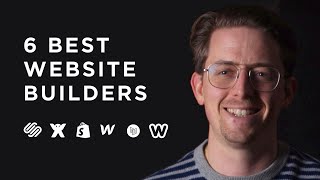 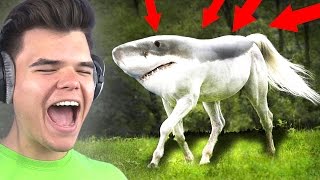 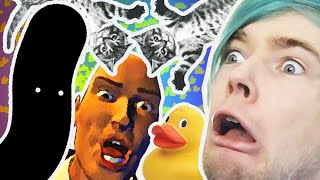 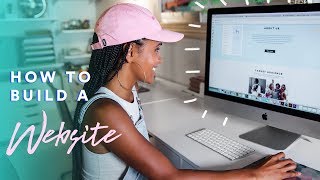 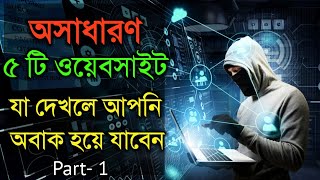 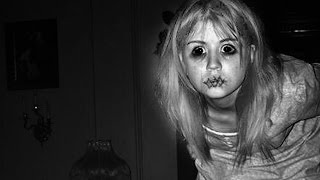 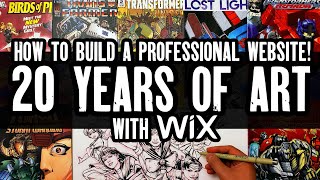 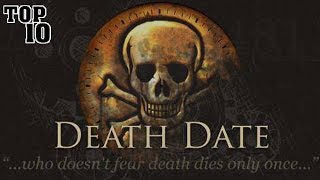 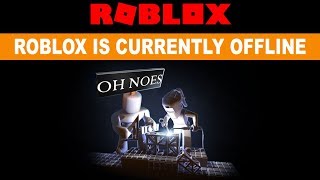 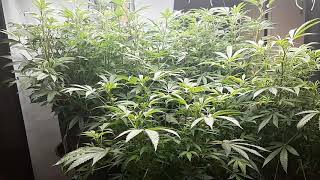 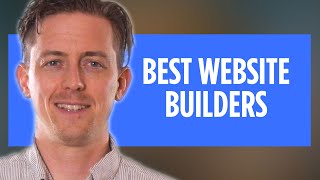 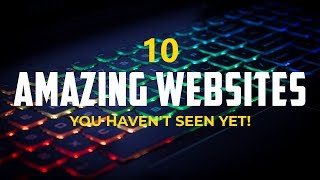