Waltham is a city in Middlesex County, Massachusetts, United States, and was an early center for the labor movement as well as a major contributor to the American Industrial Revolution. The original home of the Boston Manufacturing Company, the city was a prototype for 19th century industrial city planning, spawning what became known as the Waltham-Lowell system of labor and production. The city is now a center for research and higher education, home to Brandeis University and Bentley University. The population was 60,636 at the census in 2010.[2]

Waltham has been called "watch city" because of its association with the watch industry. Waltham Watch Company opened its factory in Waltham in 1854 and was the first company to make watches on an assembly line. It won the gold medal in 1876 at the Philadelphia Centennial Exposition. The company produced over 35 million watches, clocks and instruments before it closed in 1957.[3]

Waltham was first settled in 1634 as part of Watertown and was officially incorporated as a separate town in 1738.[4] Waltham had no recognizable town center until the 1830s, when the nearby Boston Manufacturing Company gave the town the land that now serves as its central square.[5]

In the early 19th century, Francis Cabot Lowell and his friends and colleagues established in Waltham the Boston Manufacturing Company - the first integrated textile mill in the United States, with the goal of eliminating the problems of co-ordination, quality control, and shipping inherent in the subcontracting based textile industry. The Waltham-Lowell system of production derives its name from the city and the founder of the mill.[6]

The city is home to a number of large estates, including Gore Place, a mansion built in 1806 for former Massachusetts governor Christopher Gore, the Robert Treat Paine Estate, a residence designed by architect Henry Hobson Richardson and landscape architect Frederick Law Olmsted for philanthropist Robert Treat Paine, Jr. (1810-1905), and the Lyman Estate, a 400-acre (1.6 km2) estate built in 1793 by Boston merchant Theodore Lyman.

In 1857, the Waltham Model 1857 watch was produced by the American Watch Company in the city of Waltham, Massachusetts. In the late 19th and early 20th century, Waltham was home to the brass era automobile manufacturer Metz, where the first production motorcycle in the U.S. was built.

Another first in Waltham industrial history involves the method to mass-produce the magnetron tube, invented by Percy Spencer at Raytheon. During World War II, the magnetron tube technology was applied to radar. Later, magnetron tubes were used as components in microwave ovens.

Waltham was also the home of the Walter E. Fernald State School, the western hemisphere's oldest publicly funded institution serving people with developmental disabilities. The storied and controversial history of the institution has long been covered by local and, at times, national media.[]

The name of the city is pronounced with the primary stress on the first syllable and a full vowel in the second syllable, WAWL-tham, though the name of the Waltham watch was pronounced with a reduced schwa in the second syllable: .[42] As most would pronounce in the British way, "Walthum", when people came to work in the mills from Nova Scotia, the pronunciation evolved. The "local" version became a phonetic sounding to accommodate French speakers who could not pronounce in the British way.

The city stretches along the Charles River and contains several dams. The dams were used to power textile mills and other endeavors in the early years of the industrial activity. The Charles River in Waltham

Waltham has several neighborhoods or villages, including:[44]

It is bordered to the west by Weston and Lincoln, to the south by Newton, to the east by Belmont and Watertown, and to the north by Lexington. As of 2010, 24% of the residents were born outside of the United States. Many originated from Guatemala and India.[59]

According to the City's 2018 Comprehensive Annual Financial Report,[64] the top ten non-city employers in the city are as follows. Waltham Supermarket on Main Street, established in 1936, was a large historic grocery store that closed in the 1990s. The building continues to be a supermarket, occupied subsequently by Shaw's, then Victory, and now Hannaford.

Waltham's combination of population (especially in central and south Waltham) parks, public transit, stores, and trails gives it 62 (out of 100) walkability ranking on walkscore.com. This is often reflected downtown and along the Charles Riverwalk, which is often crowded on summer nights by people fishing, jogging, or walking off a meal at one of the many restaurants.

Moody Street in downtown Waltham offers its own brand of entertainment with a colorful assortment of shops, restaurants, and bars, including The Gaff, Outer Limits, Gourmet Pottery, and the Embassy Cinema. Moody Street's booming nightlife, convenience to the commuter rail and lower rents have attracted younger professionals to Waltham in growing numbers in recent years. Moody Street is also referred to as "Restaurant Row" and has become a destination because of the number, variety and quality of its locally owned restaurants.[65][66][67] The city of Waltham has a free "Tick Tock Trolley" on Thursday, Friday and Saturday evenings from 6pm - 11pm for visitors that provides easy access to local municipal parking lots.[68]

Waltham's cultural life is enriched by the presence of two major universities and a number of arts organizations throughout the city.

The city's history is also celebrated at a number of museums, monuments, and archives. The Charles River Museum of Industry & Innovation, the Waltham Watch Factory historic district, the Gore Estate, the Lyman Estate, and the Robert Treat Payne Estate are among the most well known of the 109 sites in the city on the National Register of Historical Sites. Many festivals are held at these sites each year, such as the annual sheep shearing festival at the Gore Estate. The National Archives and Records Administration Northeast regional branch is located in Waltham. The Waltham Public Library has extensive archives regarding the city's history. The Waltham Museum is devoted solely to the history of the city. Mark Gately is the only stakeholder left of the Waltham Museum.

Waltham is known for its embracing of literary arts. Local author Jessica Lucci has written a series of books about Waltham which can be found at the Waltham Museum, The Waltham Historical Society, and many other regional establishments devoted to promoting literary arts.

The Waltham Mills Artists Association is located in one of the former factories of the Boston Manufacturing Company. The WMAA Open Studios takes place each year on the first weekend of November. The 76 artists of the WMAA open their homes and studios to the public. Works of all media imaginable are demonstrated, displayed and discussed.

The Waltham Philharmonic Orchestra, a civic symphony of the MetroWest area, began in 1985 under the direction of local musicians David J. Tierney and Harold W. McSwain, Jr. With almost 60 professional, semi-professional, and amateur musicians, the orchestra's mission is to provide the Waltham community with the opportunity to perform in and attend classical concerts of the highest quality. WPO musicians come from Waltham as well as from Boston and surrounding communities. The ensemble includes players of a wide range of ages and professions.

There are five to six concerts throughout the season, including one that features the winner of the annual Youth Concerto Competition, which provides opportunities for young musicians to perform solo works with the WPO. Annual concerts have included summer Concerts on the Common and the December Holiday Pops.[70]

Waltham is home to the Waltham Symphony Orchestra, a high-level semi-professional civic orchestra. The 55 piece orchestra performs five concerts each season at the Kennedy Middle-school Auditorium. Its music director is French-born American conductor, Patrick Botti.[71]Open space in the city is protected by the Waltham Land Trust.[72]

Waltham embraces its ethnic diversity in a number of festivals. The annual Latinos en Acción Festival celebrates the many Puerto Rican, Mexican, Peruvian, and Guatemalan residents. It is held by Latinos in Action, is a local nonprofit group that helps the Latino population register to vote, understand the laws and find scholarships. The festival includes a parade, music, food, and a beauty pageant.

Waltham has in recent decades become a center for Ugandan culture, with an estimated 1500 Ugandans living in the city, leading some to call Waltham "Little Kampala". The Ugandan North America Association is headquartered in Waltham, along with St. Peters Church of Uganda Boston, as well as Karibu, a well regarded Ugandan eatery. Wilberforce Kateregga, a Ugandan immigrant to Waltham has since established Waltham College Uganda, a boarding school for over 300 orphans and children affected by AIDS. The school was named in honor of Kateregga's new home city.[73]

Waltham High School's sports teams had been referred to as the Watchmen and the Crimson, before they changed the name to the Hawks.

Waltham is home to:

Waltham is home to the Waltham News Tribune (formerly The Daily News Tribune), a weekly paper which publishes each Thursday, year-round owned by Gatehouse Media. The Waltham Patch covers the local, daily news and invites locals to post their own blogs, events and opinion online only.[103] In 2018, Waltham writer Jessica Lucci was chosen as the "Mayor" of Waltham Patch. WCAC-TV is the cable access and provides opportunities for community members to learn how to create their own local-interest television programming. Waltham news sometimes appears in The Boston Globe's GlobeWest section, as well.

Waltham was formerly the home of classical radio station WCRB (99.5 FM), which relocated to the WGBH studios in Brighton in 2006. Brandeis University runs a low-power station, WBRS (100.1 FM), which is on the air part time and usually not available between midnight and 8 AM.

Waltham is close to several U.S. interstate highways. Interstate 95, which is also Route 128, runs through the western part of the city. Exits in Waltham are 26, 27, and 28. Interstate 90, which is also the Massachusetts Turnpike, is just to the south in Newton, Massachusetts. Due to its proximity to the center of the Cambridge-Boston-Quincy metropolitan area, a number of state highways are within a few miles.

The MBTA commuter rail has two stops in Waltham as part of the Fitchburg-Boston Line: one in Central Square Waltham across from the City Hall and one near Brandeis University.

The Charles River runs through Waltham, and bike and walking paths cover most of the south bank, as well as part of the north bank from Prospect Street to Moody Street. Some commuters ride the path to offices in Cambridge and Boston.

The city of Waltham is protected by the 166 full-time, paid firefighters of the city of Waltham Fire Department (WFD).[104] Established in 1816, the Waltham Fire Department is currently organized into 3 divisions of operations: fire suppression, fire prevention, and training. The fire prevention and training divisions are each commanded by a deputy chief. The fire suppression division is commanded by a deputy chief per shift or group.[105][106] The WFD operates out of 6 fire stations, located throughout the city, and operates a frontline fire apparatus fleet of 6 engines, 2 ladders, 1 squad, 1 rescue, 4 fireboats, 1 haz-mat./decon. unit, and 1 haz-mat./decon. trailer. The WFD also operates 2 reserve engines and 1 reserve ladder when frontline apparatus goes out of service for maintenance.[107] The Waltham Fire Department currently responds to over 8,000 emergency calls annually. The current chief of department is Thomas McInnis.

Below is a complete listing of all fire stations and fire company locations in the city of Waltham. 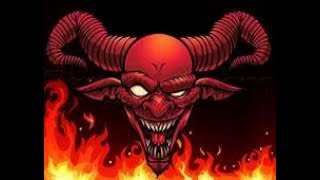 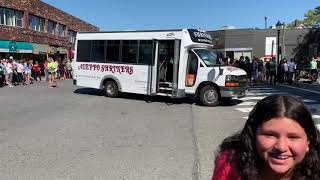 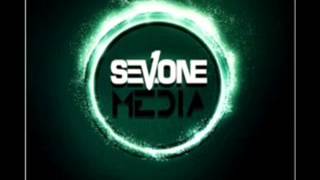 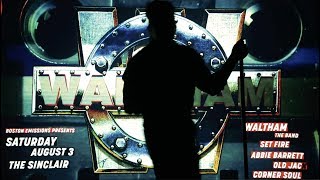 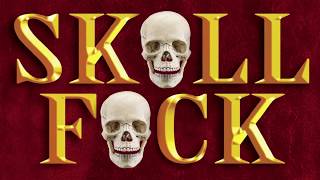 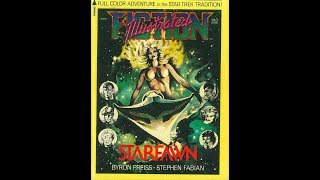 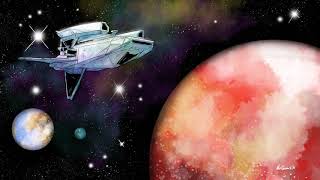 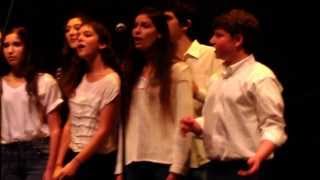 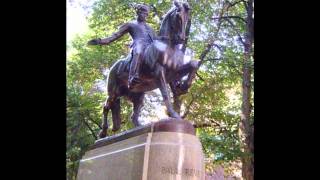 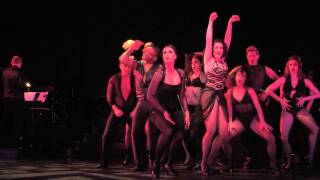 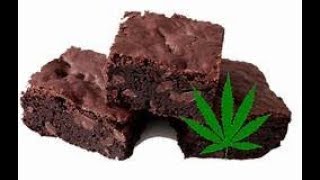 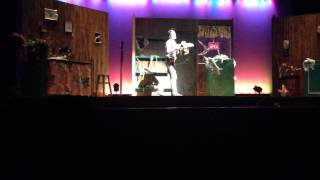 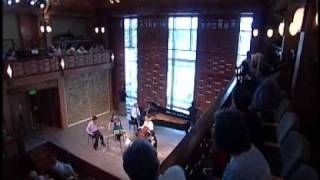 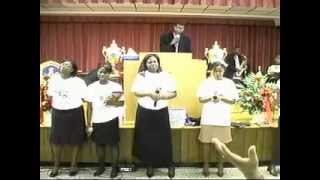 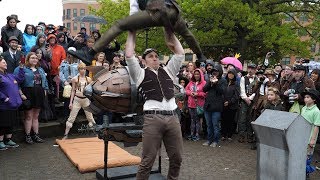 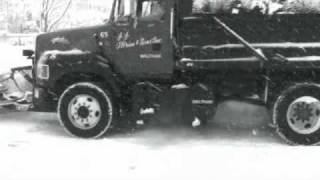 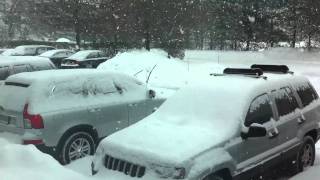 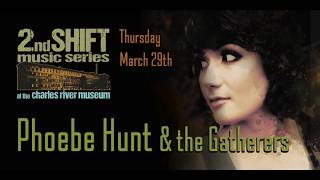