Virgin Records is a record label owned by Universal Music Group. It originally founded as a British independent record label in 1972 by entrepreneurs Richard Branson, Simon Draper, Nik Powell, and musician Tom Newman. It grew to be a worldwide success over time, with the success of platinum performers Paula Abdul, Janet Jackson, Devo, Tangerine Dream, Genesis, Phil Collins, OMD, the Human League, Culture Club, Simple Minds, Lenny Kravitz, the Sex Pistols, and Mike Oldfield among others, meaning that by the time it was sold, it was regarded as a major label, alongside other large international independents such as A&M and Island Records.[1]

Virgin Records was sold to EMI in 1992. EMI was in turn taken over by Universal Music Group (UMG) in 2012 with UMG creating the Virgin EMI Records division.[2] The Virgin Records name continues to be used by UMG in certain markets such as Germany and Japan.[3][4][5][6][7]

Virgin Records America, Inc. was the company's North American operations founded in 1986.[8] They are still active and headquartered in Hollywood, California, and operate under the Capitol Music Group imprint, now also owned by UMG, since 2012. The US operations have also taken on the name Virgin Records.[9] A minor number of artists remain on Virgin Records America's roster, which is currently mostly occupied with European artists such as Bastille, Circa Waves, Corinne Bailey Rae, Ella Eyre, Grizfolk, Walking on Cars, Seinabo Sey, and Prides; American artists include Knox Hamilton, L'Tric, Loren Gray, and Rise Against.

Virgin Classics was founded in 1988 as part of Virgin Records. Along with EMI Classics, it too was acquired by UMG in 2012 as part of the takeover of the EMI Group. But the terms of the European Commission's approval of the takeover required divestment of the two classical labels. Accordingly, both were sold in February the following year to Warner Music Group, and this transaction was approved by the European Union that May. Warner placed the Virgin Classics artist roster and catalogue in its Erato Records division, and the "Virgin Classics" name, along with "EMI Classics," disappeared.

Branson and Powell had initially run a small record shop called Virgin Records and Tapes on Notting Hill Gate, London, specializing in krautrock imports, and offering bean bags and free vegetarian food for the benefit of customers listening to the music on offer.[10] The first real store was above a shoe shop at the Tottenham Court Road end of Oxford Street.

After making the shop into a success, they turned their business into a fully fledged record label. The name Virgin, according to Branson (in his autobiography), arose from Tessa Watts, a colleague of his, when they were brainstorming business ideas. She suggested Virgin - as they were all new to business - like "virgins".[11] The original Virgin logo (known to fans as the "Gemini" or "Twins" logo) was designed by English artist and illustrator Roger Dean: a young naked woman in mirror image with a large long-tailed lizard and the word "Virgin" in Dean's familiar script. A variation on the logo was used for the spin-off Caroline Records label.[12]

The first release on the label was the progressive rock album Tubular Bells by multi-instrumentalist Mike Oldfield, who was discovered by Tom Newman and brought to Simon Draper - who eventually persuaded Richard and Nik to present it as their first release in 1973, produced by Tom Newman, for which the fledgling label garnered unprecedented acclaim.[13] This was soon followed by some notable krautrock releases, including electronic breakthrough album Phaedra by Tangerine Dream (which went Top 20), and The Faust Tapes and Faust IV by Faust. The Faust Tapes album retailed for 49p (the price of a 7" single) and as a result allowed this relatively unknown band a massive audience as the album sold over 60,000 copies[14] and also reached number 12 in the charts, though it was later redacted its spot on the grounds of the cover price.[15][16] Other early albums include Gong's Flying Teapot (Radio Gnome Invisible, Pt. 1), which Daevid Allen has been quoted as having never been paid for.[]

The first single release for the label was Kevin Coyne's "Marlene" (b/w "Everybody Says"), taken from his album Marjory Razorblade and released in August 1973.[17] Coyne was the second artist signed to the label after Oldfield.[18]

Although Virgin was initially one of the key labels of English and European progressive rock, the 1977 signing of the Sex Pistols (who had already been signed and then dropped by both EMI and A&M) reinvented the label PM in a new-wave outpost, a move that plunged the record company into the mainstream of the punk rock era.[13] Under the guidance of Tessa Watts, Virgin's Head of Publicity (and later, also Director of Production), the Pistols rocketed the label to success.[19] Shortly afterwards, the Nottingham record shop was raided by police for having a window display of the Sex Pistols' album Never Mind the Bollocks, Here's the Sex Pistols in the window. Afterwards they signed other new wave groups: Public Image Ltd, Boxer, Culture Club, Fingerprintz, Gillan, Holly and the Italians, Human League (whose "Don't You Want Me" was the label's first chart-topping single, in 1981), Magazine, Skids, the Motors, Penetration, the Ruts, Shooting Star, Simple Minds, and XTC.

After modified versions of the twins label came the red, white and blue design introduced in 1975, which coincided with the height of punk and new wave.[20] The current Virgin logo (known informally as "the scrawl") was created in 1978, commissioned by Simon Draper, then managing director of Virgin Records Limited. Brian Cooke of Cooke Key Associates commissioned a graphic designer to produce a stylised signature. The logo was first used on Mike Oldfield's Incantations album in 1978 and by the Virgin Records label exclusively until gradually other parts of the Virgin Group adopted it, including Virgin Atlantic, Virgin Mobile and Virgin Money.

Virgin Records was sold by Branson to Thorn EMI in June 1992 for a reported US$1 billion (around £560 million),[21][22] with a special non-competition clause that would prevent Branson from founding another recording company during the five years following the agreement (see the final paragraph in EU Merger Decision IV/M202 of 27 April 1992). It now faces competition from Branson's new label: V2 Records. Branson sold Virgin Records to fund Virgin Atlantic which at that time was coming under intense anti-competitive pressure from British Airways. (In 1993 BA settled a libel action brought by Branson over BA's "dirty tricks" campaign, giving him £500,000 and a further £110,000 to his airline).

Capitol Records and Virgin Records America merged in 2007 to form Capitol Music Group after a massive restructuring of EMI Group Ltd.[26] Stepping down as chief executive of Capitol Records was Andy Slater, with Jason Flom, former executive of Virgin, taking the reins as chairman and CEO of the newly created company.

The Virgin label was distributed in the US by Atlantic from 1973 to 1975. During this period, 14 albums were issued. All had been previously issued in the UK on Virgin, although one album, Marjory Razorblade by Kevin Coyne, was truncated from a 20-song double album to an 11-song single album.

Beginning with Mike Oldfield's Ommadawn album in 1975, American distribution switched to CBS Records/Columbia Records. CBS/Columbia was unwilling to release all Virgin artists, and so many were licensed to other labels: Epic (the sister company of Columbia): Mike Oldfield (1980s releases), Captain Beefheart (1982's Ice Cream For Crow), Culture Club (1982-1986), Holly and the Italians, some XTC (1982's English Settlement) and Shooting Star; Atlantic: Julian Lennon, Genesis (previously on Charisma Records), Phil Collins; A&M: (UB40, The Human League, Simple Minds, Breathe, Orchestral Manoeuvres in the Dark and The Blue Nile), Warner Bros.: (Sex Pistols, Scritti Politti, Devo); Geffen (XTC - 1983 on); MCA: (Tangerine Dream, Belinda Carlisle); RCA: (the soundtrack of 1984) and Arista: (Heaven 17, Jermaine Stewart). Some of these records had a small Virgin logo added to the regular company design on the label. One of Virgin's and Epic's biggest acts of the 1980s was Culture Club.

In 1986, Virgin Records opened up another American division, Virgin Records America. Its first release was the debut album by Cutting Crew which included the hit single "(I Just) Died in Your Arms". Other Virgin America signings included Camper Van Beethoven, Bob Mould, Warren Zevon, Paula Abdul, T'pau, Ziggy Marley and the Melody Makers, Redhead Kingpin & The F.B.I., Neneh Cherry, Steve Winwood, Hindsight and, after her MCA contract ran out in 1991, Belinda Carlisle. Virgin Records America's releases were distributed through WEA again by Atlantic Records until 1992. In 1996, Virgin Records offered Janet Jackson one of the best and highest deals at the time estimating an $80 million dollar deal. The agreement also required Virgin to allocate about $25 million in video production, marketing and promotion costs - a much larger sum than most deals.[31] The label was then acquired by EMI-Capitol Special Markets. Virgin Records America was founded by the executive team of Jordan Harris, Jeff Ayeroff and Phil Quartararo.

Another American company called Caroline Records co-existed during this time. Caroline records rarely mentioned a connection with Virgin, and some UK and European Virgin albums that were distributed internationally (instead of being manufactured in each country) named Caroline as their American distributor. Some Caroline records bore the label name Caroline Blue Plate, which was mainly used for reissuing on CD many early progressive rock albums and artists from Virgin and Caroline's UK branches.

The first Canadian editions were distributed by WEA, and were parallel issues of the same early 14 albums issued in the US by Virgin/Atlantic.

In 1975, distribution transferred to Columbia (as it had in the US), but the following year distribution was transferred again to Polydor Records (which changed its name to PolyGram by 1980), and issued a different and larger selection of records from what was being issued in the US. Canadian editions of the Dindisc label were issued as Dindisc/Virgin. Virgin's Canadian division arranged to have Canadian artists Martha & the Muffins and Nash the Slash signed to Dindisc in the UK as well; both artists had releases in Canada and the UK on Dindisc.

In 1983, an independent Virgin Records Canada Inc. company was created, three years before a similar move occurred in the US. From this time onward, Virgin Canada used unique label designs not seen in other countries: a red label with five horizontal bars across the top and an extra-large "scrawl" logo from 1983 to 1985, followed by a purple label with round logo up to 1992 when Virgin was acquired internationally.

Soon after Virgin Records was founded, the label created a music publisher for its artists, who also served as songwriters. Starting in the 1980s, Virgin Music signed songwriters from other record labels. After Virgin was acquired by EMI, the publisher was folded into EMI Music Publishing as EMI Virgin Music.

In 2012, a consortium led by Sony/ATV Music Publishing acquired EMI Music Publishing for $2.2 billion.[32] However, the European Union ruled that Sony/ATV would represent over half of all the charting hits in the United Kingdom, and required the company to auction off Virgin Music and Famous Music UK, as well as twelve unrelated authors.[33] 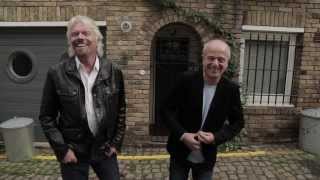 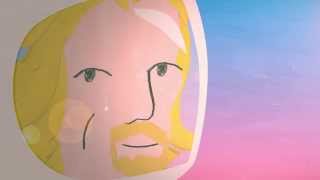 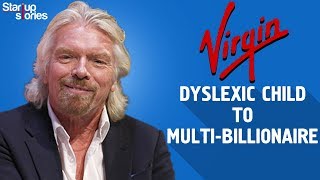 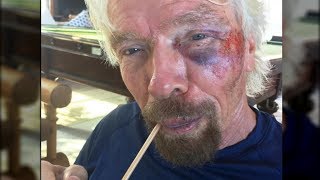 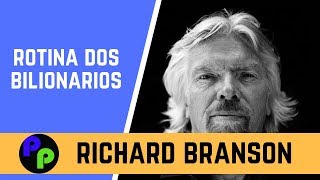 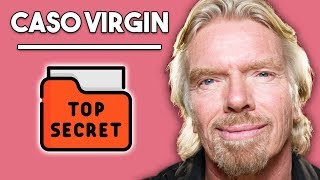 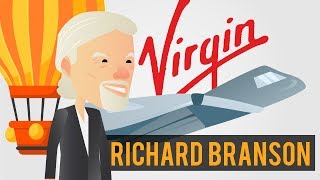 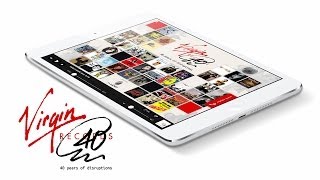 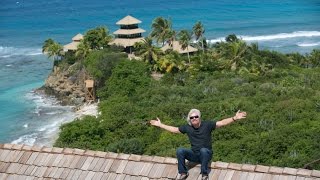 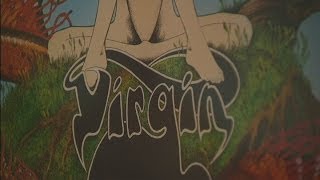 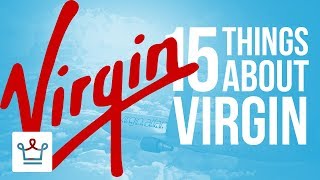 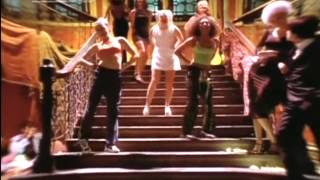 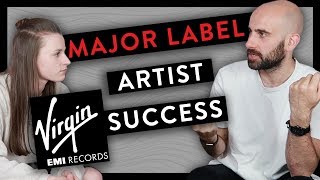 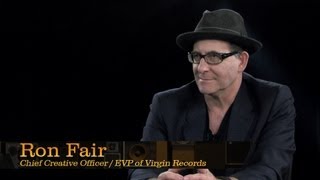