Tysons, also known as Tysons Corner,[5] is a census-designated place (CDP) and unincorporated community in Fairfax County, Virginia, United States.[1] Located in Northern Virginia between the community of McLean and the town of Vienna along the Capital Beltway (I-495), it lies within the Washington Metropolitan Area.[6][7] Tysons is home to two super-regional shopping malls--Tysons Corner Center and Tysons Galleria--and the corporate headquarters of numerous companies such as Intelsat, DXC Technology, Gannett, Hilton Worldwide, Freddie Mac, Capital One, and Booz Allen Hamilton. Tysons is Fairfax County's central business district and a regional commercial center.[8] It has been characterized as a quintessential example of an edge city.[9] The population was 19,627 as of the 2010 census.[1]

Known originally as Peach Grove, the area received the designation Tysons Crossroads after the Civil War.[10] William Tyson, a Maryland native from Cecil County, purchased a tract of land from A. Lawrence Foster.[11] Tyson served as postmaster of the now discontinued Peach Grove Post Office from 1854-1866. The Peach Grove Post Office was established on April 22, 1851.[12]

As recently as the 1950s, Tysons was a quiet rural intersection flanked by a few small stores, and a fruit stand operated by Mr. Tyson, who sold apples and apple cider from the corner of his property. Big changes came in 1963 when the Tysons area moved from a country crossroads to a giant commercial urban area with the awarding of contracts at the interchange of Route 7 and Route 123.

In 1962, the Fairfax County Board of Supervisors approved the Tysons Corner Shopping Center (now Tysons Corner Center), which was planned to be 88.13 acres (356,600 m2) within a 150 acres (0.61 km2) triangle bordered by Chain Bridge Road, Leesburg Pike, and the Capital Beltway. Developers proclaimed it as the largest enclosed mall in the world when it opened July 25, 1968.[13] In recent years, the influx of technology companies into Northern Virginia has brought many new office buildings and hotels to the landscape. The rapid growth of Tysons (in comparison to other locations near the Capital Beltway) has been the topic of numerous studies.[14] One factor was the aggressive promotion of Tysons by Earle Williams, for many years the CEO of the defense contracting firm Braddock Dunn & McDonald.[14] Tysons serves as a "downtown" of Fairfax County, with one quarter of all office space and one eighth of all retail in the county, despite occupying just 1% of the County. It is an auto-oriented edge city with severe traffic congestion, and it faces competition from the urban areas of Arlington and newer suburban edge cities such as Dulles.

In 2008, the Fairfax County Board of Supervisors unanimously voted to begin a 40-year plan to urbanize Tysons around the coming four stops of Washington Metro's Silver Line in the vein of neighboring Arlington County's Rosslyn-Ballston corridor.[15] A preliminary estimate from the Fairfax County Department of Transportation suggested that $7.83 billion in transportation infrastructure projects will be necessary to transform Tysons Corner into a high-density urban center from 2010 to 2050, most of which will be allocated to both construction phases of the Silver Line. Existing plans call for construction of a grid layout for streets around the rail stations, projected to cost $742 million. An additional $1 billion will be spent on further transit and street grid projects from 2030 to 2050.[16]

Ahead of the Washington Metro Silver Line opening in mid-2014, the Fairfax County Board of Supervisors and the Tysons Partnership, a nonprofit association that represents the area's stakeholders, began rebranding the area as simply "Tysons", dropping "Corner" from the name. The change started as a matter of convenience, but later took hold to market the change in the area's character, according to members of the board. The change was unofficial at the time, and either "Tysons" or "Tysons Corner" could be used in addresses.[5] However, in November 2015, the U.S. Census Bureau announced the CDP's name would officially be changed to Tysons effective the following summer.[20]

Tysons is seen as a modern prototype of an edge city. Tysons in its brief 40-year history has been given substantial redevelopment offers for the next 20 to 30 years.[21] This particular area has seen a growing amount of interest as plans to make it an urban center were already begun in 2010. Private-sector development within the United States in combination with political groups have begun the planning process behind the redevelopment of Tysons.[22] There are two forces at work in the creation of an edge city as it can be beneficial to both parties. With the redevelopment process taking place there has been an aggressive push to bring in businesses to Tysons. Edge cities such as Tysons have specific regional accessibility that has been enhanced by major projects funded by federal and state governments.[22] One of the bigger enhancements to transportation specifically to Tysons was the construction "...of the Washington Dulles International Airport and an associated access road and the Capital Beltway but also expansions to state roads".[23] Location and transportation is important to the creation of edge cities, this city is an example of investments placed on the surrounding area.

As for the future of Tysons, the plan remains to see the city become the downtown core of Fairfax County.[24] There is a clear purpose to the investments and the future when investing into edge cities. To this point "...eight districts have been delimited, with four centered on new metro stations being transit-oriented development districts".[24] Future plans to transportation around the area continue to be made, the accessibility of the area is on the rise with many forms of transportation being formed. "The aims of the plan are for 75% of development to be within half a mile of metro stations, an urban center of 200,000 jobs and 100,000 residents, a jobs balance of 4.0 per household".[24] Many of these plans have been created in order to create a fully metropolitan city from a small town. The small edge cities progressively become larger with the creation of distinct plans. For many individuals the interest with edge cities lies in what they can show about new trends across city regions. Tysons is a prime example of the future of edge cities and what other small towns all around the world could become.

The community lies in the Piedmont upland approximately 3.7 miles (6.0 km) south-southwest of the Potomac River.[6][27] The highest natural point in Fairfax County, at 520 feet (160 m) above sea level, is located in Tysons.[28] Wolftrap Creek, a tributary of nearby Difficult Run, forms the northwestern border of the community. Two of the creek's tributaries, Moomac Creek and the Old Courthouse Spring Branch, flow north through northwest Tysons. Scott Run, a tributary of the Potomac, flows north through eastern Tysons.[6]

The climate in this area is characterized by hot, humid summers and generally mild to cool winters. According to the Köppen Climate Classification system, Tysons has a humid subtropical climate, abbreviated "Cfa" on climate maps.[29]

The Tysons skyline at night

Tysons was one of the inspirations for, and figures prominently in, Joel Garreau's pioneering study of the edge city phenomenon.[9] Among the reasons for calling Tysons an edge city is that, in contrast to typical "bedroom" suburbs, people commute into it in the morning and away from it at night, with a daytime population greater than 100,000 and a nighttime population of fewer than 20,000.[30] Planners envision up to 200,000 jobs and 100,000 residents in coming decades.[15] The Capital One Tower is the tallest office building in the D.C. area.

The area is home to Tysons Corner Center - the largest shopping mall in the state and in the Baltimore-Washington area - and two upscale shopping centers, Tysons Galleria (also one of the largest malls in the region) and Fairfax Square, which neighbor it to the north and south respectively. The average household income within a 5-mile (8 km) radius of Tysons Corner Center is $174,809.[48] Every weekday, Tysons draws 55,000 shoppers from around the region.[49] The CDP includes a technology industry base and network infrastructure. In 2007, roughly 1,200 technology companies were operating in Tysons. 31.6% of the jobs in the Tysons submarket and 20.2% of the companies in the submarket were in the technology sector.[8]

With 115,000 office and retail workers, Tysons is the 12th largest employment center in the United States.[50] As of 2012, 75.6% of the population over the age of 16 was in the labor force. 0.6% was in the armed forces, and 75.0% was in the civilian labor force with 70.4% employed and 4.5% unemployed. The occupational composition of the employed civilian labor force was: 66.4% in management, business, science, and arts; 20.3% in sales and office occupations; 10.5% in service occupations; 2.1% in natural resources, construction, and maintenance; 0.7% in production, transportation, and material moving. The three industries employing the largest percentages of the working civilian labor force were: professional, scientific, and management, and administrative and waste management services (28.8%); educational services, health care, and social assistance (13.3%); and public administration (12.8%).[1]

As it is unincorporated, Tysons has no municipal government. The Fairfax County Government provides local government services directly.[52] For the purposes of representation on the Fairfax County Board of Supervisors, Tysons is located in the Board's Hunter Mill and Providence Districts.[53]

Companies in Tysons typically use McLean or Vienna addresses; however, in April 2011, the United States Postal Service approved the use of Tysons Corner as a postal address for the 22102 and 22182 ZIP codes of McLean and Vienna, respectively.[54]

Tysons lies within Virginia's 8th and 11th U.S. Congressional Districts. For the purposes of representation in the Virginia General Assembly, the community is located in the 32nd district of the Virginia Senate and the 34th and 35th districts of the Virginia House of Delegates.[55]

Due to its large daytime population, Tysons experiences a high level of traffic congestion. This has led to plans for denser development, including additional rail infrastructure.[15] On July 26, 2014, the Washington Metro started offering rapid transit rail service in Tysons via its Silver Line.[61][62] Metro operates four stations on the line in Tysons; from east to west, these are: McLean, Tysons Corner, Greensboro, and Spring Hill. The Silver Line connects Tysons by rail with Reston to the west and Arlington, Washington, D.C., and Maryland to the east. Further extension of the line west to Washington Dulles International Airport is projected for completion in 2020.[63]

In February 2017, VDOT began construction on the Jones Branch Connector, a half-mile roadway that crosses Interstate 495 and connects Central and Tysons East, and is projected to carry more than 32,000 vehicles per day by 2040.[64] 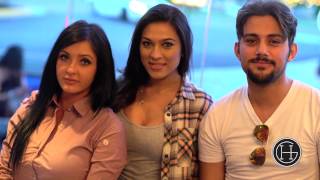 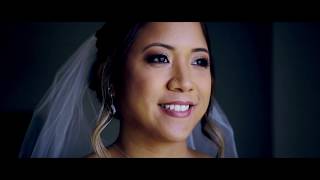 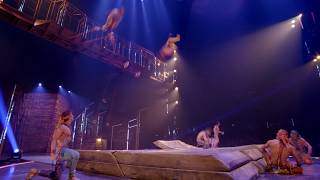 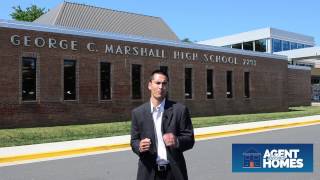 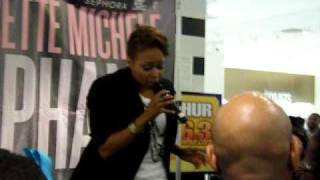 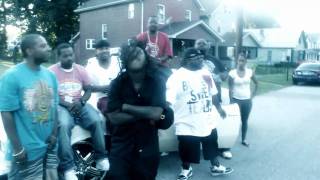 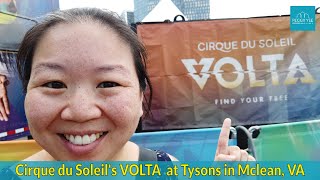 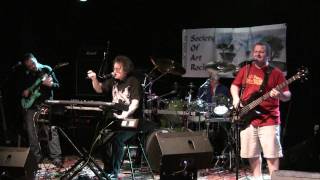 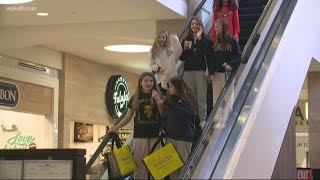 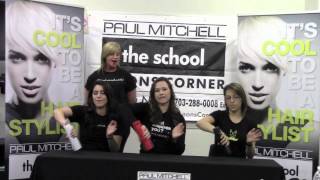 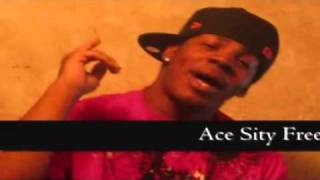 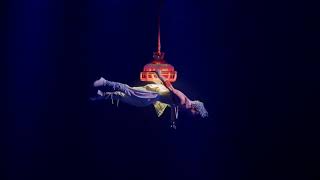 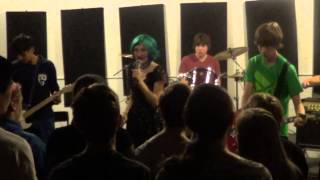 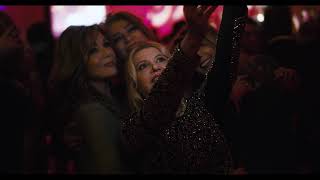 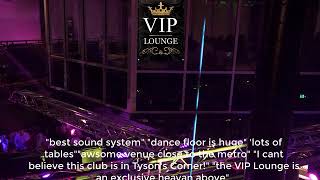 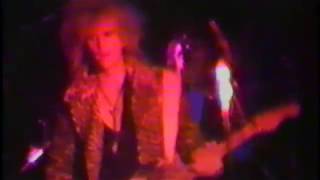 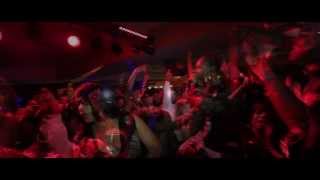 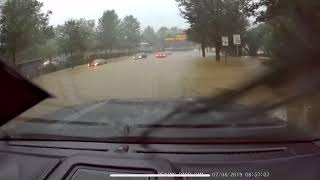