Jean-Baptiste Fre;de;ric Isidor, Baron Thielemans (29 April 1922 - 22 August 2016), known professionally as Toots Thielemans, was a Belgian jazz musician. He was known for his harmonica playing, as well as his guitar, whistling skills, and composing. According to jazz historian Ted Gioia, his most important contribution was in "championing the humble harmonica", which Thielemans made into a "legitimate voice in jazz".[4] He eventually became the "preeminent" jazz harmonica player.[5]

His first professional performances were with Benny Goodman's band when they toured Europe in 1949 and 1950. He emigrated to the U.S. in 1951, becoming a citizen in 1957. From 1953 to 1959 he played with George Shearing, and then led his own groups on tours in the U.S. and Europe. In 1961 he recorded and performed live one of his own compositions, "Bluesette", which featured him playing guitar and whistling. In the 1970s and 1980s, he continued touring and recording, appearing with musicians such as Oscar Peterson, Bill Evans, Dizzy Gillespie, Kenny Werner, Pat Metheny, Jaco Pastorius, Elis Regina and Paquito D'Rivera.

Among the film soundtracks that Thielemans recorded are The Pawnbroker (1964), Midnight Cowboy (1969), Cinderella Liberty (1973), The Sugarland Express (1974) and Looking for Mr. Goodbar (1977). His harmonica theme song for the popular Sesame Street TV show was heard for 40 years. He often performed and recorded with Quincy Jones, who once called him "one of the greatest musicians of our time."[6] In 2009 he was designated a Jazz Master by The National Endowment for the Arts, the highest honor for a jazz musician in the United States.

Thielemans was born in Brussels, Belgium, on 29 April 1922. His parents owned a cafe.[6] He began playing music at an early age, using a homemade accordion at age three.[7] During the German occupation of Belgium beginning in 1940, he became attracted to jazz, but was then playing on full-size accordion or a harmonica, which he taught himself to play in his teens.[6][8]

After being introduced to the music of Belgian-born jazz guitarist, Django Reinhardt, he became inspired to teach himself guitar, which he did by listening to Reinhardt's recordings.[7] At the time he was a college student majoring in math.[9] By the war's end in 1945, he considered himself a full-time musician.[6] He said in 1950, "Django is still one of my main influences, I think, for lyricism. He can make me cry when I hear him."[10] During an interview in 1988, he recalled, "I guess I was born at the right time to live and adapt and be touched by the evolution in the jazz language."[11]

I used to think the chromatic had limits. But with the advent of Toots Thielemans, I have come to feel that the limitations are within the player. Because as far as I can see, Toots has no limitations.

In 1949 he joined a jam session in Paris with Sidney Bechet, Charlie Parker, Miles Davis,[12]Max Roach and others.[13] He first heard the faster bebop style of jazz from records by Parker and Dizzy Gillespie after they had reached Belgium after the war. They became his musical "prophets."[7] As his small collection of jazz records grew, the music of Benny Goodman and Lester Young began to impress him the most.[10]

During a visit to the U.S. in 1948, an agent of Benny Goodman heard him play at a small New York music club. Not long after he returned to his home in Belgium, he received a letter inviting him to join Goodman's band while they toured in Europe, which he readily accepted and joined their tours in 1949 and 1950.[7] During the tour, Goodman was "shocked" when he learned that these tours were the first time Thielemans had earned money from his playing.[10] Although Thielemans was hired on as a guitarist, when Goodman's group debuted at the London Palladium, he played the harmonica due to union restrictions.[10]

During those years, he also made his first record with fellow band member, tenor saxophonist Zoot Sims. In 1951 he toured with singer-songwriter and compatriot Bobbejaan Schoepen, performing strictly as a guitarist.[14]

Thielemans moved to the United States in 1952 where he was a member of Charlie Parker's All-Stars and worked with Miles Davis and Dinah Washington.[7] In 1957 he became a U.S. citizen.[15] From 1953 to 1959 he played guitar and harmonica with the George Shearing Quintet.[7] With Shearing, he added whistling to his repertoire.[7] While playing in Hamburg in 1960 on tour with Shearing, a young musician and observer - John Lennon - noticed that Thielemans played a Rickenbacker guitar. Lennon was impressed, and felt he had to have an American guitar, on the principle that "if was good enough for Thielemans it was good enough for me." Lennon and the Beatles helped make Rickenbacker world-famous.

Inn 1955, Thielmans he recorded his first album as a band leader, "The Sound."[7] During the 1950s, Thielemans had dominated the "miscellaneous instrument" category in Down Beat magazine's poll.[10] Jerry Murad, of Jerry Murad's Harmonicats recalls Thielemans' mastery:

Toots played the harmonica in much the same manner that many of the great jazz artists of that time played their respective instruments. No one played harmonica like Toots. I felt like throwing my harmonica away.[10]

From 1959 on he toured internationally with his small group along with intermittently recording in the studio.[7] He recorded with singers and musicians including Ella Fitzgerald,[6]Pat Metheny, Jaco Pastorius, Stephane Grappelli, J.J. Johnson, Oscar Peterson, Shirley Horn, Joe Pass, and jazz pianist Bill Evans, among others. Thielemans says that his recording with Evans' trio, Affinity, (1979) was one of his favorites.[7]

A jazz standard by Toots Thielemans is his own composition, "Bluesette," which he performed on harmonica[16] or while playing the guitar and whistling in unison.[7][17] He said, "If there's a piece of music that describes me, it's that song."[7] First recorded by him in 1962, with lyrics added by Norman Gimbel, the song became a major worldwide hit.[6] It has since been covered by over one hundred artists.,[10] Toots also wrote the beautiful ballad Lady Fingers which appeared on Herb Alpert and the Tijuana Brass best selling album Whipped Cream And Other Delights.

He worked both as a bandleader and as a sideman, including many projects with composer/arranger Quincy Jones.[18] In the 1960s he performed on television with Peggy Lee.[19] In 1969 he recorded "Honeysuckle Rose Aquarela Do Brasil" with singer Elis Regina and performed with her on Swedish television special.[20]

His music was heard on the Belgian television series Witse, and in the Netherlands, for the Baantjer program. He composed the music for the 1974 Swedish film Dunderklumpen!, in which he also provided the voice of the animated character Pellegnillot. His whistling and harmonica playing was heard on Old Spice commercials in the 1960s.[7] He played harmonica on "Night Game" on Paul Simon's 1975 album Still Crazy After All These Years.

Thielemans has the ultimate in technique and fantastic musical ideas of mood and expression--an unbelievable ability to translate these ideas from his mind through the instrument.

During the early 1980s Thielemans was a guest a number of times on Late Night with David Letterman.[24] He has performed with the bassist Jaco Pastorius,[25] and in 1983 he contributed to Billy Joel's album An Innocent Man, in the song, "Leave A Tender Moment Alone." (The two later collaborated on this selection in concert, and this was recorded on video.) A year later, he appeared on the Julian Lennon song "Too Late for Goodbyes" from the album Valotte.[26]

In 1984, he recorded with Billy Eckstine on the singer's final album (I Am a Singer), featuring ballads and standards arranged and conducted by Angelo DiPippo. In the 1990s, Thielemans embarked on theme projects that included world music. In 1998 he released a French-flavoured album titled Chez Toots featuring guest singer Johnny Mathis.[27]

During those years, he often recorded songs as personal tributes to those who were influential during his career. On Chez Toots, for example, he included "Dance For Victor," which he dedicated to his sometimes keyboard accompanist, Victor Feldman.[28] Similarly, he recorded "Waltz for Sonny"[29] as a tribute to saxophonist Sonny Rollins.[30] In June 1998, at Germany's Jazzbaltica, he paid tribute to Frank Sinatra who died a month earlier.[31] And during the first Caspian Jazz and Blues Festival in Azerbaijan in 2002, he performed his recorded version of "Imagine," his tribute to its writer, John Lennon.[32]

Thielmans was well liked for his modesty and kind demeanor in his native Belgium, and was known for describing himself as a Brussels "ket," which means "street kid" in old Brussels slang.[33]

Thielemans received a joint honorary doctorate from the Universite; libre de Bruxelles and the Vrije Universiteit Brussel, Belgium. In 2001, he was raised into the Belgian nobility by King Albert II and created Baron Thielemans for life, this in recognition of his contribution to music.[34] Herewith, he chose the motto Be yourself, no more no less.[35]

In 2006, Thielemans was honoured by an all-star tribute concert for him at Carnegie Hall. Pianist Herbie Hancock and clarinetist Paquito D'Rivera were among the performers.[6] In 2009, he was awarded the highest U.S. honour that can be accorded to a jazz musician, the distinction of "Jazz Master," by The National Endowment for the Arts.[6][36]

He was nominated for the title of the Greatest Belgian in 2005. In the Flemish version he finished in 20th place, and in the Walloon version he came 44th.[38] On 23 January 2009, he joined guitarist Philip Catherine on stage at the Liberchies church (Belgium) in memory of the 100th anniversary of the birth of Django Reinhardt. In 2012, the Jazz at Lincoln Center concerts in New York celebrated Thielman's 90th birthday with, among others, Herbie Hancock, Eliane Elias, and Kenny Werner. He performed for the occasion and left the stage standing among his friends.[39]

Because of health issues that led to show cancellations, Thielemans announced his retirement on 12 March 2014, cancelling all scheduled concerts.[40] His manager stated that Thielemans "wants to enjoy the rest he deserves."[41] However, he did make one more stage appearance, unannounced, in August 2014, at the Jazz Middelheim Festival in Antwerp.[42]

Thielemans died in Braine-l'Alleud, Belgium, at the age of 94.[6]

After the announcement, the Netherlands-based jazz and pop orchestra Metropole Orkest, along with American trumpet player Quincy Jones, performed at London's Royal Albert Hall in Thielemans' honor.[43] Another concert was performed at the Grand Place, Brussels.[43]

Thielemans was buried on the 27th of August in La Hulpe, just outside Brussels. Pianist Kenny Werner read a personal message by U.S. President Barack Obama for his widow, Huguette.[44][45] It read: "Dear Huguette. I was deeply saddened when I heard about your husband's passing. I hope that shared memories will soften your suffering. Lift faith from the support of friends and family. Know that you will be in my thoughts for the next days. May Toots' music lead you and offer you consolation. I'm sure it will do this for all of us."[46][47][48][49]

In December 2016, the Music Division of the Royal Library of Belgium acquired the Toots Thielemans Collection. The collection consists of hundreds of sound recordings (78 rpm, vinyl records and CDs) and thousands of documents such as photographs, press articles, scores, letters and concert programmes. With George Shearing and Dakota Staton 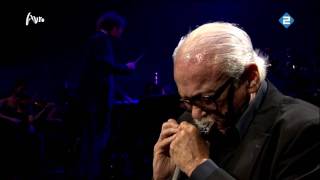 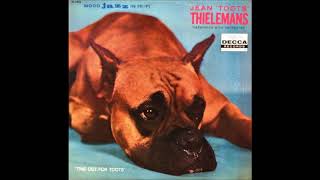 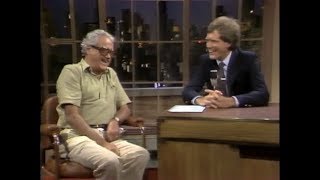 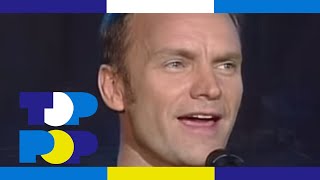 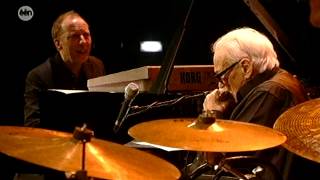 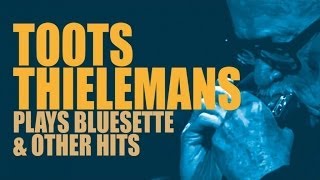 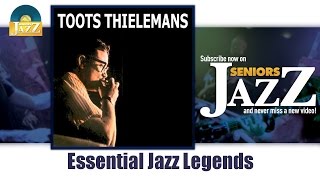 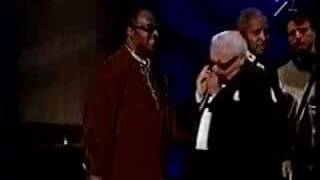 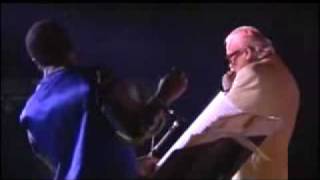 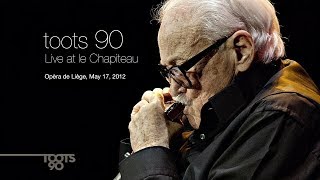 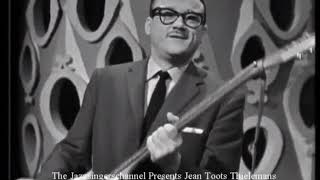 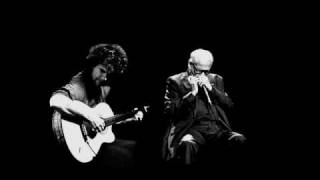 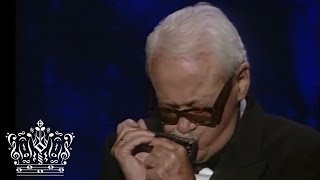 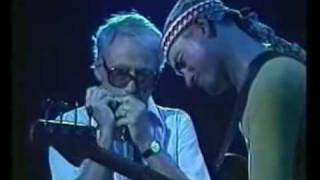 Jean Toots Thielemans - Medley: All the things you are - Isn't she lovely?
Watch   Add to List   Share 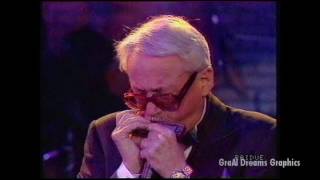