Eleven-year-old Kevin has a vivid imagination and is fascinated by history, particularly that of Ancient Greece; his parents ignore his activities, having become more obsessed with buying the latest household gadgets to keep up with their neighbours. One night, as Kevin is sleeping, an armoured knight on a horse bursts out of his wardrobe. Kevin is scared and hides as the knight rides off into a forest setting where once his bedroom wall was; when Kevin looks back out, the room is back to normal and he finds one of his photos on the wall similar to the forest he saw. The next night he prepares a satchel with supplies and a Polaroid camera but is surprised when six dwarves spill out of the wardrobe. Kevin quickly learns the group has stolen a large, worn map and is looking for an exit from his room before they are discovered. They find that the bedroom wall can be pushed, revealing a long hallway. Kevin is hesitant to join until the apparition of a floating, menacing head--the Supreme Being--appears behind them, demanding the return of the map. Kevin and the dwarves fall into an empty void at the end of the hallway.

They land in Italy during the Napoleonic Wars. As they recover, Kevin learns that Randall is the lead dwarf of the group, which also includes Fidgit, Strutter, Og, Wally and Vermin. They were once employed by the Supreme Being to repair holes in the spacetime fabric, but instead they realized the potential to use the map to steal riches. With the map and Kevin's help, they visit several locations in spacetime and meet figures such as Napoleon Bonaparte and Robin Hood. Kevin uses his camera to document their visits. However, they are unaware that their activities are being monitored by Evil, a malevolent being who is able to manipulate reality and is attempting to acquire the map himself so that he can remake the universe to his design.

Through Evil's actions, Kevin becomes separated from the group and ends up in Mycenaean Greece, meeting King Agamemnon. After Kevin inadvertently helps Agamemnon kill an enemy, the king adopts him. Randall and the others soon locate Kevin and abduct him, much to his resentment, and escape through another hole, arriving on the ill-fated RMS Titanic. After it sinks, they are forced to tread water while they argue with each other. Evil manipulates the group and transports them to his realm, the Time of Legends. After surviving encounters with ogres and a giant, Kevin and the dwarves locate the Fortress of Ultimate Darkness and are led to believe that "The Most Fabulous Object in the World" awaits them, luring them into Evil's trap. Evil takes the map and locks the group in a cage over an apparently bottomless pit. While looking through the Polaroids he took, Kevin finds one that includes the map, and the group realises there is a hole in the Fortress near them. They escape from the cage, steal the map again and split: Kevin must distract their pursuers while the others go through the hole.

Evil confronts Kevin and takes the map back from him. The dwarves return with various warriors and fighting machines taken from across time, but Evil has no trouble overpowering them all. As Kevin and the dwarves cower, Evil prepares to unleash his ultimate power. Suddenly, he is engulfed in flames and burned into charcoal; from the smoke, a besuited elderly man emerges, revealed as the Supreme Being. He reveals that he allowed the dwarves to borrow his map and the whole adventure had been a test of his creation. He orders the dwarves to collect all the pieces of concentrated Evil, warning that they can be deadly if not contained, recovers the map and allows the dwarves to rejoin him in his creation duties. The Supreme Being disappears with the dwarves, leaving Kevin stranded behind as a missed piece of Evil begins to smoulder.

Kevin awakes in his bedroom to find it filled with smoke. Firefighters break down the door and rescue him as they put out a fire in his house. One of the firemen finds that his parents' new toaster oven caused the fire. As Kevin recovers, he finds one of the firemen resembles Agamemnon and discovers that he still has the photos from his adventure. Kevin's parents discover a smouldering rock in the toaster oven. Recognizing it as a piece of Evil, Kevin warns them not to touch it. Ignoring him, they touch it and explode, leaving only their shoes. Kevin tentatively approaches the smoking shoes and is seen from above as his figure grows smaller, revealing the planet and then outer space, before being rolled up in the map by the Supreme Being.

Terry Gilliam wrote the screenplay with fellow Monty Python alumnus Michael Palin, who appears with Shelley Duvall in the small, recurring roles of Vincent and Pansy. The London-based independent company was backed by former Beatle George Harrison, who wrote and performed the closing credits song "Dream Away" especially for this film. Harrison and his HandMade co-founder, Denis O'Brien, were credited as executive producers of the film.

In his book Monty Python: The Case Against Irreverence, Scurrility, Profanity, Vilification, and Licentious Abuse, Robert Hewison describes the dwarfs as representing the Monty Python troupe. The nice one, Fidgit, is said to represent Palin; the self-appointed leader, Randall, Cleese; the acerbic one, Strutter, Eric Idle; the quiet one, Og, Graham Chapman; the noisy rebel, Wally, Terry Jones; and the nasty, filth-loving one, Vermin, Gilliam himself.[5][page needed]

Gilliam discussed aspects of the film in an interview included in the 2013 Arrow Blu-ray release of Time Bandits. He recalled that the production came about because he was unable to start on Brazil, and discussed casting decisions, working again with his fellow Pythons, and the story's downbeat ending. Gilliam also recalled O'Brien pressuring him to include some of Harrison's songs and said that the lyrics of "Dream Away" contained Harrison's comments on Time Bandits and on Gilliam's behaviour during the making of the film.[6]

Time Bandits received critical acclaim and on the review aggregator website Rotten Tomatoes, the film holds an 89% rating based on 45 reviews, averaging 7.9/10; the consensus states, "Time Bandits is a remarkable time-travel fantasy from Terry Gilliam, who utilizes fantastic set design and homemade special effects to create a vivid, original universe."[7]

Christopher John reviewed The Time Bandits in Ares Magazine #12 and commented that "Gilliam paid attention wherever necessary. Not relying on any of the "safe," popular conventions of the genre, Gilliam has made an enviable film. Time Bandits is the kind of movie audiences will recommend to their friends, and that is the best kind of movie of all."[8]

The film was released in the US on 6 November 1981 and opened at number one at the box office for the weekend, grossing $6,507,356 from 821 theatres.[9] The film remained number one for 4 weeks and grossed $36 million in the United States and Canada on a budget of $5 million (£2.2 million),[10] making the film Gilliam's breakthrough hit in the United States.

Marvel Comics published an adaptation of the film in February 1982. It was written by Steve Parkhouse and drawn by David Lloyd and John Stokes.[13]

Apple Inc. worked with Anonymous Content, Paramount Television, and Media Rights Capital to gain rights for a Time Bandits television series to distribute on Apple TV+, with Gilliam on board in a non-writing production role and Taika Waititi as the director of the pilot.[14] 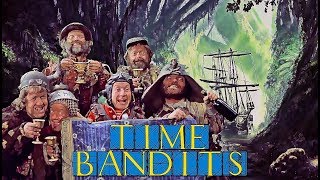 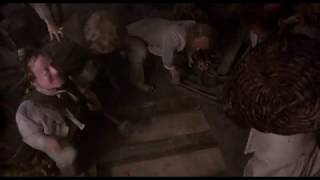 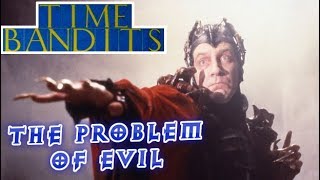 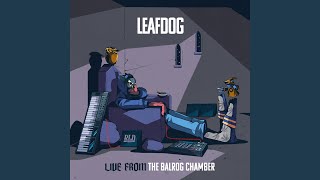 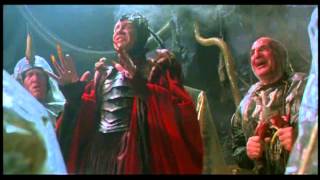 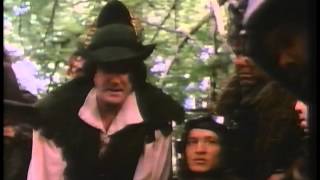 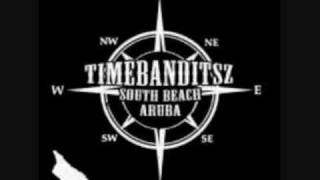 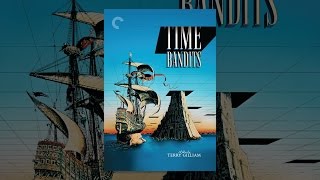 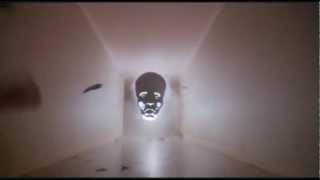 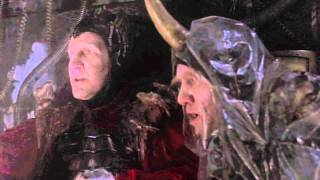 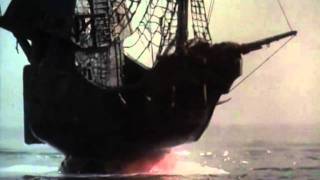 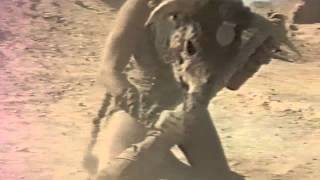 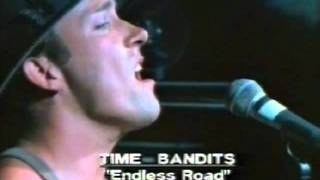 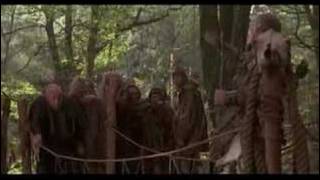 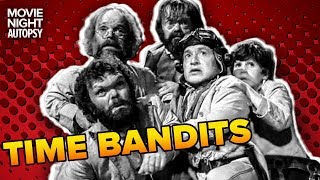 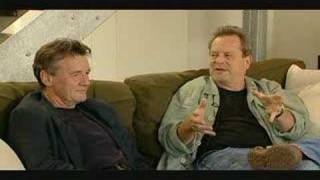 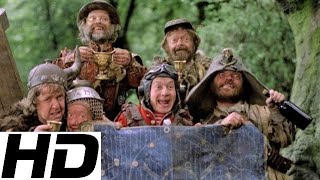