The Divine Comedy are a chamber pop band from Northern Ireland formed in 1989 and fronted by Neil Hannon. Hannon has been the only constant member of the group, playing, in some instances, all of the non-orchestral instrumentation except drums. To date, twelve studio albums have been released under the Divine Comedy name. Between 1996 and 1999, the band released nine singles that made the UK Top 40, including the top-ten hit, "National Express".

The beginning and early success (Fanfare to Promenade)

Neil Hannon has been the only ever-present member of the band, being its founder in 1989 when he was joined by John McCullagh and Kevin Traynor. Their first album, the heavily R.E.M.-influenced Fanfare for the Comic Muse, enjoyed little success and was deleted. A couple of equally unsuccessful EPs - Timewatch (1991) and Europop (1992) - followed, with newly recruited member John Allen handling lead vocals on some tracks. After the commercial failure of the Europop EP, this line-up soon fell apart.[1]

Hannon, however, was not deterred in his efforts and entered the studio again in March 1993, teaming up with co-producer/drummer Darren Allison, for the recording of Liberation.[2] Featuring a fairly diverse musical outlook that goes from the tongue-in-cheek synth pop of 'Europop' (nearly unrecognisable from the previously released version) to the classical stylings of 'Timewatching', it is also characterised by a plethora of literary references: 'Bernice Bobs Her Hair' recalls a short story by F. Scott Fitzgerald; 'Three Sisters' draws upon the play by Anton Chekhov; and 'Lucy' is essentially three William Wordsworth poems abridged to music. This led to a degree of critical acclaim, but commercial success still proved elusive.

Indeed, it was only some minor success in France that really enabled Hannon to proceed to his second effort, Promenade. Released in 1994, and co-produced, once again, with Darren Allison, this was heavily driven by classical influences, with Michael Nyman's stylings clearly an inspiration. Hannon himself acknowledged this when he apparently sent a copy of his new album to the composer, jokingly asking him not to sue. Essentially, a concept album about a day spent by two lovers, it also received similar critical acclaim to that which Liberation was afforded. Commercial success, though, was not forthcoming despite some of Hannon's best songwriting to date, including "Don't Look Down", "The Summerhouse" and subsequent live favourite "Tonight We Fly". Soon after the release of the album the Divine Comedy went on tour with Tori Amos, supporting her during her European dates.

At around the same time, Hannon also wrote and performed, with Allison, the theme music for the sitcom Father Ted[3] (which would subsequently be incorporated into the song "Songs of Love" on the album Casanova), and later wrote the music for the mock-Eurovision song "My Lovely Horse" for one episode.[4] Hannon resisted widespread requests from fans to release the track as a single for the Christmas market, but it was eventually released in 1999 as the third track on the CD-single "Gin Soaked Boy". This would not be the only time they would be responsible for a TV theme, as "In Pursuit of Happiness" was also used by the BBC science and technology show, Tomorrow's World. Hannon also composed the music for the comedy series The IT Crowd, written by Father Ted co-writer Graham Linehan.

The road to fame (Casanova to A Secret History...)

The album Casanova (1996), and in particular the single "Something for the Weekend", championed by Chris Evans, then BBC Radio 1 breakfast show DJ and presenter of TFI Friday, led to the band's first major success,[1] with Neil Hannon becoming a distinctive, albeit unlikely, popstar in an immaculate suit, and always appearing the elegant dandy. Casanova was the third album to be produced by Darren Allison and Neil Hannon, thus completing a trilogy of albums which began with Liberation in 1993. Further singles from Casanova were "Becoming more like Alfie" and "The Frog Princess", both of which received widespread airplay, and further cemented the band's reputation.

At the height of their commercial success, the band released A Short Album About Love (a reference to the Krzysztof Kie?lowski film A Short Film About Love), recorded live at soundcheck with the Brunel Ensemble in preparation for a concert at the Shepherd's Bush Empire, from which several songs were released as b-sides. It was aptly released on Valentine's Day in 1997. Subsequently, the band contributed a reworking of Noël Coward's "I've Been to a Marvellous Party" to Twentieth-Century Blues: The Songs of Noël Coward, a compilation of covers of the writer's songs, with Hannon affecting a Cowardesque lilt (albeit interspersed with an aggressive electronic musical backing).

The foppish image, but not the suit, was ditched for the more sombre album Fin De Siècle in 1998, although its biggest hit, the jaunty "National Express", belied its more intimate, soul-searching tone. Maintaining the balance between these poles, 1999's Secret History - the Best of The Divine Comedy included re-recordings of Liberation tracks ("The Pop Singer's Fear of the Pollen Count" and "Your Daddy's Car") and two new songs ("Gin-Soaked Boy" and "Too Young to Die") alongside the band's main hits. In the same year, the band also collaborated with Tom Jones on a cover version of Portishead's 'All Mine', featured on his album Reload.

A serious side to the band was also in evidence in 2000's collaboration with Ute Lemper on her album Punishing Kiss, most of which featured The Divine Comedy as Lemper's backing band. Neil Hannon and Joby Talbot also contributed two original songs and an arrangement of Brecht and Weill's "Tango Ballad", whilst Neil Hannon sang two songs ("Tango Ballad", "Split") as duets with Lemper. The Divine Comedy performing at the Summer Sundae festival in 2007.

The band performed at V2001 Festival,[5] and their 2001 album Regeneration attempted to remove the band still further from its association with comedy.[6] Hannon hired producer Nigel Godrich to "remake" the band. Neil ditched the suit and donned a Britrock band image. The album was a greater critical than commercial success, and soon after its release it was announced that The Divine Comedy were splitting up. However, within a year Hannon was touring again with a revised band line-up, playing a series of joint-headline gigs in the United States, United Kingdom and Ireland featuring both The Divine Comedy and Ben Folds, who would cover The Divine Comedy's "Songs of Love" on his Sunny 16 EP.

A new album surfaced in the form of 2004's Absent Friends. The album struck a balance between the occasionally earnest sound of the band's later material and the lighter tone of the more popular releases. 2004 saw two performances featuring The Millennia Ensemble orchestra, one at the London Palladium (which was later released as a live DVD) and one at the Royal Albert Hall.

In January 2005, Hannon announced that he had acquired the worldwide copyrights to all of his recorded output with his former record label, Setanta Records. He launched his own record label Divine Comedy Records in order to re-release his 1990s output.

Hannon's ninth album with the Divine Comedy, Victory for the Comic Muse, was released in June 2006. The bulk of the record was recorded over two weeks, much of it live rather than multi-tracked, hence a more spontaneous sound, and features appearances from Travis bass player Dougie Payne.

Neil Hannon also provided vocals for songs on the soundtrack for the film of The Hitchhiker's Guide to the Galaxy released in 2005, working with Joby Talbot, the composer for the film and former Divine Comedy band member. This sci-fi connection continued in late 2006, when he contributed vocals to two tracks - "Song For Ten" and "Love Don't Roam" - on the Doctor Who: Original Television Soundtrack album.[7] In an interview with Bullz-Eye.com, Hannon explained that, "literally, I was asked to add my vocal by the composer of the songs, who writes for the show. And I didn't feel that I could say no, simply because I spent my childhood watching this programme. It would be just plain wrong to not do it."[8] Hannon also lent his vocals to "Aliens", the last track on the Irish charity album The Cake Sale in 2006, organised by Brian Crosby of Bell X1 and featuring a variety of mainly Irish musicians.

In 2006, whilst on tour, the band did a Take-Away Show video session shot by Vincent Moon. Most recently,[when?] the first ten or so seconds of "Tonight We Fly" was used as the ending tune to BBC7's Digi Radio. The song was also used for an advertisement for the Airbus A340 airliner.[9]

Meanwhile, Neil took part in various projects: he recorded "Perfection As a Hipster", included in the God Help the Girl soundtrack, a soon-to-be-released musical film by Belle and Sebastian frontman Stuart Murdoch as well as the LP The Duckworth Lewis Method, together with Thomas Walsh of Pugwash. In March 2007 Neil Hannon's relationship with Parlophone came to an end.[10]

On 31 May 2010 The Divine Comedy released their tenth album entitled Bang Goes the Knighthood on DC Records. As with Victory for the Comic Muse it was recorded in RAK studios in St John's Wood by Guy Massey and the orchestra was conducted by Andrew Skeet who was the arranger on this album. The album charted at 20 in the first week of release, making it their highest charting album since Regeneration in 2001. The album itself was preceded by the download-only single "At The Indie Disco".

On 2 September 2016, The Divine Comedy released their eleventh album Foreverland. A live album featuring performances from the 2016/17 Foreverland tour, "Loose Canon", was released digitally on 16 February 2018 after being made available as a CD on the tour.

On the 9th March 2020, it was announced via a press release that The Divine Comedy would be celebrating its 30 year anniversary by reissuing remastered versions of the band's first nine albums (from Liberation to Bang Goes the Knighthood) on LP and CD. All eleven albums were included in the boxset 'Venus, Cupid, Folly, and Time: 30 Years of the Divine Comedy'. The 24 Disc Boxset consists of 12 albums of 2 CDs: each with an original remastered album, with a second CD of B-sides, demos, alternate versions, rarities, and unreleased material curated by Neil Hannon. Of note is the inclusion of the original album 'Fanfare for the Comic Muse', and other Pre-Liberation material. The CD release of 'A Short Album About Love' comes with a DVD of 'A Short Film About A Short Album About Love' - a previously unreleased 50-minute film of the Shepherd's Bush Empire concert at which 'Short Album..' was recorded. All CDs come with a booklet of photos, credits and extensive liner notes.[11]

Hannon, and an eleven piece ensemble will also be celebrating the band's thirty year anniversary with residencies at The Barbican, in London, and the Cité de la Musique, in Paris. These shows, postponed from September 2020 to September 2021, will feature the band playing two of the classic albums, per show, in a 5 show residency in each venue.

The band has at times consisted only of Neil Hannon (vocals, guitars, keyboards, bass), but has also included:[2] 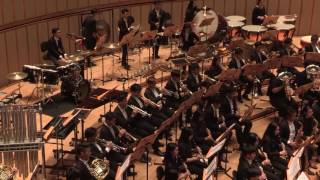 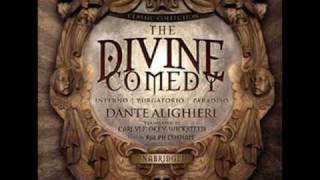 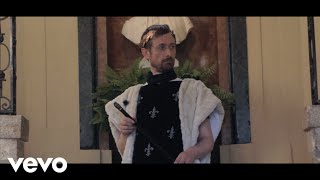 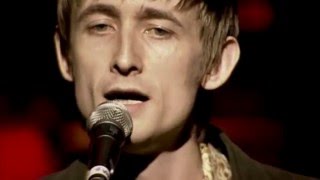 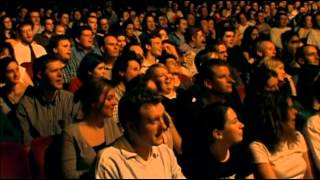 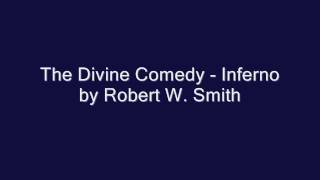 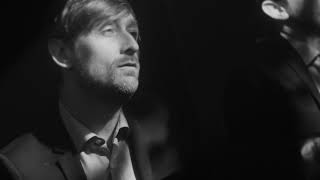 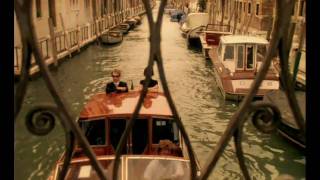 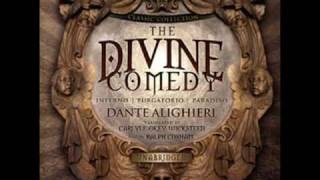 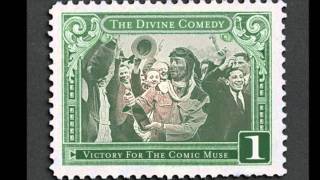 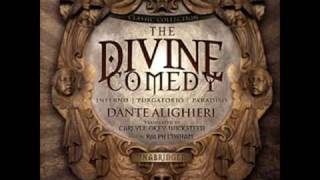 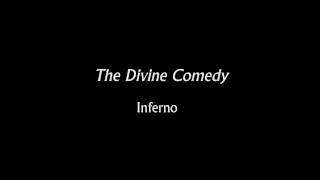 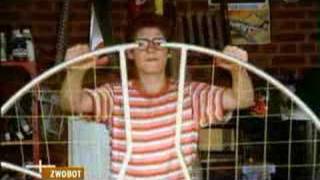 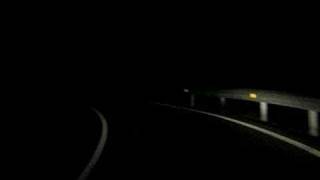 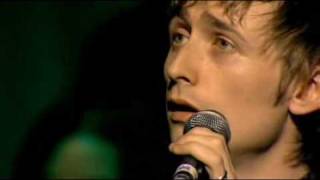 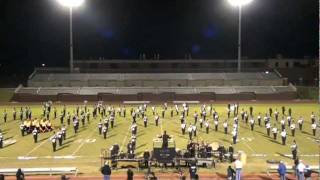 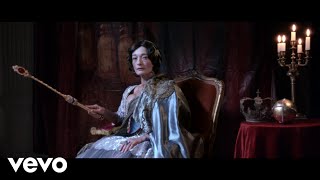