Suicide Silence was founded in 2002 at Riverside, California. At the time, it was a side project made up of musicians from other bands. Their first live show was performed locally in Riverside, with a line-up consisting of Chris Garza (guitar), Rick Ash (guitar), Mike Bodkins (bass), Josh Goddard (drums) and vocalists Mitch Lucker and Tanner Womack. Despite being fired soon after, Womack's vocals appeared on the band's 2003 Death Awaits demo.[2] After Death Awaits was completed, the band began recording a second demo, which was released in 2004 and contained the song "Stand Strong" with Lucker's vocals instead of Womack's. It was by this time, the band members began committing more time to Suicide Silence. Soon after, they recorded and released their first studio effort; a self-titled EP that was released in 2005. It was initially released by Third Degree Records, and later re-released in the UK through In at the Deep End Records.[3] 2006 marked the departure of drummer Josh Goddard, who was replaced by Alex Lopez (ex-guitarist for Blacheart Eulogy and The Funeral Pyre).

Following these events, the band signed with Century Media Records in 2006 and began work on a third demo, which contained three pre-production songs of what they had intended to be included on their then upcoming full-length album entitled The Cleansing. The album was written, recorded, and completed in 2007[4] and was mixed by Tue Madsen, produced by John Travis and features artwork by Dave McKean.[5][6] The album was released on September 18, 2007 and debuted at number 94 on the Billboard 200,[7] selling 7,250 copies in its first week of release.[8] The sales of that week ending combined with its later sales made The Cleansing one of the best-selling debut albums in Century Media history.[9] With the success of their debut album, Suicide Silence were included to take part in Mayhem Festival that took place during the summer of 2008. Afterward, they toured Europe with Parkway Drive and Bury Your Dead, following a successful US tour with the same bands. Suicide Silence then followed along with a tour in Australia with Parkway Drive, A Day to Remember and The Acacia Strain in mid-2008 during the time when they were included to perform at Sweat Fest. At this point, Suicide Silence was beginning to gain a wide range of fans throughout the world. While returning home from the continuous tours, the band covered the song "Engine No. 9" by Deftones, and released the cover on their limited edition Green Monster single as well as iTunes all during the same year.[10]

Shortly before embarking on Mayhem Festival in summer 2008, Suicide Silence's MySpace profile title read "Suicide Silence (Is writing a new album)", which was the first indication of ensuring the upcoming of their second album. On June 26, 2008, Mitch Lucker appeared on the Headbangers Ball blog podcast. In the interview, Lucker stated that the album would be recorded through tracks as opposed of being recorded live, such as The Cleansing. He also said the new album would "blow The Cleansing away." Machine was chosen by the band to be the producer of the album. The title for it was revealed as being No Time to Bleed.[11]

Suicide Silence began recording No Time to Bleed in February with production by acclaimed producer Machine and engineering by Will Putney.[12] During Music as a Weapon as well as the band's Cleansing the Nation tour, they began to perform the songs "No Time to Bleed", "Your Creations", "Lifted" and "Wake Up" months before the release of the album. In April they received the Revolver Golden God award for "Most Innovative Band" and performed at the awards show.[13] Suicide Silence were included on 2009's Pedal to the Metal tour, along with the bands Mudvayne, Static-X, Bury Your Dead, Dope and Black Label Society.[5] During the same year, the group was awarded the Golden God award for "Best New Talent".[14]

Suicide Silence released No Time to Bleed on June 30, 2009 through Century Media. The album peaked at No. 32 on the Billboard 200,[15] selling 14,000 copies in the first week in the United States alone.[16] The opening track from the album, "Wake Up" was released as a digital download-only EP which includes the original song, a live performance of it and a remix handled by Shawn Crahan of Slipknot. A music video was produced for the song as well and made its debut premiere on Fearnet.[17][18] "Genocide" was released as the album's second single. Its music video was created in collaboration with Bloody Disgusting and a remix for the song was featured in the Saw VI soundtrack.[19][20] Suicide Silence announced production for a music video for the song, "Disengage", of which was released as a single on April 20, 2010.[21] The video for it was released during June 2010.[22] The band played throughout the entire Warped Tour 2010[23] on the Altec Lansing Stage.[24] In October, the group began their first headlining tour in two years[25] with support from MyChildren MyBride, Molotov Solution, The Tony Danza Tapdance Extravaganza and Conducting from the Grave.[26]

By 2011, Suicide Silence began preparing their third full-length album in Big Bear, California, with Steve Evetts as the selected producer.[5][27] During March, the group performed at California's Metalfest, and a week later, Nevada's Extreme Thing festivals,[28] at both of these performances, the band confirmed that the new album would be titled The Black Crown.[29] Working titles for the album were "Cancerous Skies", "Human Violence" and "Fuck Everything".[30] When asked by Kerrang!, Lucker revealed that the album's lyrical themes would feature more of the personal topics that No Time to Bleed had in-concept rather than the anti-religious theme that The Cleansing held. Lucker explained "I still have the same beliefs and same views, but I'm more open to everything. At this point in my life, I don't see the good in making people hate you for something you say. This record [The Black Crown] is for everybody."[29] The song "Human Violence" premiered on radio station Liquid Metal on May 13, 2011.[31]The Black Crown was released on July 12, 2011 and sold over 14,400 copies in the United States alone during its first week of release, which had it debuting at position number 28 on the Billboard 200 chart.[8][32]

The group was included on the line-up for the fourth annual Mayhem Festival, again playing on the Extreme Stage with other metal acts including Machine Head, Trivium and All Shall Perish during July and August 2011.[33]

Founding member and vocalist Mitch Lucker died on November 1, 2012 at precisely 6:17 a.m.. It was announced by Orange County Coroners Office that he had suffered severe injuries incurred from a motorcycle accident. One report stated that Lucker crashed his motorcycle shortly after 21:00 on October 31.[34][35][36]

On December 21, 2012, a memorial show to benefit Kenadee Lucker's future education costs was held at the Fox Theater in Pomona, California. The show was titled "Ending Is the Beginning: Mitch Lucker Memorial Show"[37] as a reference to both an early song from the band (see Suicide Silence EP) as well as acknowledging the transitional period for the band following Lucker's death. The show itself featured the members of Suicide Silence performing songs from each of the bands releases with a different guest vocalist performing with the band for each song.[38] In addition to the memorial show, the band started the Kenadee Lucker Education Fund and continues to promote donations towards Mitch's daughter.[39][40] Hermida, who was best known for fronting All Shall Perish, became the new vocalist of Suicide Silence in 2013.

After nearly a year of inactivity, it was confirmed on October 2, 2013, that Suicide Silence would hire a new vocalist, Hernan "Eddie" Hermida of All Shall Perish. The band released a clip of their song "You Only Live Once" with Hermida on vocals.[41]

On October 23, 2013, the band announced on Facebook that they were writing new material via a picture captioned, "Feels good to be working on new music. More updates coming soon." Subsequently, on October 30, the band announced they would start recording their next album the following week. This would turn out to be the first Suicide Silence record without Mitch Lucker. On November 5, they announced the new album would be released early Summer 2014.

On December 16, 2013, the band released a trailer for Ending Is the Beginning: The Mitch Lucker Memorial Show, which was released on CD/DVD/Blu-ray on February 18, 2014. In an interview with Soundwave TV on February 22, 2014, vocalist Eddie Hermida stated that one of the songs on the new album would contain some of Mitch Lucker's final lyrics.[42]

On April 23, 2014, the band announced the title of their upcoming fourth album to be You Can't Stop Me, which was taken from the title of a song that Mitch Lucker had written before his death. The album was released on July 14 in the United Kingdom and July 15 in the United States.[43] On May 2, Suicide Silence announced that a song off their new album, You Can't Stop Me, "Cease to Exist" would be released as the first single off the album. The song was released on May 6, 2014, and performed live for the first time at Rock am Ring 2014 on June 6, 2014.[]

On October 6, 2015, Suicide Silence announced via their Facebook page they were going to be releasing a new EP on October 23, 2015 titled Sacred Words, featuring the eponymous track from You Can't Stop Me. It featured "Sacred Words" as well as various unreleased tracks, including 3 live tracks taken from a live performance at the Hungarian festival RockPart 2015.[44] The band also stated that they began working on a new album in 2016.[45]

On December 27, 2016, The band announced that their self-titled album, Suicide Silence, was released on February 24, 2017 via Nuclear Blast.[46] The first single "Doris", which had been performed live at Knotfest in 2016, was released on January 6, 2017, to scathing criticism from fans due to the perceived drastic stylistic shift.[47][48] The album became a notable departure from their established deathcore sound, instead pursuing a sound resembling nu metal, heavily influenced by 1990s acts such as Korn and Deftones. The album received mixed reviews from critics. About 4,650 copies were sold in its first week of sales, which was 69% less of first week sales than when their previous album You Can't Stop Me was released.[49]

Suicide Silence performs deathcore,[50][51][52] which is a fusion between death metal and metalcore.[53] They are influenced by black metal, grindcore, mathcore and groove metal.[54][55][56][57][58] The mathcore elements can be seen in the varied speed changes and complex time signatures in the band's music. The band's vocalist fluctuates between death growls used in death metal and high-pitched screamed vocals used in black metal.[58] The drumming is very fast-paced, grindcore influenced, and employs a liberal use of double bass drumming and blast beats.[59] In their self-titled album, the band widely incorporated clean vocals into their music, which was heavily influenced by nu metal.[60][61]

The band members themselves have stated that they are influenced from groups such as Meshuggah, Sepultura, Cannibal Corpse, Suffocation, Morbid Angel, Necrophagist, Napalm Death, Nile, Slipknot, Darkest Hour,[62]Deftones, Korn, Death, and Possessed.[63][64][65]

During an interview, lead guitarist Mark Heylmun stated that his biggest influences are Dimebag Darrell and George Lynch.[62] 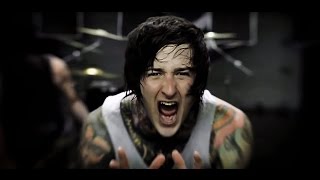 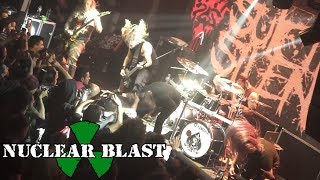 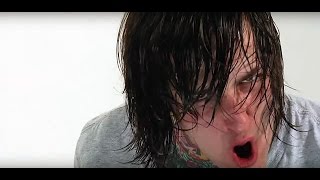 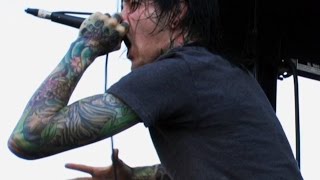 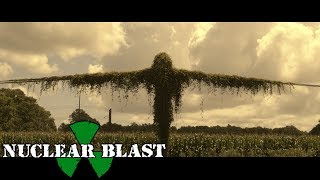 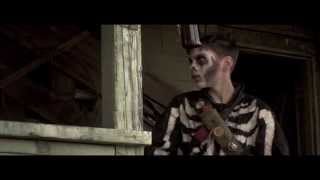 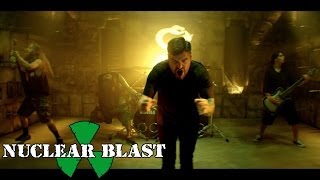 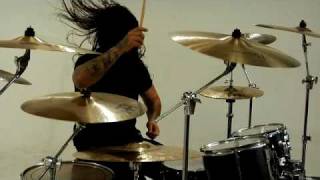 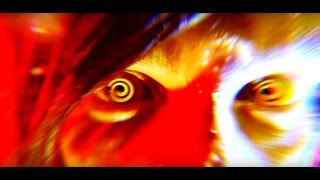 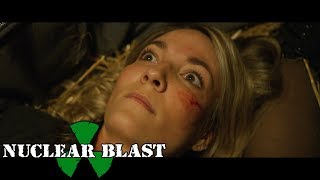 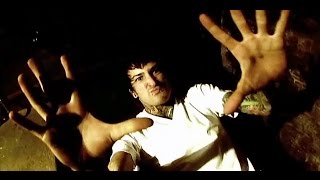 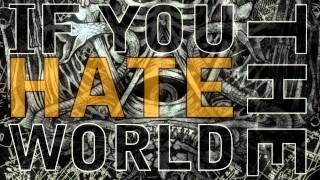 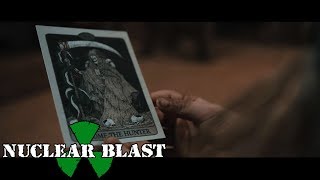 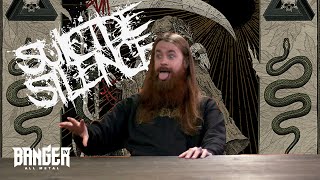 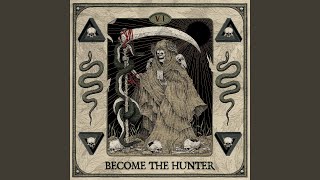 My HUGE Change of Heart!! | SUICIDE SILENCE - "You Only Live Once" (REACTION!!)
Watch   Add to List   Share 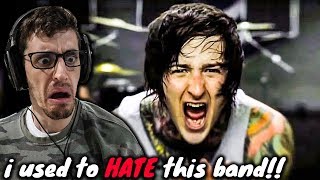 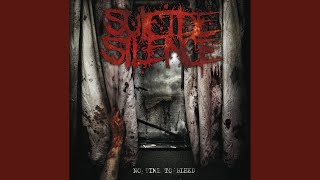 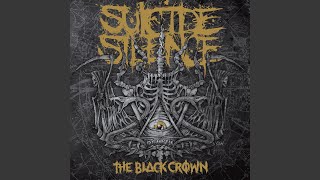