Springfield is a city in the U.S. state of Ohio and the county seat of Clark County.[7] The municipality is located in southwestern Ohio and is situated on the Mad River, Buck Creek, and Beaver Creek, approximately 45 miles (72 km) west of Columbus and 25 miles (40 km) northeast of Dayton. Springfield is home to Wittenberg University, a liberal arts college.

As of the 2010 census, the city had a total population of 60,608,[8] The Springfield Metropolitan Statistical Area had a population of 138,333 residents.[9] and the Dayton-Springfield-Greenville, OH Combined Statistical Area had 1,072,891 residents.[10] The Little Miami Scenic Trail, a paved rail-trail that is nearly 80 miles long, extends from the Buck Creek Scenic Trail head in Springfield south to Newtown, Ohio (near Cincinnati). It has become popular with hikers and cyclists.

In 1983, Newsweek magazine featured Springfield in its 50th-anniversary issue, entitled, "The American Dream." It chronicled the effects of changes of the previous 50 years on five local families. In 2004, Springfield was chosen as an "All-America City." In the 2010s, Springfield ranked low among cities in the state and nation for indicators such as health, happiness, and well-being.[11][12][13][14]

In the early 21st century, the Piqua Sept of the Ohio Shawnee Tribe placed a traditional sacred cedar pole in commemoration of the Peckuwe village site and their tribe. It is registered as a state historical marker. Today that site is within Springfield, located "on the southern edge of the George Rogers Clark Historical Park, in the lowlands in front of the park's 'Hertzler House'."[15][16]

Springfield was founded in 1801 by European-American James Demint, a former teamster from Kentucky. It was named for historic Springfield, Massachusetts. When Clark County was created in 1818 from parts of Champaign, Madison, and Greene counties, Springfield was chosen by the legislature over the village of New Boston (another village named after a New England predecessor) as the county seat, winning by two votes.[17]

Early growth in Springfield was stimulated by federal construction of the National Road into Ohio. Springfield was the terminus for approximately 10 years as politicians wrangled over its future path. Dayton and Eaton wanted the road to veer south after Springfield, but President Andrew Jackson, who took office in 1829, made the final decision to have the road continue straight west to Richmond, Indiana.[18]

During the mid-and-late 19th century, industry began to flourish in Springfield. Industrialists included Oliver S. Kelly, Asa S. Bushnell, James Leffel, P. P. Mast, and Benjamin H. Warder. Bushnell also constructed the Bushnell Building, naming it after himself.[19] Patent attorney to the Wright Brothers, Harry Aubrey Toulmin, Sr., wrote the 1904 patent here to cover their invention of the airplane. In 1894, The Kelly Springfield Tire Company was founded in the city.

At the turn of the 20th century, Springfield became known as the "Home City." It was a period of high activity by fraternal organizations, and such lodges as the Masonic Lodge, Knights of Pythias, and Odd Fellows built homes for orphans and aged members of their orders. Springfield also became known as "The Champion City," a reference to the Champion Farm Equipment brand, manufactured by the Warder, Bushnell & Glessner Company. In 1902 this company was absorbed into International Harvester. The latter operates today in Springfield as Navistar International, a manufacturer of medium to large trucks.

In 1902 A.B. Graham, then the superintendent of schools for Springfield Township in Clark County, established a "Boys' and Girls' Agricultural Club." Approximately 85 children from 10 to 15 years of age attended the first meeting on January 15, 1902, in Springfield, in the basement of the Clark County Courthouse. This was the start of what would soon be called the "4-H Club"; it expanded to become a nationwide organization, at a time when agriculture was a mainstay of the economy in many regions. (4-H stands for "Head, Heart, Hands, and Health").[20] The first projects included food preservation, gardening, and elementary agriculture. Today, the Courthouse still bears a large 4H symbol under the flag pole at the front of the building to commemorate its role in founding the organization. The Clark County Fair is the second-largest fair in the state (only the Ohio State Fair is larger), and the 4H has continued to be very popular in this area.

On March 7, 1904, over a thousand white residents formed a lynch mob, stormed the jail, and removed prisoner Richard Dixon, a black man accused of killing police officer Charles B. Collis. Dixon was shot to death and then hanged from a pole on the corner of Fountain and Main Street, where the mob shot his body numerous times. From there the mob rioted through the town, destroying and burning much of the black area. The events were covered by national newspapers and provoked outrage.[21] In February 1906, another white mob formed and again burned the black section of town, known as "the levee", as it was located in the flood-prone area near the river.[22] Sixty years later, Springfield was the first city in Ohio to elect a black mayor, Robert Henry.[23]

On February 26, 1906, there was another riot, the result of an altercation between a white man and a black man. The proceeding violence burned down a significant portion of the black neighborhood in Springfield and left nearly a hundred people homeless.[24]

The final riot took place in 1921, although relatively peaceful compared to the two prior. It was reported that there was in fact little to no rioting, and that other reports made by the New York Times of 14 people killed was in fact, incorrect.[25]

From 1916 to 1926, 10 automobile companies operated in Springfield. Among them were the Bramwell, Brenning, Foos, Frayer-Miller, Kelly Steam, Russell-Springfield, and Westcott. The Westcott, known as "the car built to last," was a six-cylinder four-door sedan manufactured by Burton J. Westcott of the Westcott Motor Car Company.

Westcott and his wife Orpha are now even better known for having commissioned architect Frank Lloyd Wright in 1908 to design their home at 1340 East High Street. The Westcott House, a sprawling two-story stucco and concrete house, has all the features of Wright's "prairie style," including horizontal lines, low-pitched roof, and broad eaves. Wright became world-renowned, and this is his only prairie-style house in the state of Ohio. In 2000 the property was purchased by the Frank Lloyd Wright Building Conservancy (based in Chicago.) As part of a prearranged plan, the house was sold to a newly formed local Westcott House Foundation. This Foundation managed an extensive 5-year, $5.3 million restoration, completed in October 2005. The landmark house is now open to the public for guided tours.

International Harvester (now Navistar International), a manufacturer of farm machinery and later trucks, became the leading local industry after 1856, when Springfield native William Whiteley invented the self-raking reaper and mower. International Harvester and Crowell-Collier Publishing were the major employers throughout most of the next century. Due to changing tastes, Crowell-Collier closed its magazines in 1957 and sold its Springfield printing plant.[26]

The decline in manufacturing and other blue-collar industries in the United States in the late 20th and early 21st centuries resulted in significant economic and population losses in Springfield. A 27% decrease in median income between 1999 and 2014 was the largest of any metropolitan area in the country.[27] Peaking at more than 82,000 in the 1960 census, the city population was estimated 58,877 in 2019.[4] Despite efforts by local politicians and business organizations, an economic recovery enjoyed by larger cities since the Great Recession has not included Springfield or other small cities in Ohio.[28]

In recent years, Springfield has attempted revitalization of the downtown area with several projects to stimulate residential housing, attract heritage tourism, and benefit the local economy. In 2019, the city began development on 34 new townhomes in downtown along Center Street, which will be named Center Street Townes.[29] The City of Springfield also voted to approve $3.3 million toward a new $7 million parking garage in downtown; it started construction in 2019.[30] Since 2000, notable downtown improvements that have been finished include the Ohio Valley Surgical Hospital,[31] Springfield Regional Medical Center,[32] Mother Stewart's Brewing Company,[33] the NTPRD Chiller Ice Arena,[34][35] and the demolition of several decaying structures. These buildings include the Arcue Building,[36] the Robertson Building,[37] and most of the Crowell-Collier building.

New revitalization projects have not been limited to the downtown region, however. Efforts have been made to try and revitalize the Upper Valley Mall for years, mostly falling short as anchor tenants such as JCPenney, Macy's and Sears have closed and 40 acres of the property was purchased by the Clark County Land Reutilization Corp. for $3 million in mid-2018.[38][39][40] Plans to re-purpose the property into a sports complex have been publicly announced by one of the tenants, however, challenges still remain due to Sears still owning much of the property that they anchored at and negotiations still ongoing.[41][42] Another major project for the city is the ongoing development of the Bridgewater neighborhood, which is the first significant housing development in the city of Springfield since the early 1990s. The construction project is estimated to bring over 230 new homes to the city. Utilities are currently being set up, and later in 2019, the roads will be paved. The development is estimated to take about four years to complete.[43] Much of the new housing development is attributed to trying to attract new jobs into the area, which has apparently paid off. In recent years, Springfield has benefitted tremendously from Speedway LLC having success, Navistar International having a resurgence in recent years, and companies like TopreAmerica Corp. and Silfex being introduced into the community.[44][45][46][47][48][49][50]

Springfield has a notably weakened economy due to many factors, but a key cause for degradation of the economy in Springfield has been the decline in manufacturing jobs. Between 1999 and 2014, Springfield saw the median income decreased by 27 percent, compared to just 8 percent across the country. In the 1990s, Springfield lost 22,000 blue collar jobs, which was the backbone of the city economy.[62] Today, Springfield largely relies on healthcare, manufacturing, transportation, leisure, education, financial institutions, and retail for employment.[63]

Also located in Springfield is the Global Impact STEM Academy, an early-college middle school and high school certified in Science, Technology, Engineering, and Mathematics curriculum.[65] It was founded in 2013.[65] Wittenberg University is a Lutheran university that was founded in Springfield in 1845. It is a four-year private liberal arts university. It has approximately 1800 students and a faculty of approximately 140. It is situated on a campus of one hundred and fourteen rolling acres, shaded by many majestic trees. It is one of the most highly rated liberal arts universities in the nation, offering more than seventy majors, which include those in the sciences as well as in the arts. Wittenberg has more than one hundred fifty campus organizations, which include ten national fraternities and sororities. It has its own WUSO radio station and newspaper. The University is best known for its music department and its athletic endeavors. Wittenberg is also distinguished by its active interdisciplinary programs such as East Asian Studies and Russian Area Studies. Recently majors in Management, Communication, and Education are also becoming popular. The University made significant renovations to its science facilities with the opening of the Barbara Deer Kuss Science Center in 2003.

The city is served by one daily newspaper, the Springfield News-Sun. The Wittenberg Torch is the newspaper of Wittenberg University, and WUSO-FM "The Berg" is its radio station. WEEC-FM radio, featuring Christian-based programming, is also located in the city.

The following are notable people born and/or raised in Springfield: 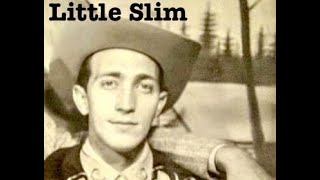 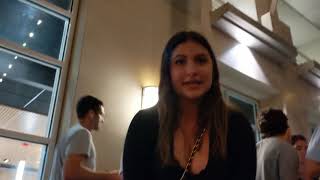 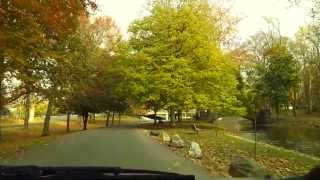 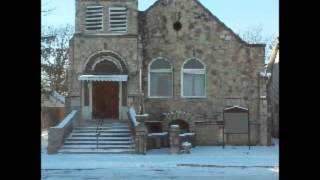 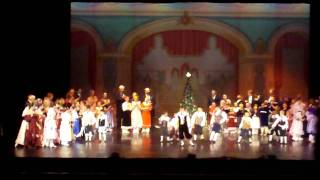 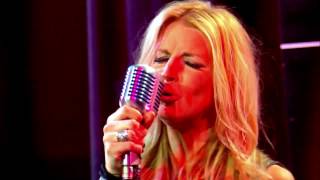 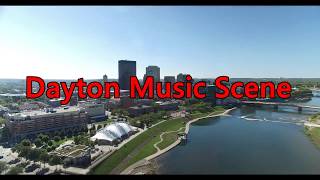 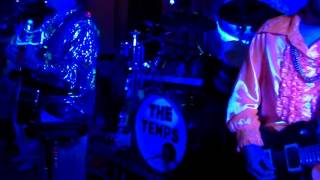 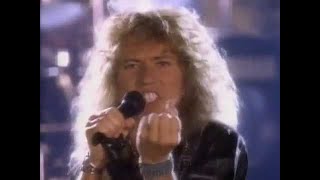 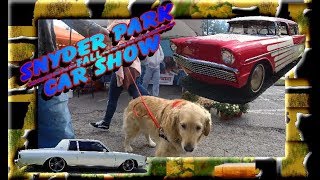 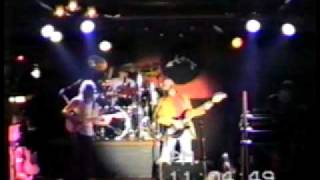 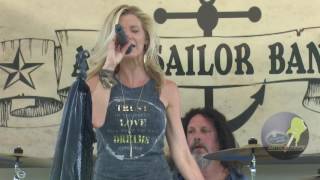 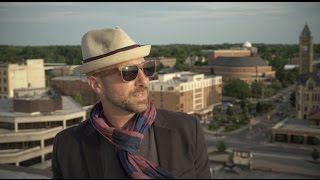 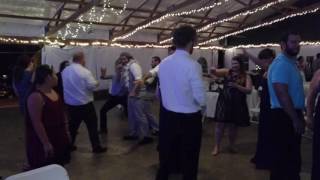 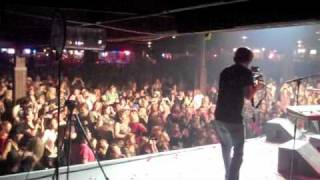 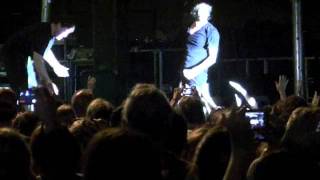 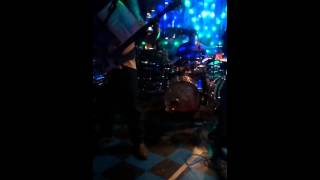 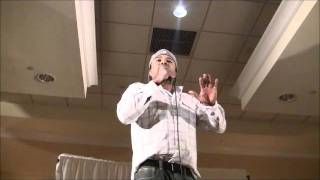 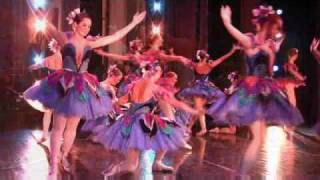