Southern rock is a subgenre of rock music and a genre of Americana. It developed in the Southern United States from rock and roll, country music, and blues, and is focused generally on electric guitar and vocals. Although the origin of the term Southern rock is unknown, "many people feel that these important contributors to the development of rock and roll have been minimized in rock's history."[1]

The heyday of Southern rock in the 1970s began with the 1973 release of the Allman Brothers Band's Brothers and Sisters album, with its major hit "Ramblin' Man", and other Southern inflected tunes like "Jessica" and "Pony Boy". This album was a departure from previous Allman Brothers work, which until the death of band leader Duane Allman in late October 1971 had been purely blues rock. Dickey Betts' song "Blue Sky", which had appeared on the 1972 Eat a Peach album, was the one song recorded during the Duane Allman era that could in retrospect be seen as bridge to Southern rock. Betts' ascension as band leader following the death of Allman and then Berry Oakley, the band's original bassist, turned the direction of the band -- and American pop music in general -- toward a more Southern-fried sound.

The Marshall Tucker Band was also known to incorporate jazz instruments such as the flute and saxophone into their jams. Other acts associated with the first wave of true Southern rock were Elvin Bishop, Wet Willie, The Charlie Daniels Band, Little Feat, ZZ Top and Lynyrd Skynyrd. In the early 1970s, another wave of hard rock Southern groups emerged. Their music emphasized boogie rhythms and fast guitar leads with lyrics extolling the values, aspirations - and excesses - of Southern working-class young adults, like the outlaw country movement. The music itself is heavily influenced by the late '60s electric rock music scene.

The 1990s also saw the influence of Southern rock. The Black Crowes, who were from Atlanta, Georgia, blended the sound of bands like Led Zeppelin and the Rolling Stones with the southern touch of the Allman Brothers Band. Additionally, alternative rock groups like Kings of Leon combine Southern rock with garage rock, alt-country, and blues rock. Several of the original early 1970s hard rock Southern rock groups are still performing today, such as Lynyrd Skynyrd, The Marshall Tucker Band, Molly Hatchet, ZZ Top, and Wet Willie. The members of the Allman Brothers Band decided to stop playing in 2014 and continue with different projects like Government Mule and the Tedeschi Trucks Band. Since about 2017 the Allman Betts Band with sons Devon Allman and Duane Betts of the original Allman Brothers Band members Gregg Allman and Richard C. (Dickey) Betts started touring, thus the baton has been passed to the next generation.

Rock music's origins lie mostly in the music of the American South, and many stars from the first wave of 1950s rock and roll such as Bo Diddley, Elvis Presley, Little Richard, Buddy Holly, Fats Domino, and Jerry Lee Lewis hailed from the Deep South. However, the British Invasion and the rise of folk rock and psychedelic rock in the middle 1960s shifted the focus of new rock music away from the rural south and to large cities like Liverpool, London, Los Angeles, New York City, and San Francisco. In the early 1960s, blues-rock founding father Lonnie Mack seamlessly blended a number of black and white roots-music genres within the framework of rock. Music historian Dick Shurman considers Mack's recordings from that era "a prototype of what later could be called Southern rock".[2] In the late 1960s, Blues rock bands such as Canned Heat (from Los Angeles), Creedence Clearwater Revival (from El Cerrito, California), and the Band (Canadian, though drummer Levon Helm was a native of Arkansas) were under the influence of Southern blues, boogie and country music.

The Allman Brothers Band, based in Macon, Georgia, made their national debut in 1969 and soon gained a loyal following. Their blues rock sound on one hand incorporated long jams informed by jazz and classical music, and on the other hand drew from native elements of country and folk. They were also contemporary in their electric guitar and keyboard delivery. [3] Gregg Allman commented that "Southern rock" was a redundant term, like "rock rock."[3]The Marshall Tucker Band, from Roebuck, South Carolina opened many of The Allman Brothers Band concerts and were creatively on par with The Allman Brothers Band, using elements of blues, country rock and blues rock in their music.[4][4][5] "Can't You See" and "Heard it in a Love Song" incorporated the flute into their music.

Loosely associated with the first wave of Southern rock were acts like Barefoot Jerry and Charlie Daniels from North Carolina. Charlie Daniels, a big-bearded fiddler with a knack for novelty songs, gave Southern rock its self-identifying anthem with his 1975 hit "The South's Gonna Do It", the lyrics of which mentioned all of the above bands, proclaiming: "Be proud you're a rebel/'Cause the South's gonna do it again." A year earlier, Daniels had started the Volunteer Jam, an annual Southern rock-themed concert held in Tennessee. The Outlaws from Tampa, Florida, brought bluegrass licks into their music.

Duane Allman's playing on the two Hour Glass albums and an Hour Glass session in early 1968 at FAME Studios in Muscle Shoals, Alabama had caught the ear of Rick Hall, owner of FAME. In November 1968, Hall hired Allman to play on an album with Wilson Pickett. Allman's work on that album, Hey Jude (1968), got him hired as a full-time session musician at Muscle Shoals and brought him to the attention of a number of other musicians, such as Eric Clapton, who later related how he heard Pickett's version of "Hey Jude" on his car radio and called Atlantic Records to find out who the guitarist was: "To this day," Clapton said, "I've never heard better rock guitar playing on an R&B record. It's the best."[6] Allman's performance on "Hey Jude" blew away Atlantic Records producer and executive Jerry Wexler when Hall played it over the phone for him. Wexler immediately bought Allman's recording contract from Hall and wanted to use him on sessions with all sorts of Atlantic R&B artists.

As Duane Allman's distinctive electric bottleneck steel sound began to mature, it evolved in time into the musical voice of what would come to be known as Southern Rock, being picked up and redefined in their own styles by slide guitarists that included bandmate Dickey Betts (after Allman's death), Rory Gallagher, Derek Trucks and Gary Rossington of Lynyrd Skynyrd. Duane Allman was killed by motorcycle accident in 1971.[7]

By the beginning of the 1980s, the Allman Brothers Band and Lynyrd Skynyrd had disbanded and Capricorn Records had gone bankrupt. Leading acts of the genre (in particular, 38 Special) had become enmeshed in corporate arena rock. With the rise of MTV, new wave, R&B and glam metal, most surviving Southern rock groups were relegated to secondary or regional venues. Bands such as Molly Hatchet, Outlaws, Georgia Satellites, Widespread Panic, Confederate Railroad, and Kentucky Headhunters emerged as popular Southern bands across the Southeastern United States during the 1980s and 1990s.

During the 1990s, the Allman Brothers reunited and became a strong touring and recording presence again, and the jam band scene revived interest in extended improvised music. Incarnations of Lynyrd Skynyrd also made themselves heard. Hard rock groups with Southern rock touches such as Jackyl renewed some interest in Southern rock.

The 1990s also saw the Black Crowes rise to mainstream popularity with the releases of Shake Your Money Maker (3x platinum), the Southern Harmony and Musical Companion (debut at #1 on the Billboard 200 and certified 2x platinum) and Amorica (certified Gold) Several bands from the Southern United States (particularly New Orleans with its metal scene)[10] such as Eyehategod,[11][12][13]Acid Bath, Soilent Green, Corrosion of Conformity[14] and Down,[15][16] influenced by the Melvins, mixed Black Sabbath-style metal, hardcore punk and Southern rock to give shape to what would be known as sludge metal.[17][18][19] Most notable sludge metal bands hail from the Southeastern United States.[20][21] Most bands who have tried this style have slipped out of mainstream popularity, but there are still a few who belong to the genre, such as Maylene and the Sons of Disaster, Pumpjack, Black Label Society and occasionally Hellyeah.

In 2005, singer Bo Bice took an explicitly Southern rock sensibility and appearance to a runner-up finish on the normally pop-oriented American Idol television program, with a performance of the Allmans' "Whipping Post" and later performing Skynyrd's "Free Bird" and, with Skynyrd on stage with him, "Sweet Home Alabama".

Southern rock currently plays on the radio in the United States, but mostly on oldies stations and classic rock stations. Although this class of music gets minor radio play, there is still a following for older bands like Lynyrd Skynyrd and the Allman Brothers play in venues with sizable crowds.[26]

Post-grunge bands such as Shinedown, Saving Abel, pre)Thing, Saliva, 3 Doors Down, 12 Stones, Default, Black Stone Cherry and Theory of a Deadman have included a Southern rock feel to their songs and have recorded cover versions of Southern rock classics like "Simple Man" and "Tuesday's Gone". Metallica has also covered "Tuesday's Gone" on their Garage Inc. album. Blues rock/stoner rock band Five Horse Johnson also have a southern rock influence in their sound.

Additionally, alternative rock groups such as Drive-By Truckers, the Bottle Rockets, Band of Horses, My Morning Jacket, Hester, State Line Mob, the Steepwater Band, Greasy Grapes and Kings of Leon combine Southern rock with rawer genres, such as garage rock, alt-country, and blues rock. Much of the old style Southern rock (as well as other classic rock) has made its transition into the country music genre, establishing itself along the lines of outlaw country in recent years. Southern rock influence can also be seen in the metal and hardcore punk genres.[27] This is showcased by such bands as Maylene and the Sons of Disaster, Rebel Meets Rebel, He Is Legend, Nashville Pussy, the Showdown, Alabama Thunderpussy, Every Time I Die, Cancer Bats, Clutch, Once Nothing, Memphis May Fire, Acid Bath, Down, and Of Mice & Men.

Newer bands like the Deadstring Brothers, Fifth on the Floor and Whitey Morgan and the 78's combine the Southern rock sound with country, bluegrass and blues. This has been propelled by record labels like Bloodshot Records and Lost Highway Records.[29] 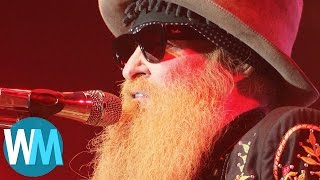