Example of Z-relation on two pitch sets analyzable as or derivable from Z17 (Schuijer 2008, 99), with intervals between pitch classes labeled for ease of comparison between the two sets and their common interval vector, 212320.

Set 3-1 has three possible rotations/inversions, the normal form of which is the smallest pie or most compact form

Musical set theory provides concepts for categorizing musical objects and describing their relationships. Howard Hanson first elaborated many of the concepts for analyzing tonal music (Hanson 1960). Other theorists, such as Allen Forte, further developed the theory for analyzing atonal music (Forte 1973), drawing on the twelve-tone theory of Milton Babbitt. The concepts of musical set theory are very general and can be applied to tonal and atonal styles in any equal temperament tuning system, and to some extent more generally than that.

One branch of musical set theory deals with collections (sets and permutations) of pitches and pitch classes (pitch-class set theory), which may be ordered or unordered, and can be related by musical operations such as transposition, melodic inversion, and complementation. Some theorists apply the methods of musical set theory to the analysis of rhythm as well.

Although musical set theory is often thought to involve the application of mathematical set theory to music, there are numerous differences between the methods and terminology of the two. For example, musicians use the terms transposition and inversion where mathematicians would use translation and reflection. Furthermore, where musical set theory refers to ordered sets, mathematics would normally refer to tuples or sequences (though mathematics does speak of ordered sets, and although these can be seen to include the musical kind in some sense, they are far more involved).

The fundamental concept of musical set theory is the (musical) set, which is an unordered collection of pitch classes (Rahn 1980, 27). More exactly, a pitch-class set is a numerical representation consisting of distinct integers (i.e., without duplicates) (Forte 1973, 3). The elements of a set may be manifested in music as simultaneous chords, successive tones (as in a melody), or both.[] Notational conventions vary from author to author, but sets are typically enclosed in curly braces: {} (Rahn 1980, 28), or square brackets: [] (Forte 1973, 3).

Some theorists use angle brackets ⟨ ⟩ to denote ordered sequences (Rahn 1980, 21 & 134), while others distinguish ordered sets by separating the numbers with spaces (Forte 1973, 60-61). Thus one might notate the unordered set of pitch classes 0, 1, and 2 (corresponding in this case to C, C♯, and D) as {0,1,2}. The ordered sequence C-C♯-D would be notated ⟨0,1,2⟩ or (0,1,2). Although C is considered zero in this example, this is not always the case. For example, a piece (whether tonal or atonal) with a clear pitch center of F might be most usefully analyzed with F set to zero (in which case {0,1,2} would represent F, F♯ and G. (For the use of numbers to represent notes, see pitch class.)

Some authors consider the operations of complementation and multiplication as well. The complement of set X is the set consisting of all the pitch classes not contained in X (Forte 1973, 73-74). The product of two pitch classes is the product of their pitch-class numbers modulo 12. Since complementation and multiplication are not isometries of pitch-class space, they do not necessarily preserve the musical character of the objects they transform. Other writers, such as Allen Forte, have emphasized the Z-relation, which obtains between two sets that share the same total interval content, or interval vector--but are not transpositionally or inversionally equivalent (Forte 1973, 21). Another name for this relationship, used by Howard Hanson (1960, 22), is "isomeric" (Cohen 2004, 33).

There are two main conventions for naming equal-tempered set classes. One, known as the Forte number, derives from Allen Forte, whose The Structure of Atonal Music (1973), is one of the first works in musical set theory. Forte provided each set class with a number of the form c-d, where c indicates the cardinality of the set and d is the ordinal number (Forte 1973, 12). Thus the chromatic trichord {0, 1, 2} belongs to set-class 3-1, indicating that it is the first three-note set class in Forte's list (Forte 1973, 179-81). The augmented trichord {0, 4, 8}, receives the label 3-12, which happens to be the last trichord in Forte's list.

The primary criticisms of Forte's nomenclature are: (1) Forte's labels are arbitrary and difficult to memorize, and it is in practice often easier simply to list an element of the set class; (2) Forte's system assumes equal temperament and cannot easily be extended to include diatonic sets, pitch sets (as opposed to pitch-class sets), multisets or sets in other tuning systems; (3) Forte's original system considers inversionally related sets to belong to the same set-class. This means that, for example a major triad and a minor triad are considered the same set.

Western tonal music for centuries has regarded major and minor, as well as chord inversions, as significantly different. They generate indeed completely different physical objects. Ignoring the physical reality of sound is an obvious limitation of atonal theory. However, the defense has been made that theory was not created to fill a vacuum in which existing theories inadequately explained tonal music. Rather, Forte's theory is used to explain atonal music, where the composer has invented a system where the distinction between {0, 4, 7} (called 'major' in tonal theory) and its inversion {0, 8, 5} (called 'minor' in tonal theory) may not be relevant.

The second notational system labels sets in terms of their normal form, which depends on the concept of normal order. To put a set in normal order, order it as an ascending scale in pitch-class space that spans less than an octave. Then permute it cyclically until its first and last notes are as close together as possible. In the case of ties, minimize the distance between the first and next-to-last note. (In case of ties here, minimize the distance between the first and next-to-next-to-last note, and so on.) Thus {0, 7, 4} in normal order is {0, 4, 7}, while {0, 2, 10} in normal order is {10, 0, 2}. To put a set in normal form, begin by putting it in normal order, and then transpose it so that its first pitch class is 0 (Rahn 1980, 33-38). Mathematicians and computer scientists most often order combinations using either alphabetical ordering, binary (base two) ordering, or Gray coding, each of which lead to differing but logical normal forms.[]

Since transpositionally related sets share the same normal form, normal forms can be used to label the Tn set classes. 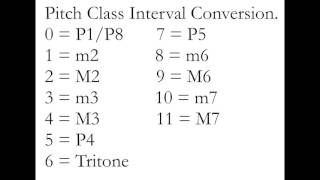 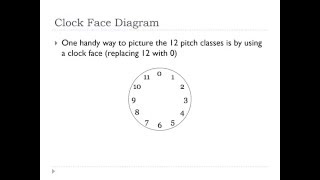 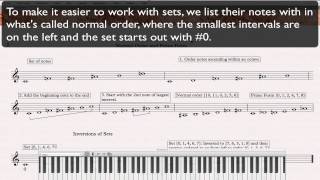 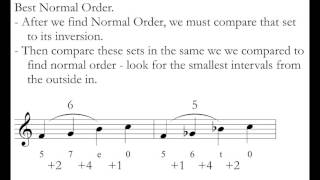 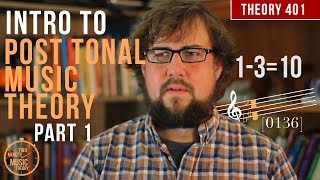 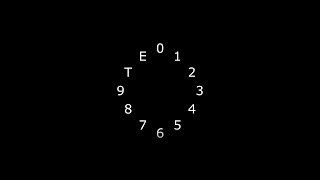 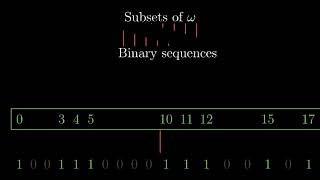 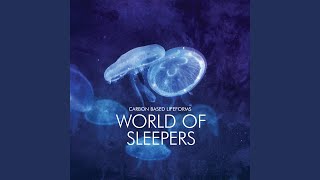 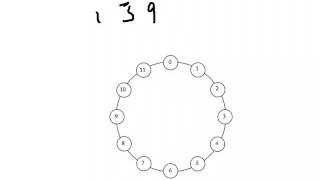 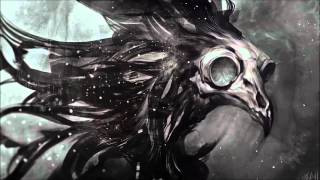 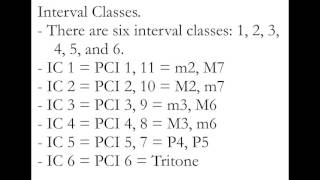 Aspects of Musical Composition 1: Using Set Theory to compose a duo for flute and guitar
Watch   Add to List   Share 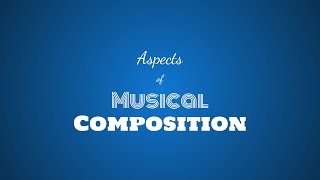 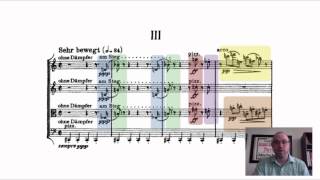 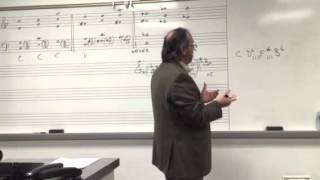 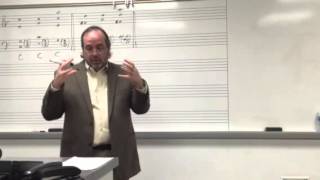 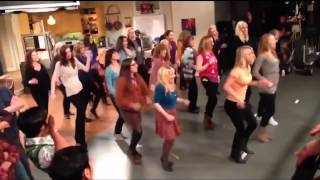 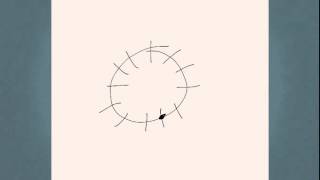 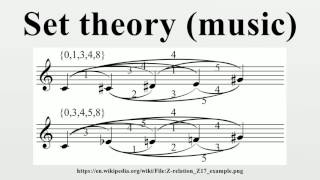 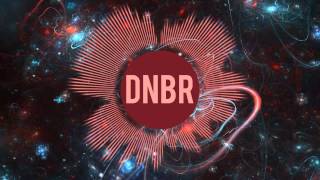 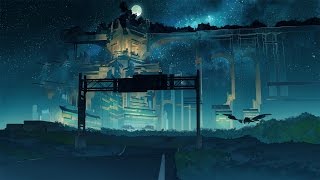