The serpent is a bass wind instrument that is a distant ancestor of the modern tuba.

The serpent is a wind instrument, descended from the cornett, and a distant ancestor of the tuba, with a low pitch and a mouthpiece like a brass instrument but side holes like a woodwind. It is a long cone bent into a snakelike shape, hence the name. The serpent is closely related to the cornett, although it is not part of the cornett family, due to the absence of a thumb hole. It is generally made out of wood, with walnut being a particularly popular choice. The outside is covered with dark brown or black leather. Despite wooden construction and the fact that it has finger holes rather than valves, it is usually classed as a brass instrument, due to the nature of the embouchure used to play it, and the Hornbostel-Sachs scheme of musical instrument classification places it alongside trumpets.

There is no real standard for the serpent's range, which varies according to the instrument and the player, but typically covers from around two octaves below middle C to at least half an octave above middle C, sometimes higher. The serpent usually has six holes, in two groups of three. On early models, the fingerholes were keyless, like those of a recorder. Later models added keys as on modern wind instruments, although they were for additional holes out of reach of the fingers, while the original holes remained unkeyed, and are covered or uncovered directly by the player's fingers, giving those instruments a wider range. The sound of a serpent is somewhat akin to a modern French horn or a euphonium, and it is typically played in a seated position, with the instrument resting upright on the player's thighs.

The instrument is claimed to have been invented by a clergyman named Edmé Guillaume in 1590 in Auxerre, France, and was first used to strengthen the sound of choirs in plainchant.[1] This date for the invention of the serpent did not appear until 1743 however, in Jean Lebeuf's "Mémoires Concernant l'Histoire Ecclésiastique et Civile d'Auxerre". Herbert Heyde asserts the serpent evolved from a type of bass cornett and was instead invented in Italy some time in the 16th century.[2]

Around the middle of the 18th century, the serpent began to appear in chamber ensembles, and later in orchestras and military bands. Mozart used two serpents[3] in the orchestra for his 1771 opera Ascanio in Alba, and later, Richard Wagner used a serpent in place of the contrabassoon in his opera Rienzi. The instrument also appears in operatic scores by Spontini and Bellini, but was more and more frequently replaced in the 19th century by the ophicleide, and later on by modern brass instruments such as the euphonium and tuba. Although not as popular as they were in the past, serpents are still made today by specialist instrument makers, and in modern usage the instrument is used from time-to-time in film scores, as well as in chamber ensembles that feature period instruments. Bernard Herrmann used a serpent in the scores of White Witch Doctor (1953) and Journey to the Center of the Earth (1959), as did Jerry Goldsmith in his score for Alien (1979).

Modern works for the instrument include Simon Proctor's 1987 "Serpent Concerto", which was commissioned to mark the first International Serpent Festival, Norman Bolter's work "Temptation" for serpent and string quartet, written for player Douglas Yeo and premiered at the 1999 International Trombone Festival in Potsdam, New York, and Luigi Morleo's "Diversità: NO LIMIT", a concerto for serpent and strings which premiered in Monopoli, Italy in 2012.[4][5][6] Comic composer Peter Shickele also wrote a novelty piece for the London Serpent Trio and vocal ensemble entitled "O Serpent" in 1989, under his pseudonym P.D.Q. Bach.[7] 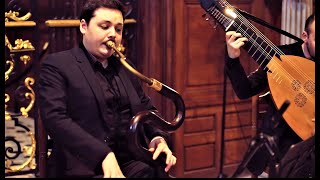 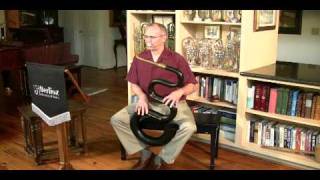 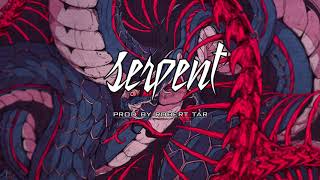 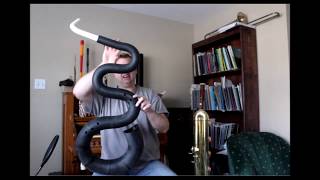 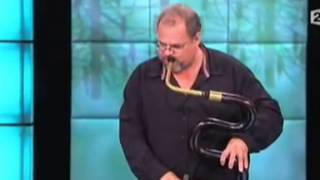 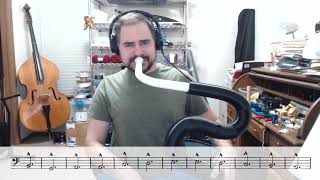 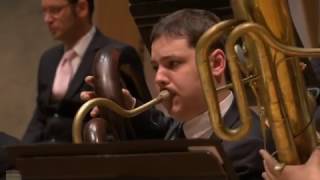 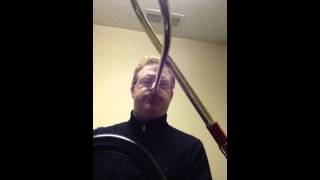 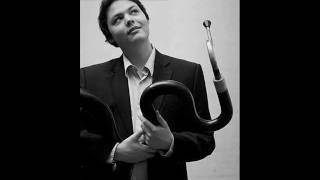 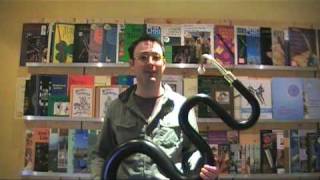 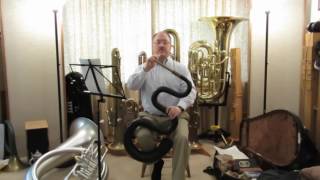 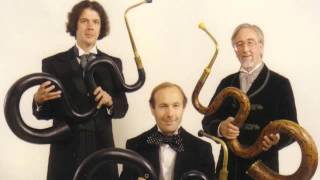 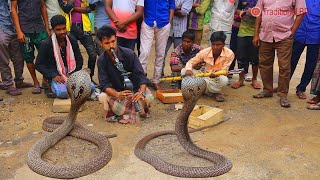 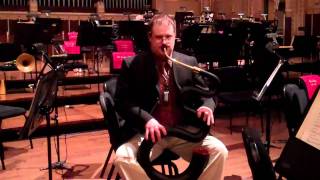 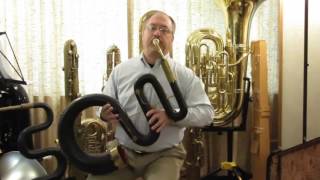 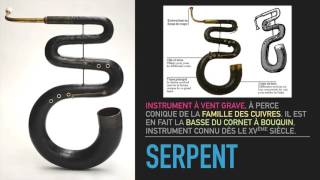 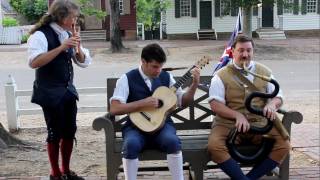 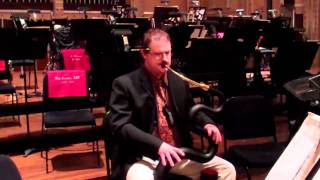 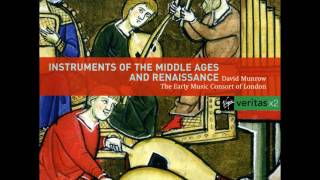 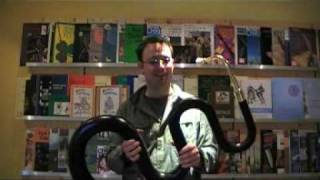