San Leandro (Spanish for 'Saint Leander') is a large suburban town in Alameda County, California, United States. It is located on the eastern shore of San Francisco Bay, between Oakland to the northwest and Hayward to the southeast.

The first inhabitants of the geographic region which would eventually become San Leandro were the ancestors of the Ohlone people, who arrived sometime between 3500 and 2500 BC. The smaller, Rancho San Leandro, approximately 9,000 acres (3,600 ha), was given to José Joaquín Estudillo in 1842. The larger, Rancho San Antonio, approximately 44,000 acres (18,000 ha) was given to another Spanish soldier Don Luis Maria Peralta in 1820. Beginning in 1855, two of Estudillo's sons-in-law, John B. Ward and William Heath Davis, laid out the town site that would become San Leandro, bounded by the San Leandro Creek on the north, Watkins Street on the east, Castro Street on the south, & on the west by the longitude lying a block west of Alvarado Street.[13][14] The city has a historic Portuguese American population dating from the 1880s when Portuguese laborers from Hawaii or from the Azores began settling in the city in and established farms and businesses. By the 1910 census, they had accounted for nearly two-thirds of San Leandro's population.[15]

In 1856 San Leandro became the county seat of Alameda County, but the county courthouse was destroyed there by the devastating 1868 quake on the Hayward Fault. The county seat was then re-established in the town of Brooklyn (now part of Oakland), California in 1872.

During the American Civil War, San Leandro and its neighbor, Brooklyn, fielded a California militia company, the Brooklyn Guard.

San Leandro was one of a number of suburban cities built in the post-World War II era of California that had restrictive covenants, which barred property owners in the city from selling properties to African Americans and other minorities. As a result of the covenant, In 1960, the city was almost entirely white (99.3%), while its neighbor city of Oakland had a large African American population.[16] The United States Supreme Court, in Shelley v. Kraemer, later declared such covenants unenforceable by the state. San Leandro was an 86.4% white-non Hispanic community according in the 1970 census.[16] The city's demographics began to diversify in the 1980s.[17] By 2010, Asian Americans had become a plurality population in San Leandro, with approximately one third of the population, with non-Hispanic Whites accounting for 27.1% of the population.[18]

The San Leandro Hills run above the city to the northeast. In the lower elevations of the city, an upper regionally contained aquifer is located 50 to 100 feet (15 to 30 m) below the surface. At least one deeper aquifer exists approximately 250 feet (75 m) below the surface. Some salt water intrusion has taken place in the San Leandro Cone. Shallow groundwater generally flows to the west, from the foothills toward San Francisco Bay. Shallow groundwater is contaminated in many of the locales of the lower elevation of the city. Contamination by gasoline, volatile organic compounds and some heavy metals has been recorded in a number of these lower elevation areas.[19][20]

The trace of the Hayward Fault passes under Foothill Boulevard in San Leandro. Follow the link in the reference to see a series of photos of the fault cutting the asphalt between 1979 and 1987.[21] San Leandro has long been home to many food processing operations, and is home to many corporate businesses such as JanSport, The North Face, Ghirardelli, OSIsoft, and a Coca-Cola plant. Maxwell House operated a coffee roasting plant, where the Yuban brand was produced, from 1949 until 2015, when it was closed as part of a cost-cutting plan instituted by parent company Kraft Foods.[26] The city has five major shopping centers, the Bayfair Center, Westgate Center, Greenhouse Shopping Center,[27] Marina Square Center,[28] and Pelton Plaza.[29]Lucky's flagship store opened in San Leandro.

Under San Leandro Mayor Stephen H. Cassidy, the city set the goal in 2012 of "becoming a new center of innovation in the San Francisco Bay Area."[30] San Leandro came "out of the downturn like few places around, attracting tech startups, artists and brewers to a onetime traditional industrial hub."[31]

In January 2011, Cassidy and Dr. J. Patrick Kennedy, a San Leandro resident, and president and founder of OSIsoft, one of the city's largest employers, "began developing the public-private partnership that would become Lit San Leandro,"[32] a high speed, fiber optic broadband network. In October 2011, the city approved the license agreement that allowed the installation of the fiber-optic cables in the existing conduits under San Leandro streets.[33] In 2012, San Leandro was awarded a $2.1 million grant from the U.S. Economic Development Administration to add 7.5 miles to the network.[34] By 2014, the network expansion was completed bringing the total length of fiber in the city to over 18 miles.[35] The network is capable of transmitting at up to 10Gbit/s and is currently only available to business users.[36]

The Zero Net Energy Center, scheduled to open in 2013, is a 46,000 square foot electrician training facility created by the International Brotherhood of Electrical Workers Local 595 and the Northern California chapter of the National Electrical Contractors Association. Training will include energy efficient construction methods, while the facility will operate as a zero-energy building.[37][38]

According to the San Leandro's 2015 Comprehensive Annual Financial Report,[39] the top employers in the city are:

Student enrollment declined in San Leandro and statewide in the late 1970s through the mid 1980s. In California, public schools receive their financing from the state based on the number of students. As a result of declining enrollment and corresponding decreases in state funds, both the San Leandro and San Lorenzo school districts were forced to close schools in the 1980s.

The San Leandro school district could not afford to operate two comprehensive high schools given the decline in enrollment. Amid much controversy, the school board voted to close Pacific High School, which graduated its last class in 1983. Those who wished to keep Pacific High School open cited the fact that it was a much newer facility and handicap accessible, with a more modern football field. Those who were in favor of retaining San Leandro High School maintained that it was a larger campus and therefore had more room to house both school populations; but planned on using Marina High School as a buffer. Through failed dealings and negotiations with the San Lorenzo Unified School District, Marina closed its doors shortly after leaving the City of San Leandro with only 1 high school instead of 3.[]

In 1989, the San Leandro school district sold the property on which Pacific High School was located and the site was developed into the Marina Square Shopping Center. The school's adjacent football field, Burrell Field, and baseball fields were retained. In 2012, the voters of San Leandro approved the Measure M $50 million construction bond for the renovation of Burrell Field and the baseball fields.

In 2018, the California State Department of Education selected James Madison Elementary as one of 21 elementary schools across Alameda County, and the only school in San Leandro, as a 2018 California Distinguished School.[42]

San Leandro High School is home to such academic programs as the Business Academy, Social Justice Academy, and San Leandro Academy of Multimedia (SLAM). One of the award-winning national programs located in San Leandro is Distributed Education Clubs of America (DECA), an association for marketing students. In 2007, six students from San Leandro High School won in their competitive events and won a slot to compete in Orlando, Florida on April 27, 2007.

In 2018, the College Board Advanced Placement named the San Leandro Unified School District a District of the Year for being the national leader among medium-sized school districts in expanding access to Advanced Placement Program (AP) courses while simultaneously improving AP Exam performance. The San Leandro Unified School District was one of 447 school districts across the U.S. and Canada that achieved placement on the annual AP District Honor Roll.

From this list, three AP Districts of the Year were selected based on an analysis of three academic years of AP data. SLUSD was chosen for the 'medium' district population size, which is defined as having between 8,000 and 49,999 students. SLUSD was the only district in the state and only three in the nation who were honored with this recognition.[43] San Leandro is a charter city with a Mayor-Council-Manager form of government.[44] The interim City Manager is Fran Robustelli.

San Leandro is served by the Interstate 880, 580 and 238 freeways connecting to other parts of the Bay Area. East 14th Street is a major thoroughfare in downtown and continues towards East Oakland and Hayward. Davis Street is also another major street that intersects East 14th Street in downtown before heading towards the San Francisco Bay. Public transportation is provided by the Bay Area Rapid Transit BART District with the San Leandro and Bayfair stations servicing the city. San Leandro LINKS provides free bus shuttle service for the western part of the city to the San Leandro BART station and AC Transit is the local bus provider for the city. A senior-oriented local bus service, Flex Shuttle, also operates within the city, as does East Bay Paratransit, which provides shuttle type transportation to residents with disabilities.

The San Leandro Marina, which contains group picnic areas and trails, as well as docking facilities, is part of the San Leandro Shoreline Recreation Area.[50] In addition to Marina Park, the City of San Leandro maintains and services 16 other parks throughout the city, all of which are available for use by residents and visitors alike. The Department of Recreation and Human Services for the City of San Leandro also staffs and maintains the Marina Community Center, the San Leandro Senior Community Center and the San Leandro Family Aquatic Center. Adjacent Lake Chabot Regional Park is popular for its scenic hiking trails, camping, and fishing. At the Fairmont Ridge Staging Area of the park is the Children's Memorial Grove, which consists of an Oak grove and a stone circle, with annual plaques listing the names of all children who have died as a result of violence in Alameda County.[51]

San Leandro is twinned with the following cities:[58] 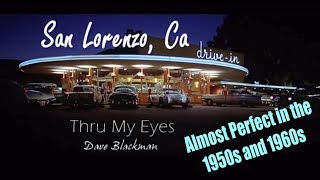 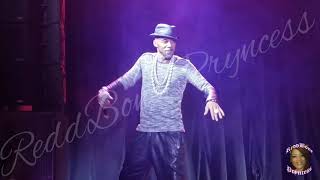 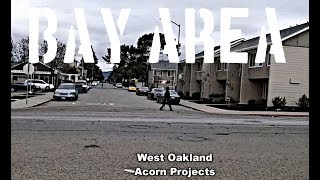 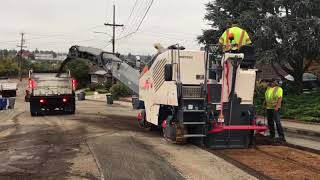 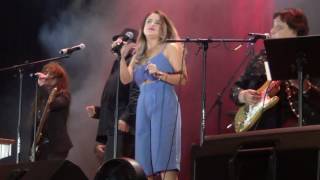 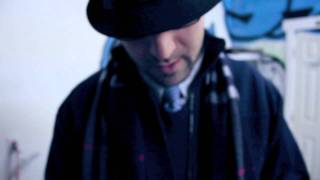 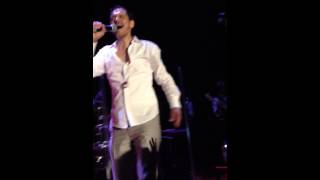 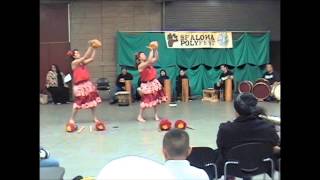 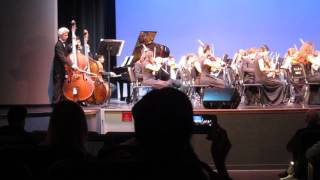 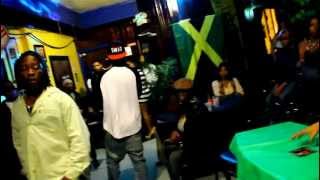 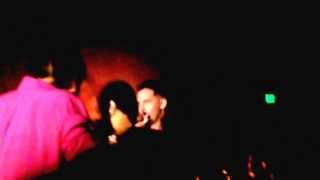 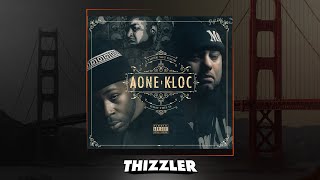 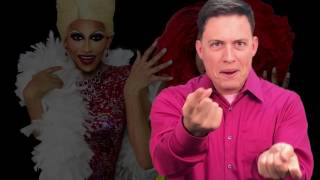 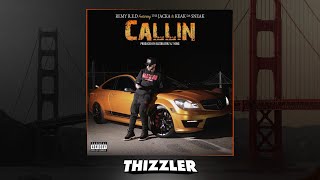 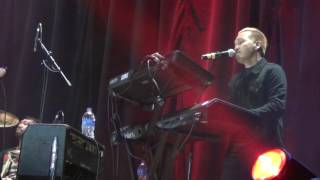 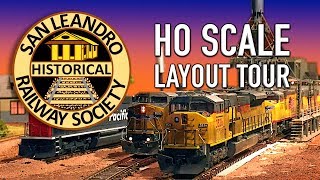 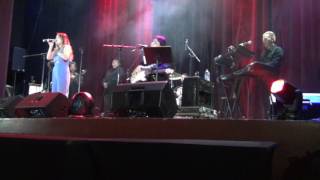 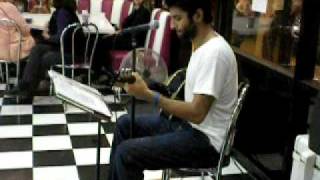 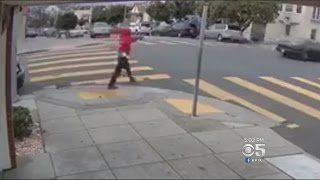