Ruston is a small city and the parish seat of Lincoln Parish, Louisiana, United States.[3] It is the largest city in the Eastern Ark-La-Tex region. As of the 2010 United States Census, the population was 21,859, reflecting an increase of 6.4 percent from the count of 20,546 counted in the 2000 Census.[4] Ruston is near the eastern border of the Ark-La-Tex region and is the home of Louisiana Tech University. Its economy is therefore based on its college population. Ruston hosts the annual Peach Festival.

Ruston is the principal city of the Ruston Micropolitan Statistical Area, which includes all of Lincoln Parish.

During the Reconstruction Era following the Civil War, word soon reached the young parish near what is now Ruston, that the Vicksburg, Shreveport, and Pacific Railroad would begin to run across north Louisiana, linking the Deep South with the West (the current operator is Kansas City Southern Railway). Robert Edwin Russ, the Lincoln Parish sheriff from 1877-1880, donated 640 acres (2.6 km2) to the town and this area was eventually known as Ruston (shorthand for Russ town).[5]

In 1883, commercial and residential lots were created and sold for $375 apiece; and soon the sawing of lumber and clacking of hammers could be heard throughout the area.

As the town began to take shape, new churches, businesses, civic organizations and schools were being established. Cotton farming fueled the economy. In 1900 a second railroad, running north and south, was built through Ruston (the operator before the tracks were removed was Chicago, Rock Island and Pacific Railroad). This brought even more business and industry to the area and the population continued to provide a foundation for the local economy. By the time the U.S. entered World War I in 1917, Ruston was established as a center for learning, a place of civic pride and as an area of economic prosperity throughout the region.

1938 also exposed a dark side of Ruston for which it received national attention[6] when an African-American teenager named R.C. Williams was lynched in one of the most brutal attacks of its type in many years.[7] 19 year old Williams was accused by a mob of vigilantes of killing a white man and assaulting a white woman, although it was later determined to be highly unlikely that Williams was guilty of these, or any other crimes.[8] The vigilantes captured Williams and after torturing him with red-hot pokers (castration was also suspected)[9] and shooting him numerous times, he was hung from a tree. Although a local sheriff tried to stop the mob, they then threatened the sheriff with his own life, and the lynching continued. A grand jury of all white men later cleared all of the perpetuators of any wrong doing. The crime had a significant and long lasting impact on state and national politics, and can be directly related to the rise of segregationist demagoguery in the south.[10]

Ruston grew steadily during the post-World War II years. The GI Bill of Rights sent war veterans to college, helped to fuel the local economy, brought growth to the two local universities, Louisiana Tech University and nearby historically black Grambling State University, and new families moved into Lincoln Parish. By the middle 1960s, Interstate 20 passed through the northern part of Ruston. This major interstate highway made Ruston more easily accessible, much as the railroad had done a century earlier. In the 1980s, the state of Louisiana economy declined as the oil industry went into a recession.

Ruston, however, continued growing steadily because of the rapid expansion of Louisiana Tech. The city also had its centennial celebration during this decade, and emphasis was placed on revitalizing the historic downtown district. A joint effort between the city and the Louisiana Main Street Program and the Louisiana Department of Historic Preservation brought forth beautification projects to rehabilitate the downtown district, and helped draw the community closer to its roots. More than fifteen buildings have been placed on the National Register of Historic Places.

The city has a new general aviation airport to serve existing business and industry, and the timber, poultry and cattle industries continue to expand.

The Arkansas Southern Railroad Company (ASRR), that became the Chicago, Rock Island and Pacific Railway (CRI&P), built a station named Chautauqua, north of Ruston that became part of the town.[11][12] Most cultural activities are offered through Louisiana Tech. Also there are shops downtown, chain restaurants in the city, and an eight-screen Celebrity Theater. Other university-based opportunities exist at Grambling (6 miles from Ruston) and Monroe (35 miles away). The Louisiana Tech University Arboretum interests many visitors.

Early in 2007, the city initiated a blueprint for future growth and development of the Ruston area. Known as "Ruston 21", the plan will evaluate the assets of the community and the ways to achieve goals. It will look citywide at residential development and neighborhoods, recreation planning, transportation issues, economic development, infrastructure concerns, quality of life, and working collaboratively with Louisiana Tech University.

Opened in 1928, the historic Dixie Theater serves as the visual and performing arts hub of Ruston as it houses the North Central Louisiana Arts Council, Piney Hills Gallery, Ruston Community Theatre, Ruston Civic Symphony Society, Troupe Dixie, independent film screenings, dance recitals, and music concerts.[16] Celebrity Theatres, an eight-screen movie theater with digital projection and sound with 3D capabilities and stadium seating in all auditoriums, opened in Ruston in 2006.[17] On campus at Louisiana Tech, Howard Auditorium and Stone Theatre serve as the university's home for the performing arts, and Louisiana Tech is home to two visual art galleries including the E. J. Bellocq Gallery and the Louisiana Tech Art Gallery.

Ruston is located in the heart of North Louisiana, known as the Sportsman's Paradise, where outdoor activities like hunting and fishing are popular for residents. Located on the Louisiana Tech campus, Garland Gregory Hideaway Park has a seven-acre lake for fishing and canoeing, walking/running trails, pavilions, grills, ropes course, and an 18-hole frisbee golf course.[21] The North Louisiana Exhibition Center hosts rodeos, barrel races, horse and livestock shows, roping events, and antique car and tractor shows in Ruston.[22]

Until the 1940s, most area peach farming had been done on a small-scale family basis. In 1947, area peach growers organized the Louisiana Fruit Growers Association and held the first festival four years later on June 27-28, 1951. On that occasion, Justin Wilson, the popular south Louisiana chef and Cajun humorist entertained the audience at Howard Auditorium on the Louisiana Tech campus. Then State Senator Dudley J. LeBlanc of Abbeville in Vermilion Parish, the promoter of the patent medicine known as Hadacol, was invited to crown the first Peach Festival Queen, Ann Colvin of Bernice in Union Parish.[27]

The festival sponsors races of 5K and 1M and a tennis tournament played on the Louisiana Tech courts.[27]

Railroad Fest is an annual makers, music, and culture festival held in Downtown Ruston each April since 2017.[28] The Makers Fair is held at the Historic Ruston Fire Station, and live music is performed at the amphitheater at Railroad Park.

Lorraine Nobles Howard Education Center, known as Howard School, is an alternative school for the residents of the Louisiana Methodist Children's Home in Ruston.[30]

The Ruston Daily Leader is the newspaper serving Ruston and the rest of Lincoln Parish since 1894. The Daily Leader is published Sunday morning and Monday through Friday afternoons. Louisiana Tech University is served by several publications including The Tech Talk, the independent Louisiana Tech student newspaper that reports on local, state, and national issues in addition to campus news. The only AM radio station based in Ruston is KRUS 1490, a gospel music station.

The 527th Engineer Battalion (Triple Alpha) ("Anything, Anytime, Anywhere") is headquartered in Ruston. This battalion is part of the 225th Engineer Brigade of the Louisiana National Guard. 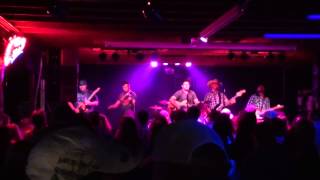 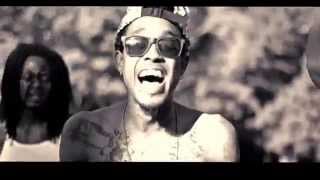 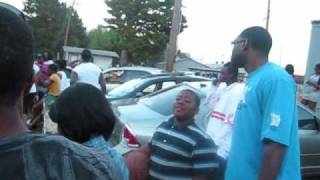 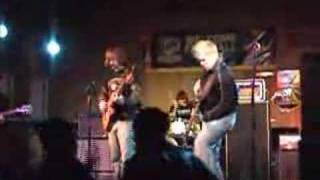 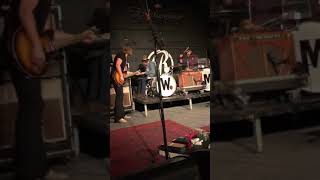 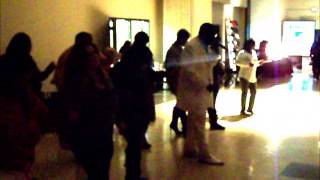 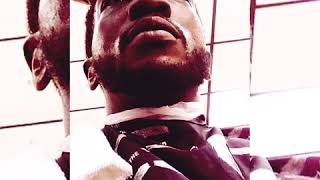 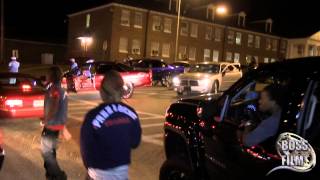 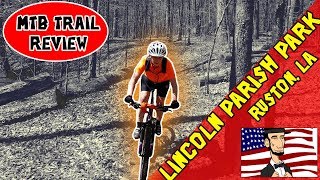 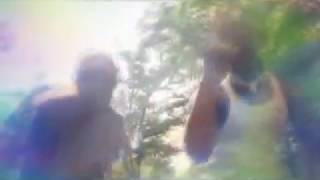 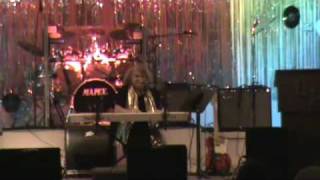 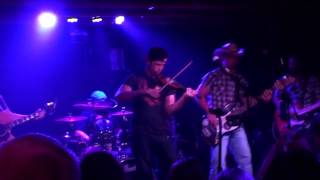 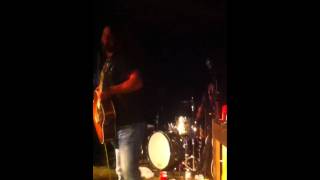 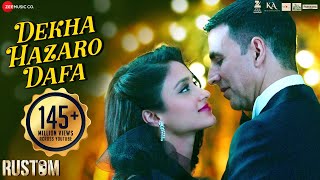 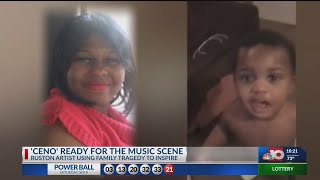 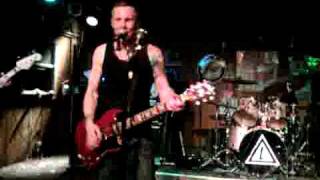 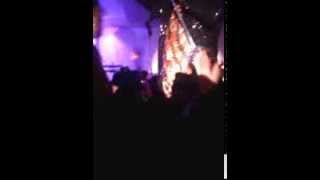