The Royal Conservatory of Music, branded as The Royal Conservatory, is a non-profit music education institution and performance venue headquartered in Toronto, Ontario, Canada. It was founded in 1886 by Edward Fisher as The Toronto Conservatory of Music. In 1947, King George VI incorporated the organization through royal charter. Its Toronto home was designated a National Historic Site of Canada in 1995, in recognition of the institution's influence on music education in Canada.[1][2] Tim Price is the current Chair of the Board,[3] and Peter Simon is the President.[4]

The original home of The Toronto Conservatory of Music in 1886 The Toronto Conservatory of Music at southwest corner of College Street and University Avenue, c. 1897 The Royal Conservatory of Music on Bloor Street West in 2011

The conservatory was founded in 1886 as The Toronto Conservatory of Music and opened in September 1887, located on two floors above a music store at the corner of Dundas Street (Wilton Street) and Yonge Street (at today's Yonge Dundas Square).[5] Its founder Edward Fisher was a young organist born in the United States.[6] The conservatory became the first institution of its kind in Canada: a school dedicated to the training of singers and musicians, and also to instilling a love of music in young children.[7] In its first year, it hired Italian musician and composer Francesco D'Auria to teach at the conservatory.[8]

The conservatory's initial intake was just over 100, and by its second quarter this number had grown to nearly 300 as its reputation quickly spread.[9] In 1897, the organization purchased a new property at College Street and University Avenue (now site of Ontario Power Building) to accommodate its rapid expansion. From its earliest days, it was affiliated with the University of Toronto with the purpose of preparing students for degree examinations[9] and shared its premises with the University of Toronto, Faculty of Music from 1919.

Toronto College of Music and Canadian Academy of Music

The period between 1918 and 1924 witnessed a series of mergers among music conservatories in Toronto. The Toronto College of Music was founded in 1888 by conductor F.H. Torrington, and became the first music conservatory affiliated with the University of Toronto. After Torrington's death in 1917, the school merged with the Canadian Academy of Music in 1918.[10] The Academy itself had been founded in 1911 by Albert Gooderham, who financed the school out of his own personal fortune and served as the school's only president during its 13-year history. The Academy, in turn, merged into the Toronto Conservatory of Music in 1924.[11]

Glenn Gould - arguably the conservatory's most outstanding pupil - studied theory, organ, and piano, graduating at the age of 12 in 1946 with an ARCT diploma of the highest honours.[12]

During Ettore Mazzoleni's term as principal (1945-68), the conservatory grew rapidly. Mazzoleni had been director of the Conservatory Orchestra since 1934. Two other prominent figures who contributed to the achievements of this period were chairman of the board Edward Johnson (who served from 1947 to 1959) and Arnold Walter, who was appointed director of the new Senior School in 1946. The Senior School offered a two-year program with professional performance training combined with related courses in theory and history. The initial success of the project gave rise to a three-year program leading to an Artist Diploma, as well as the conservatory's Opera School (begun in 1946), which provided training in all aspects of opera production. These developments led to the creation of the Royal Conservatory Opera Company, which went on to become the Canadian Opera Company in 1959.

With space now a major problem, the University of Toronto sold the College Street property to Ontario Hydro in 1962 (demolished to make way for the Ontario Power Building in 1975), and the conservatory moved to 273 Bloor Street West, the original site of McMaster University or McMaster Hall as well as Castle Memorial Hall. The concert and recital halls of the College Street site were only partially replaced in the move, and the library, residence, and all three pipe organs were lost.[]

The conservatory was governed by the University of Toronto from 1963 until 1991, at which time it became a wholly independent institution again, taking control of its building and diverse music programs.[7] Peter Simon was appointed president of the conservatory.[13]

Also in 1991, the conservatory developed a master plan to renovate its historic building and expand it with the construction of new facilities on the same site. The plan was carried out by Kuwabara Payne McKenna Blumberg Architects (KPMB) in stages, initially with the 1997 renovation of Mazzoleni Concert Hall in the historic Ihnatowycz Hall.[14] The plans for this renovation are held at the Canadian Centre for Architecture in Montreal[15]. The new construction is named the TELUS Centre for Performance and Learning and features academic and performance spaces; the acoustically sound, 1,135-seat Koerner concert venue; studios; classrooms; a new-media centre; a library; and a rehearsal hall.[16] During the renovations, the conservatory temporarily moved to the former location of the Toronto District School Board's Ursula Franklin Academy in the Dufferin and Bloor West area.[17][18] In September 2008, the conservatory returned to a newly renovated and expanded headquarters at 273 Bloor Street West near Avenue Road. Koerner Hall opened on 25 September 2009, beginning a new age of large-scale performances at The Royal Conservatory.[19]

The original building, McMaster Hall, was renamed Ihnatowycz Hall in 2005,[20] in reference to the contribution of alumni Ian Ihnatowycz and Marta Witer.[20] The designation of this site as a heritage building required that the majority of the original materials and formal qualities be maintained while complying with the building code. The original brickwork was maintained: decorative red brick, Medina sandstone, and polished granite.[21] The imposing manner of the building demonstrates the prominent form of the building.[22]

The Royal Conservatory is a not-for-profit organization offering a wide range of arts programs.[23]

This is the division of The Royal Conservatory that sets and supports standards in music examinations across Canada and internationally.[24] The organization conducts 100,000 examinations annually in over 300 communities around the world.

Examinations are conducted three or four times each year in more than 300 communities through a network of local centres. The Certificate Program encompasses all levels and spans 11 grades: from beginner to certification as an Associate of The Royal Conservatory of Music (ARCT), to certification as a Licentiate of The Royal Conservatory of Music (LRCM).[25]

The Frederick Harris Music Co. Limited, is the oldest and largest print-music publisher in Canada.

Frederick Harris (1866-1945) devoted his life to music publishing. He began his career in England working for a large music publishing firm. In 1904, he set up his own business in London and in 1910, established a Canadian office in Toronto - marking the beginning of a long association with The Royal Conservatory that led to an increased emphasis on publications for teaching and learning.[30] In 1944, the company was donated to the conservatory with profits to be used for its own purposes. [9]

A centre for professional training in classical music performance at the postsecondary and postbachelor levels, The Glenn Gould School was established in 1987. Originally called The Royal Conservatory of Music Professional School, it was renamed in 1997 to honour Glenn Gould, the Toronto-born piano virtuoso and a former pupil. Enrollment is limited to 130,[31] and The School is supported by funding from the Department of Canadian Heritage through the National Arts Contribution Program.[32]

The faculty consists of internationally acclaimed performers, teachers, and scholars.[33] More than 125 master classes are presented each year with artists, such as Leon Fleisher, Stewart Goodyear, Anton Kuerti, and James Ehnes.

The Glenn Gould School offers a four-year Performance Diploma in piano, voice, and all orchestral instruments, designed for high school graduates who wish to prepare for a career as a performer. An articulation agreement with Thompson Rivers University also gives students the opportunity to obtain a Bachelor of Music degree. The Artist Diploma is a two-year postbachelor program for piano, voice, orchestral instruments, performance, and pedagogy.[34][35] The school also offers The Rebanks Family Fellowship and Performance Diploma Program, a one-year career development program for aspiring classical musicians.[36][37]

The Phil and Eli Taylor Performance Academy for Young Artists

After a competitive audition and interview, accepted students are streamed into Junior, Intermediate, or Senior Academy programs. This comprehensive program develops performance skills, musicianship, and academic excellence.[38] Most Academy activities take place on Friday evenings and Saturdays but students are expected to practice daily and work on regular assignments. Through the support of private individuals and foundations, financial assistance is available for all students.[39] Alumni of the Academy who have launched successful careers include Peter Simon, Katie Stillman, Eugene Nakamura, Marcin Swoboda, Janice LaMarre, Marta and Irena Kretchkovsky, and Karen Ouzounian.

The Royal Conservatory School offers individual and group instruction in classical, popular, folk, jazz, and world music, to people of all ages and abilities.[40] The school also offers music appreciation sessions as well as training programs for teachers and artists.[41][42]

In October 2013 The Royal Conservatory launched The Marilyn Thomson Early Childhood Education Centre, with an aim of spreading online learning in music to young children.[43] Named for donors Michael and Sonja Koerner, Koerner Hall opened in September 2009 and houses 1,135 seats. It was designed by KPMB Architects, under the direction of Marianne McKenna, theatre consultant Anne Minors Performance Consultants, and acoustics company Sound Space Design. It features two balcony tiers above the main orchestra level as well as a third technical balcony.[45] Koerner Hall's signature element is an acoustically transparent veil of twisting oak strings that forms the backdrop for the chorus at the first balcony level, then hovers over the stage below the fixed acoustic canopy, extending into and over the hall at the technical balcony level.[46] Completion of the project also includes three tiers of glass fronted lobbies overlooking Philosopher's Walk, back-of-house areas for performers, a ground-floor café, and installation of a unique collection of antique musical instruments donated by the Koerner family and valued at $1 million.[47] Each level is also equipped to host a variety of private functions.

Mazzoleni Concert Hall has 6,000 square feet (560 m2) and 237 seats.[48] When it opened in 1901, it was known as Castle Memorial Hall. At that time it had a chapel with stained glass windows on the ground floor level and a library on the lower level. By the 1960s, the University of Toronto, which used the space as a lecture hall, had bricked up the windows and removed a rear balcony.[49] In 1996, restoration began. Mazzoleni Concert Hall was named in honour of Ettore Mazzoleni, a former principal of the conservatory.[50] "A granite cube which floats above Bloor Street,"[51] this multipurpose performance and event space is located on level 2 of the TELUS Centre for Performance and Learning. It has space for up to 150 seats and is designed to accommodate a range of functions, including special events, performance, rehearsals, and "Learning Through the Arts(TM)" activities.[52] In scale and proportion, the Conservatory Theatre replicates the acoustic quality and stage size of Koerner Hall to prepare students for live performance. The venue is named in honour of James and Louise Temerty.[53]

Established in 2002, the ARC Ensemble (Artists of The Royal Conservatory) is composed of senior faculty members of the conservatory's Glenn Gould School in Toronto and led by artistic director Simon Wynberg.[54]

The ensemble has been nominated for three Grammy Awards. Its current album, dedicated to the works of Polish-American composer Jerzy Fitelberg,[55] was nominated in the categories of Best Chamber Music Performance and Producer of the Year, Classical (David Frost). The ensemble has also received Grammy nominations for its 2007 recording On the Threshold of Hope, and its 2008 album Right Through The Bone, devoted to the music of German-Dutch composer Julius Röntgen.[56][57] Notable teachers at The Royal Conservatory include:

Honorary Fellows of The Royal Conservatory

An Honorary Fellowship is the highest honour awarded by The Royal Conservatory. It is presented to outstanding Canadian and international artists and individuals who have made significant contributions to arts and culture in Canada and around the world.

Royal Conservatory of Music
All About RCM Exams: The Whats, the whens, the hows, etc.
Watch   Add to List   Share 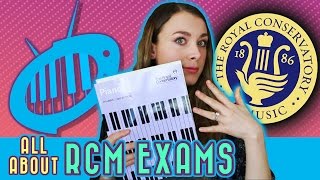 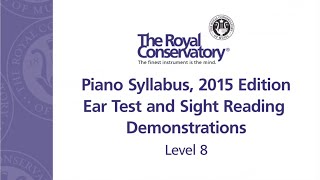 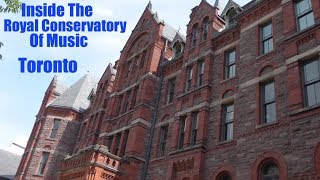 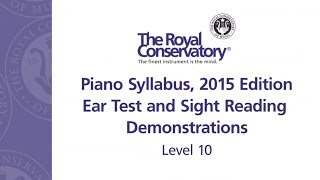 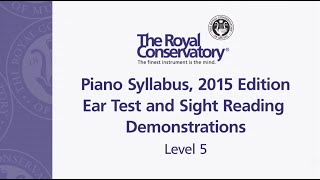 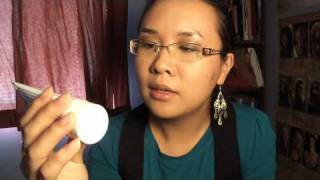 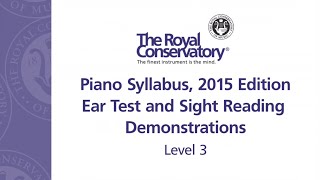 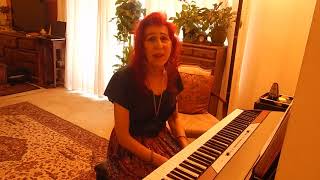 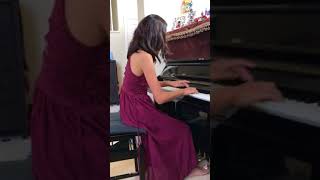 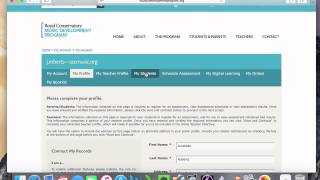 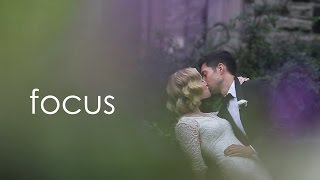 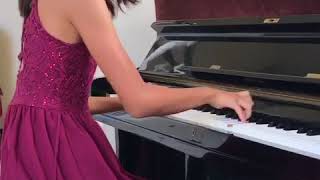 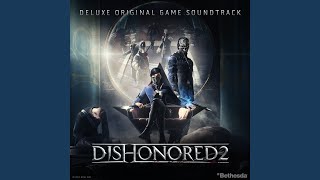 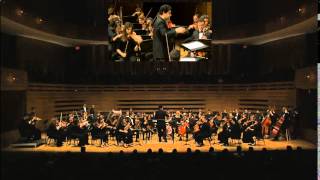 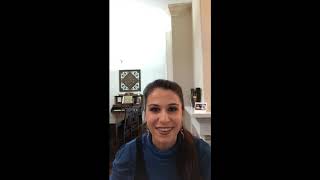 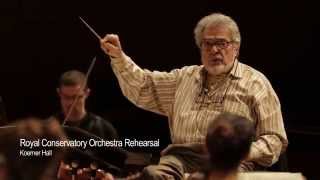