Roger Kynard "Roky" Erickson (born July 15, 1947) is an American singer-songwriter, harmonica player, and guitarist from Texas. He was a founding member of The 13th Floor Elevators and a pioneer of the psychedelic rock genre.[1]

Erickson was interested in music from his youth: he played piano from age 5 and took up guitar at 10. He attended school in Austin and dropped out of Travis High School in 1965, one month before graduating, rather than cut his hair to conform to the school dress code.[2] His first notable group was The Spades, who scored a regional hit with Erickson's "We Sell Soul"; the song is included as an unlisted bonus track on Erickson's 1995 All That May Do My Rhyme CD and was adapted as "Don't Fall Down" by the 13th Floor Elevators for their first album. The Spades' original version of "You're Gonna Miss Me", later a hit for 13th Floor Elevators, was featured on the compilation album The Best of Pebbles Volume 1.

Erickson co-founded the 13th Floor Elevators in late 1965.[] He and bandmate Tommy Hall were the main songwriters. Early in her career, singer Janis Joplin considered joining the Elevators, but Family Dog's Chet Helms persuaded her to go to San Francisco instead, where she found major fame.

In 1966 (Erickson was 19 years old) the band released their debut album The Psychedelic Sounds of the 13th Floor Elevators. The album had the band's only charting single, Erickson's "You're Gonna Miss Me". A stinging breakup song, the single remains probably Erickson's best-known work: it was a major hit on local charts in the U.S. southwest, and appeared at lower positions on national singles charts as well. Critic Mark Deming writes that "If Roky Erickson had vanished from the face of the earth after The 13th Floor Elevators released their epochal debut single, "You're Gonna Miss Me", in early 1966, in all likelihood he'd still be regarded as a legend among garage rock fanatics for his primal vocal wailing and feral harmonica work."[3]

In 1967, the band followed up with Easter Everywhere, perhaps the band's most focused effort, featuring "Slip Inside This House", and a noted cover of Bob Dylan's "It's All Over Now, Baby Blue".

The album Live was put out in 1968 by International Artists. It featured audience applause dubbed over studio recordings of cover versions, alternate takes, and older material, and it had little to no input from the band.

Bull of the Woods, released in 1969, was the 13th Floor Elevators' last released album on which they worked as a group and was largely the work of Stacy Sutherland. Erickson--due to health and legal problems--and Tommy Hall were only involved with a few tracks, including "Livin' On" and "May the Circle Remain Unbroken".

In 1968, while performing at HemisFair, Erickson began speaking gibberish. He was soon diagnosed with paranoid schizophrenia and sent to a Houston psychiatric hospital, where he involuntarily received electroconvulsive therapy.[2]

The Elevators were vocal proponents of LSD, mescaline, DMT[] and marijuana use,[] and were subject to extra attention from law enforcement agencies. In 1969, Erickson was arrested for possession of a single marijuana joint in Austin. Facing a potential ten-year incarceration, Erickson pleaded not guilty by reason of insanity to avoid prison. He was first sent to the Austin State Hospital. After several escapes, he was sent to the Rusk State Hospital in Rusk, Texas, where he was subjected to more electroconvulsive therapy and Thorazine treatments, ultimately remaining in custody until 1972. Six tracks from the 1999 Erickson collection Never Say Goodbye were recorded during his time there.

In 1974, after having been released from state hospital, Erickson formed a new band which he called "Bleib alien", Bleib being an anagram of Bible and/or German for "stay," and "Alien" being a pun on the German word allein ("alone") - the phrase in German therefore being "remain alone." His new band exchanged the psychedelic sounds of The 13th Floor Elevators for a more hard rock sound that featured lyrics on old horror film and science fiction themes. "Two Headed Dog (Red Temple Prayer)" (produced by The Sir Douglas Quintet's Doug Sahm and inspired by Vladimir Demikhov's 1950s head transplant experiments) was released as a single.

The new band was renamed Roky Erickson and the Aliens. In 1979, after playing with the Reversible Cords on May Day at Raul's, Erickson recorded 15 new songs with producer Stu Cook, former bass player of Creedence Clearwater Revival. These efforts were released in two "overlapping" LPs - "I Think of Demons" (CBS UK, 1980) and "The Evil One" (415 Records, 1981). Cook played bass on two tracks, "Sputnik" and "Bloody Hammer." Roky performed with The Nervebreakers as his backup band at The Palladium in Dallas in July 1979. A recording was issued on the French label New Rose and was recently re-issued elsewhere.

The Austin-based band the Explosives served as Roky's most frequent back-up band during the early Raul's Club era, between 1978 and the early 1980s. Billed as Roky Erickson and the Explosives, they were regulars at Raul's, the Continental Club, and other Austin venues. It was this incarnation that contributed two live tracks to the first "Live at Raul's" LP, released in 1980, with other Raul's top bands: The Skunks, Terminal Mind, The Next, Standing Waves, and The Explosives (without Roky Erickson). The Roky Erickson tracks ("Red Temple Prayer" and "Don't Shake Me Lucifer") were not included on the initial release for contractual reasons, but were included on a later release.[4] In 1982, Erickson asserted that a Martian had inhabited his body. He came to feel that, due to his being alien, human beings were attacking him psychically. A concerned friend enlisted a Notary Public to witness an official statement by Erickson that he was an alien; he hoped by declaring so publicly he would be in line with any "international laws" he might have been breaking. Erickson claimed the attacks then indeed stopped.

Beginning in the 1980s, Erickson developed a years-long obsession with the mail, often spending hours poring over random junk mail, writing to solicitors and celebrities (dead or living). He was arrested in 1989 on charges of mail theft. Erickson had picked up mail from neighbors who had moved and taped it to the walls of his room. He insisted that he never opened any of the mail, and the charges were ultimately dropped.

Several live albums of his older material have been released since then, and in 1990 Sire Records/Warner Bros. Records released a tribute album, Where The Pyramid Meets The Eye: A Tribute to Roky Erickson, produced by WB executive Bill Bentley. It featured versions of Erickson's songs performed by The Jesus and Mary Chain, R.E.M., ZZ Top, Poi Dog Pondering, Julian Cope, Butthole Surfers, Bongwater, John Wesley Harding, Doug Sahm, and Primal Scream, among others. According to the liner notes, the title of the album came from a remark Erickson made to a friend who asked him to define psychedelic music, to which Erickson reportedly replied "It's where the pyramid meets the eye, man," an apparent reference to the Eye of Providence and the Great Seal of the United States.

Roky Erickson and the Explosives at Bumbershoot festival (2007). In 1995, Erickson released All That May Do My Rhyme on Butthole Surfers drummer King Coffey's label Trance Syndicate Records. Produced by Texas Tornados bassist Speedy Sparks, Austin recording legend Stuart Sullivan, and Texas Music Office director Casey Monahan, the release coincided with the publication of Openers II, a complete collection of Erickson's lyrics. Published by Henry Rollins's 2.13.61 Publications, it was compiled and edited by Casey Monahan with assistance from Rollins and Erickson's youngest brother Sumner Erickson, a classical tuba player.

Sumner was granted legal custody of Roky in 2001, and established a legal trust to aid his brother. As a result, Roky received some of the most effective medical and legal aid of his life, the latter useful in helping sort out the complicated tangle of contracts that had reduced royalty payments to all but nothing for his recorded works. He also started taking medication to control his schizophrenia.

A documentary film on the life of Roky Erickson titled You're Gonna Miss Me was made by director Keven McAlester and screened at the 2005 SXSW film festival. In September of the same year, Erickson performed his first full-length concert in 20 years at the annual Austin City Limits Music Festival with The Explosives with special guest and longtime associate Billy Gibbons of ZZ Top.

In the December 30, 2005 issue of the Austin Chronicle, an alternative weekly newspaper in Austin, Texas, Margaret Moser chronicled Erickson's recovery, saying Erickson had weaned himself off his medication, played at 11 gigs in Austin that year, obtained a driver's license, bought a car (a Volvo), and voted.

In 2007, Erickson played his first ever gigs in New York City at Southpaw in Brooklyn, NY, as well as California's Coachella Festival and made a debut performance in England to a capacity audience at the Royal Festival Hall, London. Roky continued to play in Europe, performing for the first time in Finland at Ruisrock festival. According to the article in Helsingin Sanomat June 8, 2007, the performance was widely considered the highlight of the festival day.[5]

On September 8, 2008, Scottish post-rock band Mogwai released the Batcat EP. Erickson is featured on one of the tracks, "Devil Rides".[6] Erickson performed alongside Austin-based indie rock band Okkervil River at the Austin Music Awards in 2008 and then again at the 2009 South by Southwest music festival.[7]

Erickson returned to the stage in 2008 to perform songs from the 13th Floor Elevators catalog that had not been performed in decades with fellow Austinites The Black Angels as his backing band. After months of practices and time recording in an Austin studio, they performed a show in Dallas followed by a West Coast tour. The Black Angels played a regular set and then backed Erickson as his rhythm section, playing 13th Floor Elevators songs as well as songs from Erickson's solo albums.

On April 20, 2010, Erickson released True Love Cast Out All Evil, his first album of new material in 14 years. Okkervil River serves as Erickson's backing band on the album.[8]

In March 2012 Roky Toured New Zealand and Australia for the first time headlining Golden Plains Sixxx Festival in Meredeth as well as playing soldout side shows in Sydney and Melbourne.

With the 13th Floor Elevators

Roky Erickson and the Aliens

Roky Erickson and the Resurrectionists 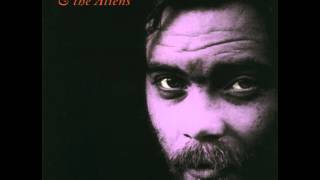 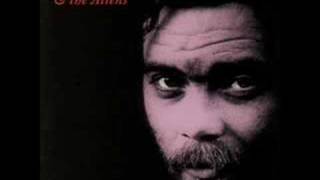 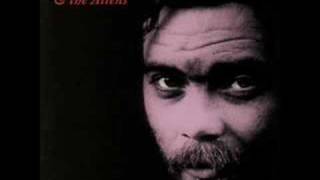 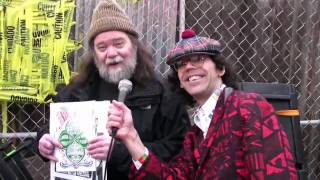 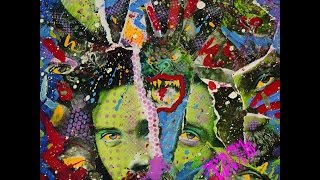 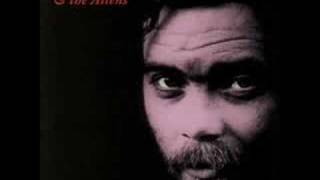 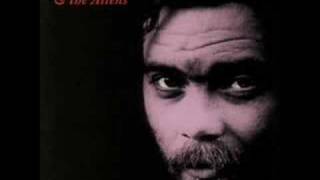 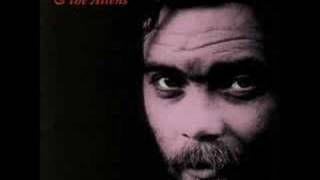 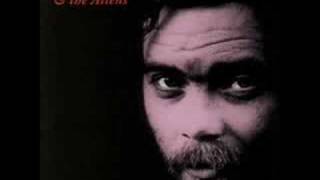 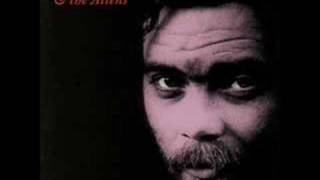 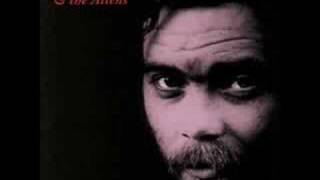 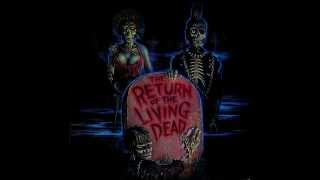 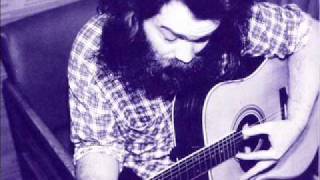 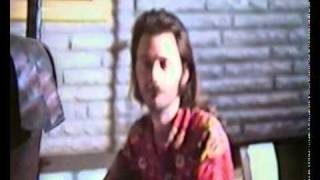 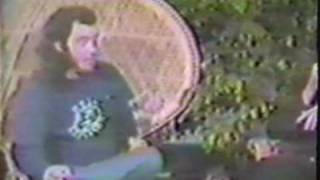