Richland is a city in Benton County in the southeastern part of the State of Washington, at the confluence of the Yakima and the Columbia Rivers. As of the 2010 census, the city's population was 48,058. July 1, 2017, estimates from the Census Bureau put the city's population at 57,303.[7] Along with the nearby cities of Pasco and Kennewick, Richland is one of the Tri-Cities, and is home to the Hanford nuclear site.

In 1904-1905, W.R. Amon and his son Howard purchased 2,300 acres (9 km2) and proposed a town site on the north bank of the Yakima River. Postal authorities approved the designation of this town site as Richland in 1905, naming it for Nelson Rich,[8] a state legislator and land developer. In 1906, the town was registered at the Benton County Courthouse. It was incorporated on April 28, 1910, as a Washington Fourth Class City. Richland during the early days of the Hanford project

Richland was a small farm town until the U.S. Army purchased 640 sq mi (1,660 km2) of land - half the size of Rhode Island - along the Columbia River during World War II, evicting the 300 residents of Richland as well as those of the now vanished towns of White Bluffs and Hanford just upriver. The army turned it into a bedroom community for the workers on its Manhattan Project facility at the nearby Hanford Engineering Works (now the Hanford site). The population increased from 300 in July and August 1943 to 25,000 by the end of World War II in August 1945. All land and buildings were owned by the government. Housing was assigned to residents and token rent was collected; families were assigned to houses or duplexes; single people were placed in apartments or barracks. Everything necessary was provided, from free bus service to light bulbs, and trees were planted in people's yards by the government. Much of the city was planned by Spokane architect Gustav Albin Pherson and overseen by the Army Corps of Engineers. While there were dormitories and barracks built at the time, prefabricated duplexes and single family homes are all that survive today. Because homes were allocated based on family size and need, there were a number of floorplans available. These were each identified by a letter of the alphabet, and so came to be known as alphabet houses. [9]

In 1954 Harold Orlando Monson was elected the first mayor of Richland and traveled to Washington, D.C. to negotiate increased rights (such as private home ownership) for citizens in military cities across the country.

The end of the war

With the end of the war, the Hanford workers' camp, originally located fifteen miles (24 km) north of Richland at the old Hanford town site, was closed down. Although many of the workers moved away as the war effort wound down, some of them moved to Richland, offsetting the depopulation that might otherwise have occurred.

Fears that the Soviet Union's intentions were aggressive set off the Cold War in 1947. The capacity to produce plutonium was increased beginning in 1947. When the Soviet Union developed and tested their first nuclear weapon in 1949, the U.S. nuclear program was reinvigorated. A second post-WW II expansion began in 1950 as a result of the war in Korea. Richland's Cold War construction boom resulted in Richland's population growing to 27,000 people by 1952. Many of these people lived in a construction camp of trailers located in what is now north Richland. With time, these trailers were vacated and the core city grew. Others lived at Camp Columbia near Horn Rapids until the camp was closed in 1950. In 2005 several dozen houses built in the northern part of the core city during this boom were added to the National Register of Historic Places as the Gold Coast Historic District.

The government got out of the landlord business in 1957 when the real estate was sold to the residents. Most of the people lived in duplexes; senior tenants were given the option to purchase the building; junior tenants were given the option to purchase lots in a newly platted area of north Richland. Richland was incorporated in 1958 as a chartered First Class City, an open self-governed city. As part of the transition, large areas of undeveloped land became city property. Richland's financial dependency on the federal Hanford facility changed little at this time because Hanford's mission as a weapons materials production site continued during the Cold War years. At some point, documents and photographs of the Hanford military facilities became declassified by the U.S. government. Those digitized records are considered to be in the public domain, and are hosted on the online Hanford Document Retrieval System.[10] Historical events, such as a visit to the property by President Richard Nixon, are also stored on the database.

After the production boom The former Richland City Hall, which has now been demolished. Exercise class in a multipurpose room of the Community Center

The Richland Community Center is adjacent to Howard Amon Park, on the east side of the Columbia River. The building was designed by ARC Architects of Seattle, Washington. Many of its rooms have views of the park and Columbia River, which make it a venue for weddings and receptions, family reunions, birthday parties, business, and community meetings. The rooms are also used for a variety of general education and personal enrichment classes including courses in computer/technology, health & fitness, dance, arts & crafts, dog training, home & gardening, language lessons, and martial arts. The Community Center also serves as a gathering place for group recreation and gaming: cribbage, pinochle, bridge, pool, dominoes, and a host of other social activities are available to the public at large.

More recently, the Richland Community Center has hosted a number of important civic events including the Green Living Awards[11] and the Fall Carnival.[12]

As of 2016 the city was planning to rebuild its current city hall to across Jadwin Avenue into the parking lot of the United States Federal courthouse. This decision also includes moving the fire station, which is currently across George Washington Way, to the current site of city hall. The current city hall would be sold to eligible businesses.[13]

After the end of World War II Richland continued to be a center of production and research into nuclear energy and related technology.

It has been the home of Pacific Northwest National Laboratory (PNNL) since 1965. One of the two Laser Interferometer Gravitational-Wave Observatory sites is located immediately north of Richland. Numerous smaller high technology business and expert consultants have grown up around the Richland technology center as well.

Richland is home to the largest cold-storage facility on Earth--which is also one of the largest buildings on Earth by volume.

Agriculture is important in the Richland area; the Tri-Cities area of the Columbia Basin grows excellent produce.[tone] Richland hosts an important food processor, ConAgra/Lamb-Weston, which processes potatoes and other foods.

The Tri-City Industrial Development Council promotes both agricultural related and technology related industries in the region.

According to Richland's 2014 Comprehensive Annual Financial Report,[15] the top employers in the city are:

Washington State University, Tri-Cities, established in North Richland in 1989, sits on the western bank of the Columbia River. The university offers undergraduate and graduate degree programs. It first admitted freshmen and sophomores in the fall of 2007. There are three 18-hole golf courses and one 9-hole course in the area.[]

Richland has developed a number of parks, several of them fronting on the Columbia and Yakima Rivers. The rivers provide boating, water skiing, fishing, kayaking and waterfowl hunting opportunities.[]

Richland is included in a bike trail system in the Tri-Cities which is named The Sacagawea Heritage Trail. The trail is a scenic river ride along the Columbia River through the Tri-Cities of Kennewick, Richland and Pasco. It is a 23-mile multipurpose blacktop loop trail on both sides of the river from Sacagawea State Park at the confluence of the Snake and Columbia Rivers up to the I-182 bridge at the Columbia Point Marina on the upper end. Three bridges join the trails on both sides, providing a number of ride options. There are numerous trailheads and access parking spots along the route.

Richland lies within a semi-arid, shrub-steppe environment, and has a number of interesting natural areas within or adjacent to the city:

Sweeping views of Queensgate, Downtown, and North Richland as seen from Badger Mountain.

Richland receives about 7 inches (180 mm) of precipitation per year, giving it a desert climate and resulting in a shrub-steppe environment. Summers are hot with infrequent thunderstorms, while blowing dust and dust storms are not unheard of in the area during the dry summer months. Winters are milder than all of Eastern Washington with snow falling only occasionally. The greatest snow depth ever recorded was 14 inches (360 mm) in January 1980, although a depth of 13 inches (330 mm) was measured on January 9, 2017.

Based on per capita income, one of the more reliable measures of affluence, Richland ranks 83rd of 522 areas ranked in the state of Washington--the highest rank achieved in Benton County.

There were 19,707 households of which 31.0% had children under the age of 18 living with them, 51.6% were married couples living together, 10.0% had a female householder with no husband present, 4.2% had a male householder with no wife present, and 34.2% were non-families. 28.2% of all households were made up of individuals and 10.1% had someone living alone who was 65 years of age or older. The average household size was 2.42 and the average family size was 2.97.

There were 15,549 households out of which 34.1% had children under the age of 18 living with them, 56% were married couples living together, 9.3% had a female householder with no husband present, and 31.3% were non-families. 27.2% of all households were made up of individuals and 9.4% had someone living alone who was 65 years of age or older. The average household size was 2.48 and the average family size was 3.02. 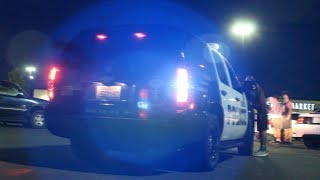 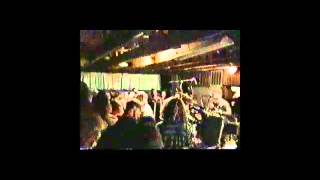 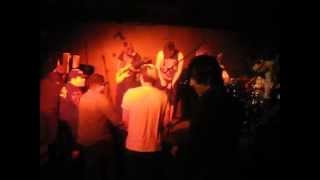 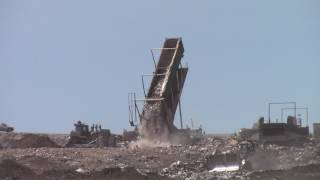 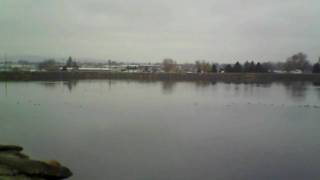 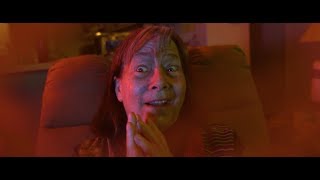 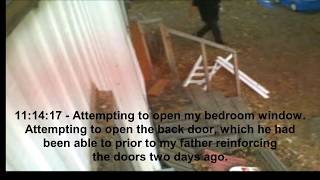 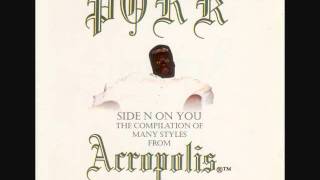 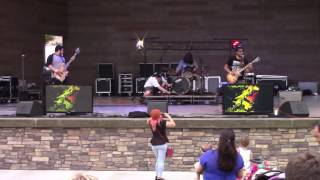 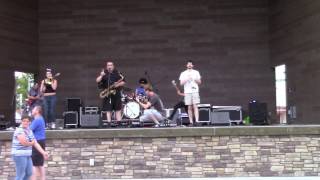 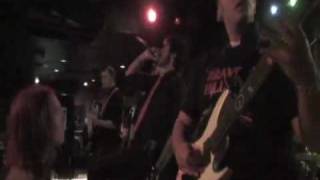 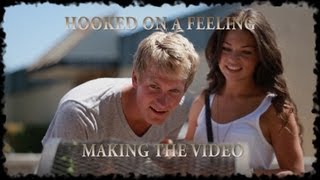 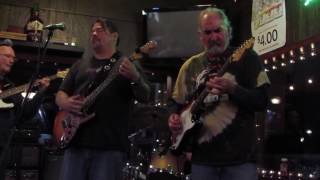 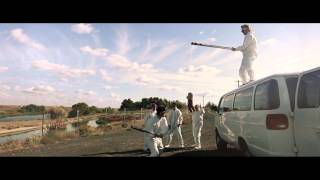 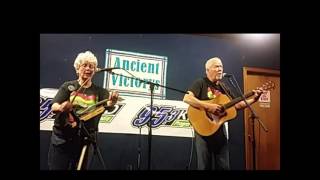 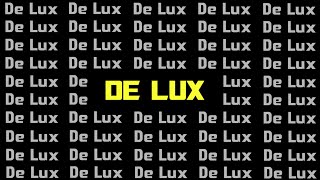 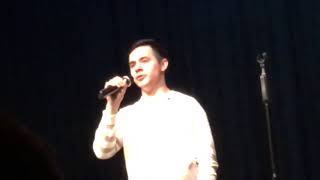 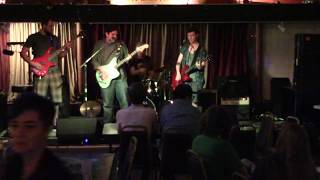 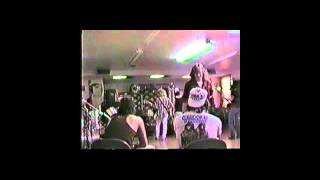